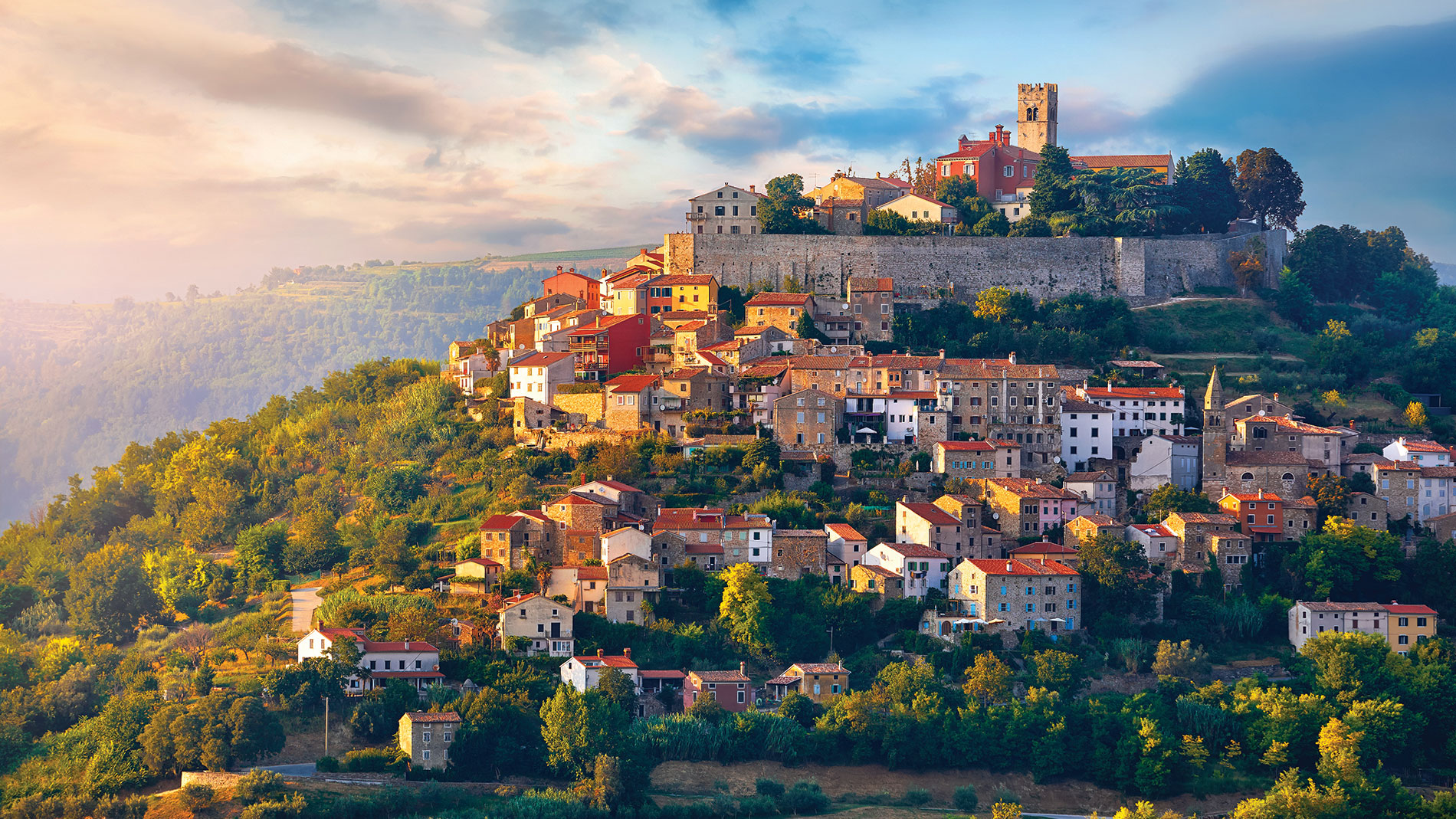 Dijana Groth of Novella Wine Bar​ in St. Louis takes us on a tour of Eastern European wine

Winemaking has been a part of Eastern European culture for millennia, yet the region’s diverse offerings remain under the radar. Novella Wine Bar’s Dijana Groth guides us through some of the area’s most notable winemaking regions and introduces us to its indigenous grapes.

While on their honeymoon in Croatia, Dijana Groth and her husband happened across an elderly farmer tending olive groves near an abandoned village. He offered the couple some of his homemade wine and, for Groth, it was love at first taste.

Groth grew up not far from that olive grove, in present-day Bosnia-Herzegovina, and as a child she spent summers in Croatia visiting family. But she left the region before she had a chance to explore its rich wine culture, immigrating to St. Louis as a teenager in 1979. She never expected she would end up as the owner of a St. Louis bar specializing in wines from where she spent her childhood in Bosnia-Herzegovina, Croatia and neighboring Slovenia, but that honeymoon sip was the first step on her path to opening Novella Wine Bar in South City.

The remark she hears most often from customers is that they didn’t know wine was made in Eastern Europe.
“Well, they’ve been making wine there for over 2,500 years,” she explained. While the region may be unfamiliar to many wine lovers in the United States, one look at a map shows it borders more famous wine-producing European nations like Italy and Austria. Given this geography, it makes sense these countries would also produce great wine.

Groth said in recent years she has seen many new boutique wineries open that are “staying true to [the region’s] indigenous grapes but making really great wine.” It’s taken time for these small wineries to produce enough for export, but they’re finally finding their way onto Novella’s shelves. Tourism has been booming, and since Croatia joined the European Union in 2013, the wine is more available internationally. Groth is enthusiastic about what’s happening in the area and the future of its wine culture. “I feel like the quality is much, much better,” she said.

One of the region’s best known indigenous grapes is the plavac mali, the most expensive of which, according to Groth, are produced on the Dingač slope, a protected region located on a steep mountain overlooking the Adriatic Sea. The grapes there grow on old vines that produce less fruit and receive bright, direct sunlight along with light that reflects off the sea and rocky terrain. Together, these factors intensify their flavor; the resulting wine is concentrated and full-bodied, with notes of dry figs and spice. The wild lavender and rosemary that grow around the vines also contribute to the wine’s distinctive terroir.

In addition to Dingač, Croatia has two other wine growing regions: Slavonia and Istria. The former borders Hungary, has a much cooler climate and produces the majority of the country’s white wines, primarily made from the indigenous graševina grape. Istria, which extends across Croatia’s border into neighboring Slovenia along the Adriatic, produces wines from recognizable grapes like chardonnay and merlot along with many native varietals such as the red teran grape and white malvasia.

The most notable indigenous Slovenian grape is the refošk, which is used in making a complex red wine that, according to Groth, benefits from a little extra aeration. Some winemakers produce a sparkling rosé from refošk as well.

Further south, the Dalmatian coast’s Mediterranean-like climate continues into Bosnia-Herzogovnia’s primary wine-growing region in the country’s southernmost tip. Here the most popular wine is a crisp, mineral white made from the native žilavka grape. Bosnia-Herzogovnia’s largest winery, Čitluk, produces both whites from the žilavka grape and reds from the indigenous blatina, which has grown there since pre-Roman times.

Wines from Croatia and its neighbors are increasingly popular, and Novella offers one of the most extensive selections in town. Since the onset of COVID, the bar has expanded its gorgeous backyard patio to accommodate outdoor drinking and dining and also launched an online shop where many of these wines can be purchased for enjoyment at home. Just because international travel is limited for the time being, doesn’t mean your palate has to be restricted by geography. Swing by Novella and give something new from this ancient wine region a try.

MATOŠEVIĆ GRIMALDA RED
This big, complex merlot-teran blend from the Istria region in Croatia offers pronounced freshness and minerality with notes of red berries, plum, a hint of chocolate and a long finish. $46

VINARIJA  CITLUK KAMENO
Named for its limestone-filled vineyards in Bosnia-Herzegovina, Kameno (which means stony) is a blend of native žilavka and bane grapes. The sophisticated white is mineral, lightly acidic and carries a slight note of lemon. $36

KUTJEVO GRAŠEVINA
Kutjevo is one of Croatia’s oldest and most renowned wineries, dating back to 1232. Grown in the cooler, inland region of Slavonia, this graševina is dry, fresh and zesty, with aromas of apple and very ripe pear. $35

VINAKOPER CAPRIS ROSÉ
The refošk grape is commonly used in making red wines, but appears here in a fantastic sparkling rosé from Slovenia. Notes of raspberry, cherry and red currant are complemented by pleasant, soft bubbles. $35

*All wines are also available to go at a discounted rate