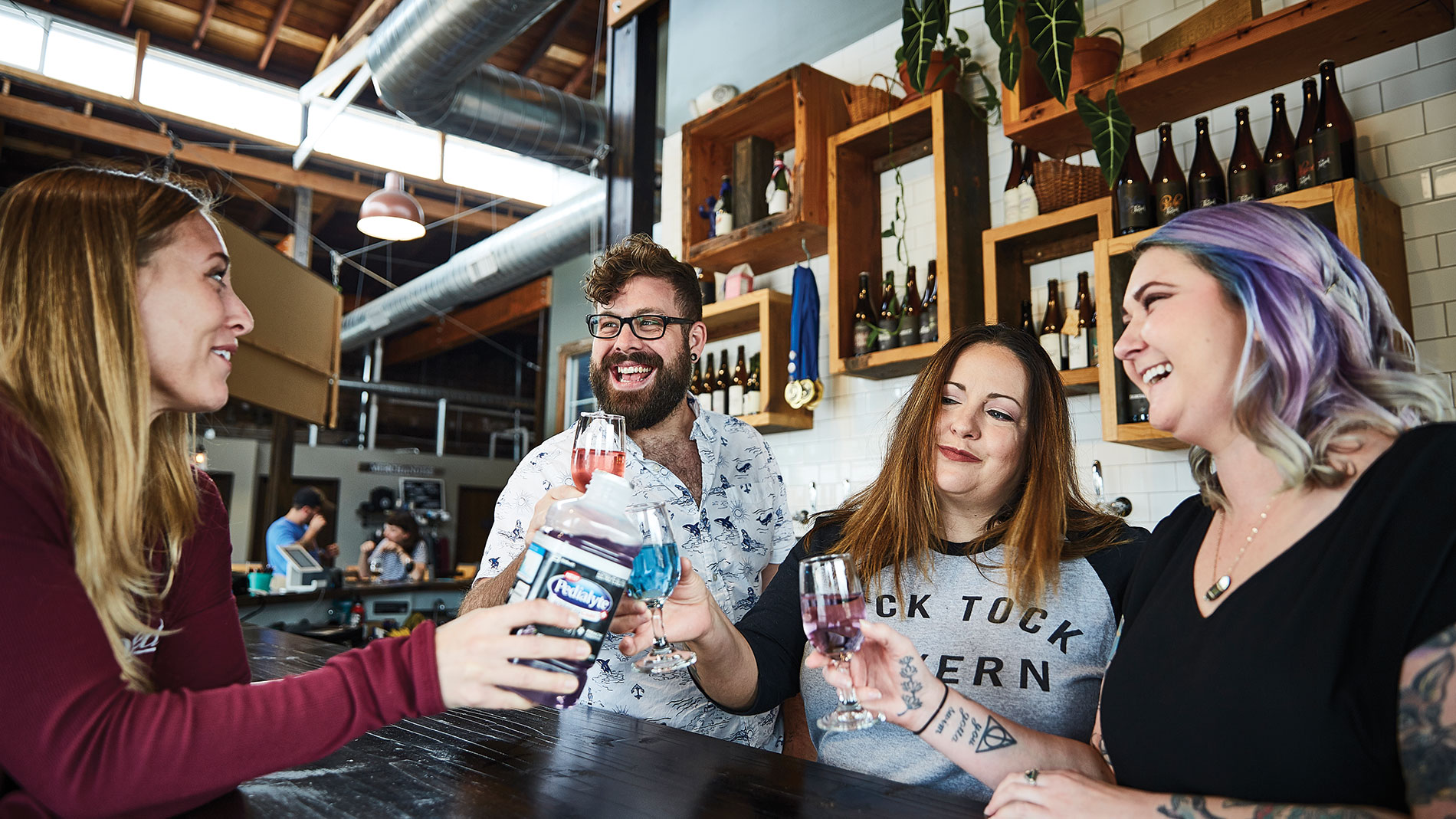 Not everything at your favorite watering holes is available for public consumption. Some bars and breweries have a staff-only stash behind the bar or tucked in the back room to help them get through a long shift.

“We carry it because it makes the staff happy. A lot of us take CBD as it is,” she said. “And then we keep a bottle of whiskey behind the bar for the staff too.”

Manager Shae Smith is the self-proclaimed “seltzer queen at The Side Project Cellar.” She also has electrolyte-packed Pedialyte to assist with hydration.

“We always have La Croix and Pedialyte. We’re always stocked up on the important stuff,” she said.

Planter’s House co-owner Ted Kilgore keeps a cache of international bottles he and his globetrotting staff have brought back from their travels. “[Bartender] Hyannecke van der Pennen is from the Netherlands, so she brought back some Genever. I’ve got stuff I’ve brought back from Mexico like mezcal that ... we drink for special occasions,” he said. “We have some vintage spirits that are back there. For a while, I had Argentinian Fernet.”

South City staple The Royale is known for its cocktails, and owner Steven Fitzpatrick Smith keeps a few off-menu just for his staff. “The first is the Delilah. It’s not an original to The Royale. It is an uncommon variety of the Sidecar,” he said via text message. Da Grizwold is the second, made with bourbon, chartreuse, lemon, pineapple and Aztec bitters. “It is a dream developed by our bartender Matt Grant.”

Yellowbelly co-owner Tim Wiggins keeps his crew happy with Sprezza Rosso, a canned vermouth and soda. “It’s basically like lightly alcoholic Coca-Cola. When we tasted it on the staff, everyone was like, ‘Oh God, we need that,’” he said. “It’s good to have around when people are having a long shift.”

While the beer pours freely at Perennial Artisan Ales, there’s one keg from which only the staff can partake. “A lot of times, it is a preview of something. Maybe we have a new hazy IPA that’s going to be released, so we’ll pull off a keg, force carb it and … drink it before it’s even packaged,” said co-owner Phil Wymore. “Sometimes we’ll trade a keg with a fellow brewery that we’re friendly with. They don't have distribution here, so we can’t legally tap and sell [it, so] we’ll just drink it.”

Busch cans are also on standby at the Carondelet brewery, as are a few more unsavory options behind the bar. “Sometimes, there might be a bottle of Malort when we’re feeling like being masochists,” Wymore said.