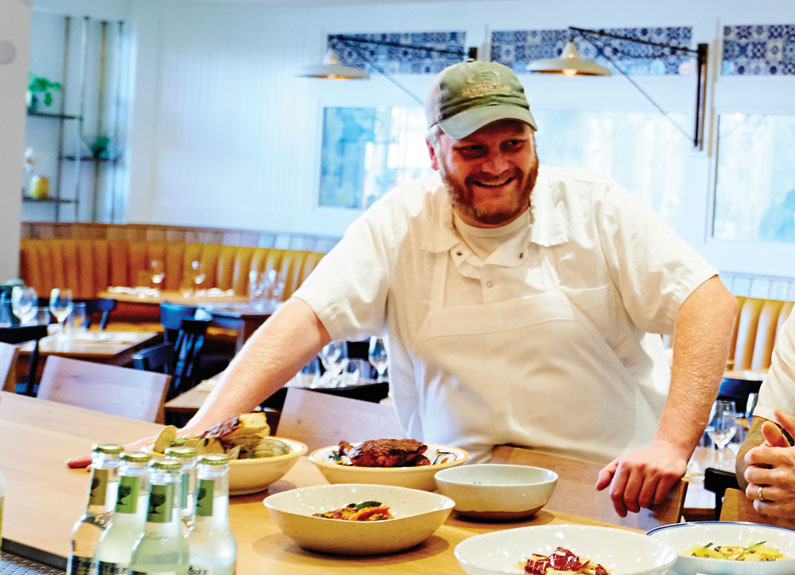 Chef Nick Blue takes over at Boundary, Basso at The Cheshire

A veteran St. Louis chef has quietly stepped into his next culinary role. Nick Blue, who served as executive chef at Sardella and most recently sous chef at Sugarfire Smoke House, has taken the mantle of executive chef at Boundary and Basso at The Cheshire, effective Saturday, Jan. 6.

Blue said one of the main attractions for joining Boundary and Basso was the chance to be back on the line on a regular basis.


“I loved Sugarfire and all of the people there,” Blue said. “But I missed the cooking aspect of being on the line and the rush of that.”


Though Blue has been at the helm for more than a month, he didn’t announce his new role until recently. “I wanted to keep things quiet until I got the first menu done,” he said.

That menu – Boundary’s dinner bill of fare – has launched, featuring dishes like agnolotti stuffed with ricotta and a filet mignon with soy-glazed onion and potato confit, a nod to Blue’s own love of straight-ahead meat and potatoes. Blue described the result as “very American and approachable” and said it represents an almost complete revamp from the previous version.


“I feel like some items [on the Boundary menu] were stuck way back when,” Blue said. “I think it’s more modern now than it was before. ”


Next, Blue said he plans to introduce new menus for lunch and brunch service. He said he won’t do much to the Basso menu, noting that sous chef Ryan Cooper has done a good job of keeping it on point, and he looks forward to collaborating with Cooper in the future.