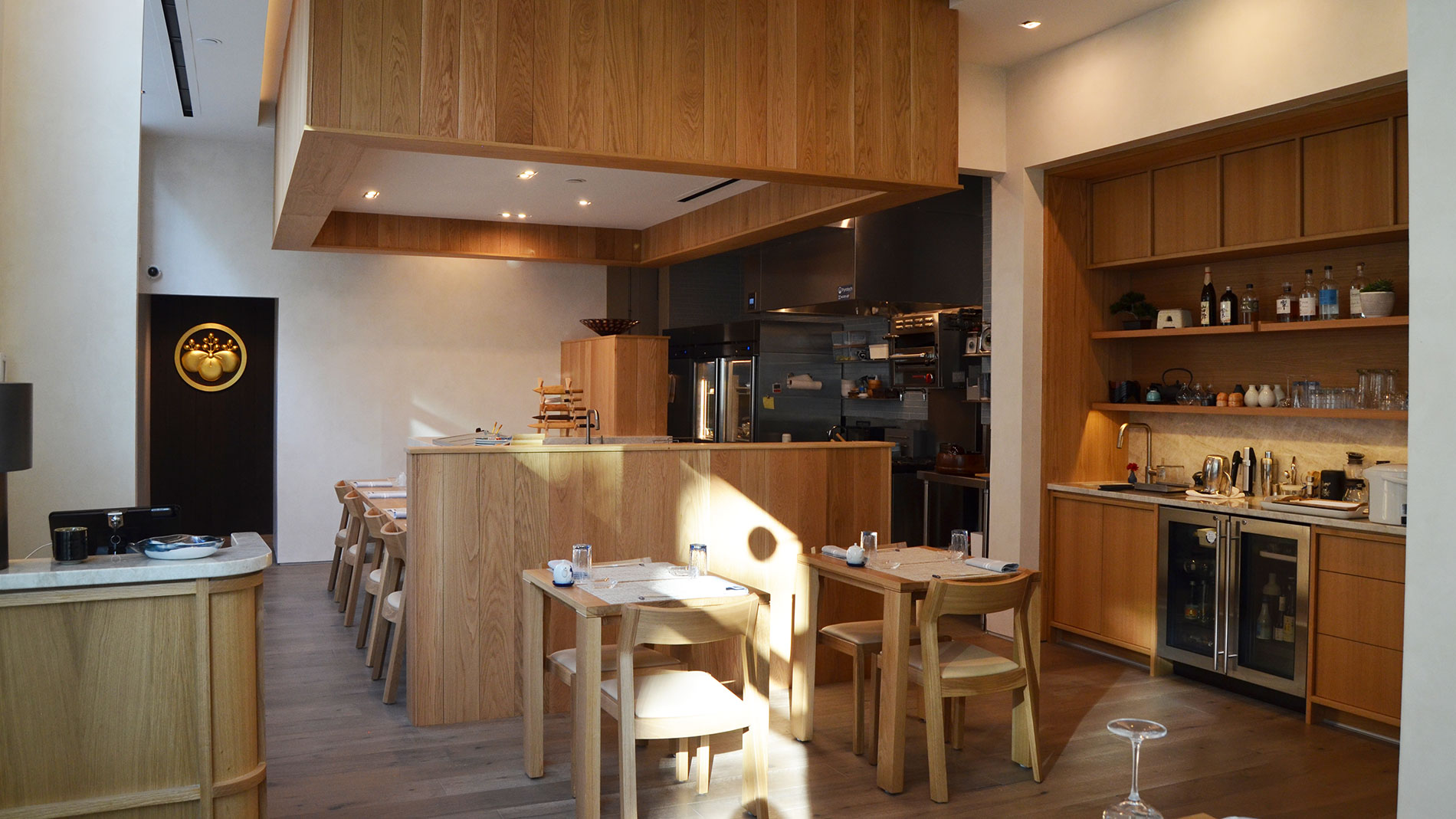 Nobu’s opened its new location at 6253 Delmar Blvd. on the Loop in late October, more than a year after closing its previous restaurant in University City. The reimagined Nobu’s offers multicourse omakase meals, with the emphasis on sushi and sashimi.

Nobu’s former location at 8643 Olive Blvd. was one of many businesses that were forced to close to make way for the recently opened Costco in University City. Following the restaurant’s closure in July 2021, the Kidera family secured the new location on the Loop, a former Subway which had to be gutted before construction could begin.

Interior designer Alexander (Sasha for short) Malinich has created an impressive dining room out of the 964-square-foot space. The six-seat sushi bar combines light wood with a marble-like quartzite countertop. Those natural wood tones dominate the space, from the paneling on the ceiling and around the kitchen to the tables and chairs. The paneling and tables were created by David Stine Furniture, while the chairs came from Chicago firm Design Within Reach. There are also wood features courtesy of Lancia Brothers Woodworking, glassware by Sam Stang and Kaeko Maehata of Augusta Glass Studio, and walls finished by Beth Warnecke of Classic Creations Painting. The space can seat 18 diners, with only three tables in addition to the sushi bar.

In Japanese dining, omakase means that rather than ordering from a menu, the diner lets the chef decide what to serve up – the word omakase translates directly as “I’ll leave it up to you.” “I think our omakase is catered toward what people in the St. Louis community like to eat in general,” co-owner George Kidera said. “So our core omakase in terms of the fish lies in the tuna, salmon, yellowtail, shrimp, those things that people generally like to eat. Then we'll throw in some seasonal items here and there, and exotic seafood like sea urchin, monkfish, horse mackerel or red snapper.”

Nobu’s currently offers three tiers of omakase experiences: three courses ($80), four courses ($120) or six courses ($160). Customers have a number of choices within each category. The omakase meals typically include a sashimi course and a soup, and other courses could include nigiri (sushi on rice), maki rolls, tempura or fish dishes like the silver cod (gindara) with saikyo miso.

Two bento box to-go options are also available. The sushi omakase set offers 10 pieces of nigiri and two maki rolls, while the chirashi includes an assortment of sashimi, cooked seafood and mixed vegetable condiments served on a bed of sushi rice. The to-go options are only available on Tuesday, Wednesday and Thursday, and must be ordered in advance via the reservation platform for collection at 5 p.m.

Kidera said the omakase concept allows Nobu’s to focus on a tighter range of ingredients than was the case at the previous location. “We served a lot of different proteins – beef, chicken, pork and seafood – and I think it was a lot to manage,” he said. The more streamlined format also makes the restaurant more sustainable for Kidera’s parents, Noboru “Nobu” Kidera and Taeko Kidera, who have been in the industry since 1987. “My parents have been in the business for a while now, and downsizing was probably ideal too because we just can't do the volume but still stay consistent,” George Kidera said.

If it’s not already clear, regular guests at the old Nobu’s should note that they’re not going to find all their old favorites on the menu at the new Nobu’s. The kitchen’s focus is on seafood and vegetables, to the exclusion of meat dishes, and the omakase format at present means there are no a la carte ordering options. However, Kidera said that a limited a la carte menu may be added in future.

He also said guests who are missing a favorite item from the old menu can request that dish or dishes when they make their reservations, and the restaurant will try to accommodate. “We can make anything from the previous menu other than ramen, as long as when you make that reservation, you add that in the comment section … we can make those things but they're just not officially on our menu right now,” Kidera said.

The drink list offers a number of sakes, as well as Japanese whiskey and a selection of beers and natural wines. Kidera said that he hopes to add to that sake selection in the coming months, and perhaps one day to stock a few Japanese grape wines. Nobu’s is also keen to collaborate with other local businesses, enlisting Big Heart Tea Co. and Sump Coffee among its suppliers. The restaurant also makes a green tea ice cream in-house, a blend of products from Big Heart Tea and Clementine’s Naughty & Nice Creamery.

Nobu’s is currently open from Tuesday to Saturday, and hosts two seatings every night: 5:30 p.m. and 7:30 p.m. Reservations are strictly required – Kidera said maintaining a strict reservation-only policy allows the restaurant to manage orders and preparation with greater precision. Reservations are available via Tock. 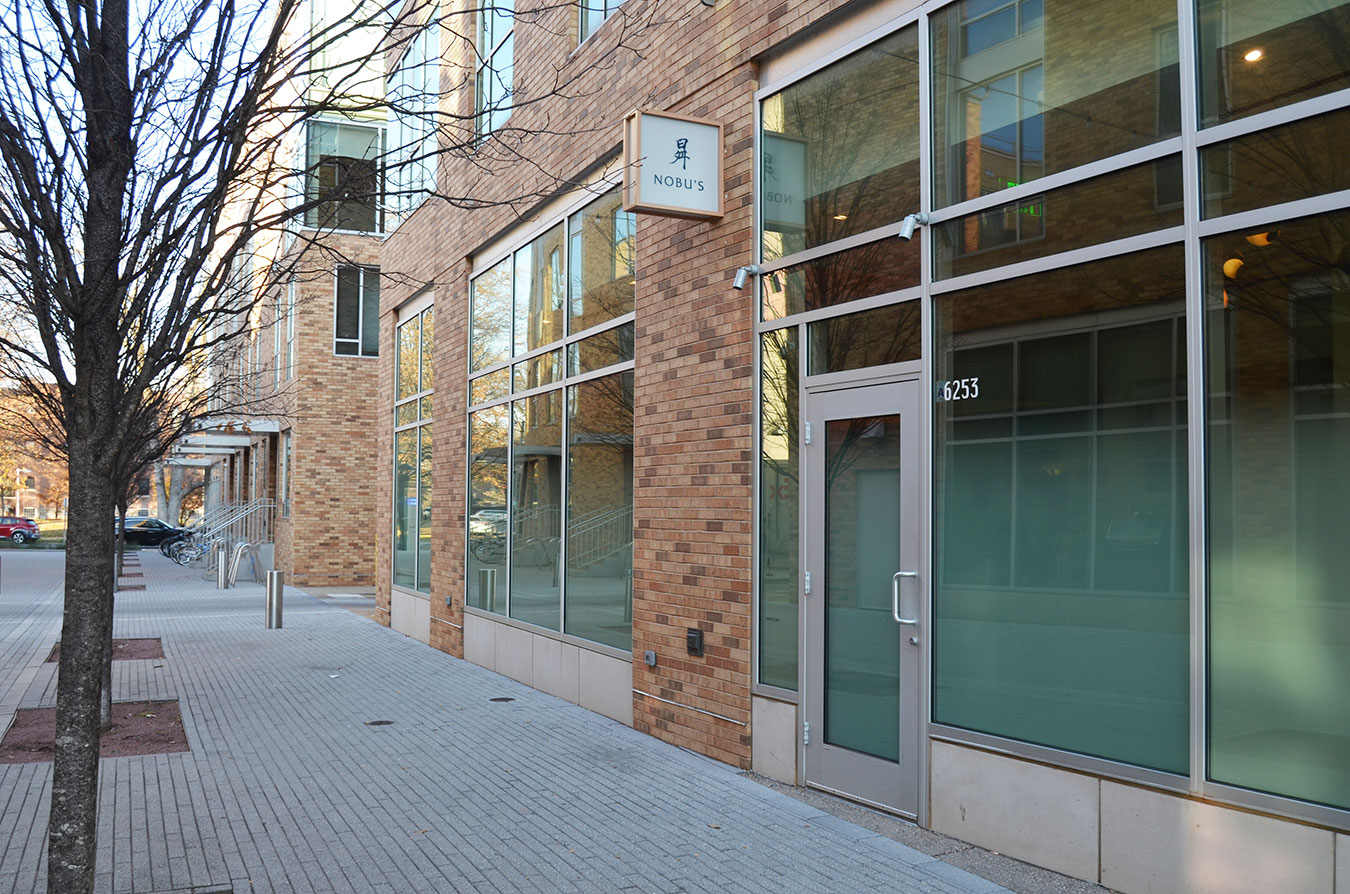 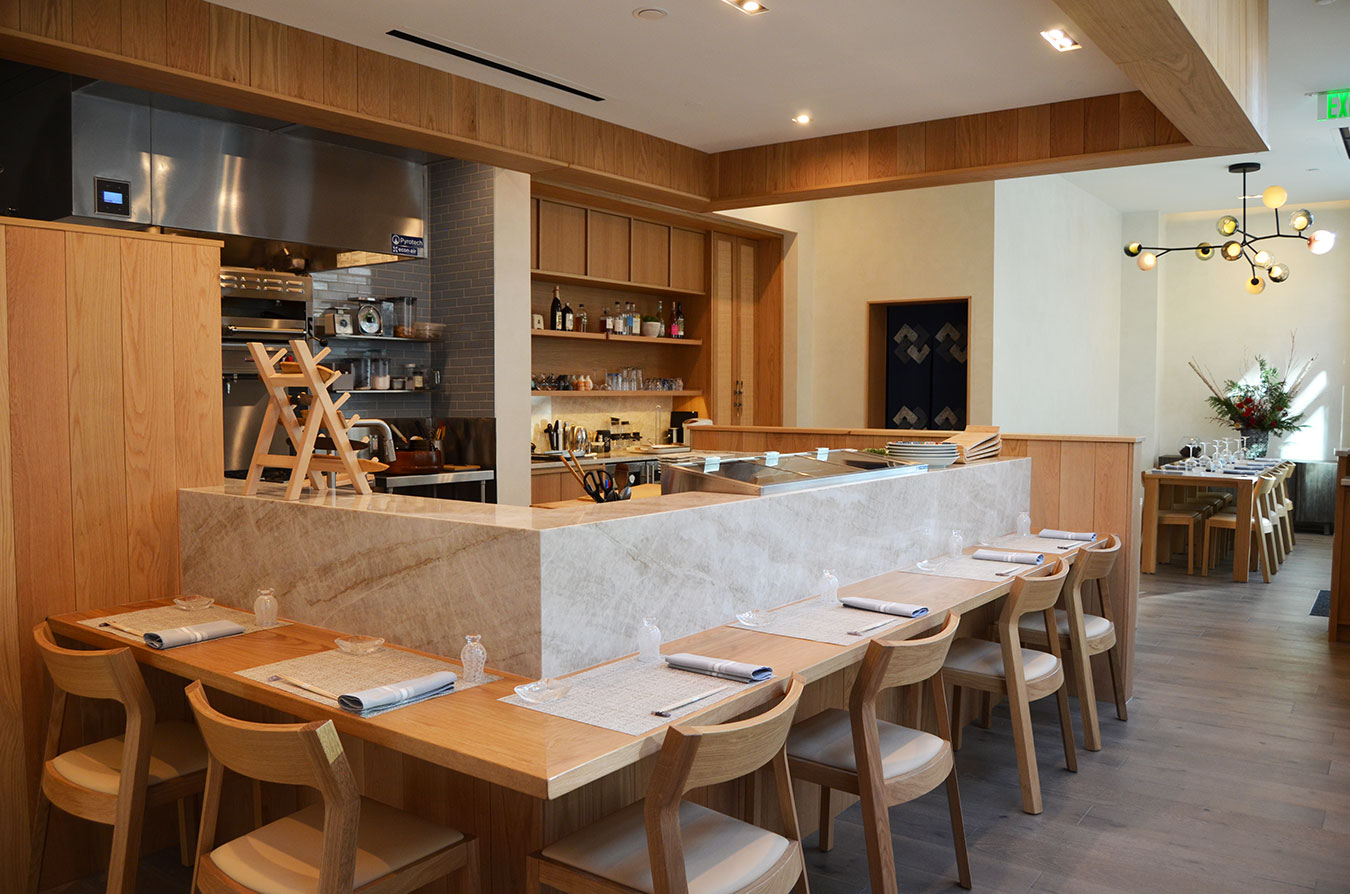 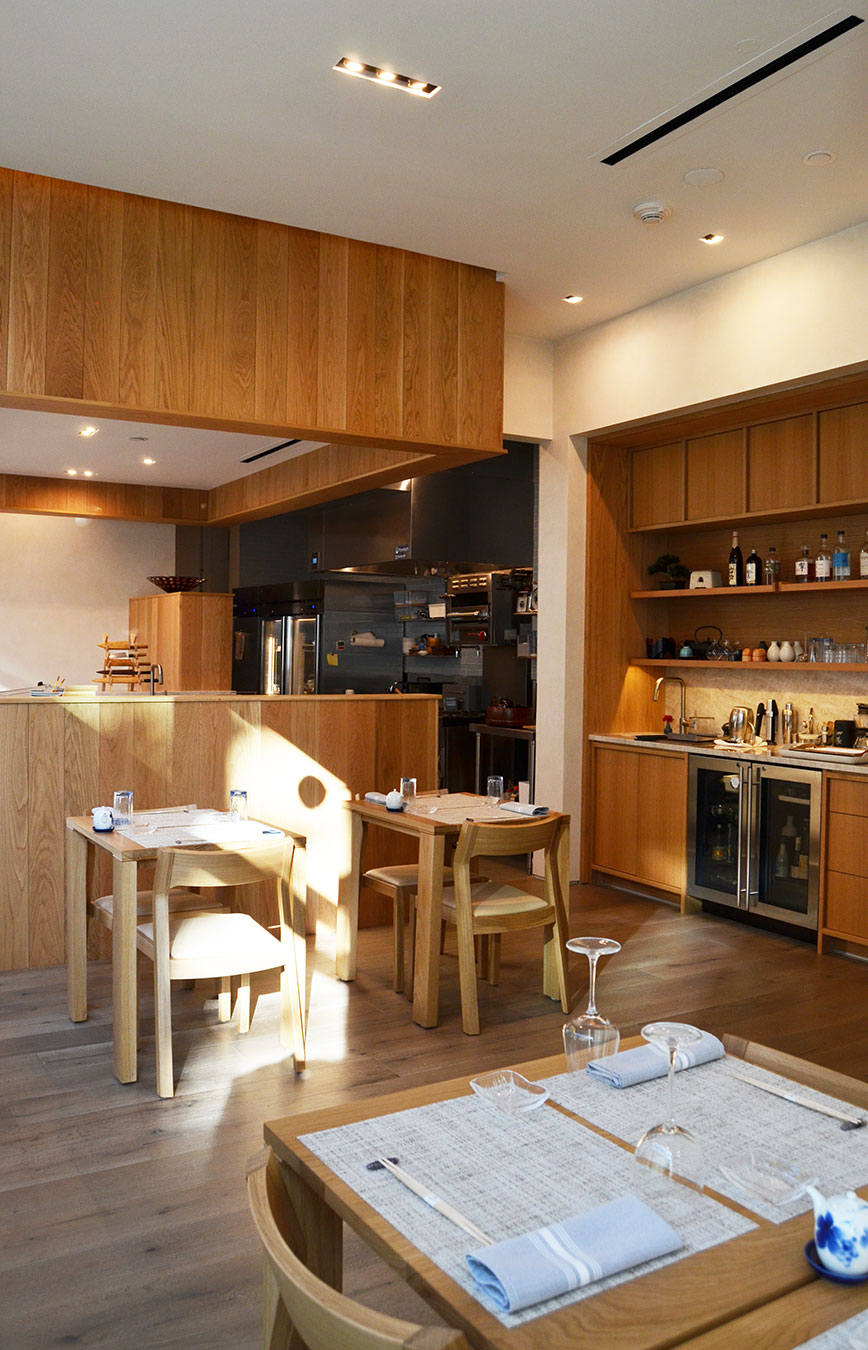 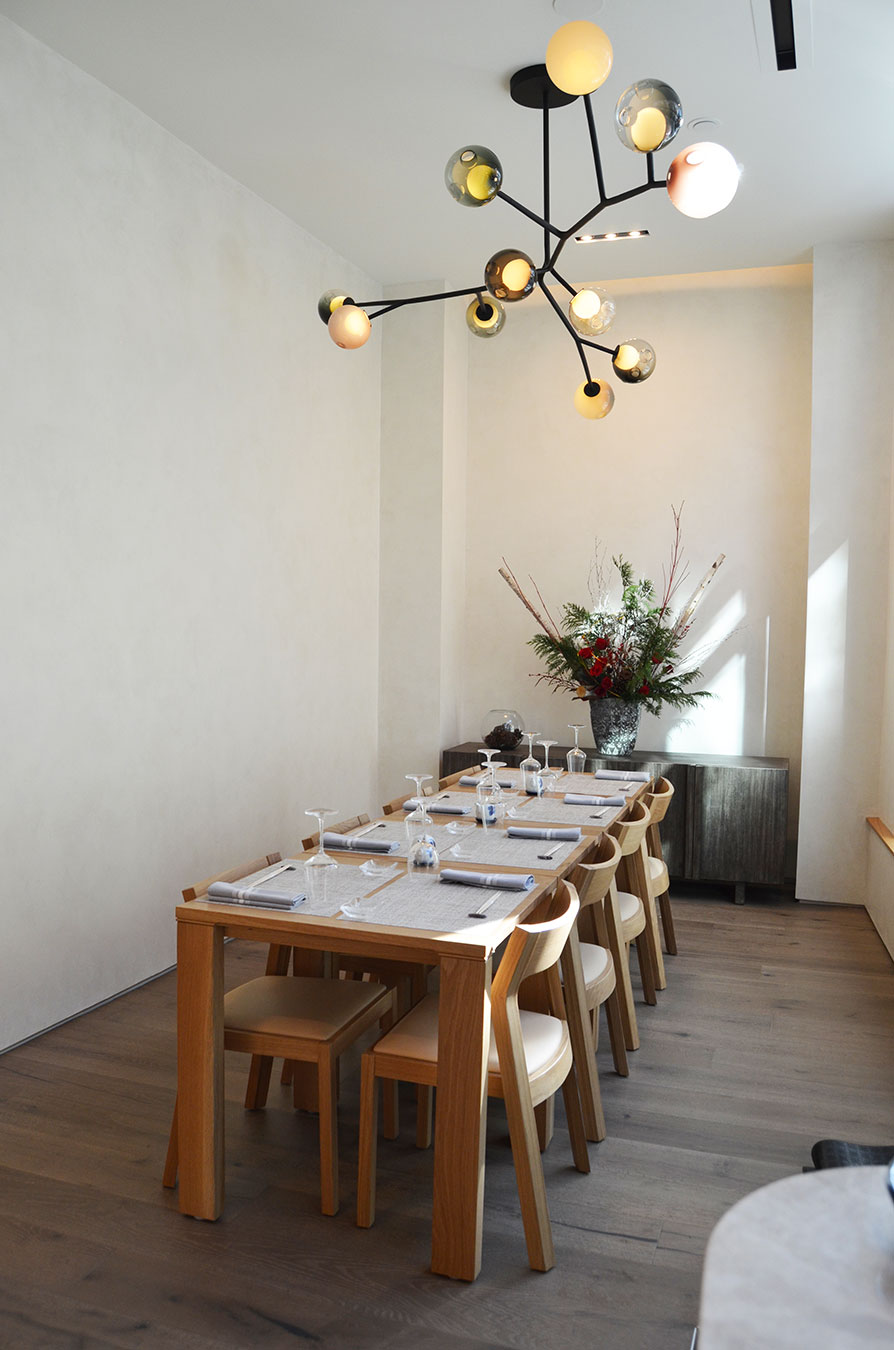 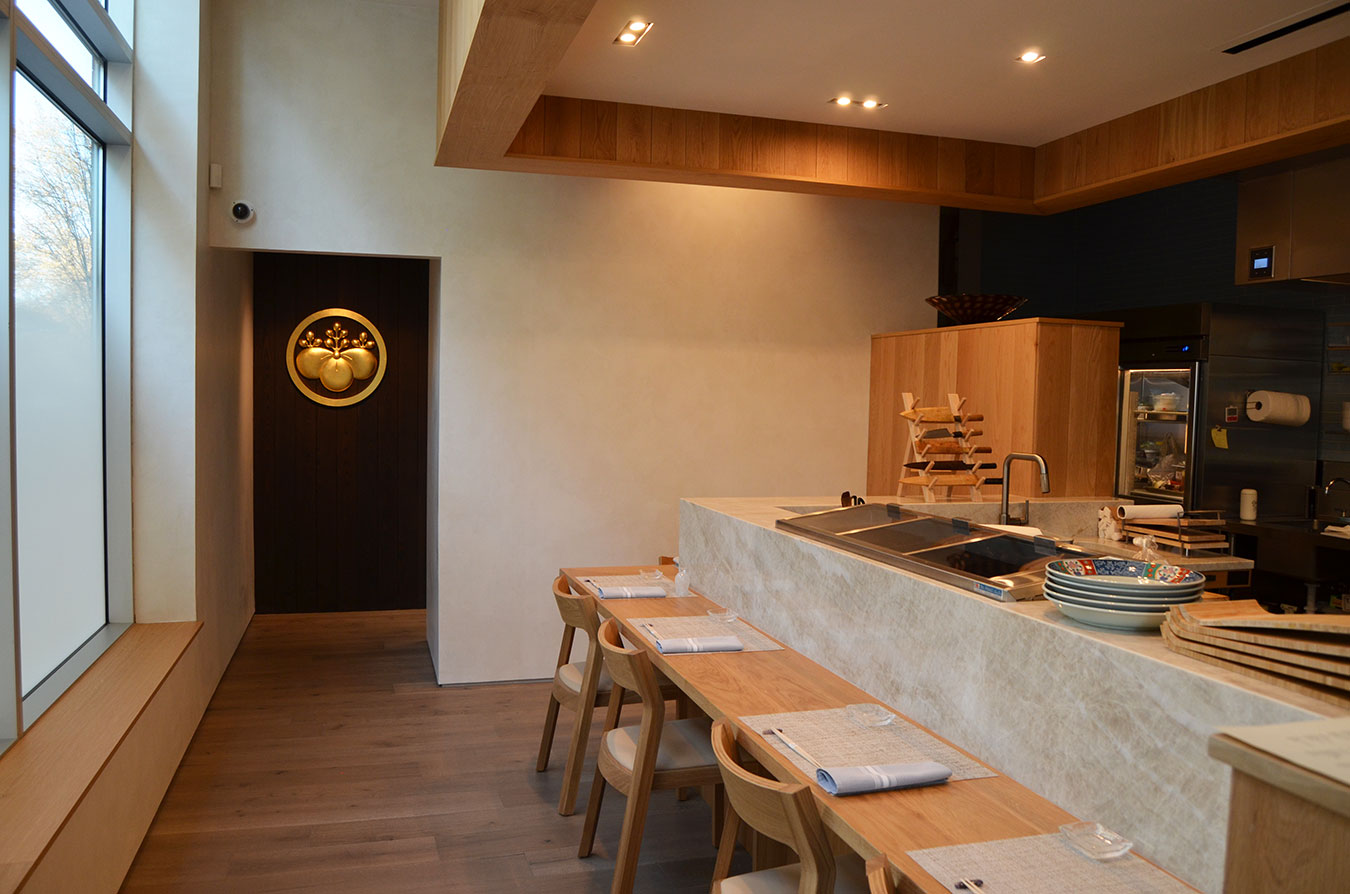 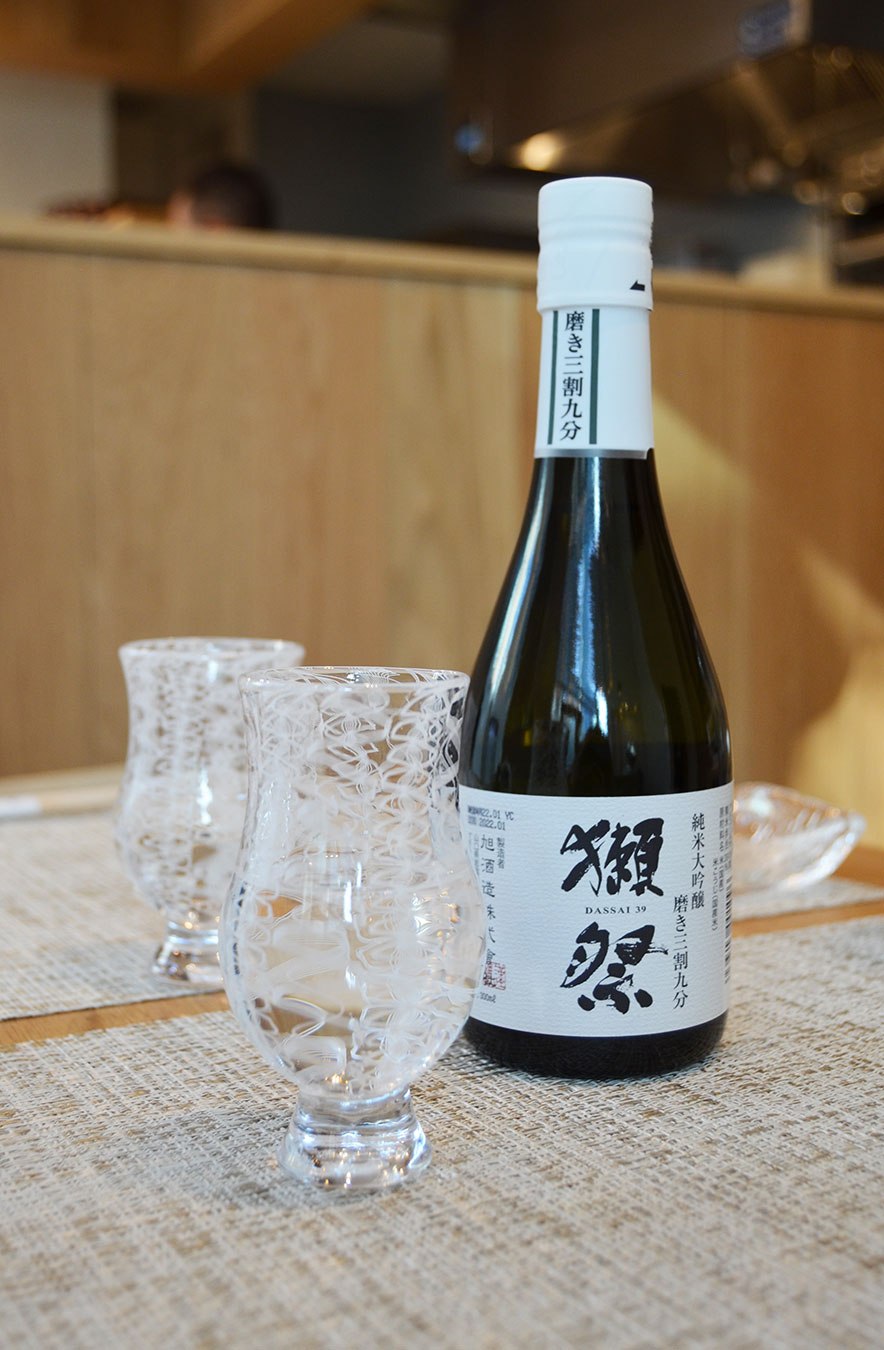 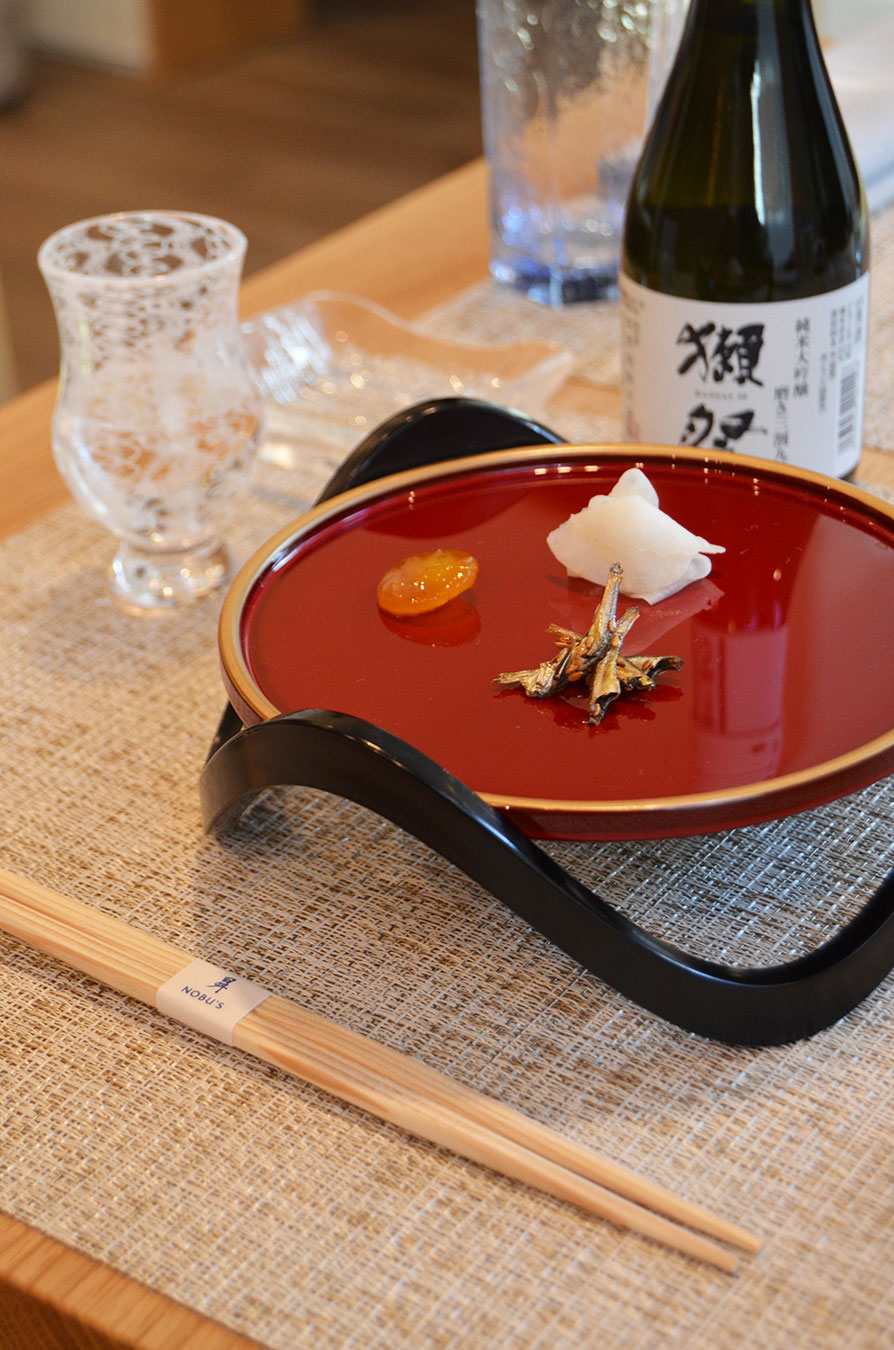 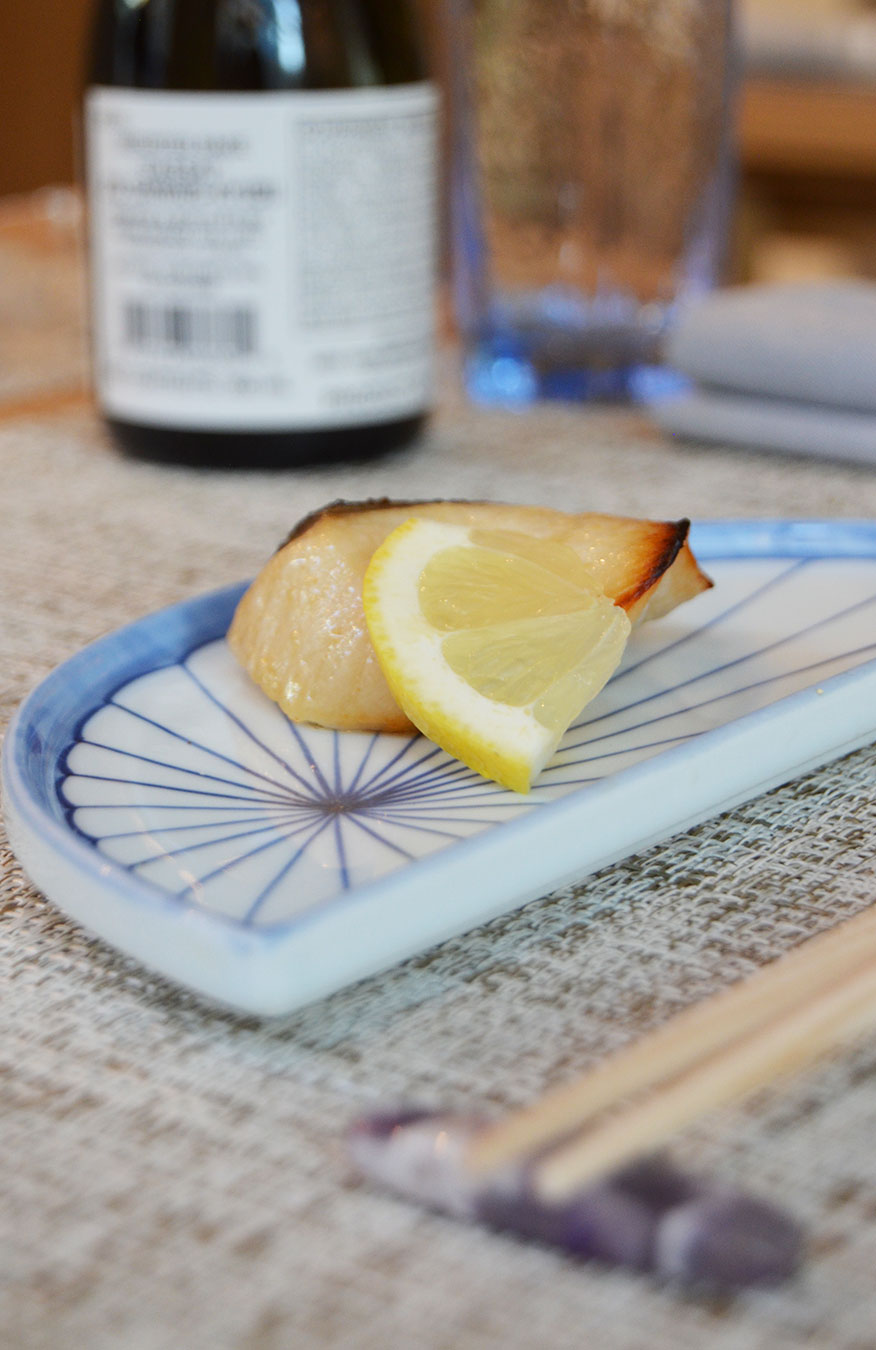 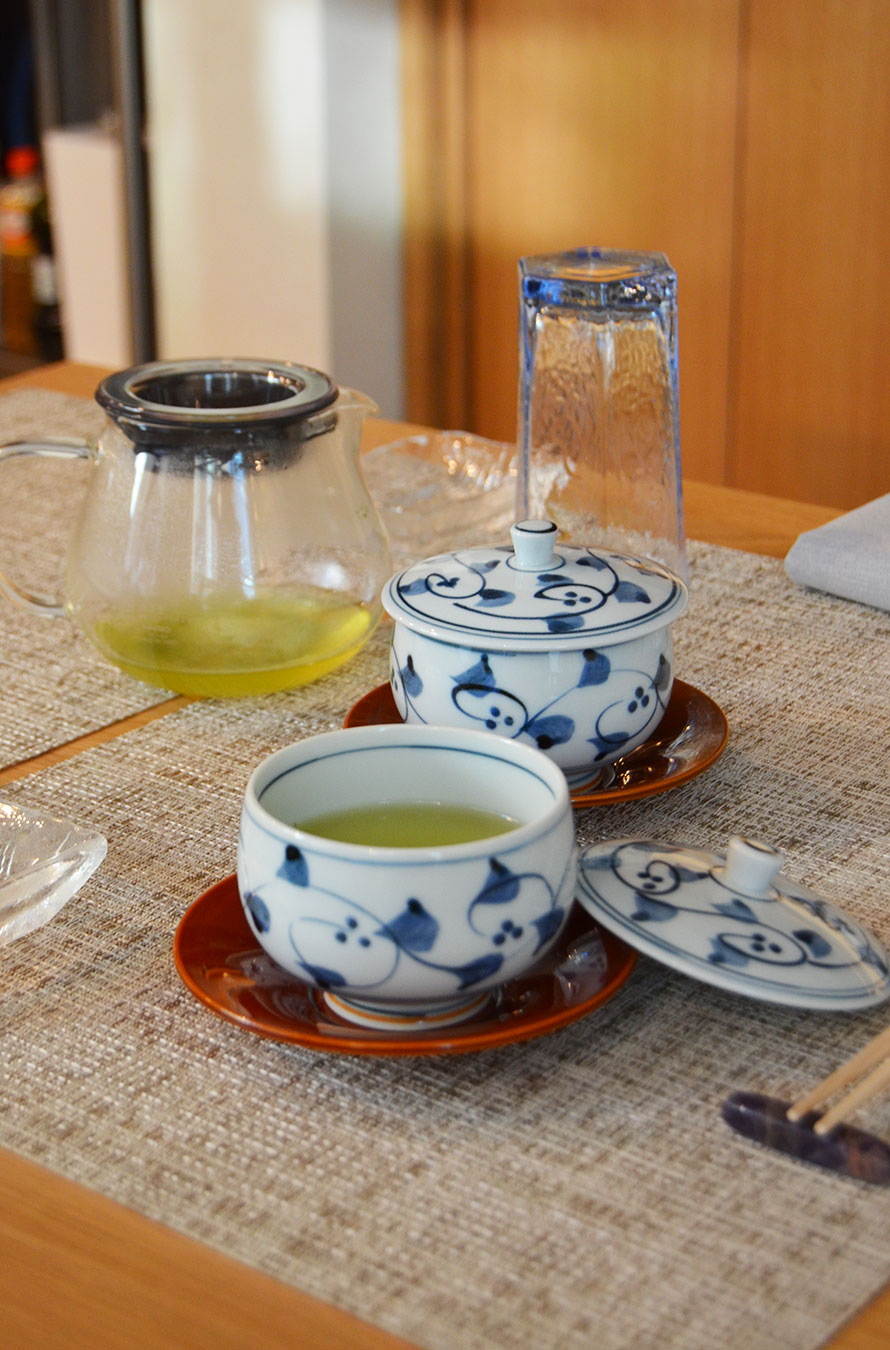