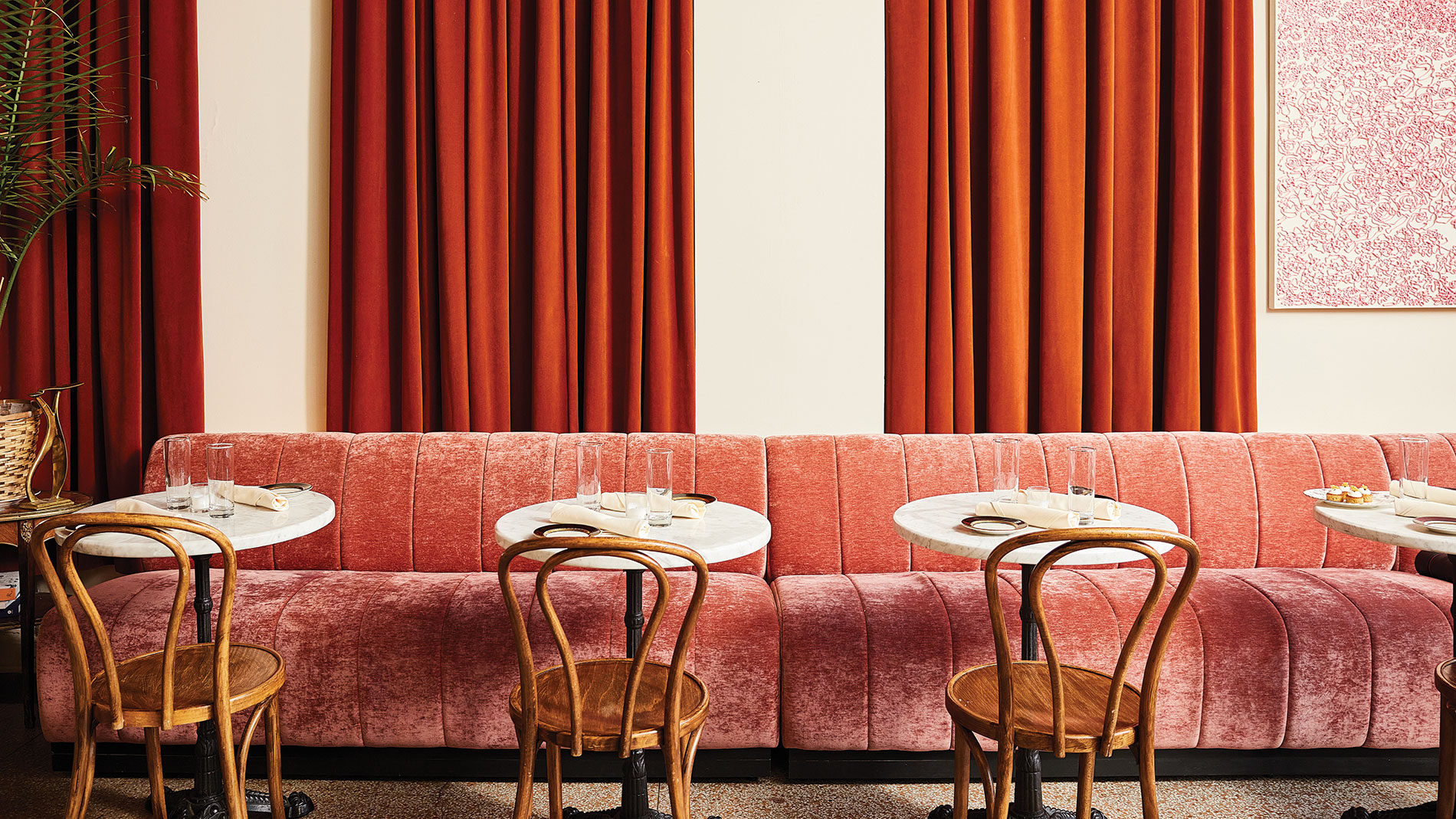 Take Root Hospitality co-owners Tara and Michael Gallina know a lot about opening a restaurant: We named Vicia the best new restaurant of 2017. They also know about acquiring a beloved place and making it their own: Winslow's Table (formerly Winslow’s Home) made our Best New Restaurants list in 2020.

What's remarkable about this restaurant is the staff and the expertise they bring to their roles. Certified sommelier and Take Root beverage director Kara Flaherty and house sommelier Patricia Wamhoff, who is an advanced sommelier, have curated an impeccable (mostly French, naturellement) wine list. They’ve also educated everyone on the floor about it, so they too are adept at guiding diners to the perfect selection, whether Muscadet for the Maine oysters with seaweed mignonette or a Sancerre for the gougeres with Gruyere foam. The cocktails, spearheaded by Take Root's bar manager, Phil Ingram, are without flaw here. The eponymous cocktail, The Floraison, a mix of suze, passion fruit liqueur and sparkling rosé wine was worthy of its name; the interplay from the passion fruit and suze allowed subtle notes from each to be amplified by their pairing – citrus, bitter, tart, sweet.

Head chef Patrick Fallwell and Take Root partner and culinary director Aaron Martinez worked together previously (at Michelin-starred restaurant Quince as well as other restaurants), and Bistro La Floraison’s food program shows the fruits of blending that long-term collaboration with chef-owner Michael Gallina’s own experience in Michelin-starred kitchens. (Fallwell and Martinez have also worked in other Michelin-starred restaurants on their own.) No dish exemplifies this better than the French onion financiers, which Fallwell and Martinez have executed in different forms (sweet, savory) and flavors (corn, black olive) throughout their years of working together. Little almond flour cakes, flavored with onion powder, are topped with a comté cheese concoction made by first heating the cheese with milk and a thickener, then cooling it before blending and piping. They’re finished with thyme oil – just a couple of drops – made by plucking the herb’s leaves and blanching and shocking them before blending them in oil and straining it. It’s years of work condensed into just one bite; and like so much of La Floraison’s menu, from the chicken cordon bleu to the crab tartine to the delightful pain perdu dessert, it’s been edited over and over to strike the perfect balance between familiar and fresh.