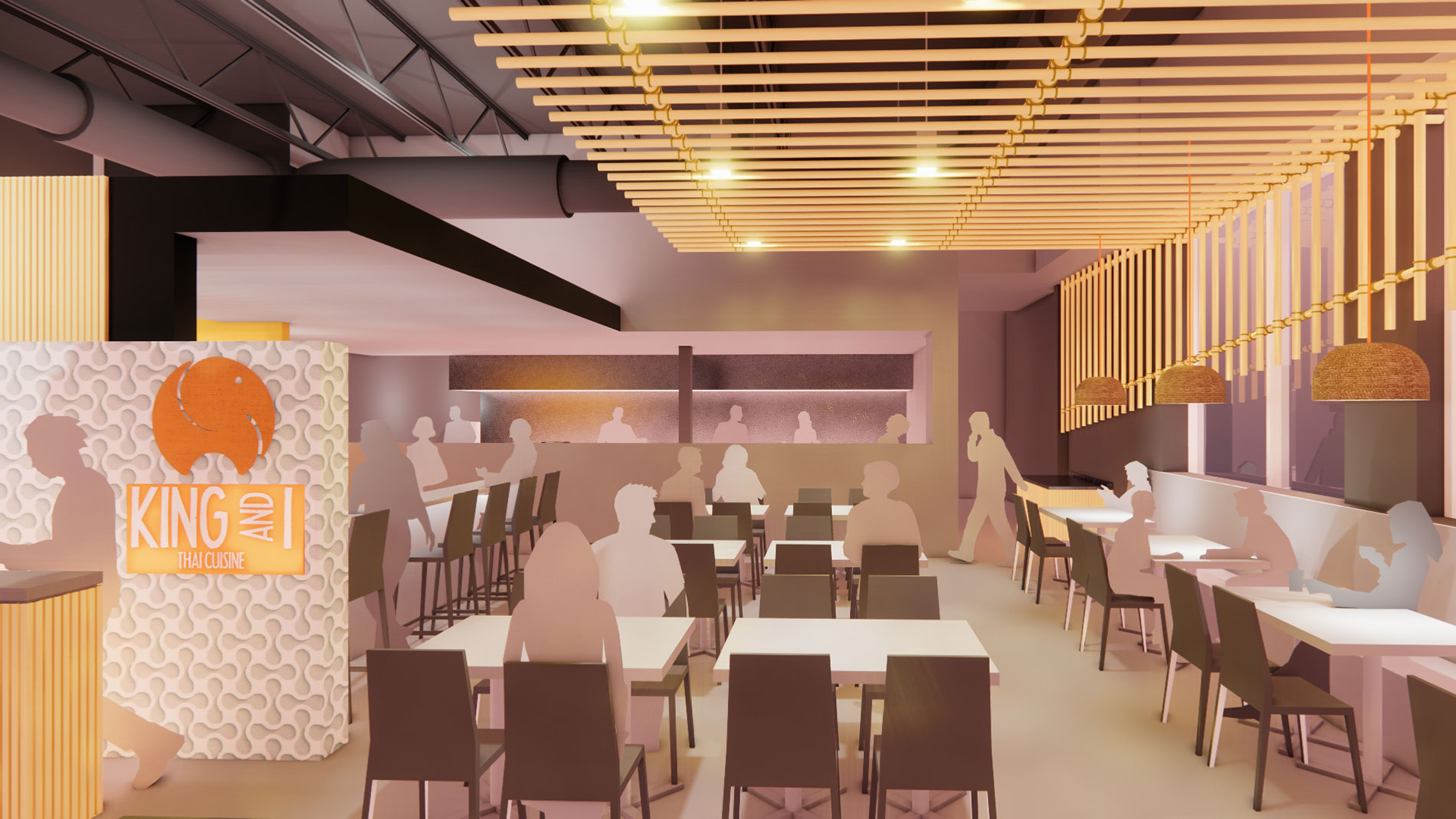 After almost 40 years in Tower Grove South, King & I has announced plans to close its current location and relocate to Richmond Heights in spring 2023. The long-running Thai restaurant will open in the former Blaze Pizza location at 8039 Dale Ave.

The new restaurant will feature largely the same menu of Thai favorites that has served King & I well on South Grand. “We’re not trying to reinvent King & I,” said Shayn Prapaisilp, Chief Operating Officer of Global Foods Group and representative for the ownership group of the King & I restaurant. However, with a brand new kitchen, including equipment that wasn’t previously available at King & I’s South Grand location, Prapaisilp said the Richmond Heights move will present opportunities to surprise guests and keep things interesting. “I think we are going to try – while keeping the classics that people love – to let people if they have not been to King & I for a while to come in and try a new dish that hopefully will be unique to St. Louis in terms of that dish appearing on other Thai restaurants’ menus,” he said.

King & I’s new 3,100-square-foot restaurant will accommodate around 50 guests for lunch and dinner service. A statement from King & I said guests can look forward to a “refreshed and modern” space, designed by Jay Reeves of local architecture and design firm Revel Architects.

Prapaisilp said the clean, contemporary aesthetic will certainly be a stark contrast with the days when King & I’s servers sported bow ties, but the dine-in experience won’t be too much of a break with the present location. “We're not going fast casual,” he said. “It's still very much dine-in, table service. We want to make that clear. I think people nowadays see contemporary design and they think the sit-down restaurant is going away. But we're very much committed to the table service model.”

Through the 1980s and 1990s, King & I earned a status as a destination restaurant, a place that people from across the metro area would travel to in order to seek out Thai cuisine. The move to Richmond Heights consciously locates the restaurant within easier touching distance for many of those customers. “It's a great location,” Prapaisilp said. “It's accessible to Highway 40 and Highway 170, and it opens up a lot of West County and St. Charles. People travel from all over the region to eat here and putting it into a more accessible space we thought we could grow sales that way.”

Delivery orders are also a significant part of King & I’s business these days, as for so many other restaurants. Meeting that demand will be a priority that informs the design of the Richmond Heights location. “Carryout is going to be a much bigger part of everyone's business moving forward, so designing a space dedicated to that is going to make the operation more efficient, and hopefully serve more customers,” Prapaisilp said.

The relocation also means that King & I will no longer be as close to Chao Baan, the restaurant Shayn Prapaisilp opened in 2019 serving Thai cuisine from his parents’ home regions in the northeast and south of Thailand. Prapaisilp said having the two restaurants further apart will deflate the risk of them competing for customers. “We're seeing folks going back and forth and we're kind of eating into each other’s sales, which is not ideal just because of the proximity,” Prapaisilp said. “As we're building that [Chao Baan] brand, with the Grove, with the parking lot, a lot of our customers are going there.”

King & I has been a fixture in the South Grand area since 1983, when owners Suchin and Sue Prapaisilp opened the restaurant’s original location on the corner of Grand Boulevard and Humphrey Street. In 1993, the Prapaisilps moved the restaurant to its current location at 3155-3157 S. Grand Ave.

“We have experienced nearly 30 wonderful years at our home on South Grand, and have been lucky to watch the neighborhood develop into one of the most diverse culinary scenes in the area,” said Prapaisilp in a statement. “Tower Grove South and its wonderful attractions, stores and restaurants will always hold a special place in our hearts as our first home, but we look forward to the possibilities that our next chapter holds.”

Prapaisilp said his parents will remain involved in operations at King & I after the move to Richmond Heights. “This is a family decision,” he said. “My joke is the restaurant is actually older than I am, so it’s their first child. They wanted to ensure that King & I will continue on for another 30 years because obviously restaurants are changing and we all have to keep up with the times and so we very much view this as an investment for the future for King & I so that it can remain relevant and being able to serve all our customers for the next 30 years.”

As for what might happen to the current King & I space, we’ll have to wait and see. Suchin and Sue Prapaisilp own the space, but Shayn Prapaisilp said no plans have been confirmed for its future.

King & I’s South Grand location will close around a month before the Richmond Heights location opens, to allow time for staff training and moving equipment over to the new restaurant. Until then, the South Grand restaurant will operate as normal. Starting Nov. 1, King & I’s new hours are: Tuesday to Thursday 4:30 to 8 p.m.; Friday and Saturday 11 a.m. to 2:30 p.m. and 4:30 to 9 p.m.; Sunday noon to 3 p.m. and 4:30 to 8 p.m.; closed Mondays.