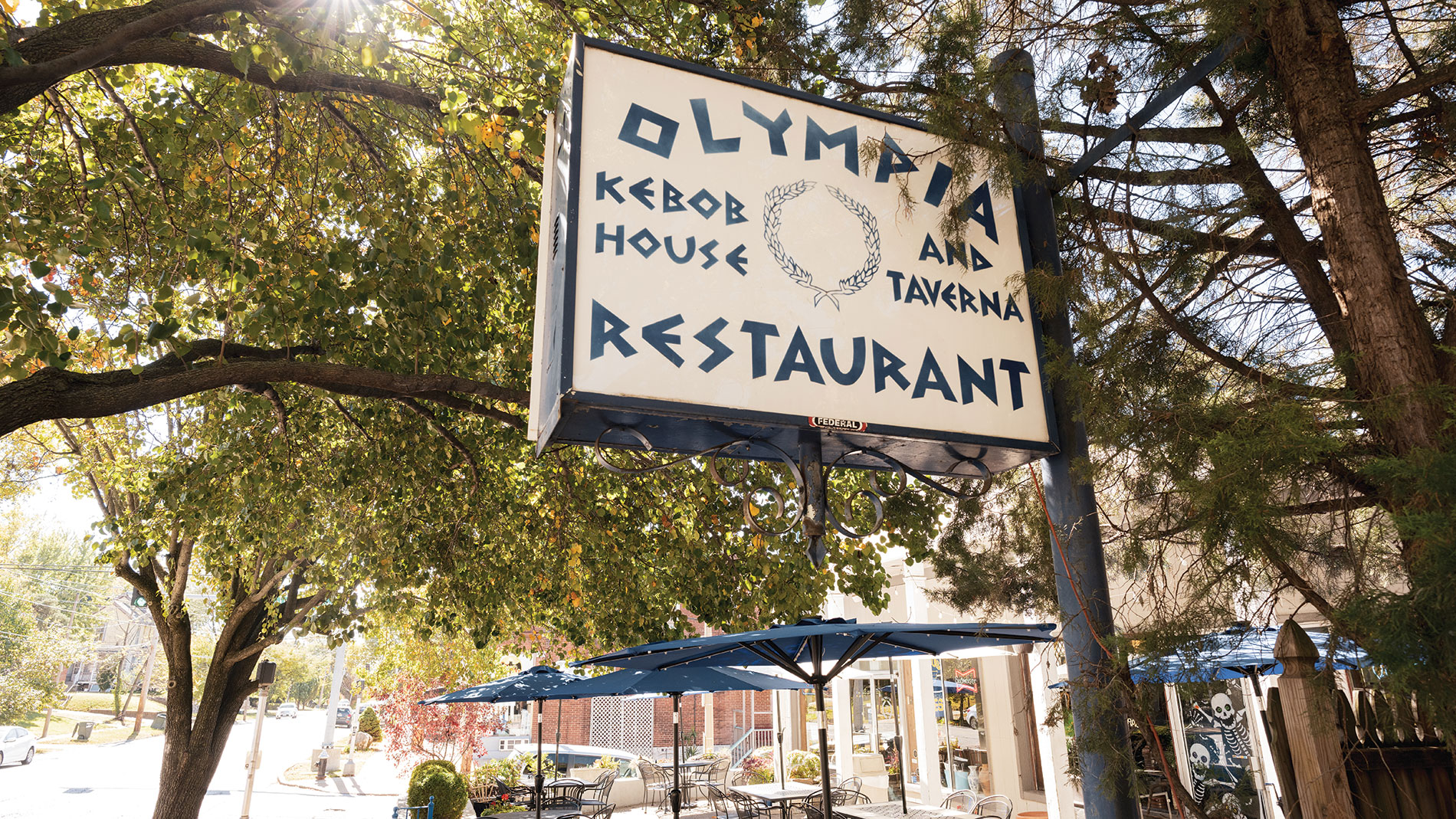 If you’ve never been to Olympia Kebob House & Taverna before, the first thing you’re going to hear about is the flaming cheese, or saganaki. Your friends will say you’ve got to order it, and they’ll be correct. Watching the server light slices of brandy-soaked kasseri aflame is fun, and the cheese itself is delicious. But as the trick is repeated at tables around you, the ritual inspires moments of communal joy that have been in short supply in recent times.

A busy night at Olympia is a heady experience, with diners huddled around tables that heave with shareable Greek dishes – kebabs, moussaka, spanakopita – servers coming and going, and exuberant conversation filling the room. Diners of all ages – families with young children, older couples, twenty-something friends – seem effortlessly and enthusiastically in sync, contributing equally to the electric ambiance.

“That's the element that the customers themselves bring,” said co-owner George Nicholas. “It's like an, ‘If you build it, they will come,’ kind of thing – create the right atmosphere, get the right food, and the people do the rest.”

The Nicholas family has been fostering these moments at Olympia for 42 years now. George’s grandfather, Pete, purchased the building in the 1940s, having left his home in Rhodes, Greece, during World War II. On one side of the first-floor space, Pete operated a laundromat. For decades, he rented the other side to various businesses. “I've heard a lot of different things,” said Nicholas. “That it was an Indian restaurant, I heard it was a hardware store, a Kroger.”

In 1980, Pete’s son (and George’s father), George Nicholas Sr., inspired by a trip to Greece, had an idea. “He said, ‘Well, why don't we open up a souvlaki shack?’” Nicholas said. Pete agreed, and father and son opened Olympia, serving gyros, souvlaki and more. Pete’s cousin Marietta provided recipes that are still in use today. “She didn't speak a whole lot of English; she would be in the back, and she made all the Greek specialties,” Nicholas said.

George Sr. passed away in 2018, leaving George and his brother Christopher in charge of the restaurant. However, several of Olympia’s key features are a permanent tribute to George Sr.’s resourcefulness. The restaurant’s booths feature an ecumenical assortment of pews he scavenged from disused and dilapidated churches around the city. “I don't know if he was going for a certain aesthetic or if it was cheap seating,” Nicholas said. “He just took a church pew, cut it in half and bolted it to the wall.” After Pete closed the laundromat in the 1990s, George Sr. expanded Olympia, converting the laundromat space into a lounge which features a stunning bar, another salvaged item. “I was told that it came out of a men's clothing store,” Nicholas said.

Nicholas describes an average weekend night in Olympia as “chaotic,” but he said that’s the way his customers like it. “I've had customers come in from back in the day and be like, ‘Oh, we used to come in and your father and your grandfather would be screaming at each other.’ … And they loved it,” he said. “They thought, ‘This is a real family restaurant.’”

The staff also takes time out to enjoy and share the kind of communal moments, of reflection and of delight, that they deliver for customers. “We sit around this table, we just had a toast to my dad, just the other night, recalling all these memories,” Nicholas said. "That's what this is about. It's not about the food, it's not about the cost of goods and all that stuff. It's just about the people.”

Still only 33 years old, Nicholas said he and Christopher want to make sure Olympia stays relevant in a competitive industry, but they also have a firm sense of duty to the restaurant’s long-term customers. “It means a lot to so many of our customers that we're here to be a constant in their lives,” he said. “I have a responsibility to my family to be here because they all take a lot of pride in the restaurant, and to our customers, because they have so many memories here.”

Nicholas said he thinks his father and grandfather would be proud to see where Olympia is today. “I think they'd have their own opinions and disagree with some of the changes maybe, but I think overall they'd be proud that we're still opening the doors, we're still welcoming customers, and we're still here carrying on the legacy,” Nicholas said. “And we're going to do it our way, whether they like it or not!”