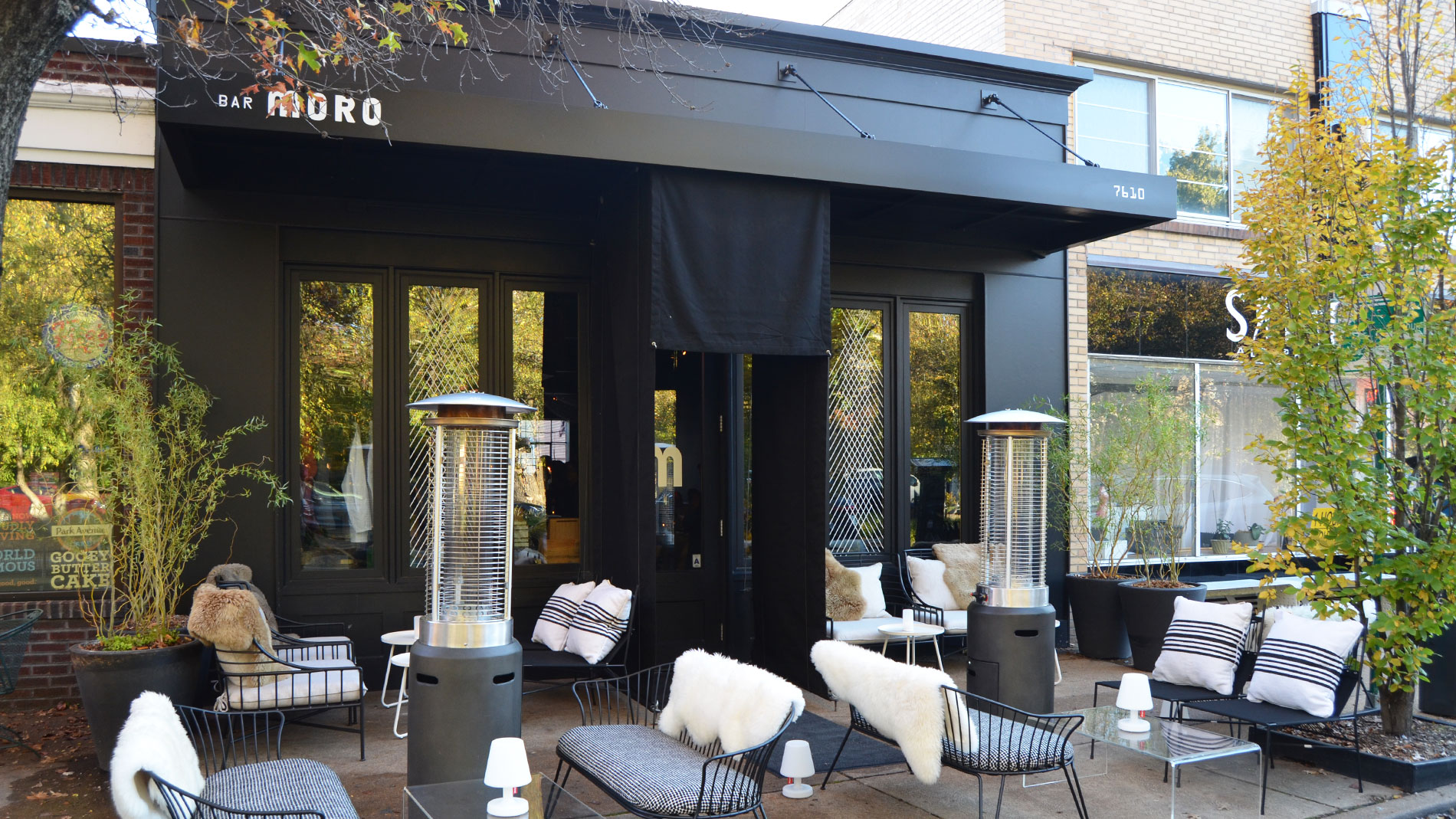 Bar Moro, the new restaurant from Ben Poremba’s Bengelina Hospitality Group, is now open and serving Spanish- and Portuguese-inspired food and drinks – wine, sherry, vermouth and cocktails – at 7610 Wydown Blvd. in Clayton. The restaurant opened on Oct. 21 in the space that was formerly home to Zoe Robinson’s Billie-Jean.

When he announced his plans for Bar Moro in August, Poremba said the restaurant would retain some of the spirit of its predecessor, and erstwhile Billie-Jean customers will certainly have no trouble finding their way around the new restaurant. The layout and seating arrangements are essentially unchanged, with eight bar stools, banquette seating running almost the length of the dining room, and one large booth at the back of the restaurant.

Despite the similarities with its forerunner, Poremba has infused Bar Moro with a distinct identity, reflected in the details of the interior as much as in its menu. The mood is still framed by black walls, but a diptych mural by local artist Edo Rosenblith replaces the paintings Robinson hung at Billie-Jean. Atop the bar, there are bunches of flowers, plump tomatoes, jamon Iberico, and ice buckets filled with wine. The servers at Bar Moro wear white jackets, which lends a touch of old-school formality without being stuffy.

An assortment of Spanish and Portuguese conservas is displayed on shelves at the end of the bar. Poremba has been vocal in his excitement about introducing these premium canned seafood products to St. Louis diners, and the conservas have their own menu covering a variety of fish and shellfish. But as broad categories, Spanish and Portuguese cuisine themselves are also under-represented in our region, a pity considering these cuisines have made a significant impression in the restaurant world over the past two decades.

Bar Moro aims to correct that somewhat, offering a food and drink selection that is just the right length and smartly organized to highlight some of the best produce and dishes the Iberian Peninsula has to offer. The tapas menu includes olives and salt cod croquetas, as well as Poremba’s mohamara, while the “Clasicas” selection zeroes in on items like pan con tomate and Spanish omelet. There’s hand-sliced jamon Iberico, gambas al ajillo (shrimp cooked in garlic and sherry), and larger sharing plates, one highlight of which is the arroz negro cremoso (squid ink rice with chorizo, braised octopus and celery leaf).

Bar Moro’s menu also features both sherry and vermouth prominently, each being rewarded with its own section on the menu. Bengelina’s wine director Luciano Racca has recently spent time in Spain and Portugal visiting a range of drinks producers, so ask for tips if you’re looking for an entry point into either of these categories. There are also five gin and tonics that reflect the diverse, choose-your-own-adventure nature of this deceptively simple combination, from citrus notes to floral and botanical flavors. The cocktail list includes Bar Moro’s sambuca, lime and mint-infused take on Kalimotxo, a combination of red wine and cola popularized in Spain. The wine list’s emphasis on Spanish and Portuguese wines is as true to the concept as the rest of the menu.

Make use of any warmer days we enjoy over the next few weeks to enjoy some of Bar Moro’s tapas and a drink on the restaurant’s patio on Wydown Boulevard. Pro tip: Order the souffle-style Basque cheesecake (souffle de queso) with the H+H Malvasia madeira. 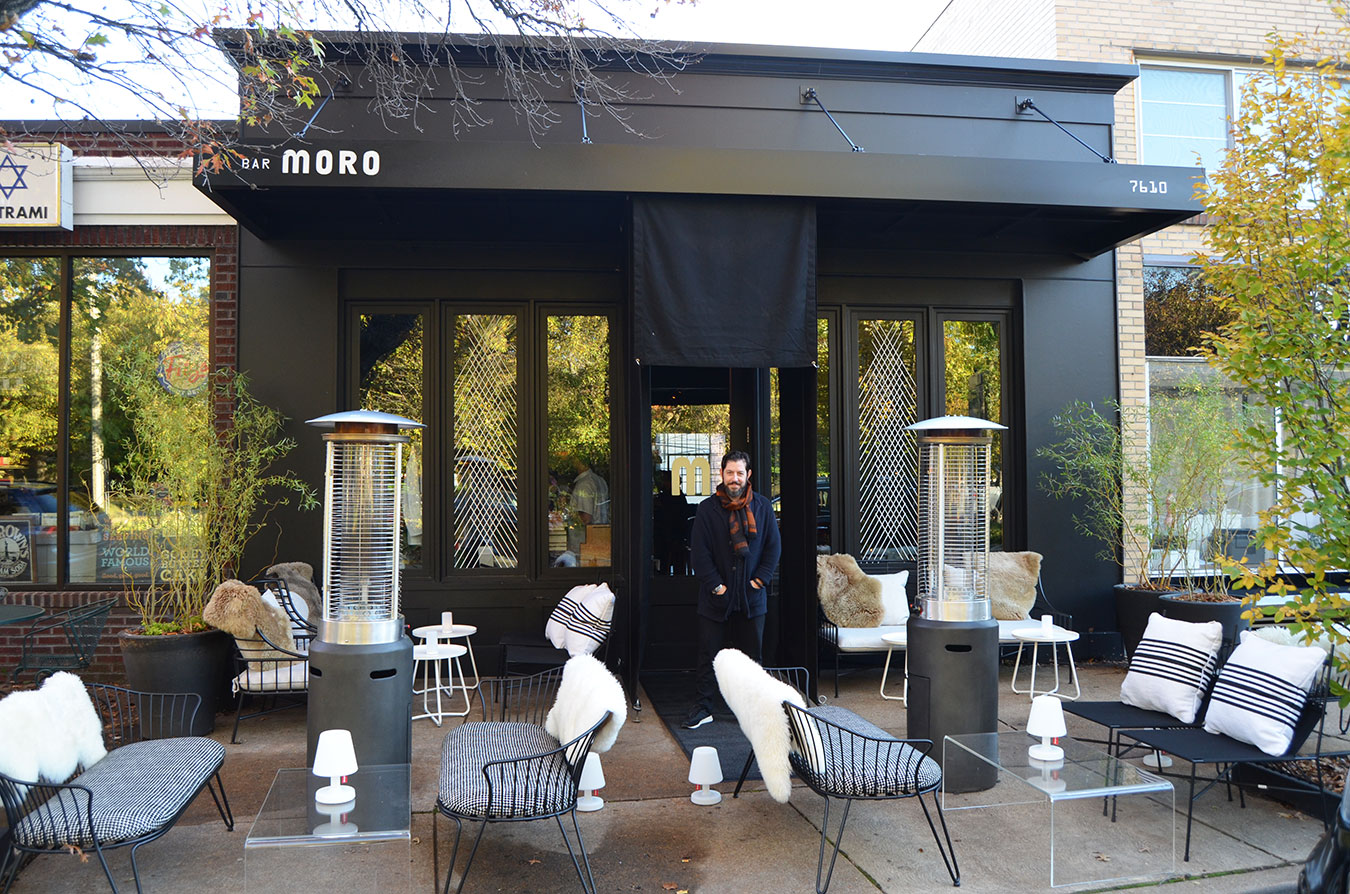 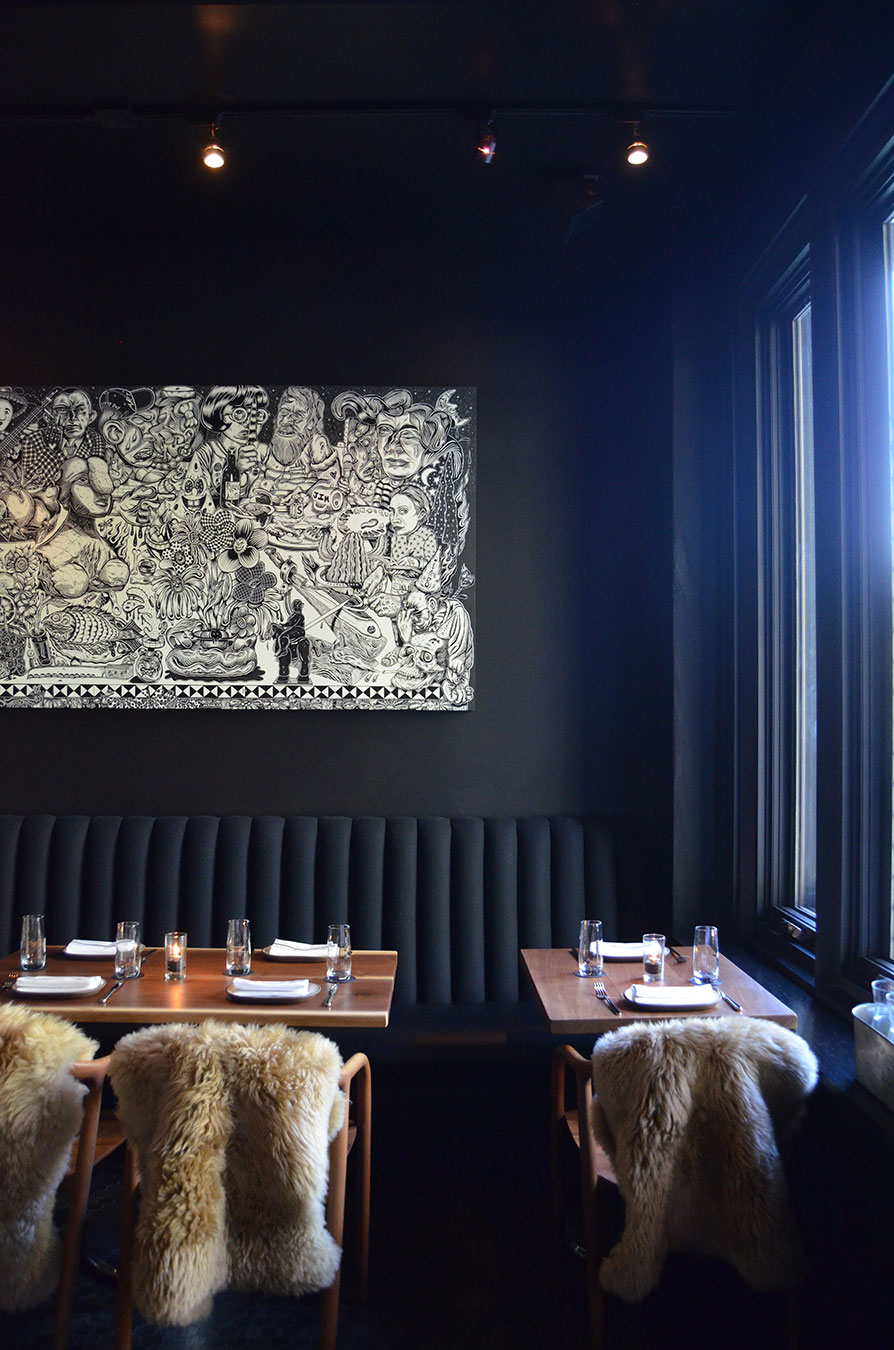 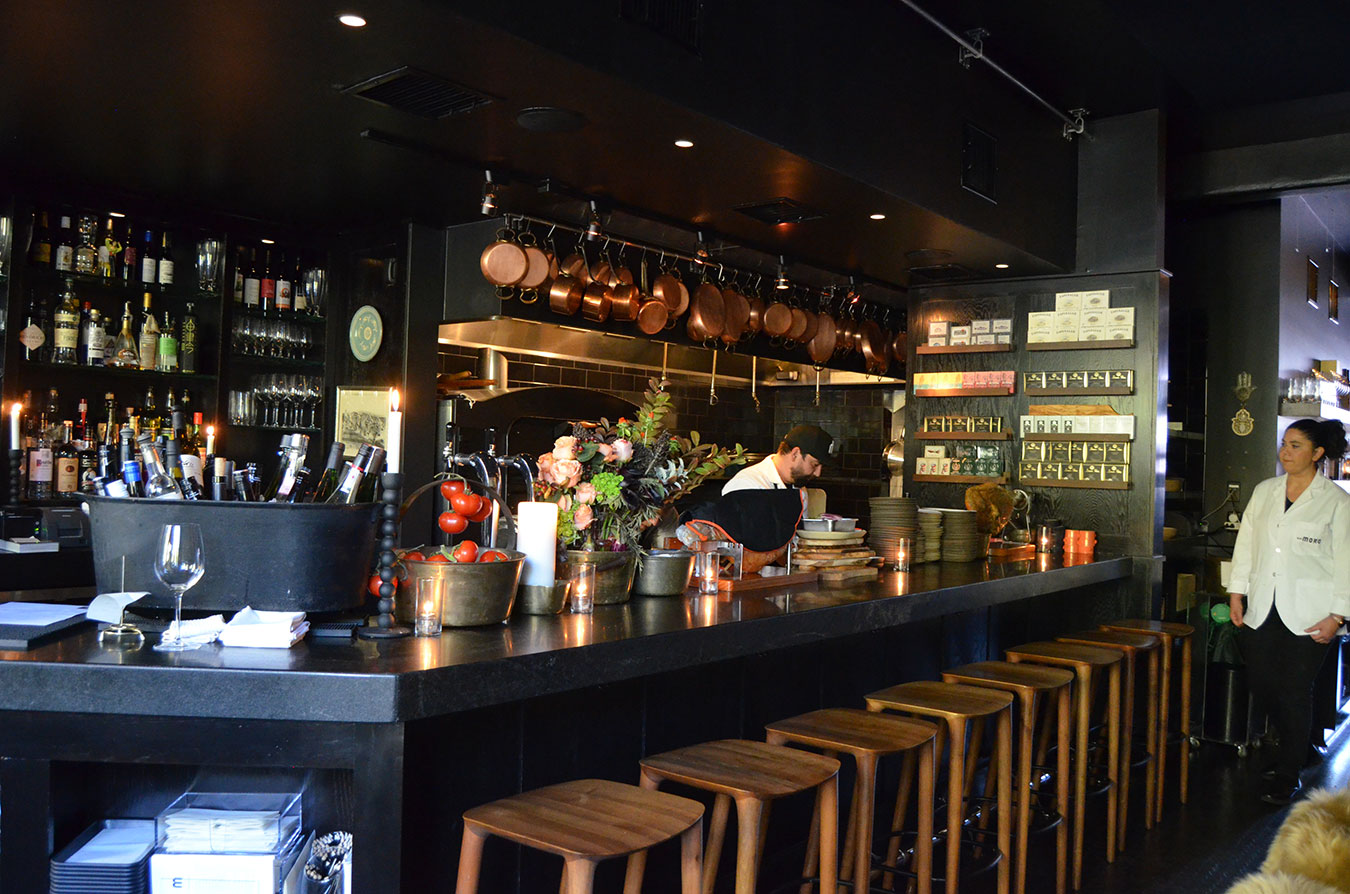 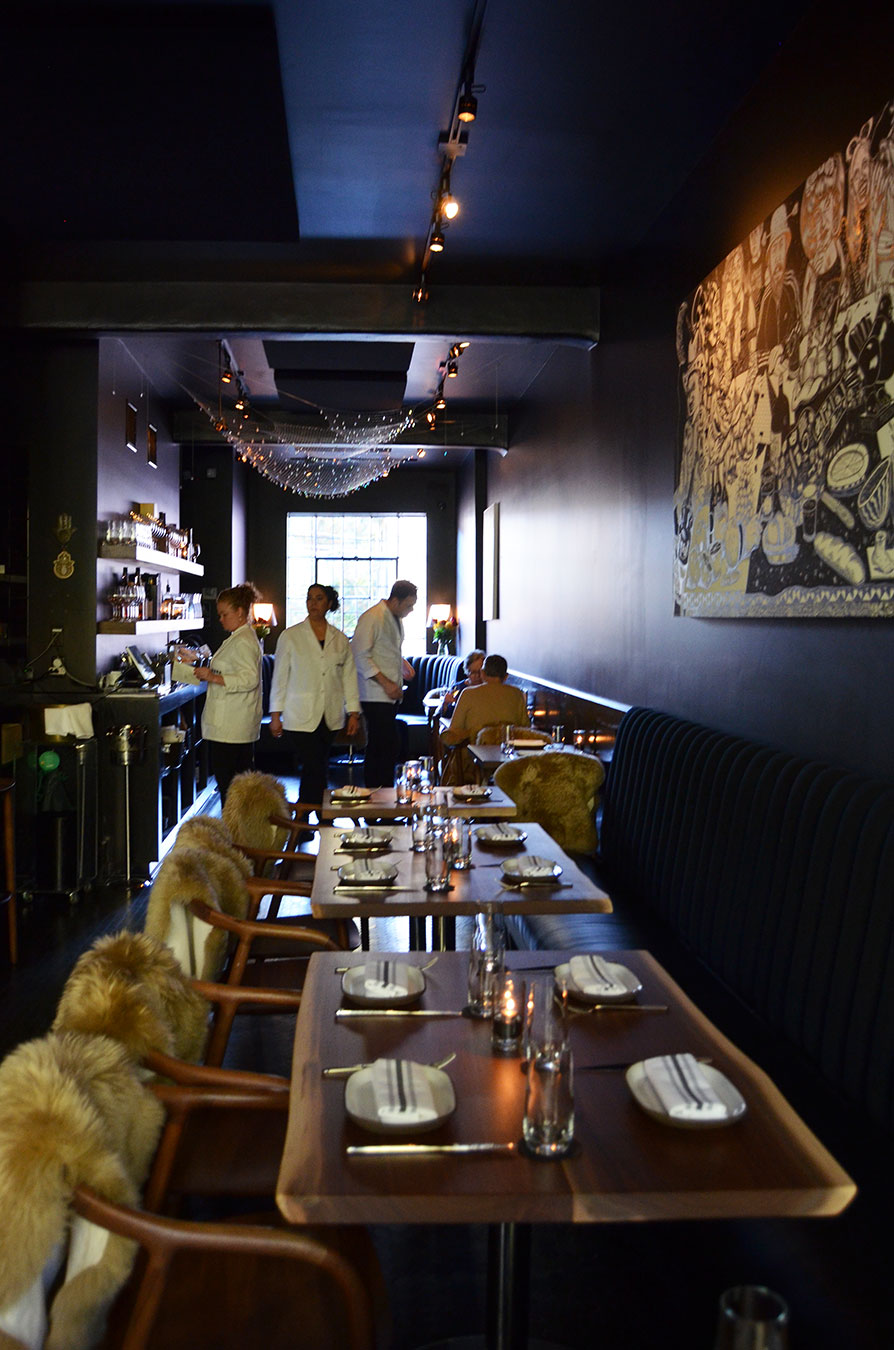 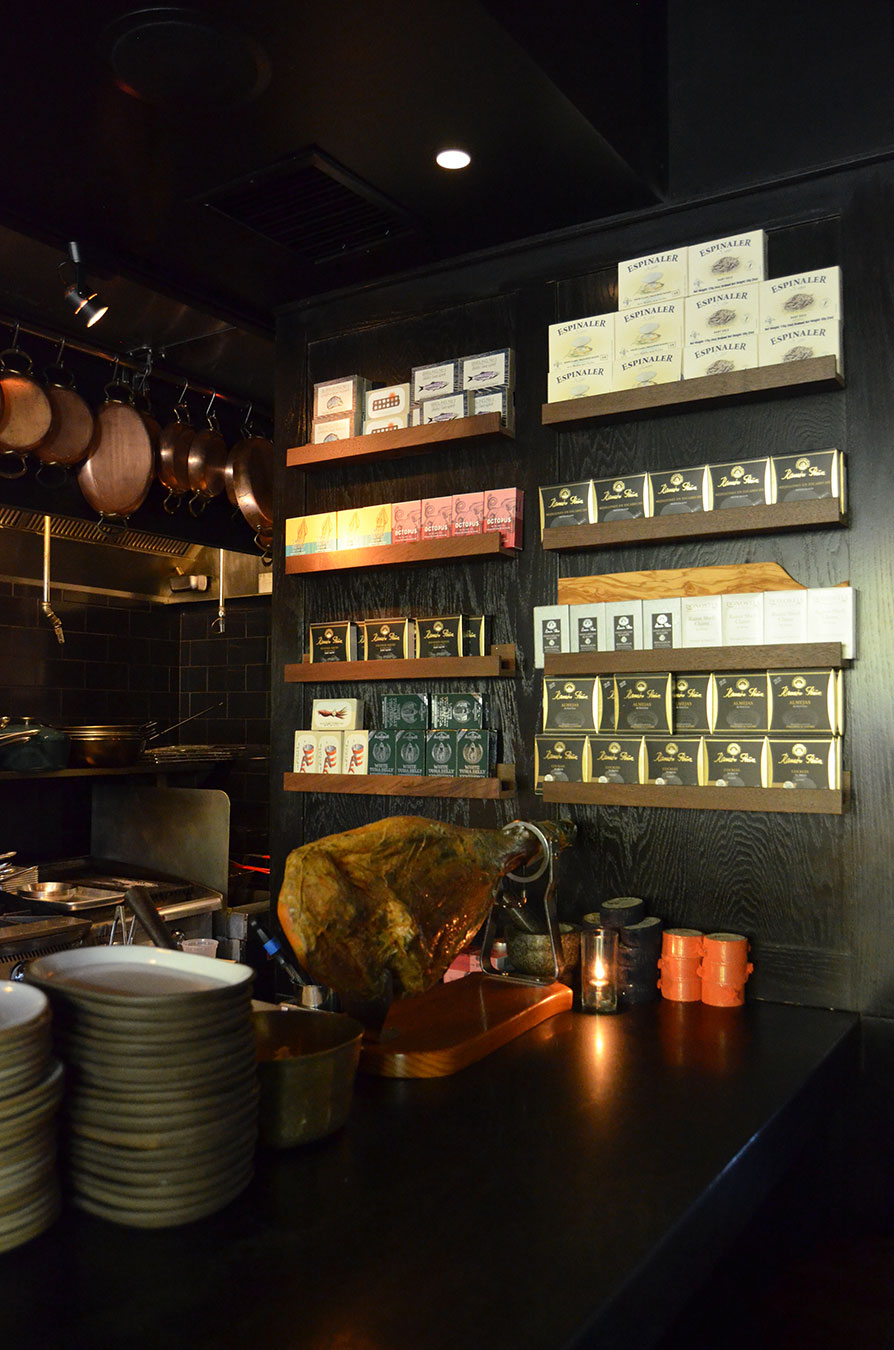 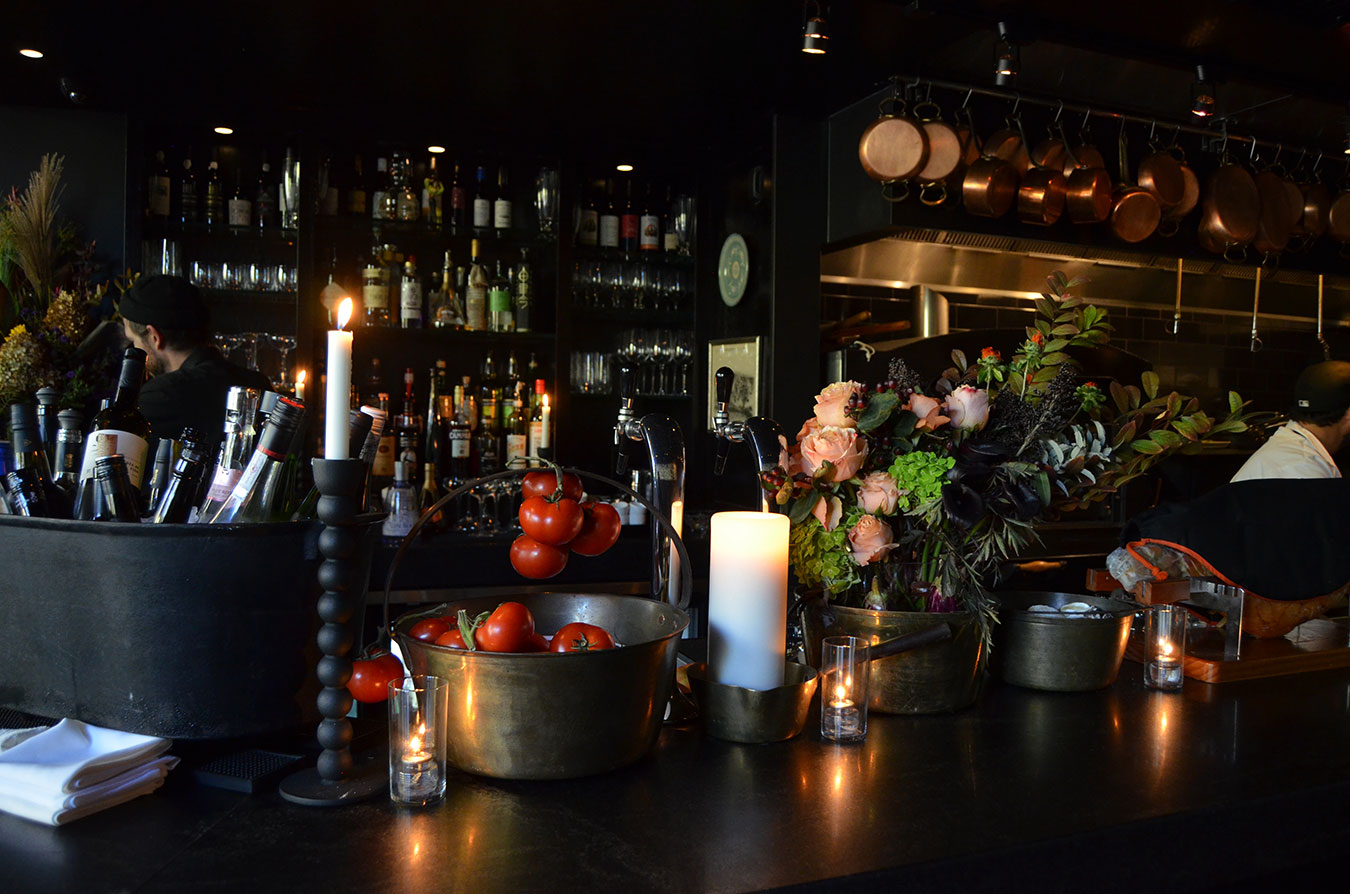 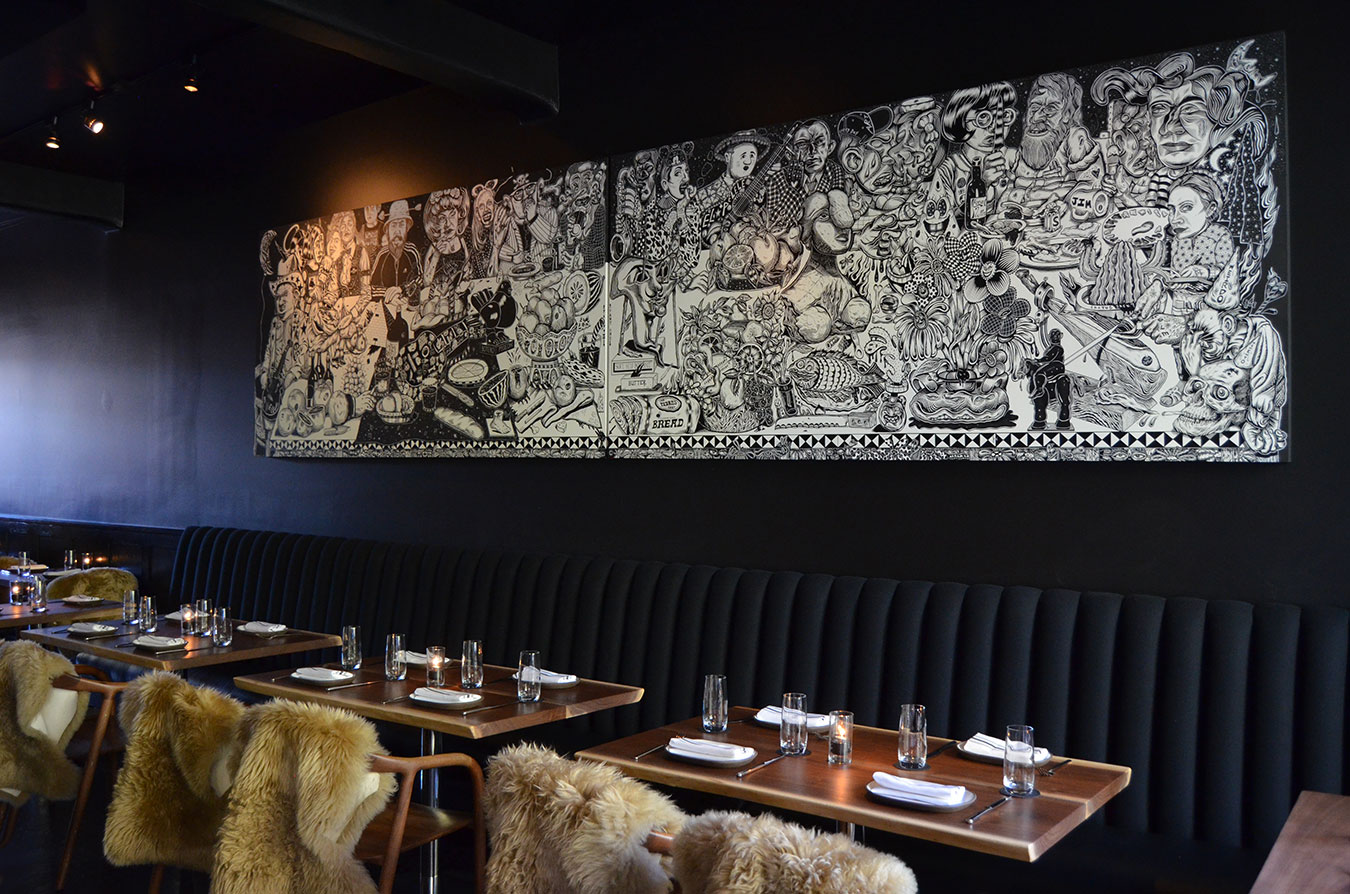 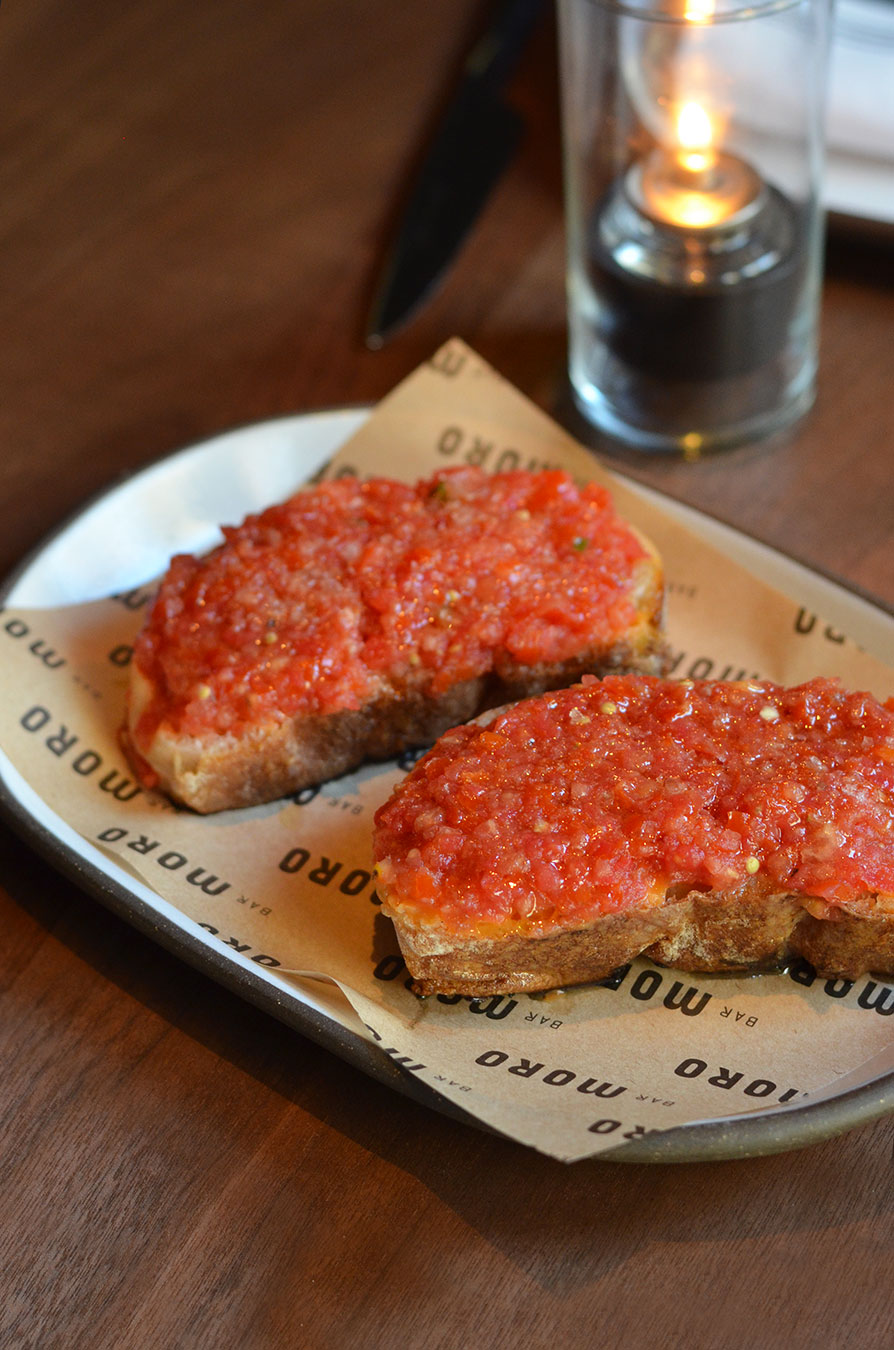 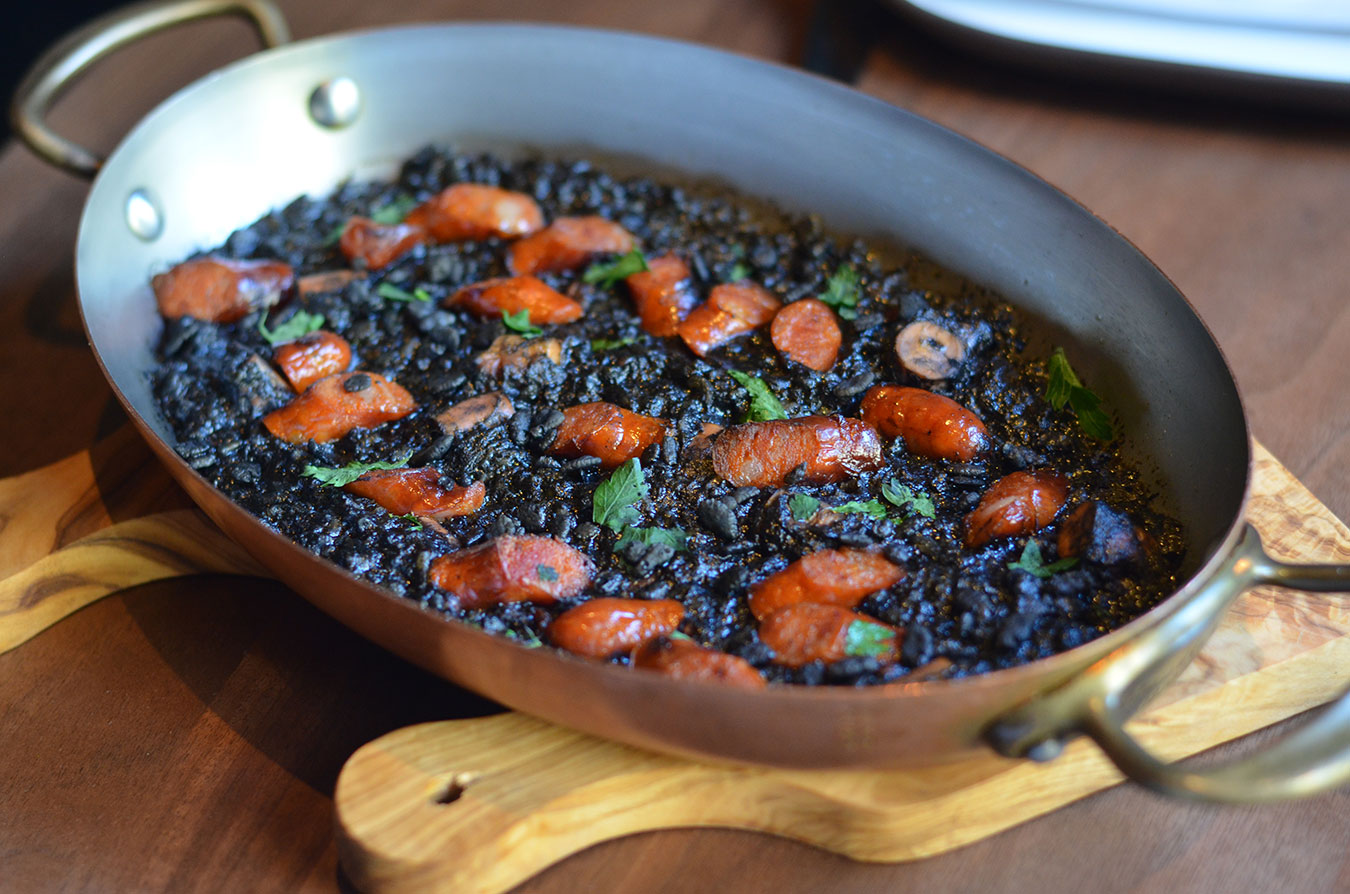 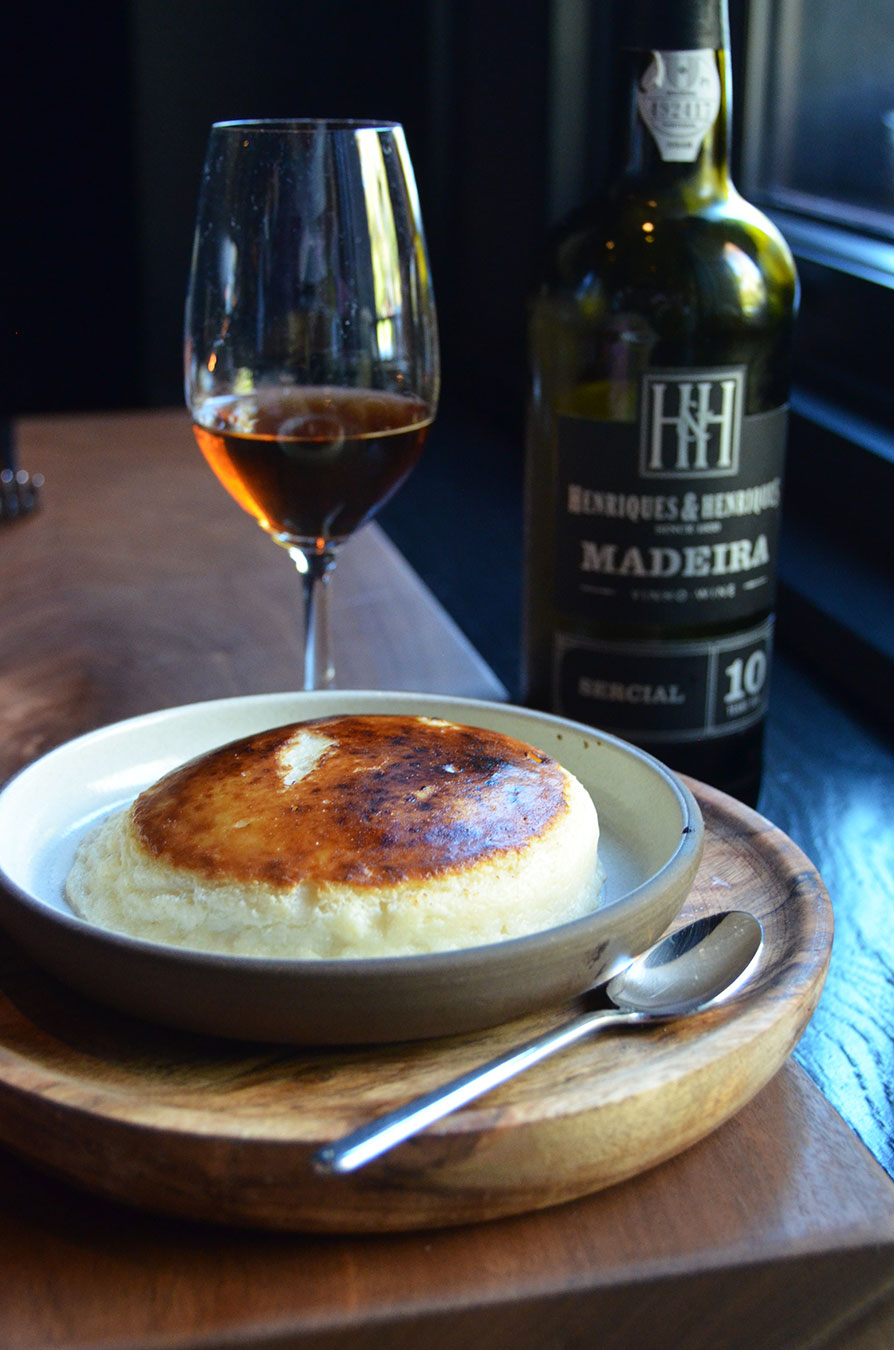 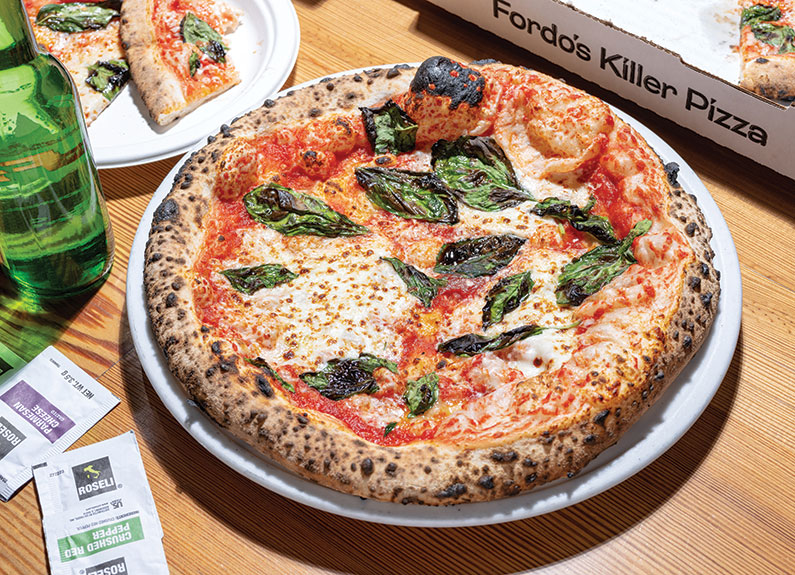