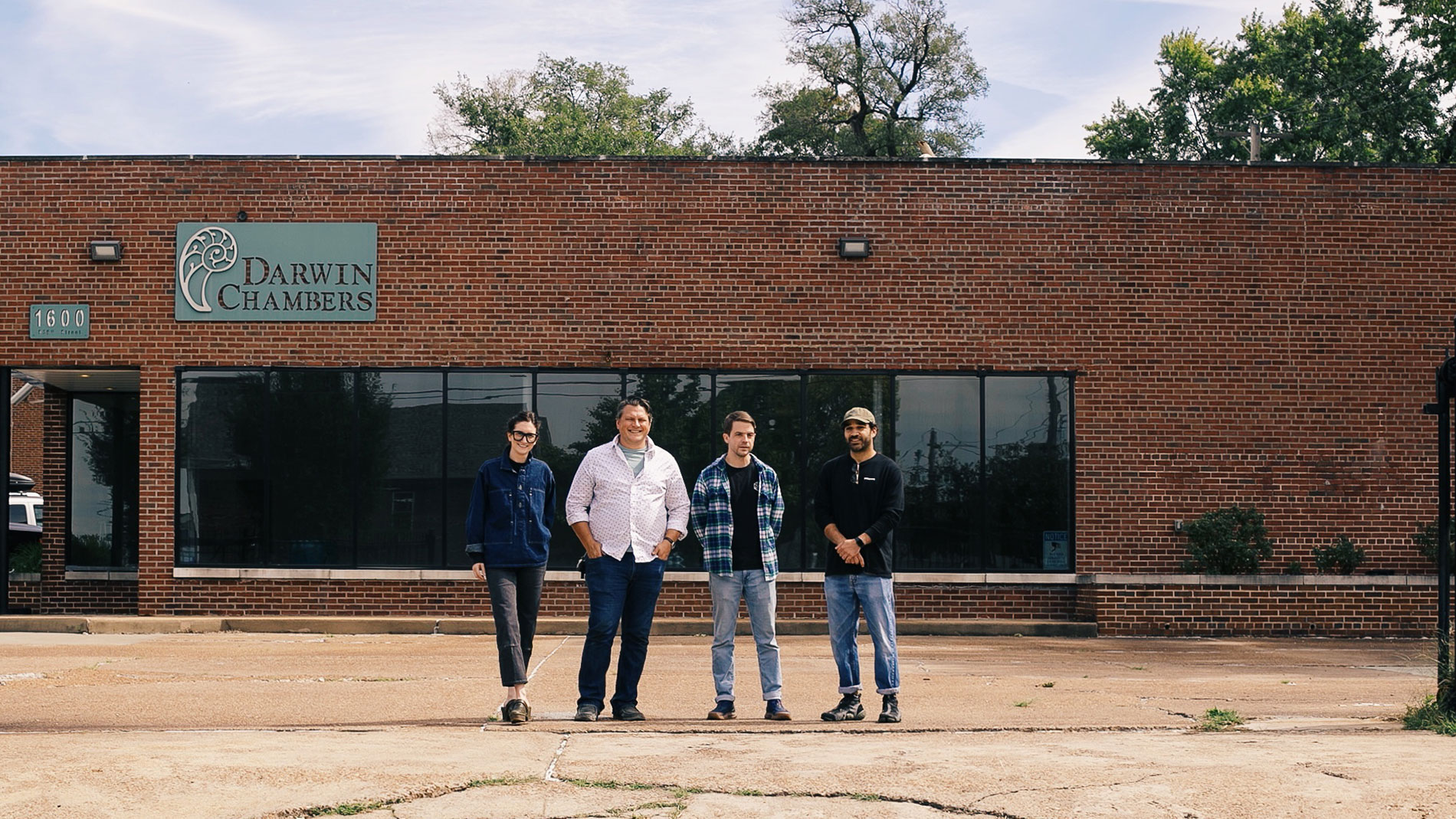 Blueprint Coffee has announced plans for a new roastery based out of an 11,000-square-foot facility on the corner of South 39th Street and Blaine Avenue, in the Tiffany and Botanical Heights neighborhoods. The space, formerly occupied by Darwin Chambers and originally a Kroeger grocery store, will serve as the coffee roaster’s new headquarters, and the first phase of development will include a roastery, storage space, offices, a training center and quality control facility.

Blueprint’s roasting operations will move entirely from the company’s café on Delmar Boulevard to the new facility. The move will allow the Delmar location to operate exclusively as a café and to add to its existing seating capacity. The new roastery will increase Blueprint’s roasting capacity by 25 percent to 2,500 pounds per week, with potential to double that volume to meet any future growth in demand. “The space would allow us to add an additional coffee roaster, and that’s where we could really accelerate growth,” said co-owner Mike Marquard.

The new facility will also give Blueprint space to store 35,000 pounds of pre-roasted coffee beans under climate-controlled conditions. That represents a huge increase from Blueprint’s current storage capacity of 4,200 pounds of raw coffee, most of which is stored at a rented offsite facility.

Marquard said the company had started to consider the need for a larger roasting and storage facility prior to the pandemic. However, the past two years have forced the issue front and center, with significant expansion of Blueprint’s online sales volume, as well as growth in terms of number of wholesale clients the company is serving. Online sales volume is now comparable with sales through Blueprint’s cafes, according to Marquard. The company’s coffee is now stocked by retailers including Whole Foods, and in July this year Walmart began stocking Blueprint Coffee across the St. Louis region as part of the retail giant’s collaboration with Coffee Collective Co. “When the cafes reopened successfully, then it was like, ‘Oh wow, now we really need a new space,’” he said. “We went from being just about ready to way past due.”

In addition to its primary function as a roastery and storage space for Blueprint’s coffee, the company’s new headquarters will provide office space, an interactive training center and a quality control lab. “Roasting is a nuanced process, so having a large, dedicated space will allow us to further hone our coffee roasting skills,” said Mazi Razani, Blueprint Coffee’s Head of Roastery Operations, in a statement. “This new roastery allows us to focus even more on training and evaluation of the coffees, while still maintaining a public-facing production operation.”

“While the roastery will be phase one of the operation, our ultimate goal is for this to serve as an education hub. The training center will allow us to do more events each month that engage the coffee community, both professional and consumer, along with the Tiffany, Botanical Heights and Shaw neighborhoods,” said a statement from co-owner and Wholesale Director Nora Brady. “This move will allow us to better serve our wholesale partners and our entire Blueprint community.”

Further down the line, Marquard said the new facility could be the site of a new Blueprint coffee bar, commissary, event space or production line. “We look at the location and the traffic where that building is, and I think a coffee bar can do really well there,” Marquard said.

However, Marquard stressed that at this moment, a new coffee bar remains simply one of many options for how Blueprint could use the space. “I think it would be the popular opinion so far on what we should do,” he said. “But we don’t want to over-commit before we get through this first part because what our business really needs right now is the ability to support our team and our operations that have been happening in very, very tight quarters.”

Marquard said Blueprint is hoping to begin construction on the new facility by the end of 2022, with a target of launching in 2023. “I would love for it to be very early in 2023, but with construction there are always surprises along the way,” Marquard said. Architect Nick Adams of Mademan Design is working with Blueprint on bringing the project to life. Adams previously played a part in the design of the company’s Delmar Boulevard and Watson Road locations.

Blueprint is also offering a one-day deal on coffee subscriptions to mark National Coffee Day, which falls on Thursday, Sept. 29. New pay-as-you-go subscribers on Sept. 29 can get 50 percent off their first three bags of coffee by entering the code “coffee-day” at checkout.