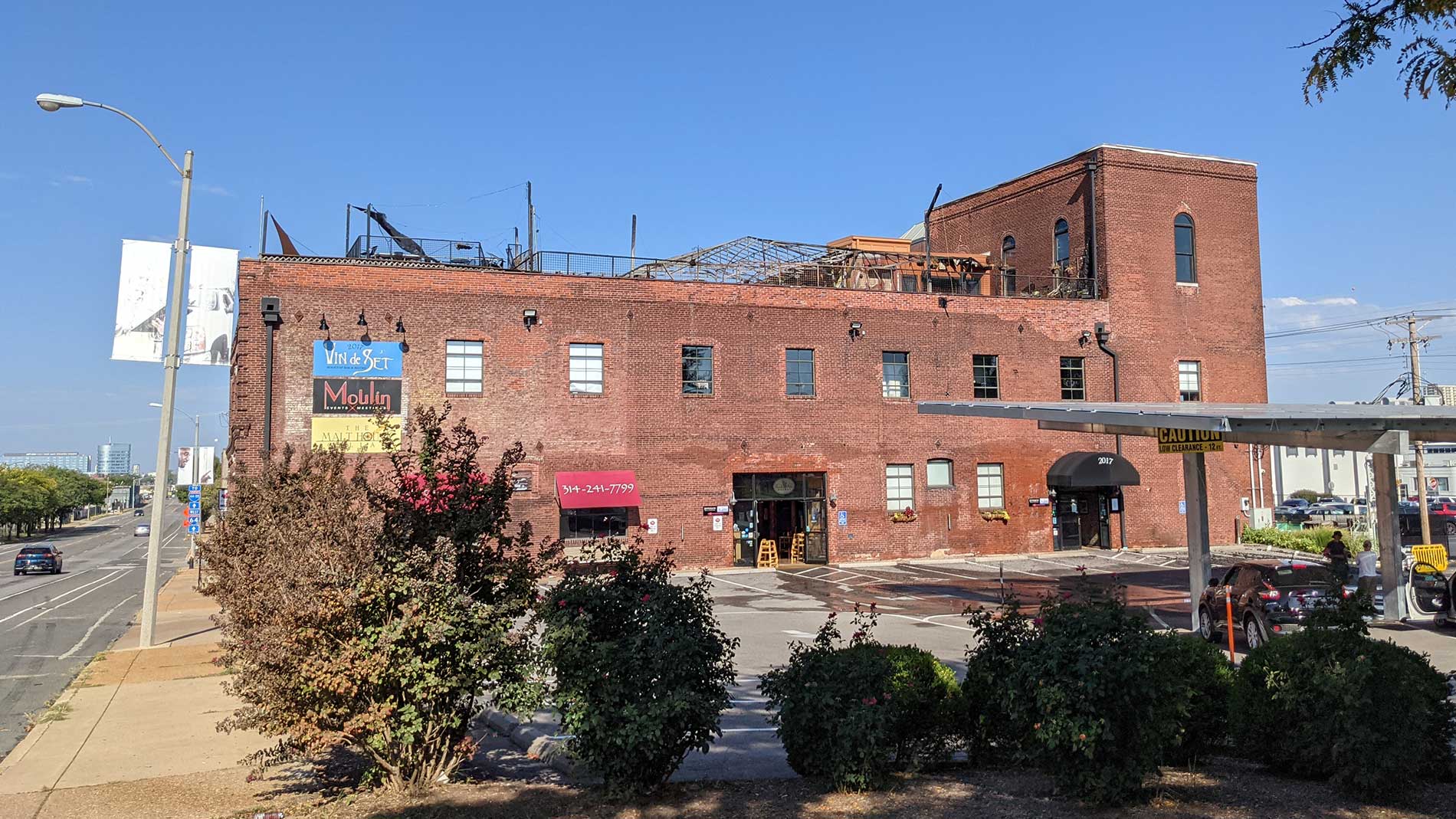 Hamilton Hospitality restaurants Vin De Set and PW Pizza were damaged by a fire at 2017 Chouteau Ave. in the early hours of Monday, Sept. 19. The Lafayette Square venues will remain closed until further notice while the extent of the damage is assessed and next steps are put in place.

The fire affected the roof of the building, causing extensive damage to Vin De Set’s patio. “The deck at Vin De Set is pretty much gone,” said Jason Arnold, vice president of operations at Hamilton Hospitality. The floors beneath the deck at Vin De Set, including PW Pizza and the Moulin event space, suffered smoke and water damage. Nobody was inside the building at the time of the blaze.

Arnold said that the rear section of the building, which houses the interior bistro and bar at Vin De Set, along with Hamilton Hospitality’s offices, appeared to be relatively unscathed. “The kitchens are all wet, so depending on the status of the equipment, that's clean up and figuring out what works and what doesn't work,” Arnold added.

The cause of the fire is unclear at this time. “We think that between 3:30 a.m. and 4 a.m. somebody saw flames on the rooftop and called the fire department,” Arnold said. “By the time I got down here, the fire department already had a couple of companies here and they had trucks pushing water down on the fire.”