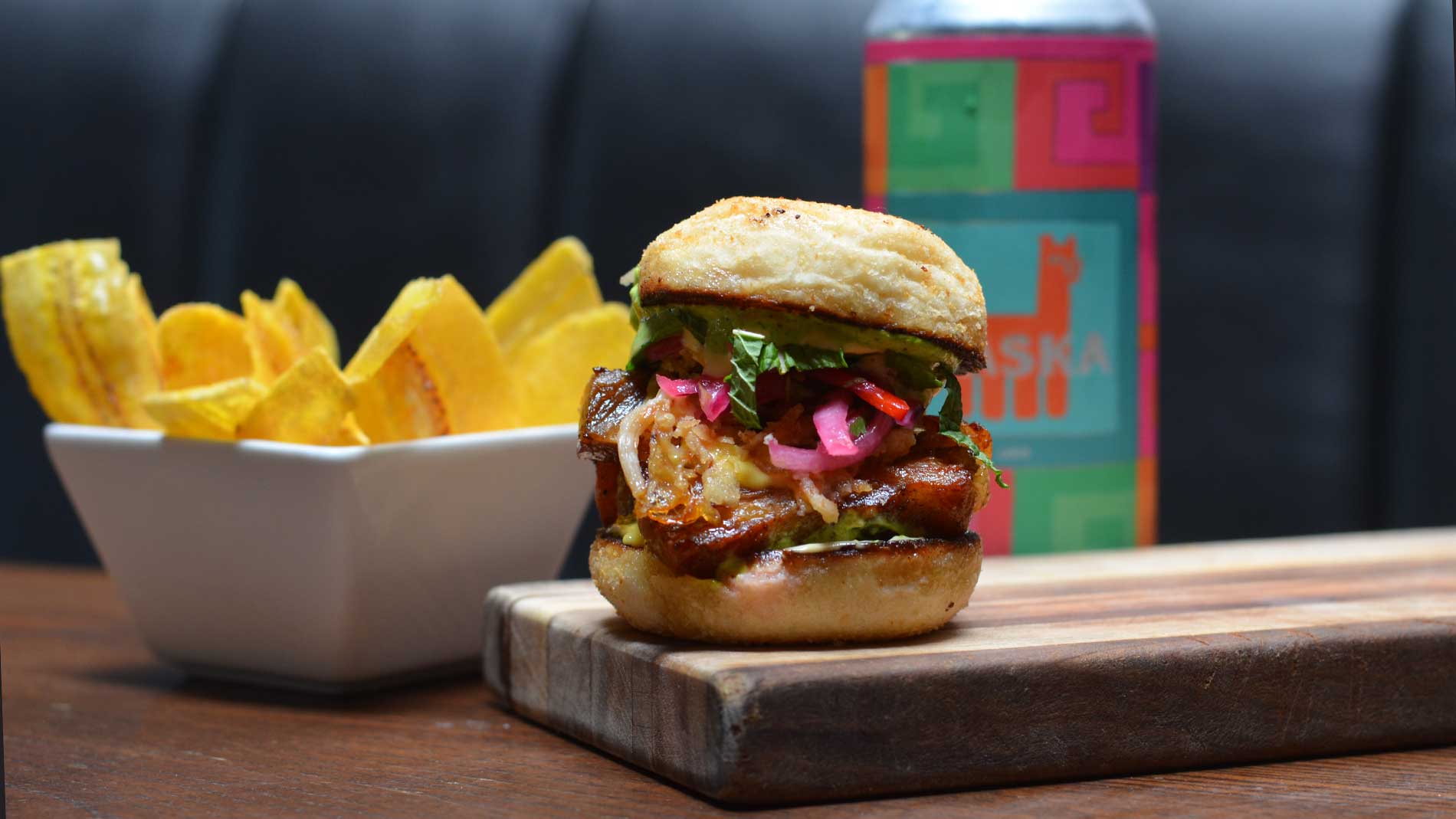 Sanguchitos, the little sandwich concept from Andrew Cisneros of Jalea, opened in mid-August inside Perennial Artisan Ales at 8125 Michigan Ave. in South City.

Jalea is a Peruvian restaurant that opened last year in St. Charles with a nod toward Cisneros' fine dining experience. Sanguchitos inside Perennial on the other hand, is a more casual concept featuring five sandwiches and a couple snacks, including housemade potato chips and plantain chips. "At Jalea, we were having difficulty sourcing Peruvian beers, and I reached out to Phil [Wymore, co-owner at Perennial Artisan Ales] about collaborating on a beer and we connected and collaborated on Waska." Cisneros said. "Waska is inspired by Peruvian lager. It's fermented in a Mexican lager yeast and we used heirloom Peruvian quinoa in the mash to add a different grain element. It's meant to be a simple, refreshing lager." Wymore said. The success of Waska lead to Sanguchitos. "We chose to do sanguchitos here because of how well they [were selling] at Jalea and how well they pair with beer," Cisneros said.

What makes the sanguchitos so good? The bread is a fresh, soft pandesal, a Filipino-style roll sourced from Liz's Filipino Desserts in St. Peters. The sauces are all complex and delicious. The aji verde, for example, made with aji amarillo peppers, cilantro and lime juice, is spicy and herbaceous and pairs especially well with the fresh blue crab salad sanguchito that also came with smoked trout roe and crispy shallots.

Cisneros' Peruvian-style rotisserie chicken became a popular order while he worked at the now-closed Original J's and inspired the chicken salad sanguchito. The chicken is marinated for 12 hours with Waska, lime juice, and spices and then smoked, resulting in tender and juicy meat and served with signature chicken sauce. (Look for rotisserie chicken on the menu in the near future.) The pork belly also has a multi-step cooking process and is first cured with salt and herbs, braised in white wine until tender then seared before serving to give the rich cuts a bronzed crunch for a nice finishing touch. Vegetarian options like the vegetarian choripan, are also available. The vegan sausage is an Impossible product that Cisneros seasons with chorizo spices and serves with tomato sauce, smoked mozzarella and basil. 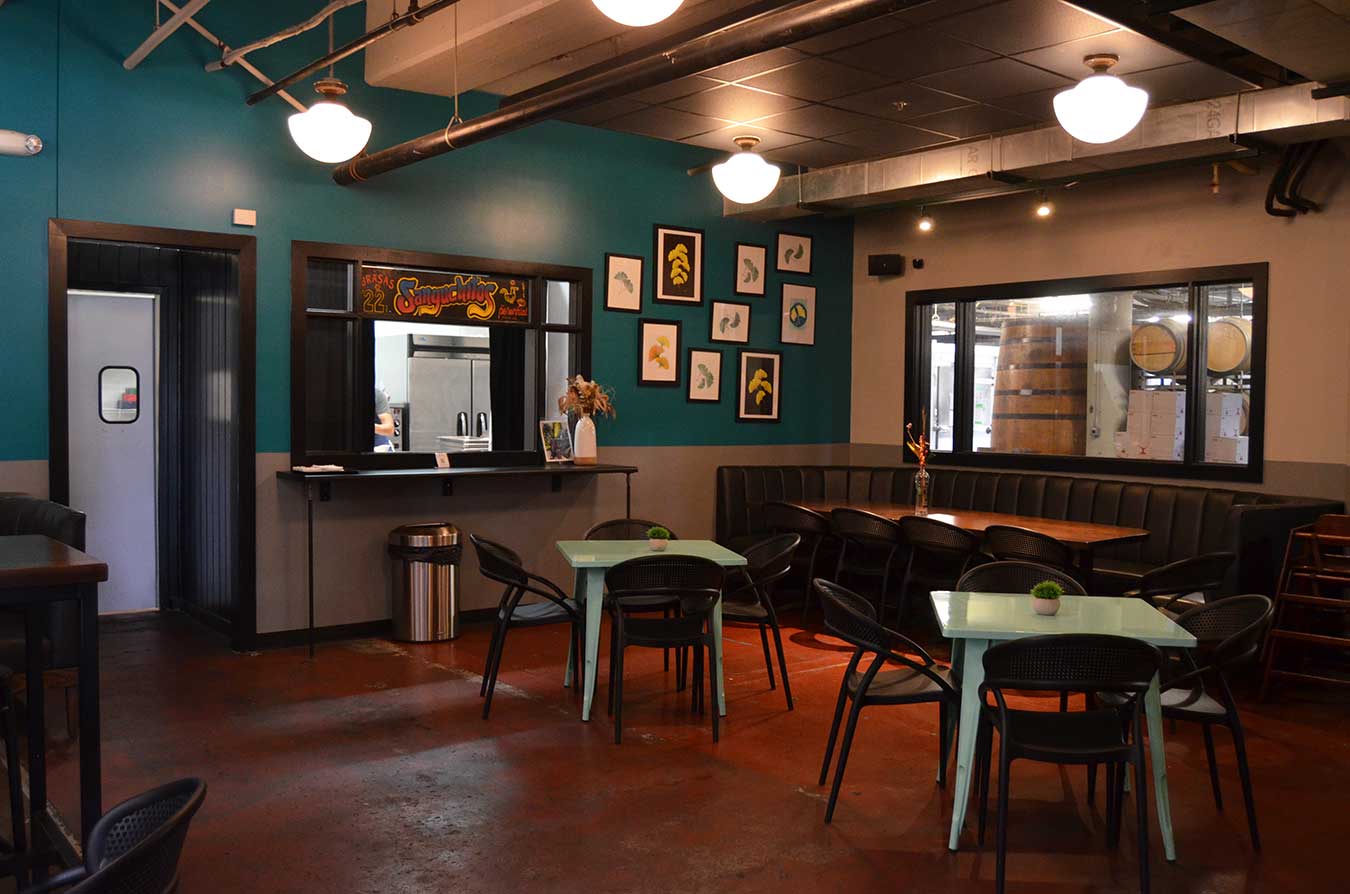 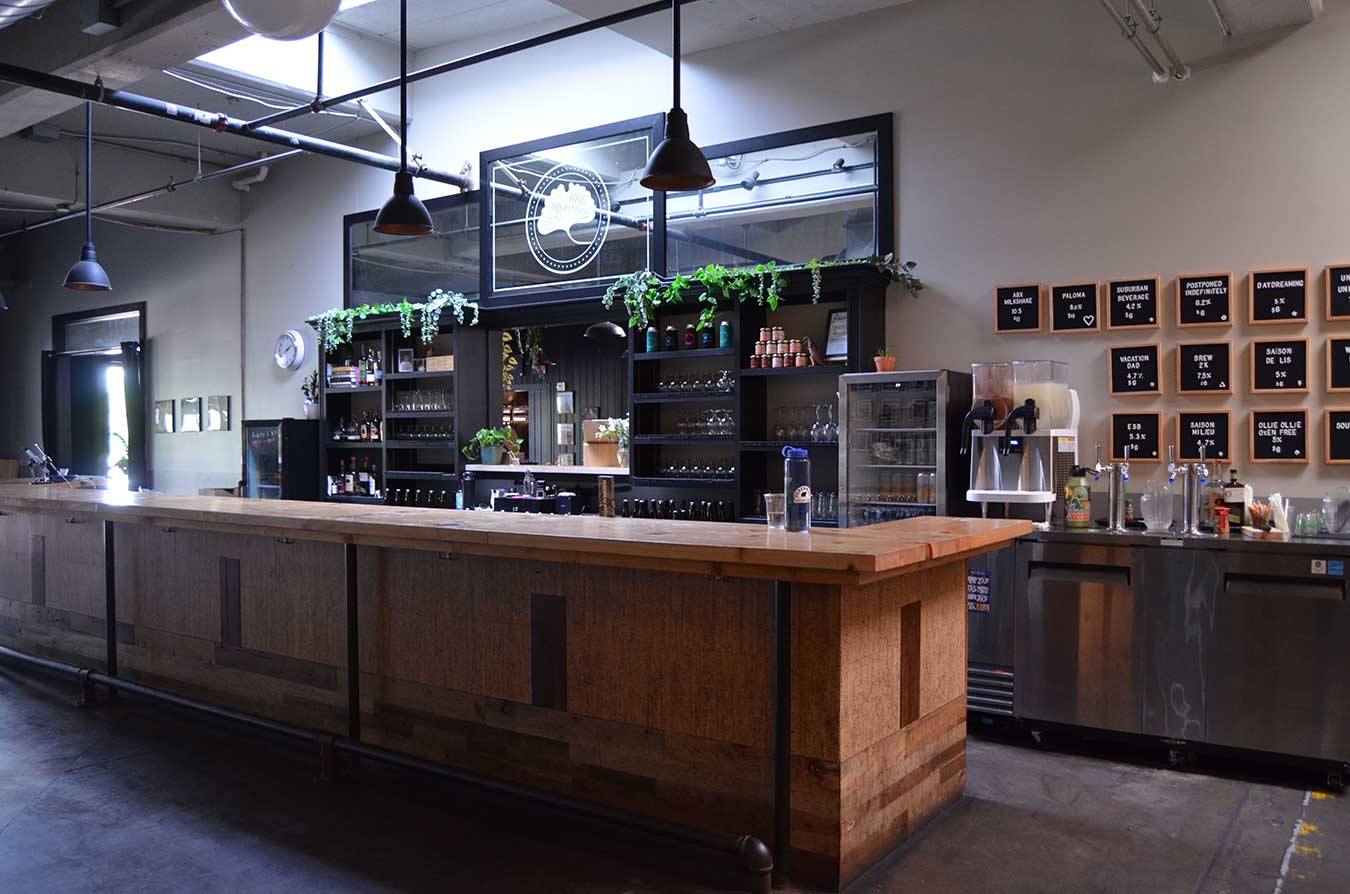 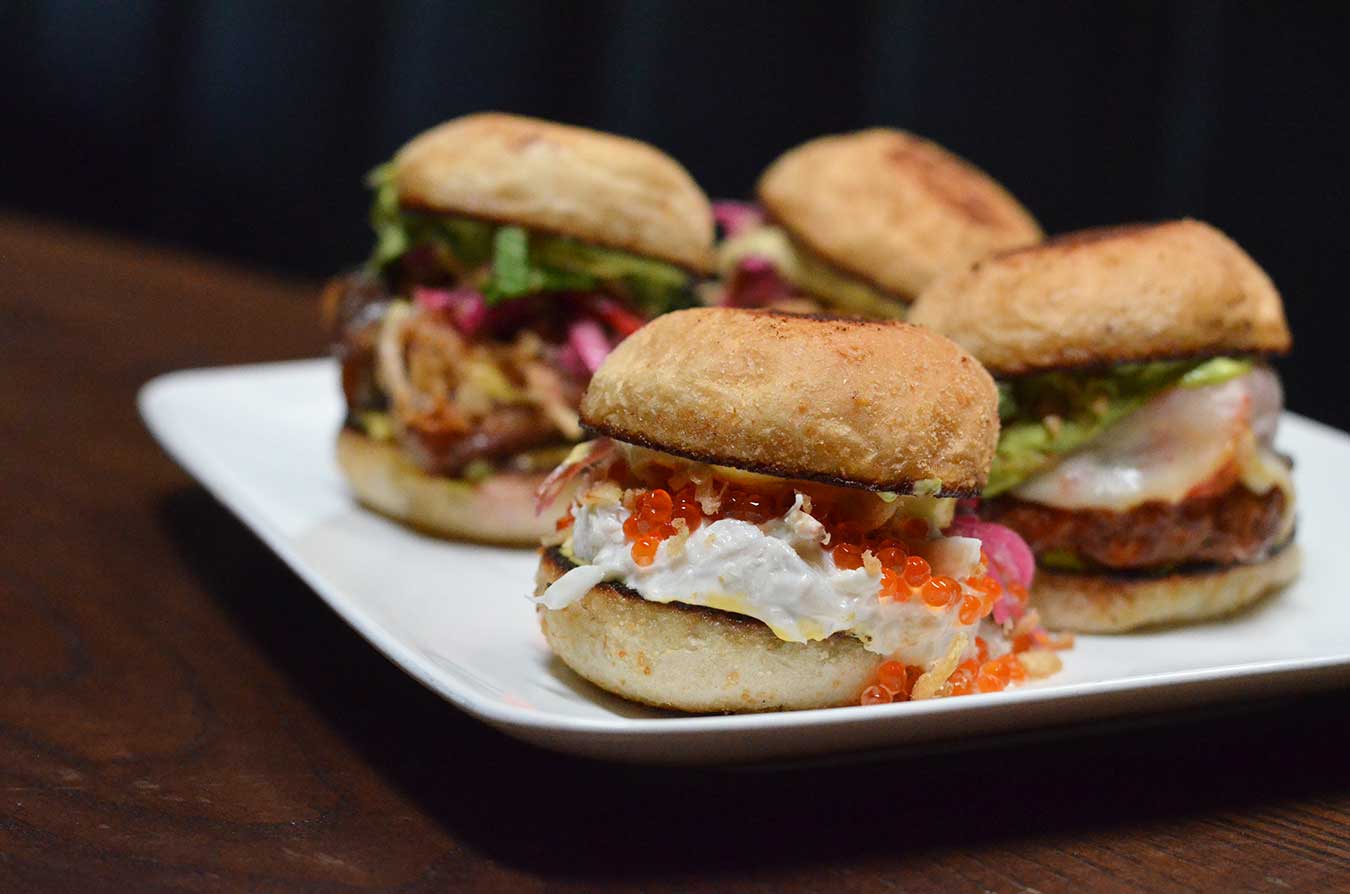 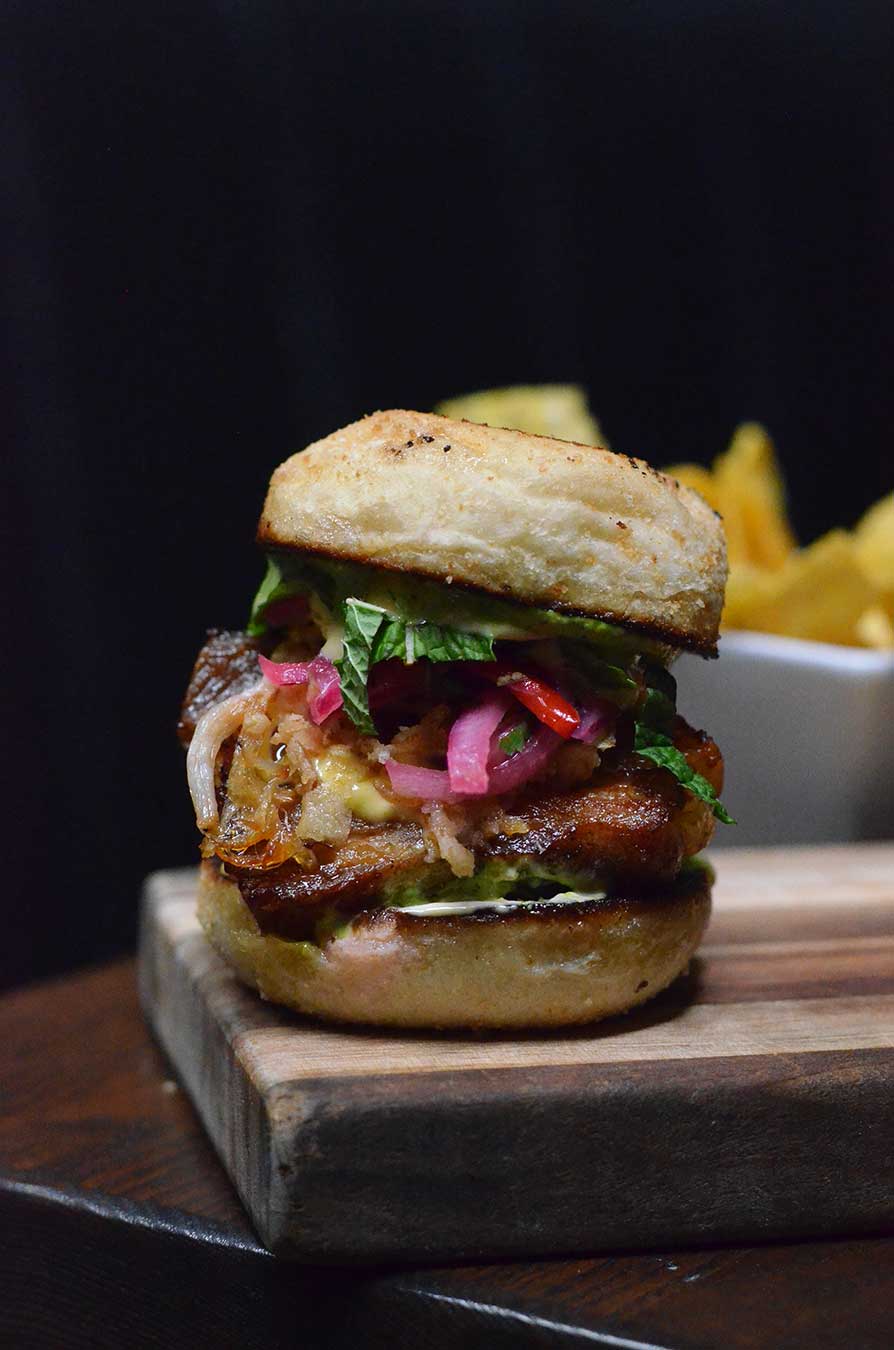 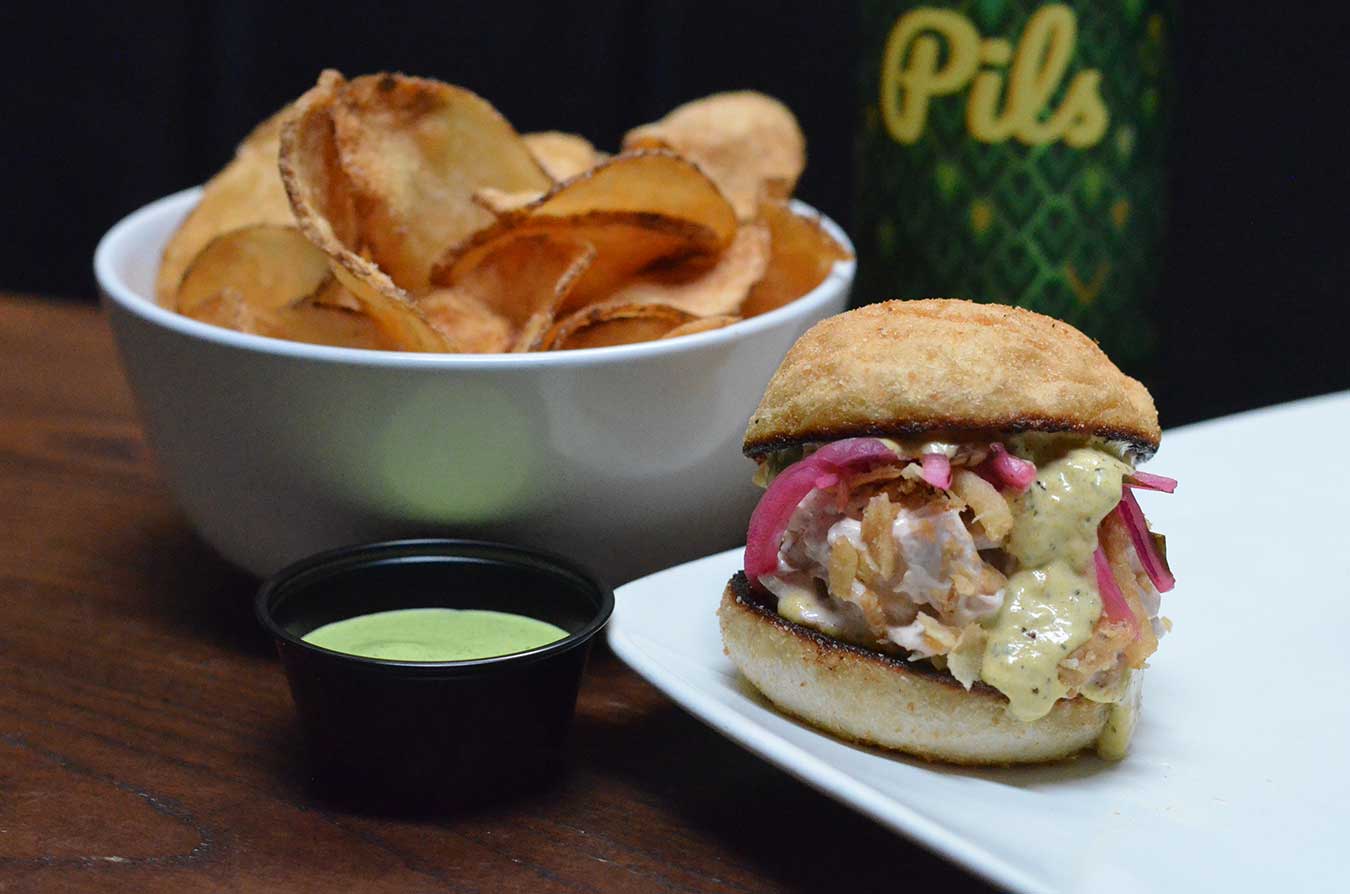 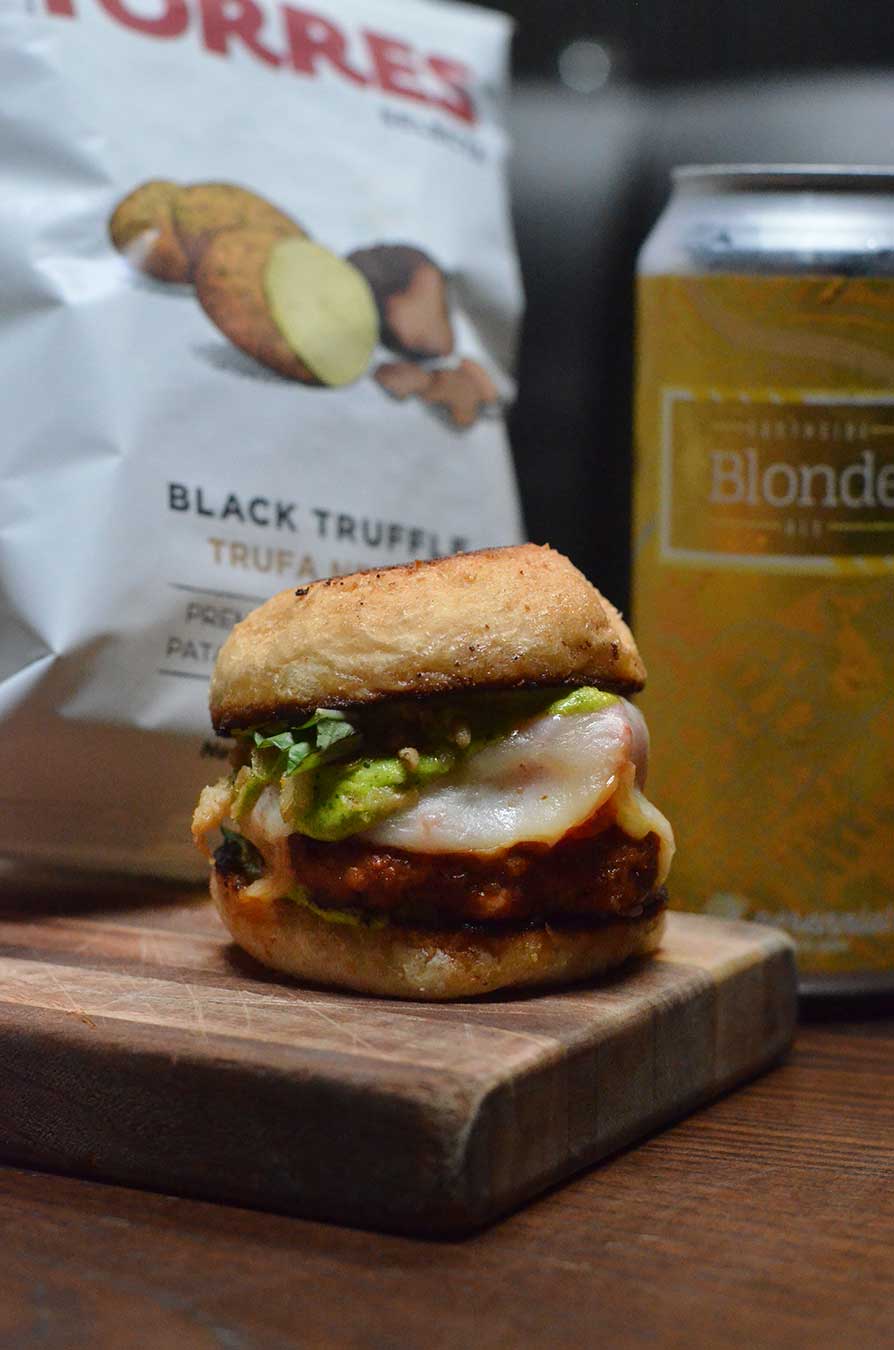 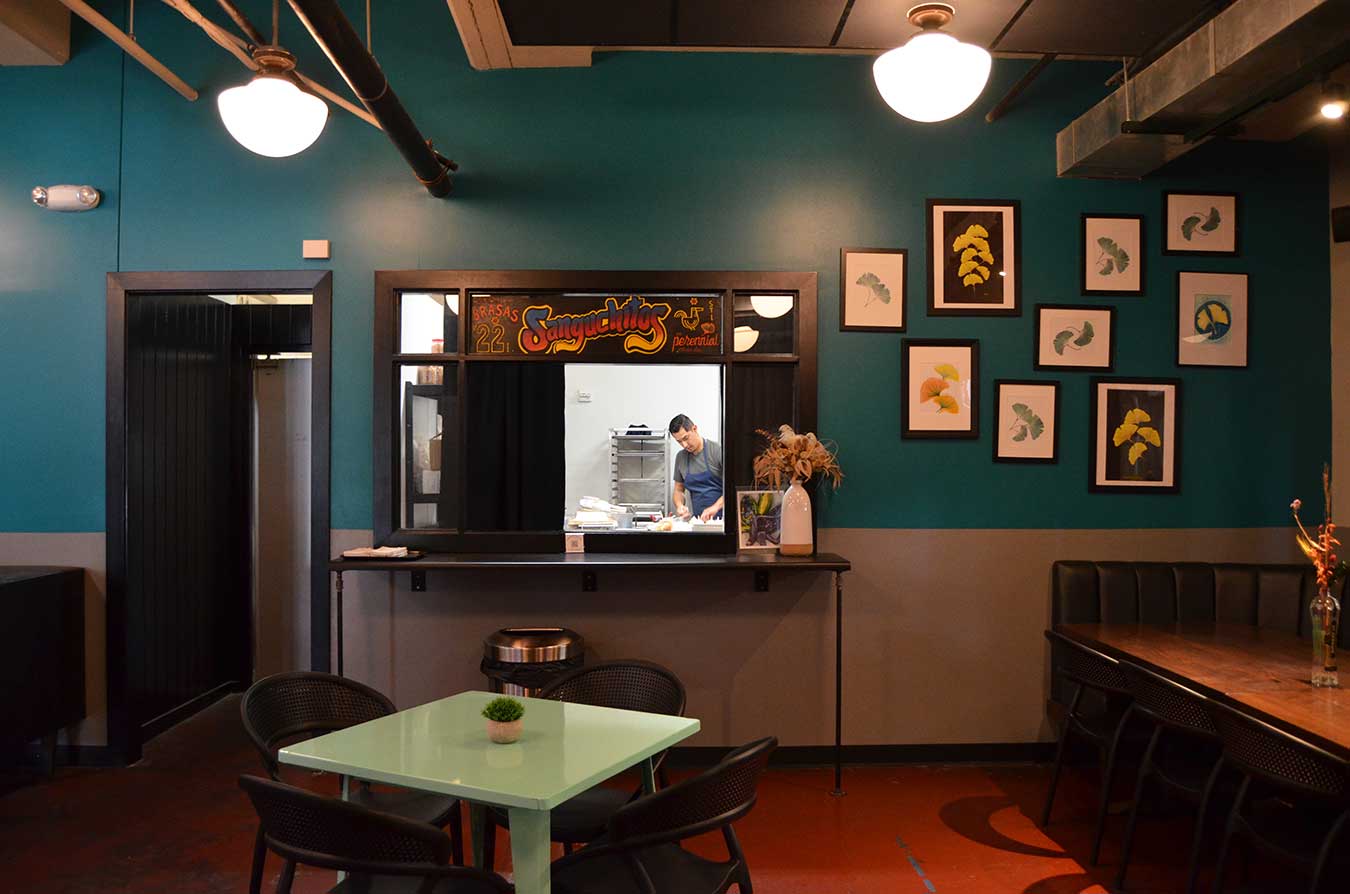