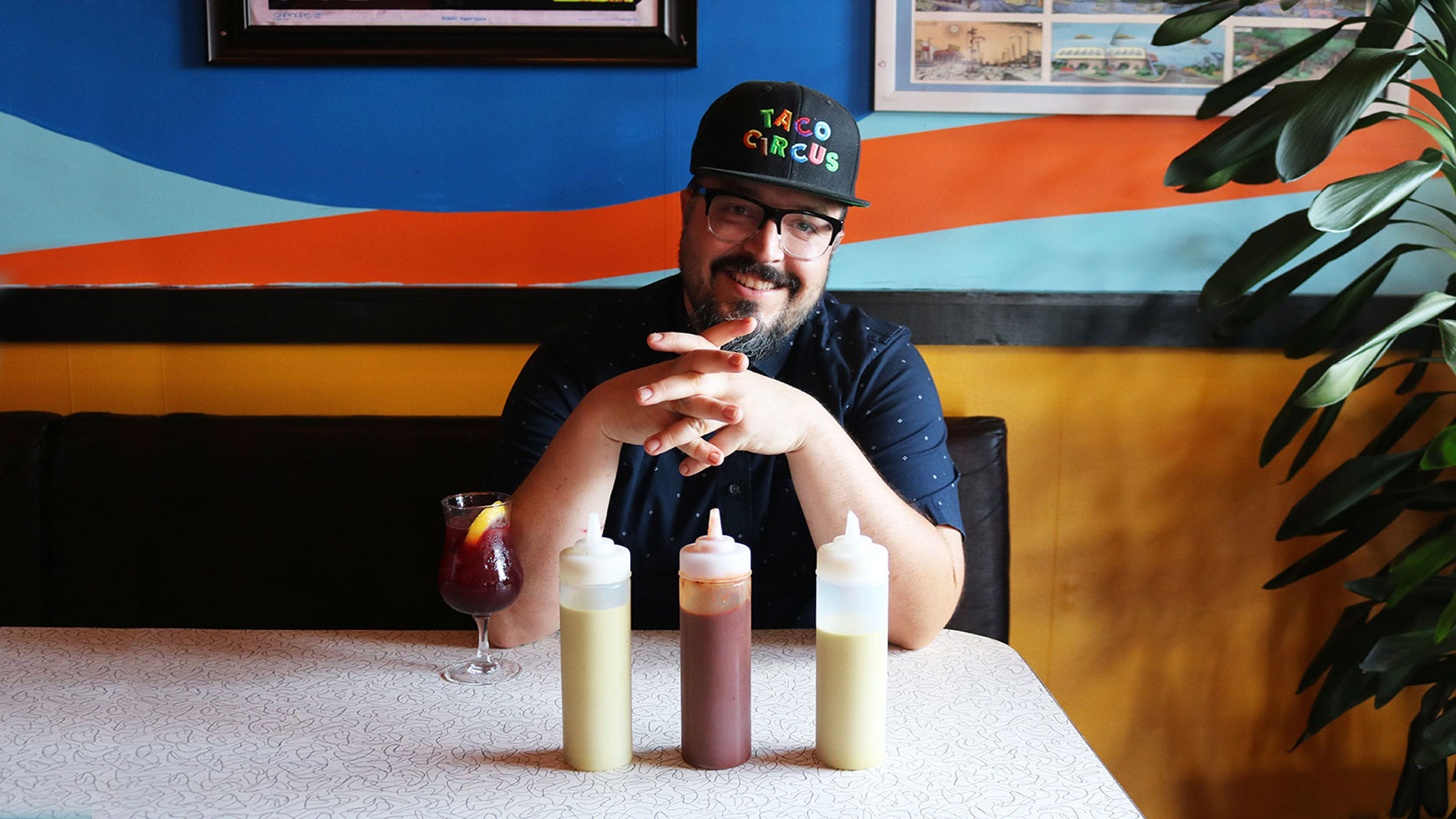 Almost a year after closing its location on the Hill, Taco Circus is coming back to St. Louis. The Texan-inspired taco restaurant is one of four concepts owner Christian Ethridge will launch this month out of Kitchen Clayton, a takeout-centric location at 7923 Forsyth Blvd. in Clayton. The aim is to launch Taco Circus on Monday, Oct. 17, with the three new concepts following within weeks.

With the emphasis on takeout, Taco Circus is offering a reworked menu that zooms in on tacos and quesadillas. Ethridge said the new model is intended to ensure dishes can be executed to consistently high standards. The taco menu will be “very straightforward” and grounded in traditional, classic taco preparations. “We're gonna start with chicken thighs, chicken breast, we'll have chicken mole, al pastor, we'll have skirt steak,” Ethridge said.

Ethridge added that the popular pork steak taco is a spin on a traditional carnitas taco, but he hopes to add a more traditional option further down the line. “We may end up getting into barbacoa or lengua, some of the lesser utilized traditional proteins as we get going, but we just want to make sure that we're executing service first and keeping our items down and doing this properly,” he said. The menu will also offer seven types of salsa.

Kitchen Clayton will launch another three brand new concepts later this month: El Primo, Bodega and Global Pizza Villain. El Primo will offer a menu of burritos similar to those previously offered at Taco Circus. In addition to a build-your-own option, El Primo will offer items like a green chile burrito, a chicken mole burrito and more. “It’s all going to be traditional and authentic flavor profiles,” Ethridge said.

Bodega will offer “traditional over-sized St. Louis style sandwiches” akin to those served at the Hill’s great delis. The sandwiches will use bread from Vitale’s Bakery, and the menu will include an Italian-style sandwich named after Frank Cunetto of Cunetto House of Pasta. Other sandwiches on the menu include the Mile-High Club, a stacked club sandwich, Birdy’s Breakfast Club with egg and bacon, and the Clayton Cheesesteak, which Ethridge said will offer a higher-end take on a Philly cheesesteak. Sides include corn casserole, baked beans and potato salad.

Completing the trio of new concepts is Global Pizza Villain, which will offer 14-inch pizzas to take home. Each of the four menus at Kitchen Clayton will have a range of vegan options. Ethridge is sourcing vegan proteins from The Be-Hive, a plant-based deli and market in Nashville.

The large kitchen at Kitchen Clayton covers part of a footprint once occupied by both Barrister’s and The Libertine. Those restaurant spaces have been remodeled to include several new units, of which Kitchen Clayton is just one. Ethridge said the kitchen is four times larger than the kitchen Taco Circus had at its most recent home at 4940 Southwest Ave. on The Hill. A couple of tables will be placed streetside, but most diners will be taking their orders home, or having them delivered via third-party platforms.

“We’re focusing on catering and doing to-go food for this neighborhood of Clayton and the surrounding neighborhoods of University City, Ladue, and Richmond heights,” Ethridge said. Delivery is available within a seven-mile radius, which Ethridge said will extend the kitchen’s reach to serving the Grove, Midtown, Central West End and other city neighborhoods. “We may end up getting into late night because we do realize that there's a need for late night food delivery service platforms. Kitchen Clayton will be open seven days a week from 9 a.m. to 9 p.m. Online ordering for Taco Circus will be available through the Taco Circus website or via Toast.

Ethridge said that he originally conceived of Taco Circus as a drive-thru concept, so the switch back to a more fast-casual model is not necessarily out of step with where he wants to be. And he may not have given up that drive-thru dream entirely. “This is the third incarnation of a different business model that Taco Circus is taking, and surely not to be the last,” Ethridge said.