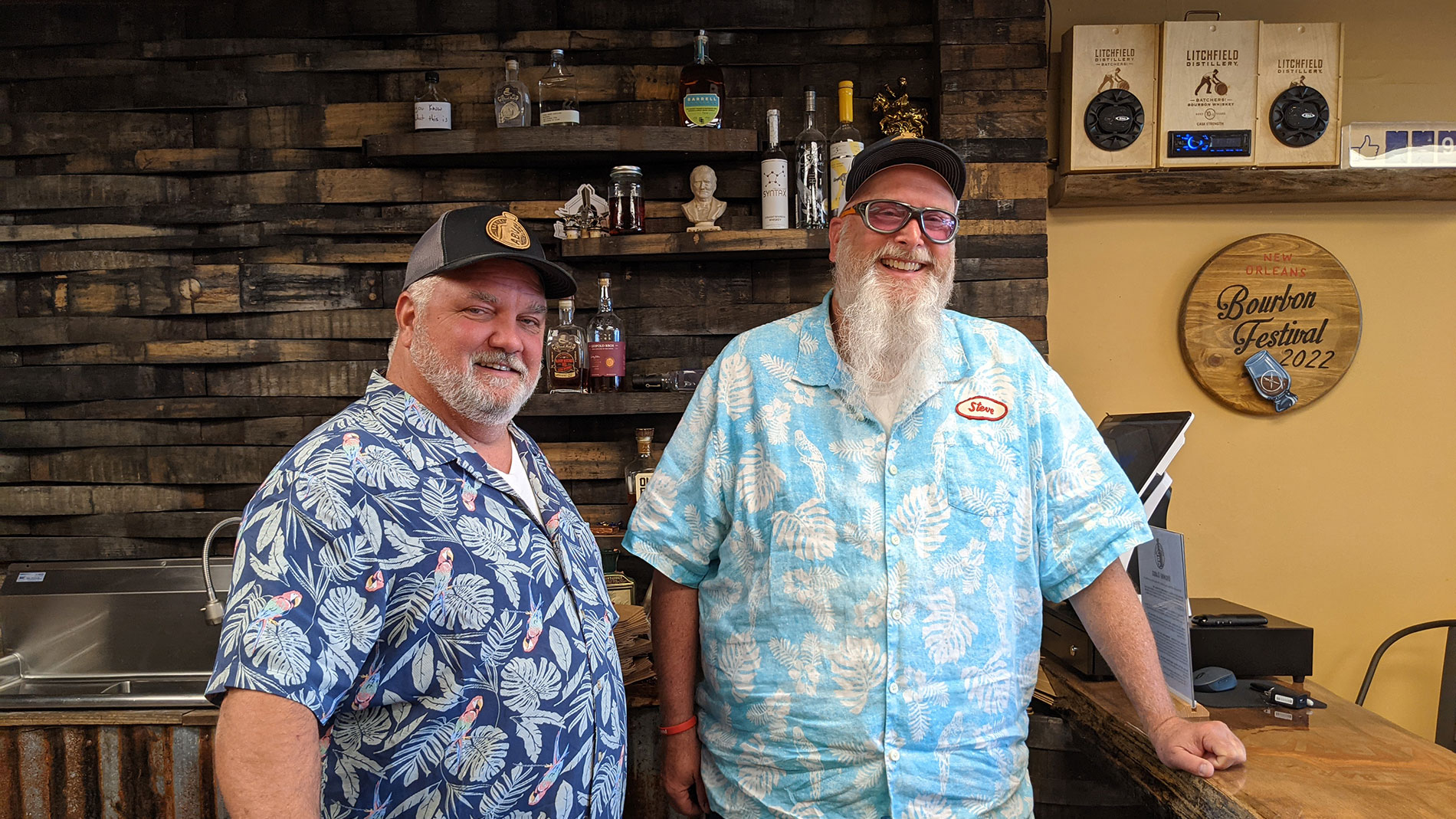 The shop is located in an Arnold strip mall, just a couple of minutes off Highway 55. It’s an unassuming location for a project that co-owner Steve Akley says is a landmark in the bourbon industry. “We’re going to be a destination location,” he said. “We’re going to bring people into the St. Louis region from all over that are bourbon fans because they want to experience what we’re doing here.”

Akley and co-owner Jim Fasnacht say the shop’s single barrel bourbon program will set ABV Barrel Shop apart from other specialist whiskey stores. The pair previously collaborated on a similar program for a major Missouri liquor retailer, and they’re confident that they’re creating something special with their new venture.

The idea behind single barrel bourbon picks is simple, and contrasts with how bourbons are typically produced for the mass market. When creating a batch of bourbon at scale, distillers typically produce many barrels of bourbon, then blend those barrels before bottling. This is important because flavor profiles can vary significantly from one barrel to another. In a batch of thousands of bottles, this method ensures consistency of flavor from one bottle to another.

With single barrel picks, however, one barrel is selected for its quality, and the liquor from that barrel is bottled directly with no further blending. “We go in and we roll out eight or ten barrels, whatever they have in the distillery, and we taste out these barrels and rank them, picking the best of the barrels,” said Fasnacht. “It’s amazing how different the taste can be from barrel to barrel.”

ABV Barrel Shop's initial range will include somewhere between 12 and 15 different single barrel bourbons. With a typical batch from a single barrel pick running from 50 to 300 bottles, these are limited edition bourbons, and Akley and Fasnacht say their goal is to keep the stock rotating so that every time a customer visits they’ll find something new to interest them. “What we’re hoping to do is when we get up and running we’ll do 100 barrel picks or so a year,” said Fasnacht, adding that they expect to bring in one or two new barrels each week.

The shop’s first releases will include a number of Missouri distilleries, including a 28-bottle run of a “hazmat” bourbon (a bourbon rated over 140 proof) from Wood Hat Spirits and a single barrel pick from from Nobletons. Akley and Fasnacht are particularly excited about stocking a bourbon from Distillery 291 in Colorado. “That’s maybe one of the most awarded distilleries in the country, and we’re going to be the first ones to ever sell the products [in Missouri],” said Akley. Other out-of-state bottles that you’ll be able to find soon at ABV will include 10th Mountain Whiskey from Colorado, MB Roland from Kentucky and Leatherwood Distillery from Tennessee.

Akley has operated a bourbon-obsessed media company, ABV Network, since 2016, hosting a daily podcast, as well as creating events and a range of content. That’s allowed him to build an extensive network of contacts with distillers and other players in the bourbon industry. Many of those people have become friends, and Akley said those relationships have given ABV Barrel Shop access to distilleries and bourbons that may otherwise not have been available.

Customers can take a seat at the bar to try before they buy anything that’s in stock, and eventually guests will be able to buy bourbons by the glass. Fasnacht built out much of the shop himself, and the design incorporates a number of references to the world of bourbon distilling, much of it donated from friends in the industry. The bar top, for example, was donated by Gary Hinegardner of Wood Hat Spirits. Akley and Fasnacht had the ABV logo carved into the wood, then filled the gap with a copper epoxy, which most distilling stills are made from. Barrel staves are repurposed as wall panels, a used barrel doubles as a corner post on the bar, and there’s a century old still. The names on the backs of the bar stools pay homage to some of Akley’s regular guests on the ABV Network podcast.

Akley and Fasnacht are also working on events and educational programming that will have something to offer for bourbon aficionados as well as curious novices. “We’re going to be doing classes and teaching, and you’ll have the opportunity to meet more people from the bourbon industry than you’ve ever met before,” Akley said. That could include bourbon tastings, learning to pair bourbon with different types of food, and more. One upcoming event will bring customers together to taste from different barrels and work together to select a “customer pick” which will be sold in the store.

Akley said that the shop’s clientele will mirror the bourbon community he’s built with ABV Network. “There’s no pretentiousness, no bourbon snobs,” he said. “It’s all levels. There are people just getting into it and people that have tasted everything that you could ever want to taste in the world, but they’re all super approachable and easy to get along with.”

ABV Barrel Shop will be open initially from 11 a.m. to 8 p.m. Wednesday through Friday, and on Saturday from 9 a.m. to 8 p.m., with occasional Sunday openings. To receive information on classes, visit the shop’s website and sign up for updates. 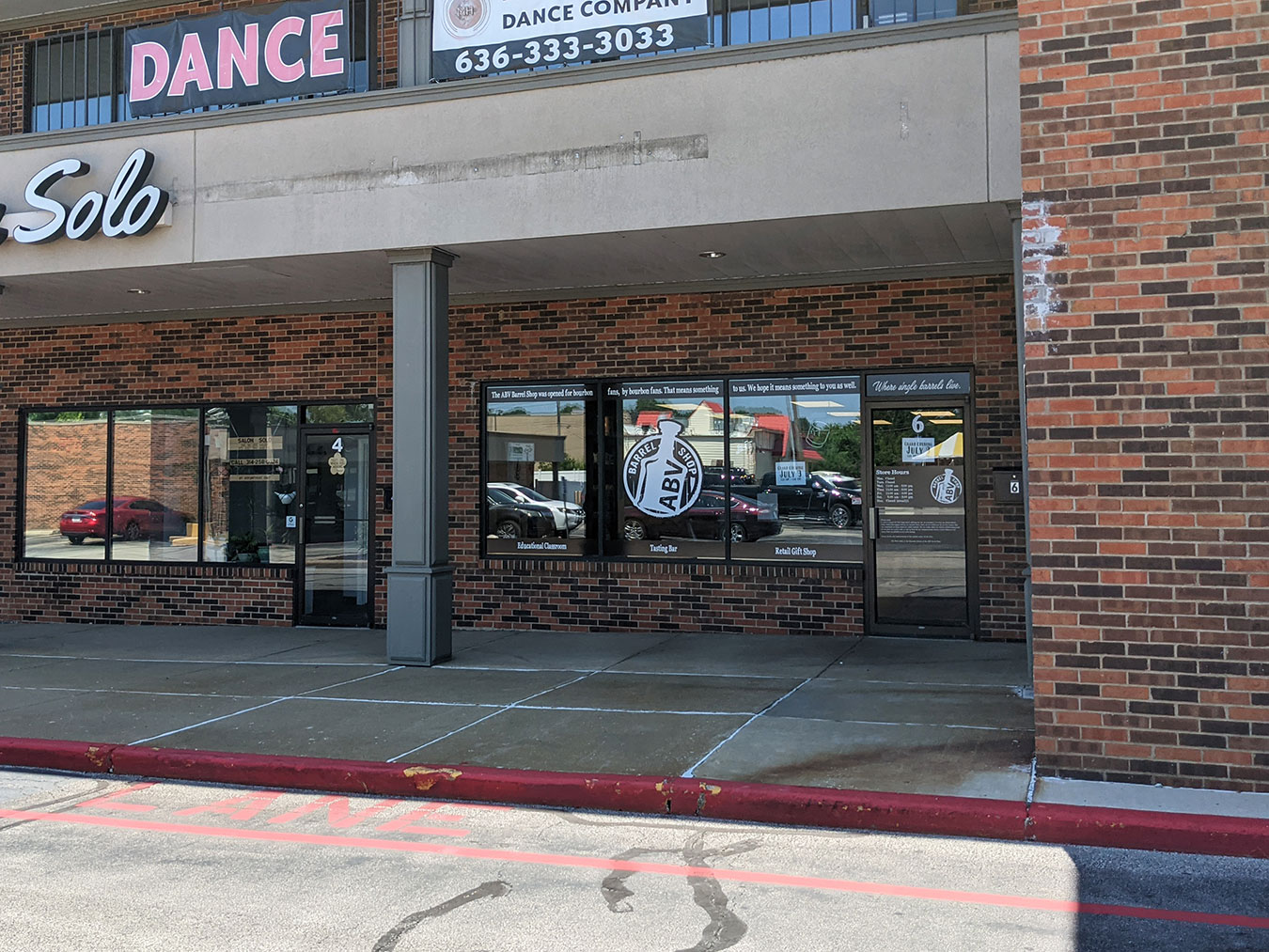 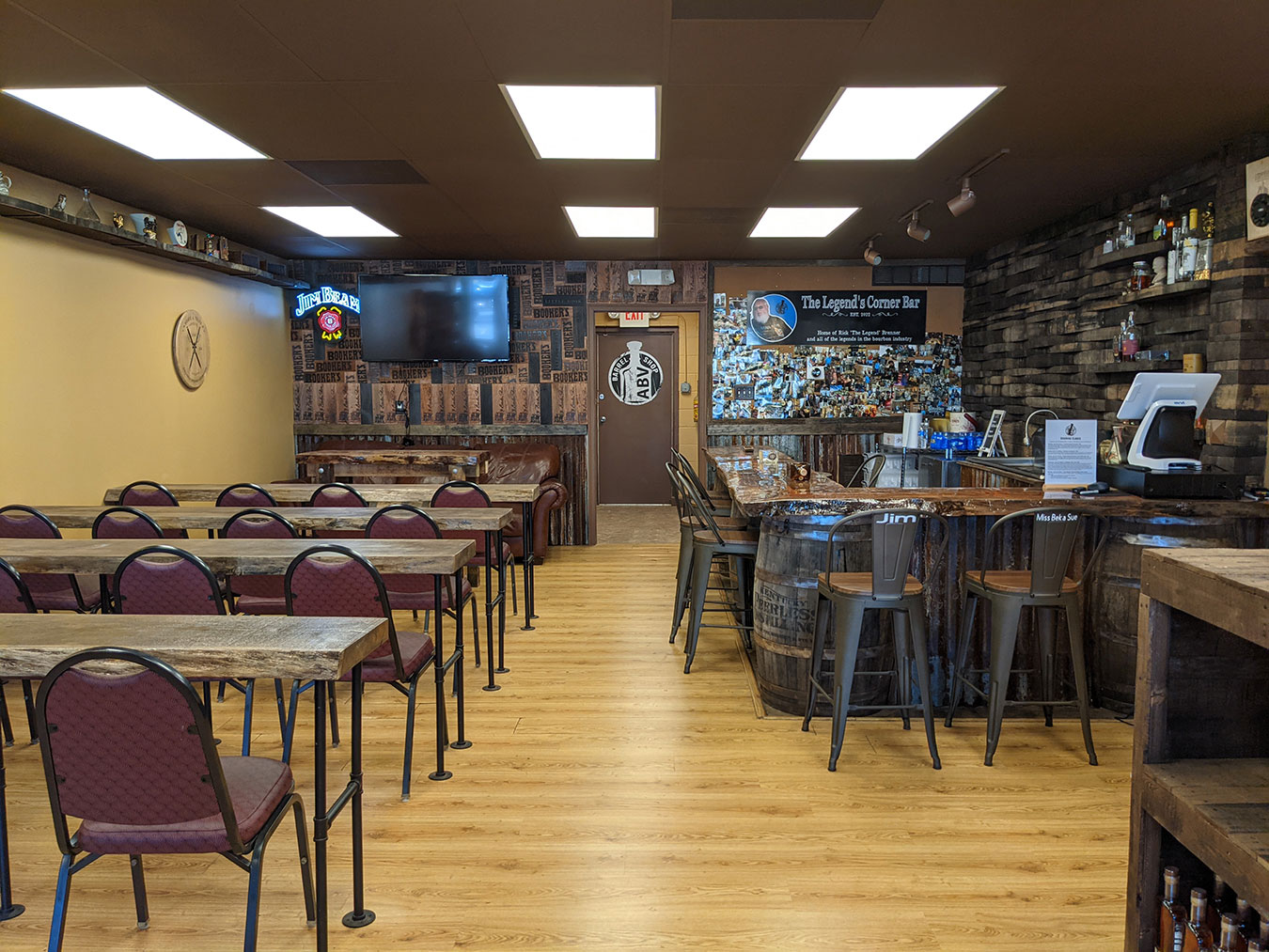 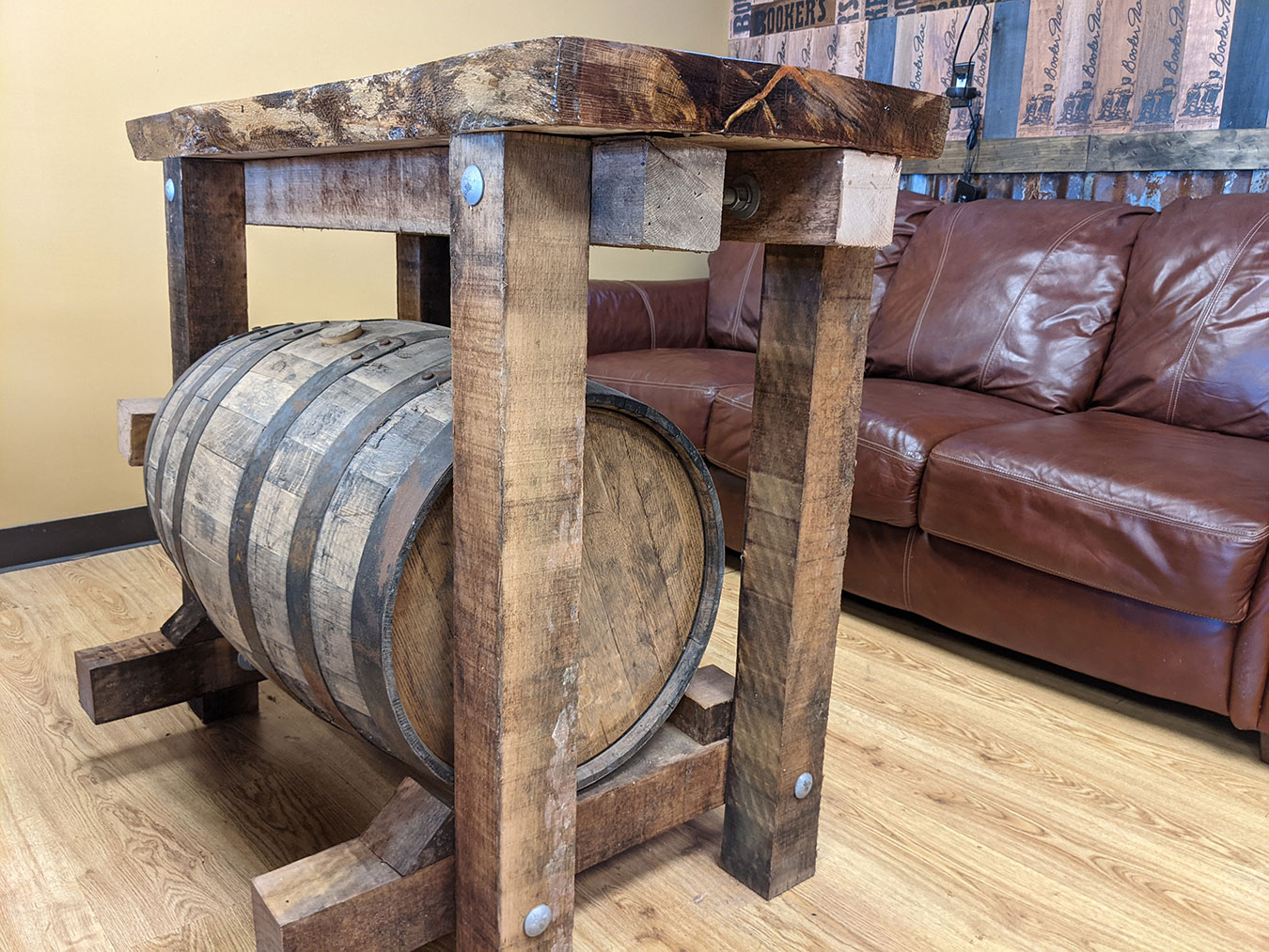 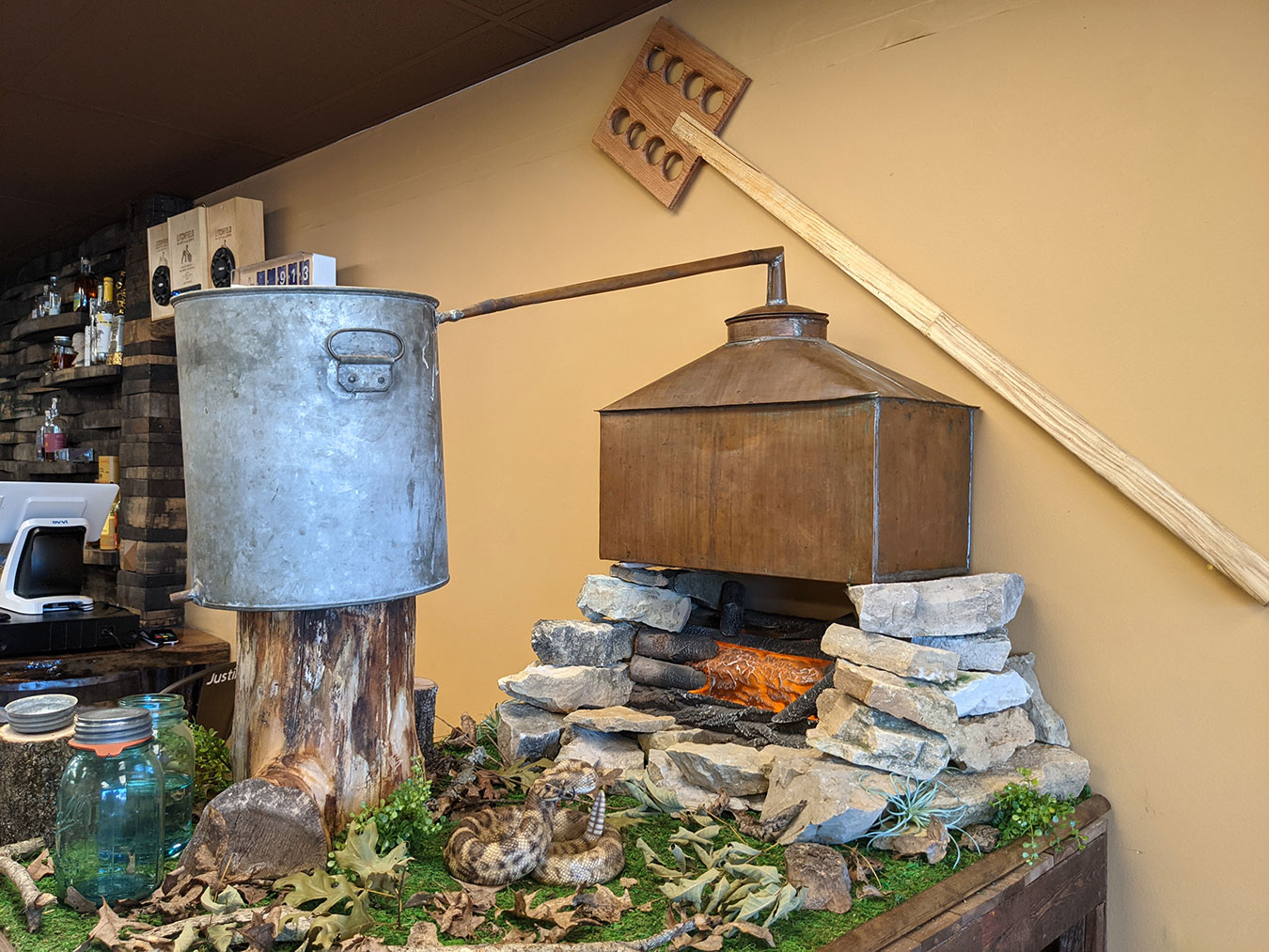 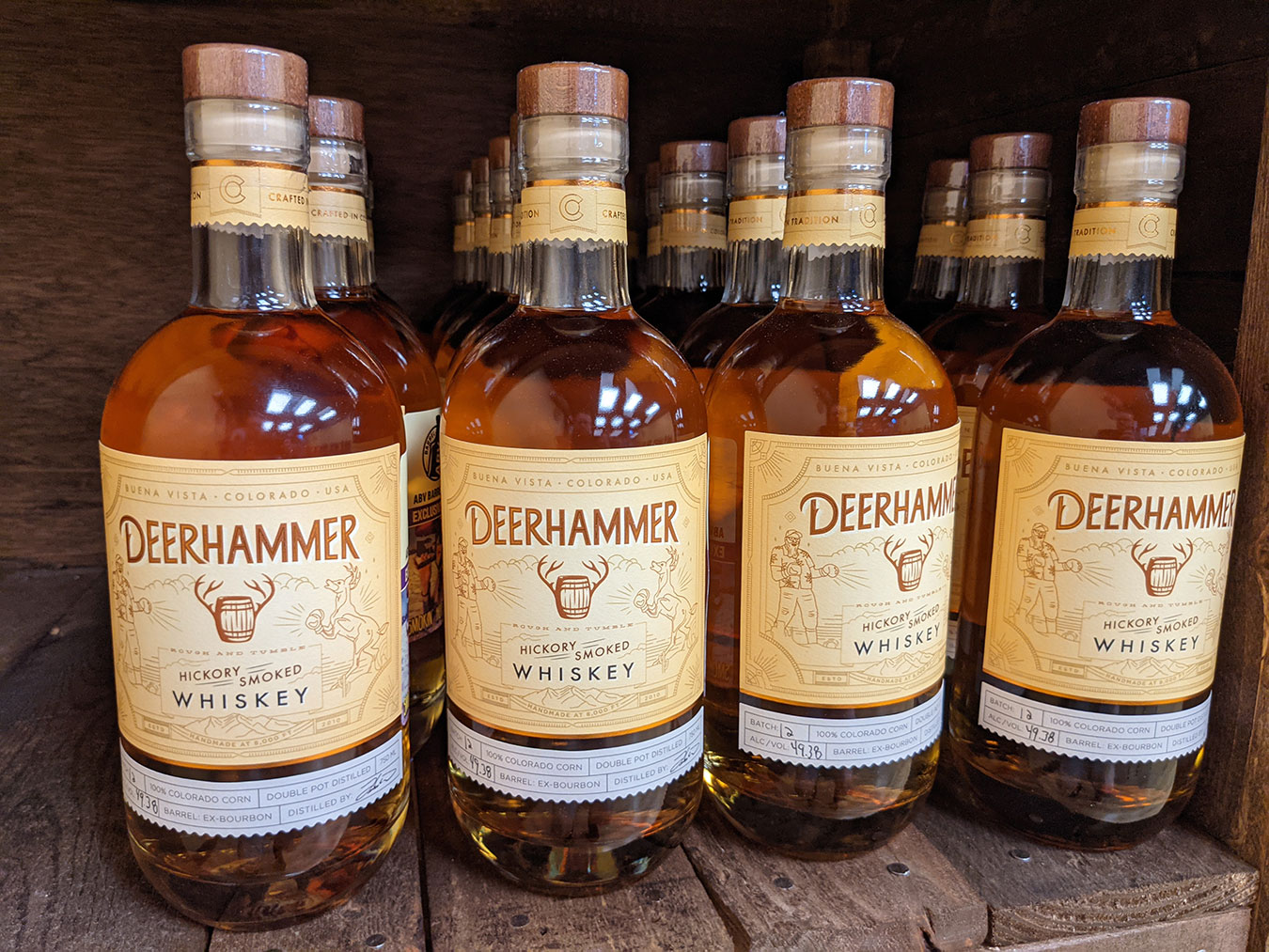 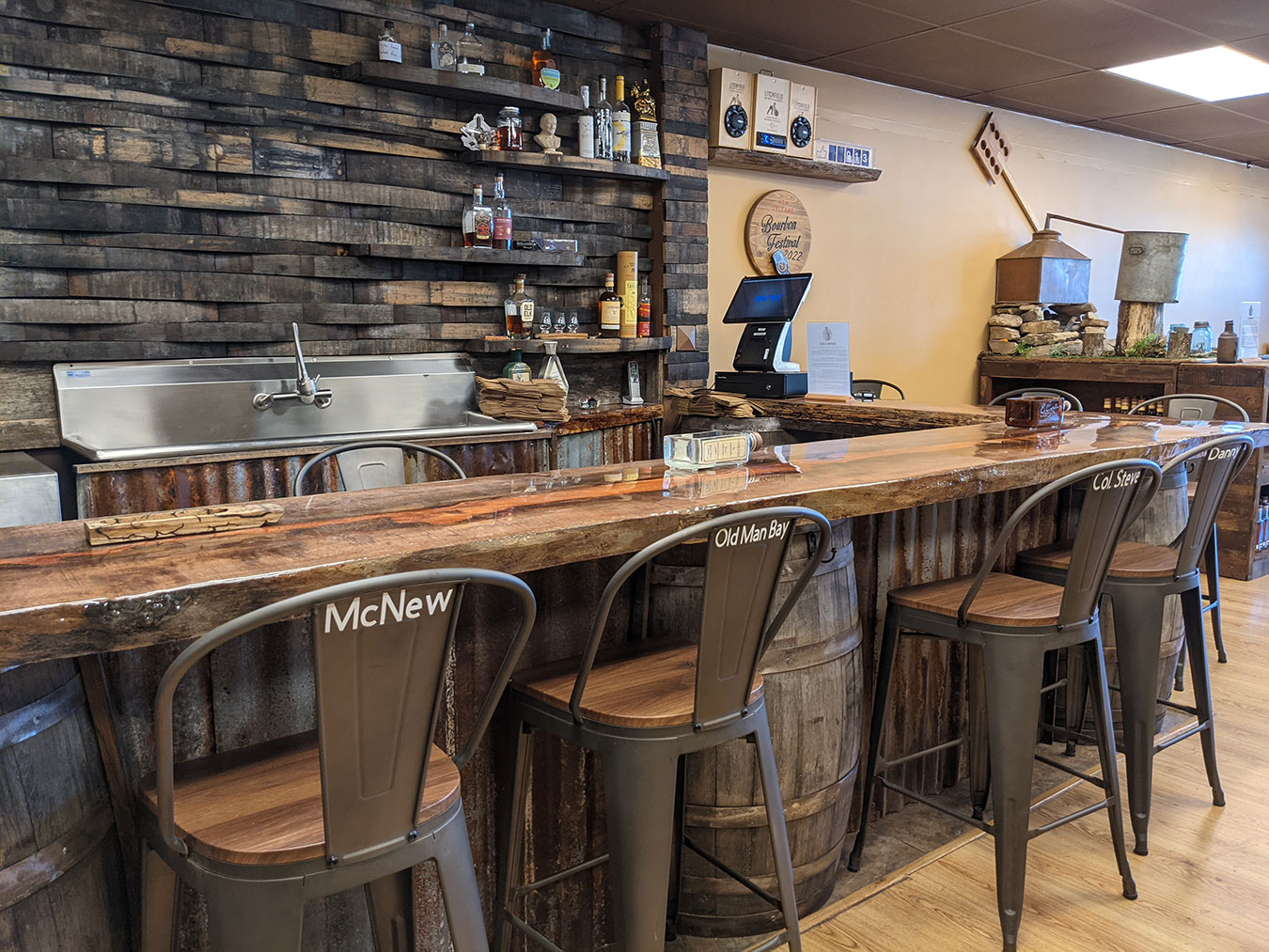 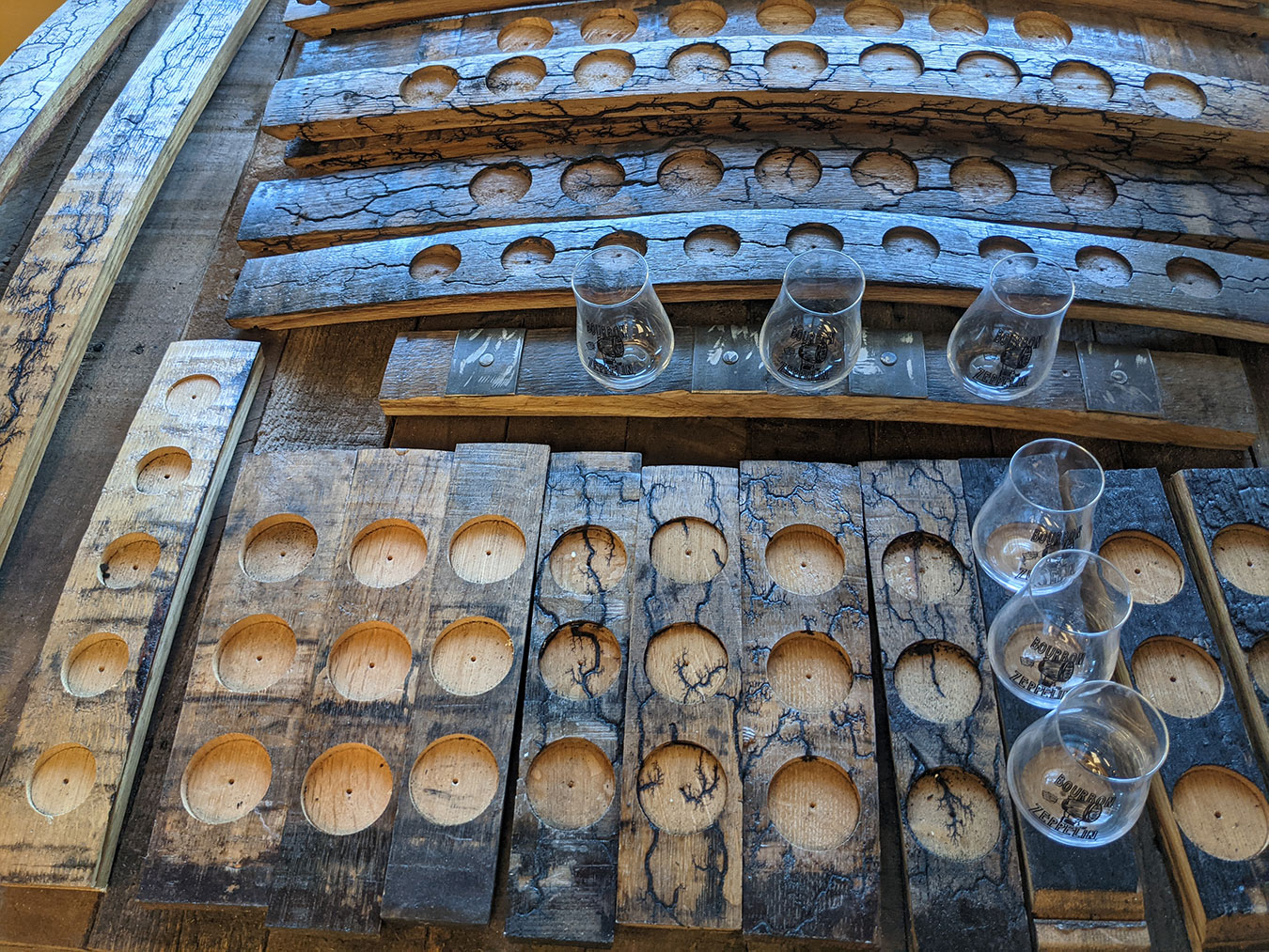 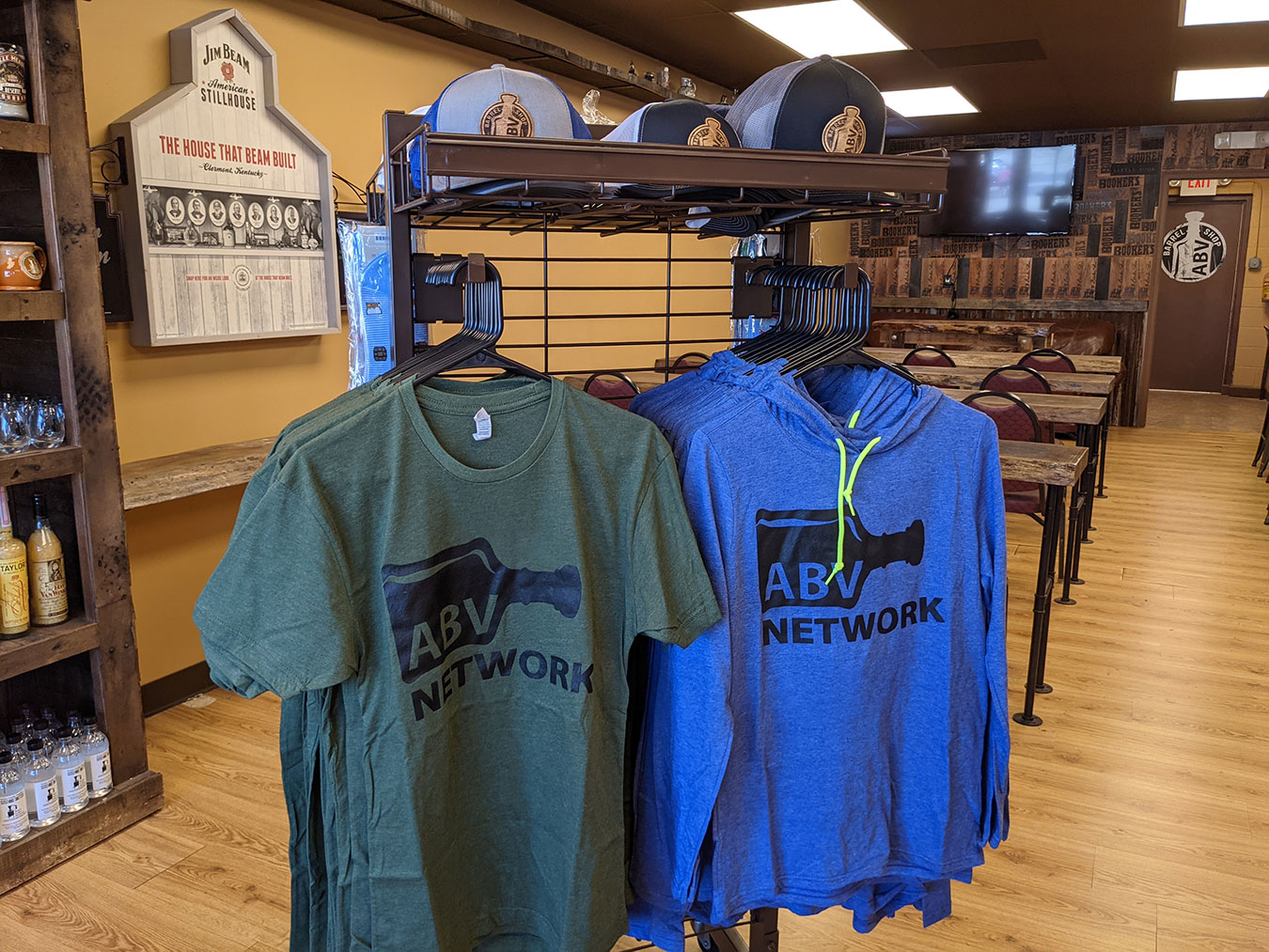 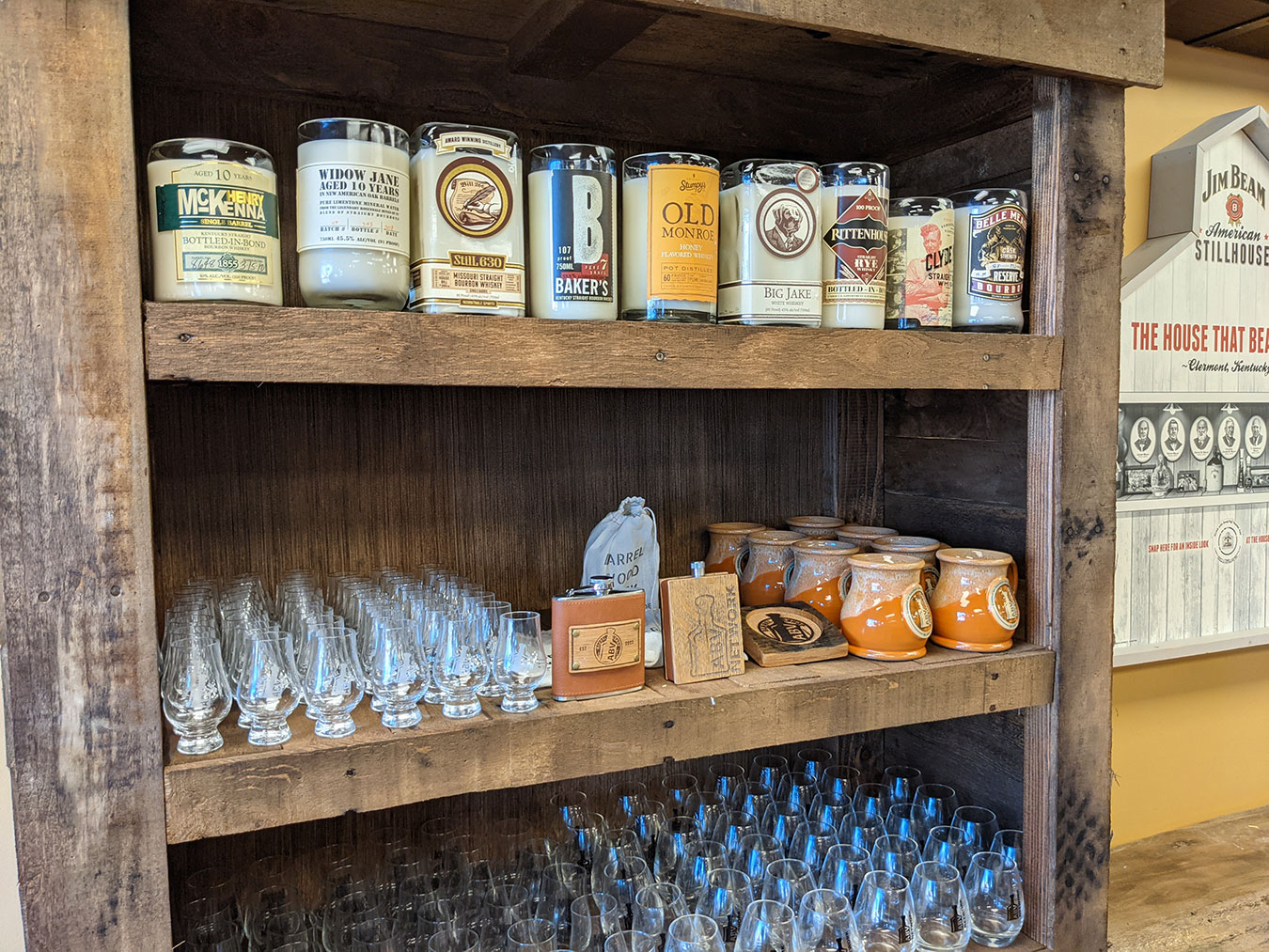 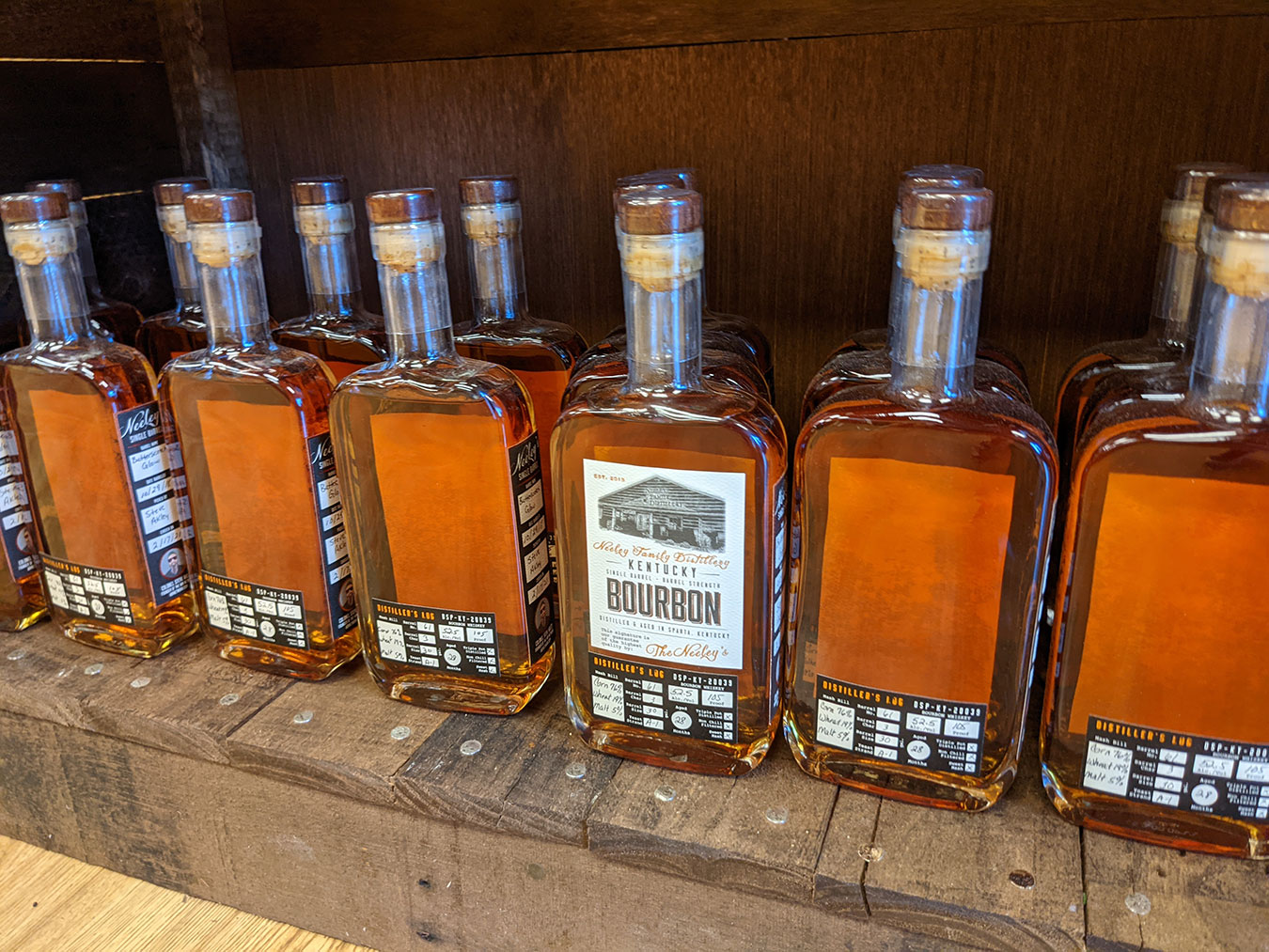 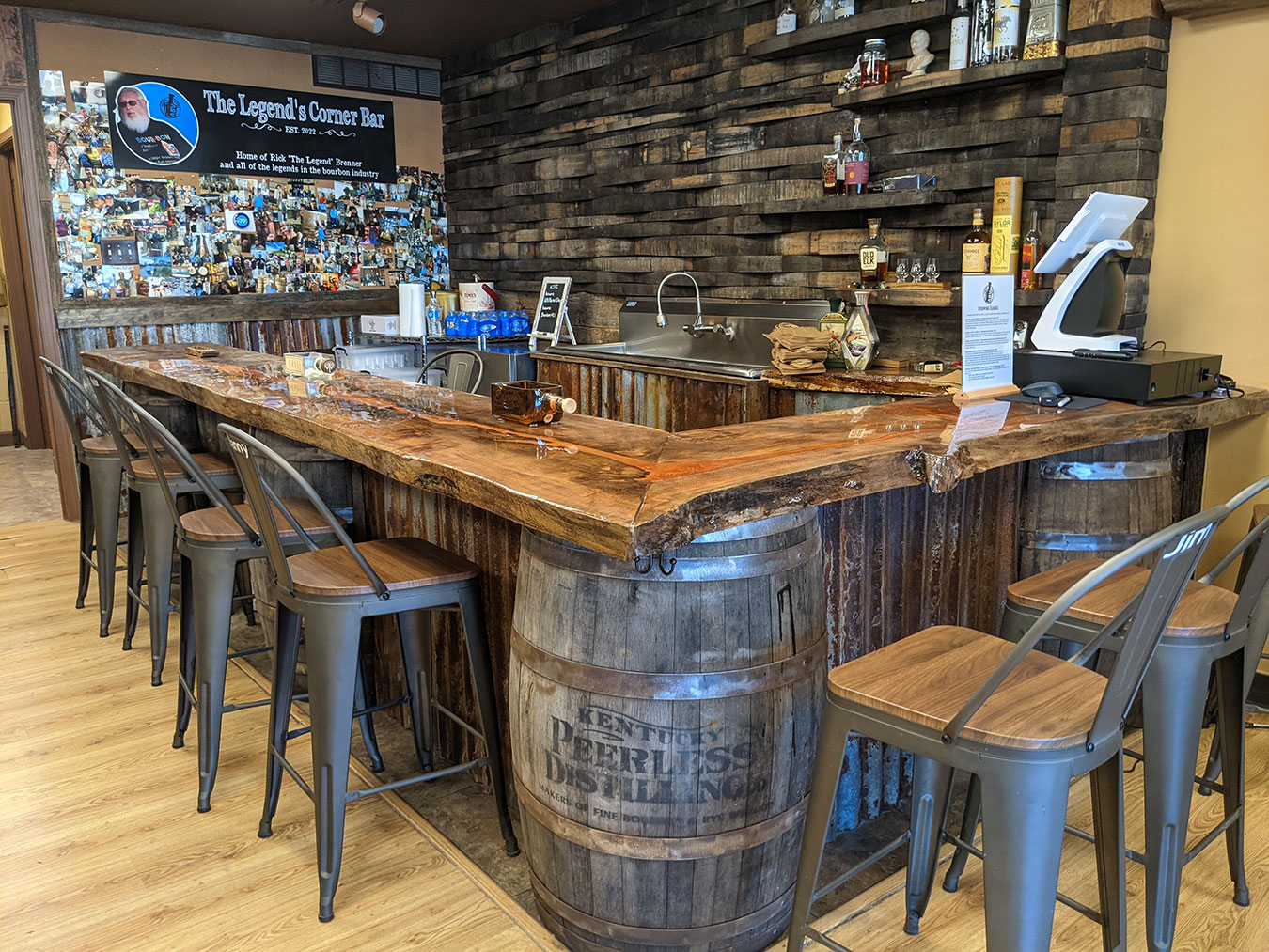 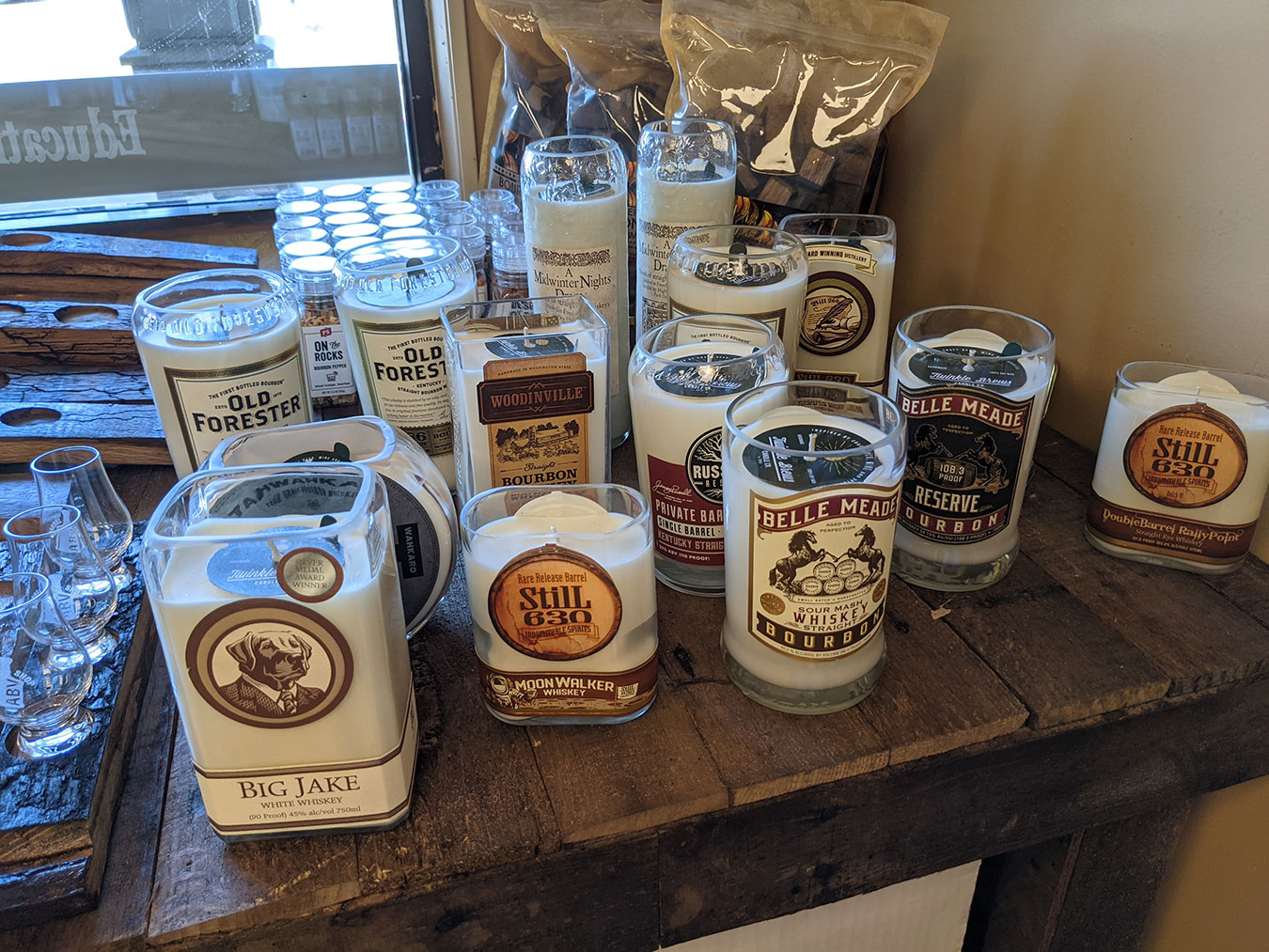