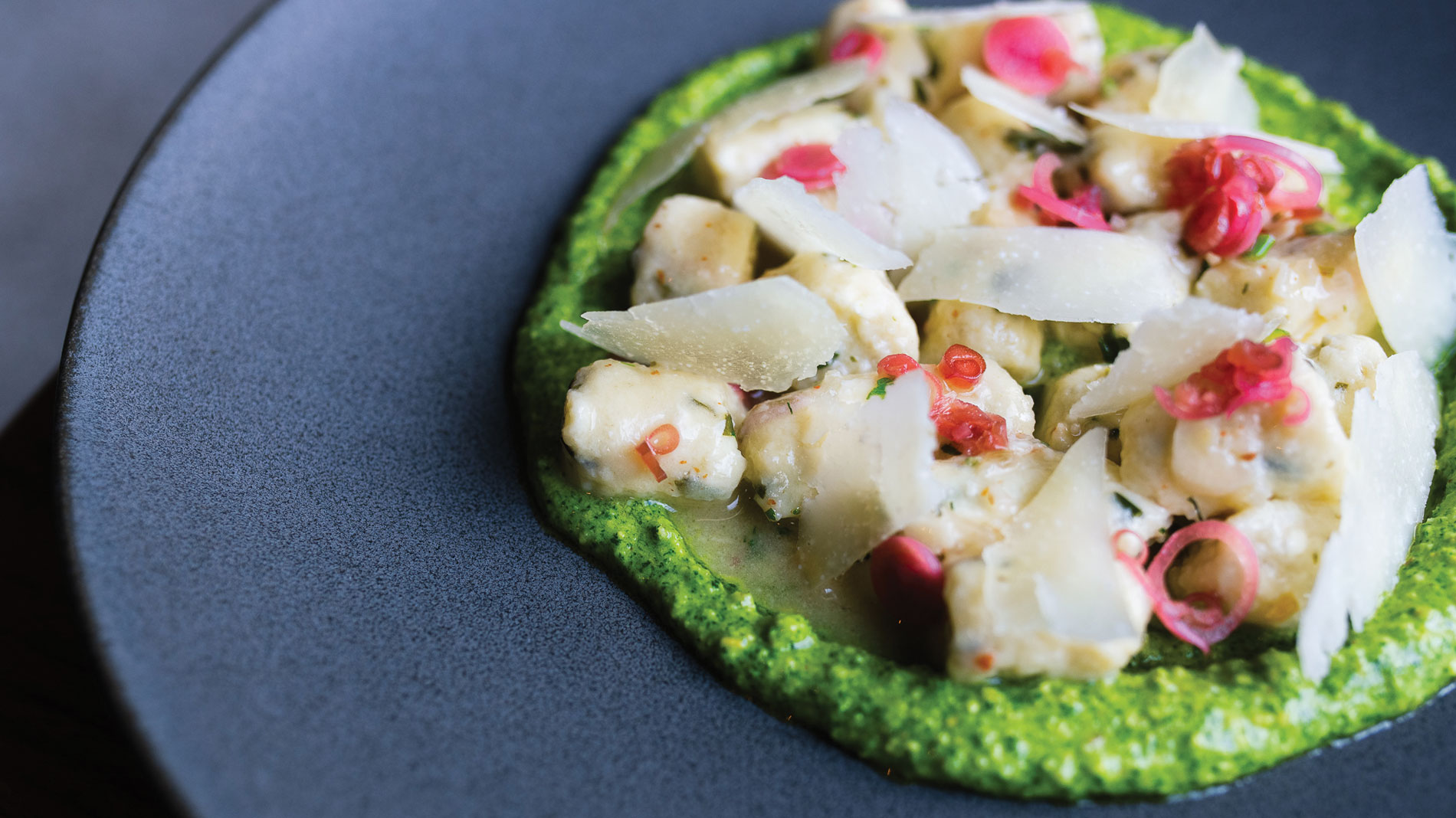 With a seasonality generally limited to April through June, those familiar with ramps know that the wild onions can be hard to come by. Known for their full-bodied flavor that falls somewhere between onion and garlic, ramps are a springtime favorite among the culinary-inclined. Here are some of the area restaurants featuring the elusive plant on their menus right now.

Blistered asparagus // Bowood by Niche
The team at Gerard Craft’s Bowood by Niche heads out to area parks and farms and forages for ramps themselves before bringing them back to the Bowood kitchen for use. Head chef Dakota Williams has incorporated the ramps into a variety of dishes on Bowood’s rotating dinner and brunch menu this season in the form of ramp-infused oils, pesto, kimchi and pasta. The most recent feature on its rotating prix-fixe dinner menu includes locally foraged ramp that is first dry-charred and then pickled before accompanying pistachio atop blistered asparagus.
Bowood by Niche, 4605 Olive St., St. Louis, 314.454.6868, bowoodbyniche.com