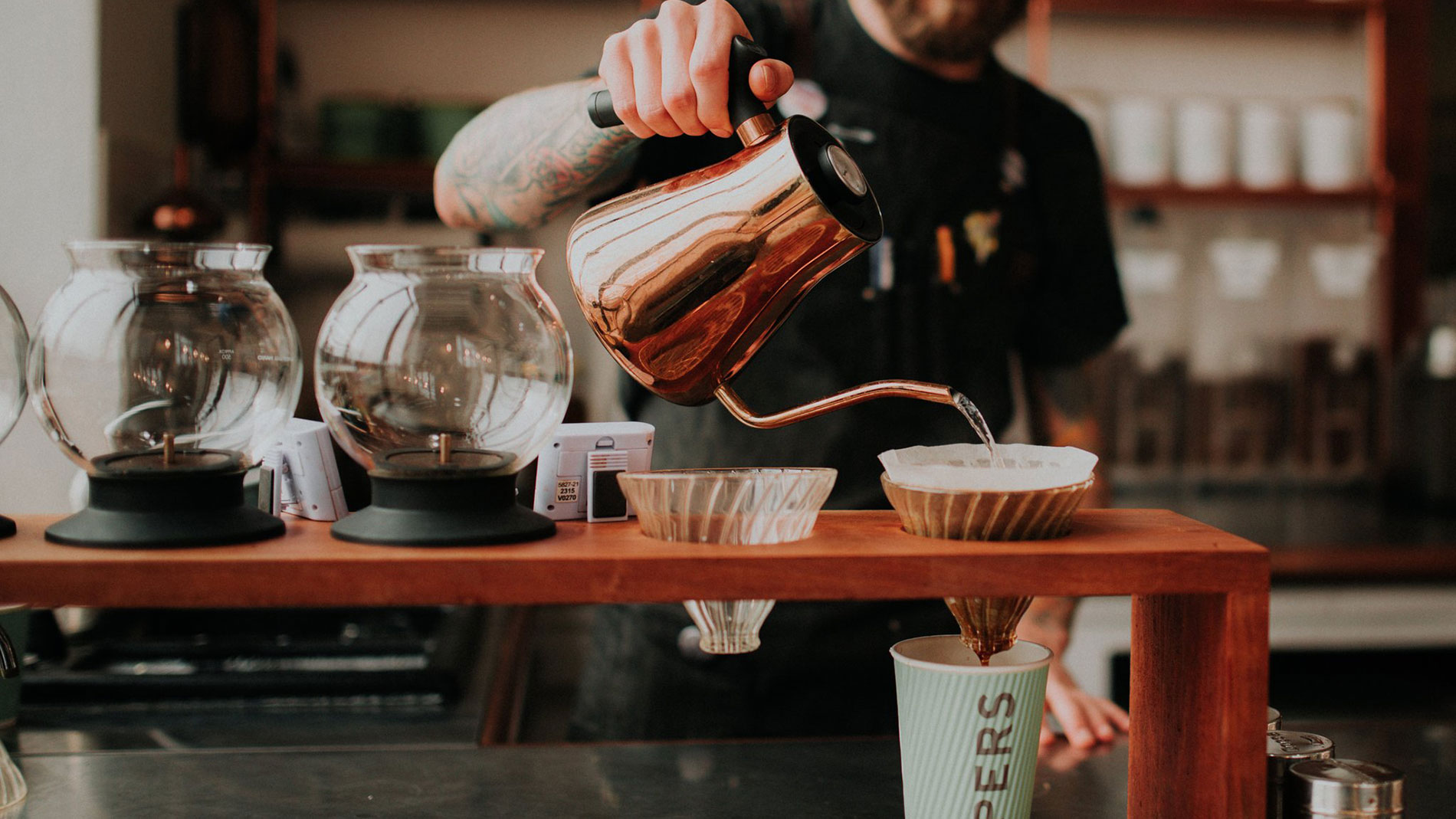 Pipers Tea & Coffee is set to open its first St. Louis location this summer at 3701 S. Kingshighway Blvd. in the Northampton neighborhood of South City in a historic area that took on the moniker the Crown District in 2020, as reported by Feast.

“We love being part of historic buildings and revitalization of neighborhoods,” said Amber Barnett, who co-owns Pipers with her husband, Peter Barnett. “This goes in hand with why we are excited to be a part of the Crown District.”

The couple lived in England until 2009 when they moved to the U.S. “We both have quite an affinity for tea,” Amber Barnett said. “When we came over to America, we were on the hunt for a really good cup of Earl Grey. I still drink that every morning.”

Their tea journey really took off in 2012 when they began to source their own tea ingredients and hand-blended an Earl Grey they still drink to this day. The tea was first distributed to family and friends and eventually was sold online and at pop-ups. The first Pipers brick-and-mortar was opened in 2015 in the historic Midtown area of Paducah, Kentucky, about two-and-a-half hours from St. Louis. A second location in downtown Paducah opened in late 2020 and hosts the roasting facility.

In addition to coffee and teas sourced from around the world and processed in Paducah, the St. Louis location will offer four to six rotating local beers on tap. “With St. Louis being so rich in the history of beer, we thought it would be a nice nod to the city and the community to add beer,” Barnett said. “Tea has such a rich, centuries-old history, and so does coffee and beer, so taking all of these three rich-in-history beverages together in one space will honor the traditions and put them in a modern setting.”

There will be coffee and tea beverages on tap, including nitro variations, along with matcha lemonades, limeade and tonics. Eventually, the store plans to offer kombucha on tap from a local brewer, though nothing is set in stone yet. There will also be a few food options, and the couple plans to reach out to bakeries around town to source breakfast items and other grab-and-go goodies. “We want to celebrate the community around us,” Barnett said.

The Barnetts were put into contact with brothers Ivan and Berto Garcia, who are the main people spearheading the revitalization of the Crown District and the owners of the Golden Hoosier, which will be a bar and restaurant next door to Pipers. “Meeting them was such a breath of fresh air, Barnett said. “We just wanted to be a part of their vision for the whole neighborhood.”

Pipers Coffee & Tea will feature tin ceilings and wainscoting on the walls, along with white, copper and leather tones, which will create a warm feeling and have nods to the historical space. Long benches, floor-to-ceiling windows, and a stage area for local musicians and other entertainers will also be a part of the new space, as well as an exposed cold brew system and a rounded bar in the center of the room. “It is going to be very light airy and comfortable with a modern vibe and aesthetic and keeping the laboratory feel,” Barnett said. “Our motto and mission are to always take tradition and put a modern spin on it.”