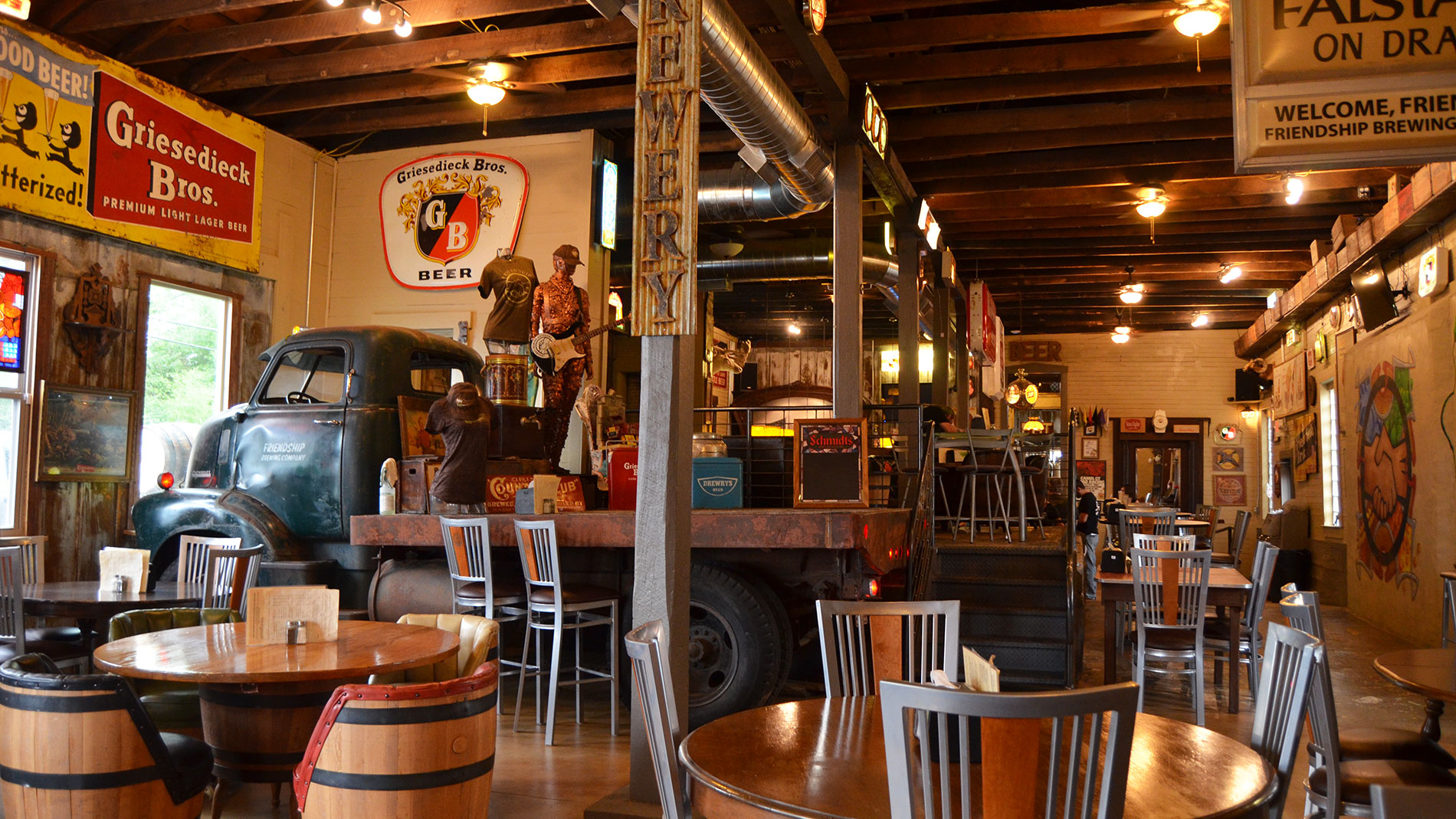 You can now grab a bite to pair with your beers at Friendship Brewing Co. The brewery at 100 E. Pitman Ave. in Wentzville debuted a new food vendor, The Caboose Kitchen, in early March.

The Caboose will operate as a permanent window for visitors to order food exclusive to Friendship Brewing Co. “The Caboose is a tiny little kitchen in the back of the brewery,” said Caboose owner and certified cicerone Cory Koch, who also operates the food window at Third Wheel Brewing. “We just dropped kind of a limited menu to get a feel for people and what they wanted.” Current menu items include sandwiches, wraps, flatbreads and a charcuterie board, which should be available within the next week.

This partnership stemmed from Friendship co-owner Brian Nolan allowing Koch and a group of his friends to study for the cicerone test at the brewery when it was closed on Mondays. “We feel excited about the Caboose and its operators because we like them as people … we certainly like their passion for what they do,” Nolan said. “What I think it does and will do is make a good experience even better.”

As Friendship wraps up its fourth year of operation with the addition of a new food vendor, it has begun making some upgrades and changes to the kitchen operation to provide additional tools and equipment. “Right now, we’re really focusing on the shareable side of things,” Koch said. “As we get more equipment, the menu items will expand.”

Koch, who also owns The Bistro at Dames Park in O’Fallon, Missouri, which opened in November, plans to incorporate Friendship’s beers into the food as much as possible in items like beer cheese, barbecue sauce and brine for chicken wings and jalepenos. All food at the Caboose is made from scratch and pairs well with Friendship’s beers. “If we can get beer in there, we try our best,” Koch said. “It’s simple made-from-scratch food that will pair beautifully with your beer.”