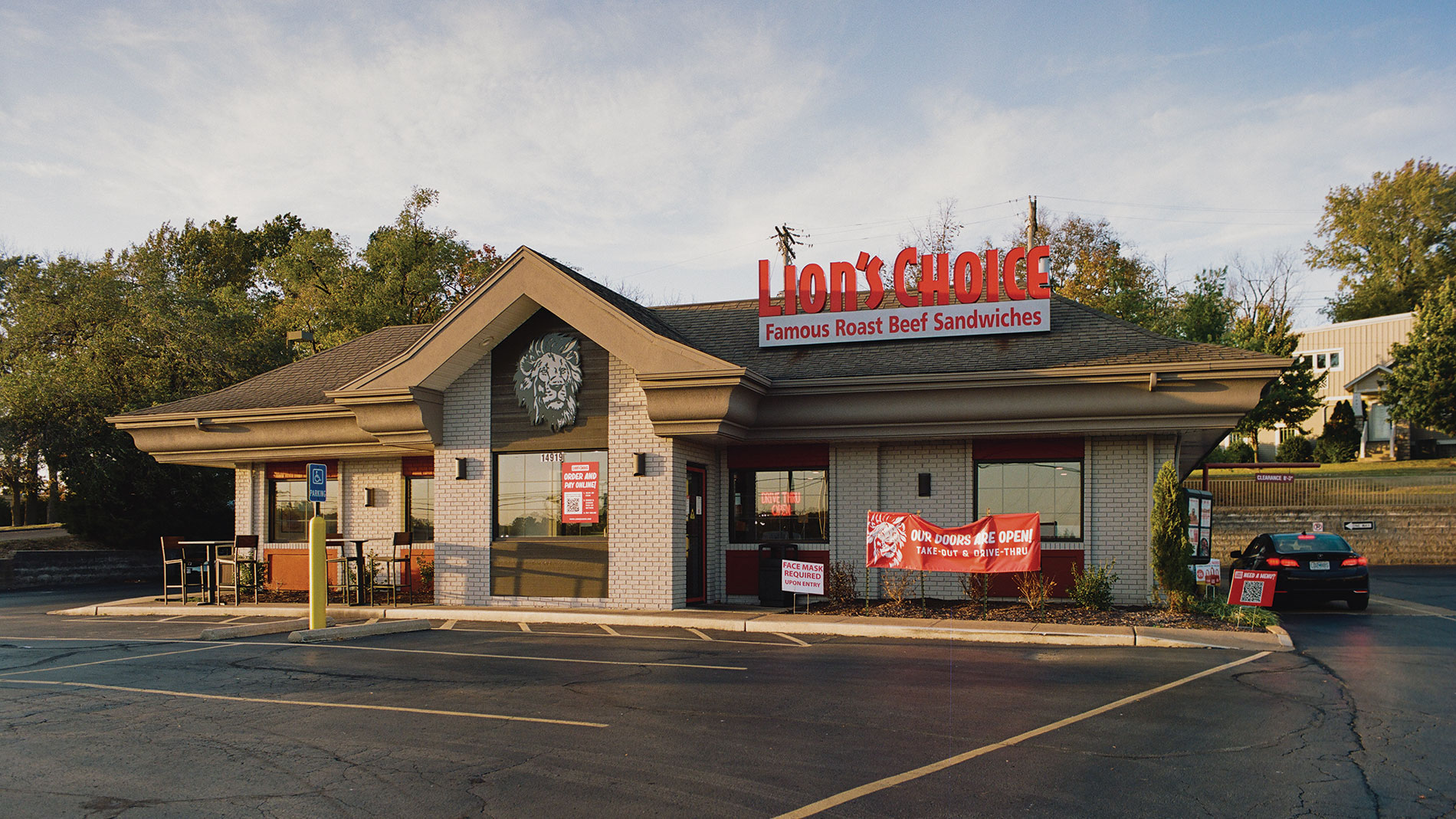 From sauce combinations to sandwich size, most Lion’s Choice fans have had their go-to orders locked in for a long time. It was something that surprised CEO Michael Kupstas when he joined the company just over three years ago. “I came and worked a shift and realized that nobody looked at the menu board when ordering,” he said. But that shouldn’t have caught him off guard - even Kupstas keeps his favorite meal on the tip of his tongue. It’s an original roast beef sandwich with Swiss, horseradish and a side of au jus. And fries. And some of his wife’s fries.

Tradition has been central to the Lion’s Choice brand since chemical engineer Marv Gibbs left his job at Monsanto to start the restaurant in 1967. Gibbs was looking for a more stable job and wagered that the emerging fast food industry would be a safe bet. For a menu, he decided to serve something he already knew people loved, because it was a family favorite: roast beef.

Over 50 years later, much of the menu remains the same: roast beef sandwiches, hand-cut fries, soda, soft-serve ice cream. When custard cones joined the menu in 1972, they cost 15 cents. Now, they’re 25 cents. “We’re definitely not keeping up with inflation on those cones,” Kupstas mused, laughing. It’s part of what gives the restaurant something of an old-school vibe.

Lion’s Choice’s menu is pretty simple, but many items are prepared fresh daily, which is unique for a fast food chain. Fries are cut and then cooked in a three-step process: They’re brined, blanched and, finally, deep-fried. Beef is roasted for three to three-and-a-half hours until medium-rare.

This home-cooked feel has attracted a number of local chefs to collaborate with the restaurant on special menu items like Qui Tran and Nudo House’s roast beef pho and James Beard Award winner Gerard Craft’s special loaded fries dish. Mike Johnson of Hi-Pointe Drive-In created the special Hi-ons Choice Burger, a burger stuffed with roast beef and topped with Provel cheese, fries and Lion’s Choice seasoning. “Lion’s Choice is our favorite fast food restaurant ever, probably,” Johnson said. “They’re kind of like an inspiration for us. I look up to them - they’re good guys, and their food’s awesome.”

It seems that everyone in town, from casual diners to the city’s most-lauded culinary masters, loves Lion’s Choice. And though the roast beef sandwich is the classic order for most, the Italian beef sandwich - roast beef with giardiniera peppers served on a French baguette - is generally agreed to be the most slept-on dish.

In addition to these collaborations, the past few years have seen some rebranding efforts and new initiatives, from new logos and merchandise collaborations with St. Louis’ Arch Apparel to large-scale restaurant redesigns and a new emphasis on items that comport with current eating trends.

Recently, Lion’s Choice opened five locations in Kansas City and doesn’t plan to stop there, according to Kupstas. He sees the chain as a potential major player in the fast food industry and wants people from Omaha to Indianapolis to have access to this hometown favorite. In the meantime, though, there are 33 Lion’s choice locations waiting with open arms.

DIY your perfect spritz at Salve Osteria on South Grand

The folks behind Salve Osteria​ are doing their part to make curated pre- and post-meal imbibing ...