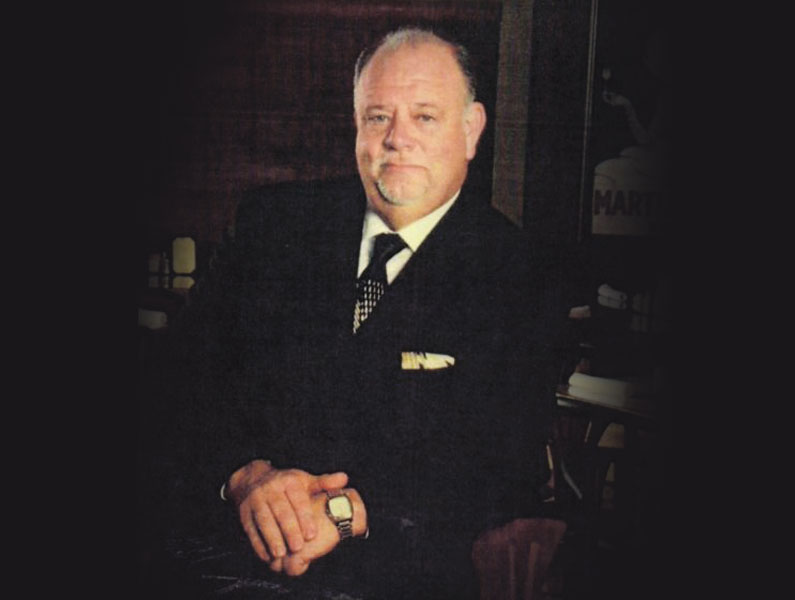 St. Louis has lost another iconic culinary leader. William “Bill” Gianino was spending time at his family farm in Cuba, Missouri, when he died after a heart attack on June 26. He and his wife Kathy Gianino raised two sons, William “Billy” and Anthony “Tony” Gianino, and the family runs the Gianino Family Restaurants group together with Joe Barczewski, who has been a friend of the family since he was a kid.

Gianino was a hard-working leader with a commanding personality. “He went to work every day,” Billy Gianino said. “When he was young, he would greet all his guests at the front door, and people really appreciated that.”

“He was the boss,” Tony Gianino added. “He never let people tell him how things were going to go; it was always his way.”

In 2006, Bill was named St. Louis Restaurateur of the Year. Barczewski still remembers Gianino using his speech to call attention to his wife Kathy.

“I still remember when he stood up and accepted the award and said, 'Behind every great man is an even stronger woman,' and that was really true, and it's especially true in the restaurant business, because there is just so much you have to sacrifice when you go into this business if you want to succeed,” Barczewski said.

The couple would have celebrated their 50th wedding anniversary this October, and much of the success of Gianino Family Restaurants can be attributed to the strength of their marriage.

“They both grew up on the Hill, right next to each other, not this much space between their houses,” according to Billy Gianino. “They knew each other their whole lives – it was a true love story.”

Gianino's career started when he was 16 getting dragged to work at his father Frankie Gianino's pizzeria, Valencia's on Delmar. Pizza was the Gianino specialty back then, with eventually as many as eight Gianino's Pizza Den locations owned by Frankie and his brothers Chip and Willie Gianino. The Gianino family business has become a St. Louis institution, and while the restaurants of the family vary, they share a reputation for delivering a welcoming, fun atmosphere fit for families, friends and dates alike, a quality that Bill took seriously.

“He was proud to be casual and family friendly,” Billy Gianino said. “He didn't just want you coming in for birthdays or graduation. He wanted you to come in every day.”

The value of accessibility isn't the only thing he shared with his mentees. “Experience can't be taught, and he had this whole lifetime of restaurant experience,” said Barczewski. “We had the opportunity to talk to him daily. It was like a day-to-day business conversation and, in this industry, there's new things to talk about every day.”

Tony Gianino put it clearly: “I don't think any of us would be where we are today without him,” a sentiment met with a resounding, “No way,” from both Billy Gianino and Barczewski.

Both Bill Gianino's Traditional Italian and Frankie G's will continue to be run by the Gianino Family Restaurants team without major changes. “He's got some managers that have been there over 30 years,” said Billy Gianino. “We're still a big team.”

Bill Gianino also helped developed the Krieg Gianino Foundation, which has raised over $1 million for the Footprints Program at SSM Cardinal Glennon, which aids children with chronic and life-threatening illnesses.

His obituary can be viewed here.