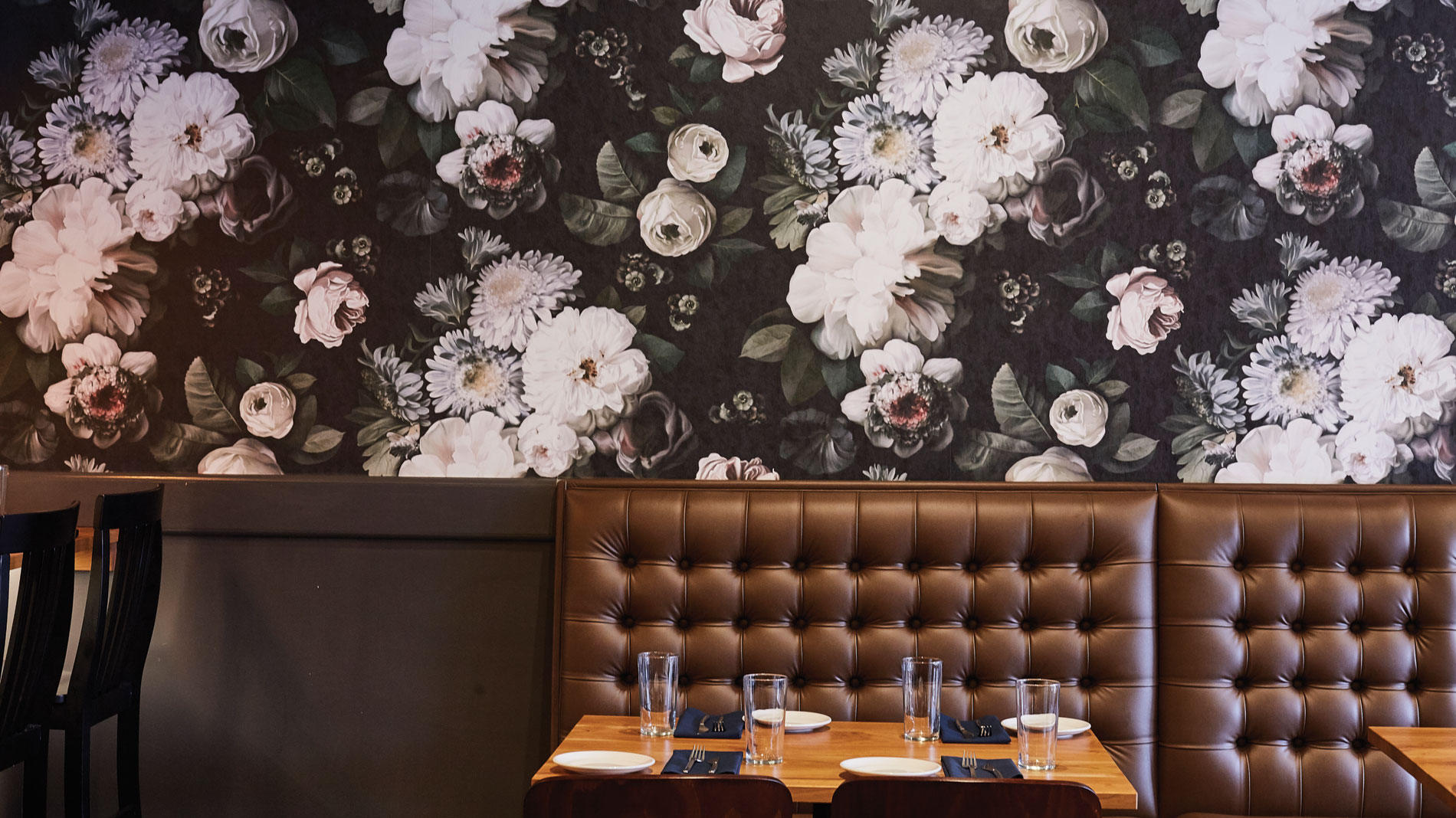 the statement wall at louie photo by izaiah johnson

Statement walls have gotten a little more interesting than the slightly darker color on every fourth wall in the aughts. From the lush floral custom wallpaper at Louie (dusty pink and white flowers sinking into a black background) to Yellowbelly’s stylized tropical mural by St. Louis native artist Noah MacMillan, restaurants are using bold patterns and massive paintings as signature design elements.

Aside from coffee, the first thing Lola Jean brings to mind is its cheery yellow wall of lemons. The Clover and the Bee’s floral mural sets a sunny mood, while the black cat mural outside Firecracker Pizza & Beer screams its bold, playful brand.

In the past few years, restaurant design has trended toward rooms drenched in natural light, filled with vibrant colors and whites and bursting with live plants, but some restaurateurs are taking a darker, moodier approach.

Black is the new black at spaces like The Benevolent King in Maplewood, Billie-Jean in Clayton and Savage in Fox Park, where small spaces are made even more intimate with onyx-colored walls, dim lighting, limited seating and open kitchens.

The granddaddy of all canned meat products, Spam was created in the late 1930s and gained popularity during World War II due to its portability and almost supernatural shelf life. Some dismiss Spam as “mystery meat,” but it’s integral to a variety of beloved bites and has made numerous appearances on local menus.

Earthbound Beer and Buzz’s Hawaiian Grill both offer takes on musubi, a chunk of Spam on a block of white rice wrapped with strips of nori (seaweed) that originated in Japan, while Grace Meat & Three has served a variant with house-made Spam.

Buzz’s also offers a Spam-fried rice, which shows up as a side at Yellowbelly and has been served as a special at Hiro Asian Kitchen too. Guerrilla Street Food has used its house-made Spam in dishes from Spam fries to Spamsilog – Spam, rice and an egg – with more to come soon.

Derelict service stations from a bygone era are seeing new life as cozy neighborhood restaurants and cafes. Restaurateur Ben Poremba was ahead of the curve in 2012 when he opened Olio in Botanical Heights; since then, a wave of new eateries have followed suit.

Living Room and Blueprint Coffee both opened second locations in former South City auto repair shops, and executive chef Chris Bertke is putting the finishing touches on Utah Station, a vegan comfort food eatery inside an old Benton Park gas station. The ever-busy Dave Bailey is also getting in on the trend, with plans to open second, smaller Baileys’ Range in the Shaw neighborhood.

Chermoula (a spicy, herbaceous North African sauce that goes with almost anything) is the latest “it” condiment on plates around the country, including St. Louis. With its focus on Mediterranean and Middle Eastern flavors, Olio has dabbled with the sauce for some time (currently it graces a marinated beet salad), and sister restaurant The Benevolent King embraces the sauce’s Moroccan roots with dishes like the grilled scallops plate and the breaded shrimp mogador. Chermoula serves as a piquant counterpoint to the mammoth pork chop at Louie, while 50/Fifty Kitchen uses it to pump up the volume on a cauliflower steak.

The can craze has expanded from craft beer and wine to legit cocktails. From Cutwater Spirits’ Bloody Mary and Lime Margarita available at Randall’s Wines & Spirits to The Copper Can Moscow Mule and Novo Fogo’s Sparkling Caipirinha at Lukas Wine & Spirits, canned cocktails are a little more sophisticated than the old “malt beverages” that came before. Pick up cans of Pampelonne’s French 75 or Blood Orange Spritz at Parker’s Table, or if you prefer to #siplocal, try Pinckney Bend Distillery’s Perfect Gin & Tonic, which utilizes house-made tonic syrup. Go ahead, hop on the can-wagon. 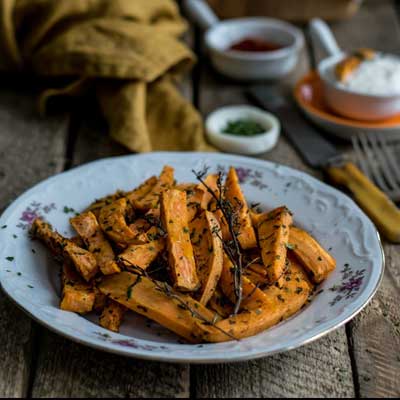