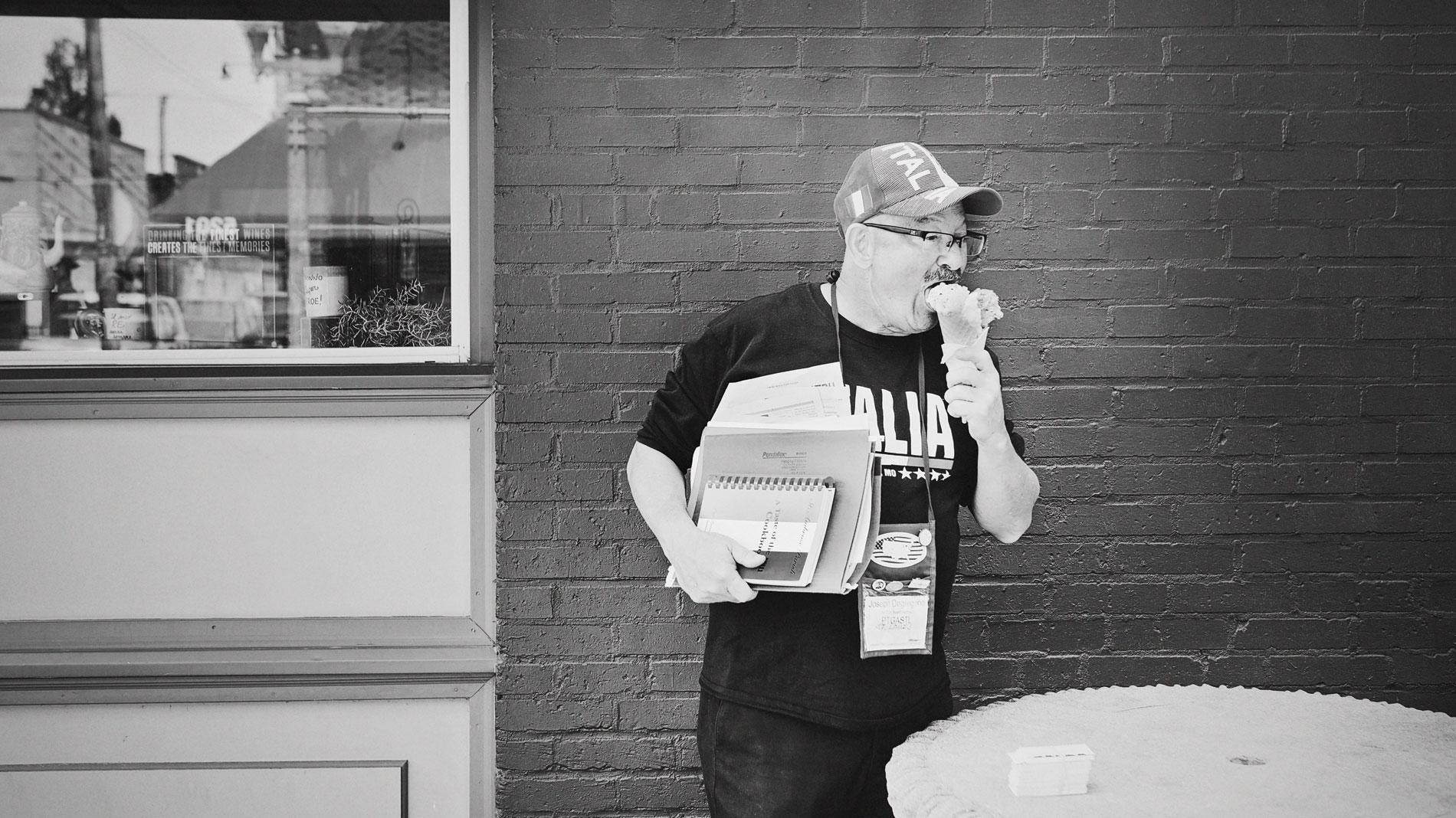 Joe DeGregorio is a one-man tourism bureau for The Hill in St. Louis

If you spend any time on The Hill, you’re likely to run into Joe DeGregorio on the street – a stack of business cards in his hand, newspaper clippings and brochures tucked under his arm, and a carryout box in his other hand. He’s a walking, talking atlas, encyclopedia and advertisement of The Hill, able to rattle off the menu and address of every deli and restaurant.

Today he’s lunching at Milo’s. Looking around, he can pick out half the people in the room. Some he went to school with, others are cousins. “My childhood here, for a typical American, was not typical,” he says. “We watched the ‘Howdy Doody Show,’ played cowboys and Indians and battle – did all the things American kids did in the 1950s and ’60s.”

What made his childhood less typical for a city kid was The Dump – the dumping grounds for the 1904 World’s Fair and hospitals in the area, conveniently located within 50 yards of his home. It was his friends’ playground where they’d chase rabbits, catch pigeons, make bows and arrows – never thinking it was out of the norm.

He was the oldest of seven children. “What was important to us was the sense of family, the Catholic faith and, my golly, the food. The food – looking back, it was the highlight of my youth.”

His father worked two jobs, one as the mailman on The Hill and the second as a waiter. He had a 30-minute break for dinner at 4:45 p.m., and the children were expected to be there for it. “We’d see him off to the restaurant at 5:15. It was a standing rule to do that. Mom would make all the traditional Italian food with a Sicilian slant to it but not pizza. Pizza wasn’t that paramount in the United States yet.”

Read More // Rich LoRusso recalls a childhood on The Hill

After school, DeGregorio left The Hill and worked around the world as a federal agent. He retired in 2005 and decided to return to his roots. “Here I am, retired and having my Dustin Hoffman ‘[The] Graduate’ movie moment. Which, for us baby boomers, means it’s summertime, I just retired and what the hell am I going to do with the rest of my life?”

He decided to help his father with The Hill tours that he’d led for about 25 years. He’s since added culinary elements like ravioli-making demonstrations, as well as bocce lessons, concerts at the church and visits to an artisanal salami factory. He talks extensively about the very important distinction between the Lombards and the Sicilians.

Lunch is over, and he packs up his salad in a to-go box. He tucks his brochures under his arm, grabs his business cards, offers a farewell gesture to the room, and heads across the street to Gelato Di Riso.

Carmen Troesser is a longtime contributing photographer and writer to Sauce Magazine.