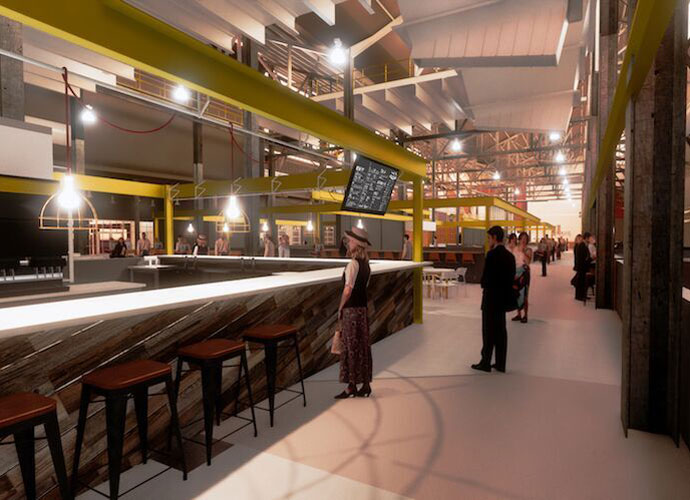 Brad Beracha, director of culinary services for The Lawrence Group, which is developing the project, said all occupants will be from the St. Louis area and include a mix of established vets and up-and-comers. “It’ll be all top operators and chefs, all St. Louis based, in the food hall,” he said. 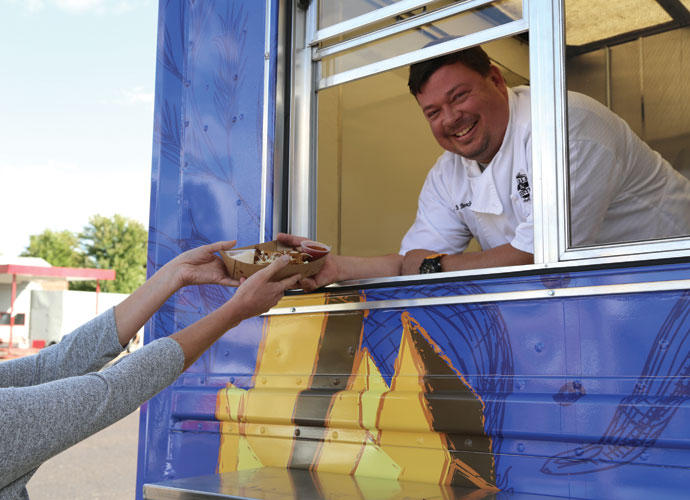 • Matt Borchardt: The chef-owner of Edibles & Essentials will focus on street tacos at Essentially Tacos.

• Natalie DuBose: The owner of Natalie’s Cakes & More will bring her penchant for sweet treats to the hall.

• Tamara Keefe and Frank Ubile: The duo will open another location of their popular Clementine’s Creamery.

• Brendan Marsden: The owner of Whitebox Eatery plans to introduce a sister restaurant centered on salads.

• Jason and Maria Sparks: The husband and wife who own Layla in The Grove will open Sumax, focused on house-made hummus and wraps. 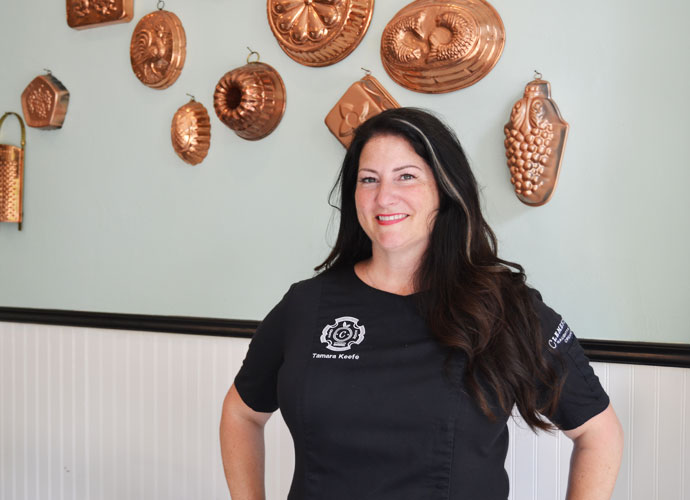 The food hall is part of the $185 million first phase of the $230 million project and will eventually be home to 20 individual concepts. Beracha said that the current plan is for the food hall to open in the summer 2019 with 15 of those slots filled.

The Foundry also announced that Austin-based Alamo Drafthouse Cinema plans to open a 10-screen theater and restaurant in the complex. A location of Punch Bowl Social, the Denver-based concept that combines arcade games and food and drink, will call City Foundry home, as well.

In addition to the food hall, the City Foundry complex will also include four brick-and-mortar restaurants that will be home to regional concepts. Fassler Hall from Oklahoma has committed to the project, and Beracha said letters of intent have been signed for the remaining three spots.