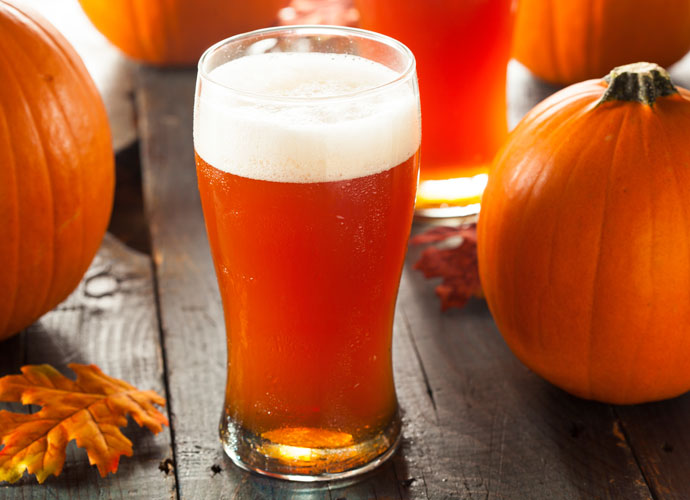 Love it or hate it – pumpkin beer season is back

Leaves are turning and a slight chill has actually embraced the Midwest. Though we’re in for some fluctuating temperatures this weekend, the beer scene in St. Louis has been overwhelmingly autumnal this month – pumpkin beers are everywhere. However polarizing this style may be, there is no denying the creativity and diversity across this spiced beer spectrum.

1. Schlafly Pumpkin Ale
This 8-percent beauty –arguably the most sought-after local pumpkin beer in the city – just brought home a silver medal at the Great American Beer Festival last weekend. It’s truly a pumpkin pie in a glass with a rich sweetness that embraces spicy undertones of flavor dominated by clove, nutmeg and cinnamon.
Schlafly Tap Room and Schlafly Bottleworks

3. Nebraska Brewing Wick for Brains
This seasonal amber ale is reminiscent of walking through a pumpkin patch in the middle of a fall afternoon. Soft fruit, melon and spice dominate the nose, while ripe, fresh pumpkin, grain and nuances of clove and nutmeg embrace the palate. On the subtler side for sweetness, this easy 6-percent drinker finishes a bit drier than most.
Randall’s Wine & Spirits

Katie Herrera is a longtime contributor to Sauce Magazine.