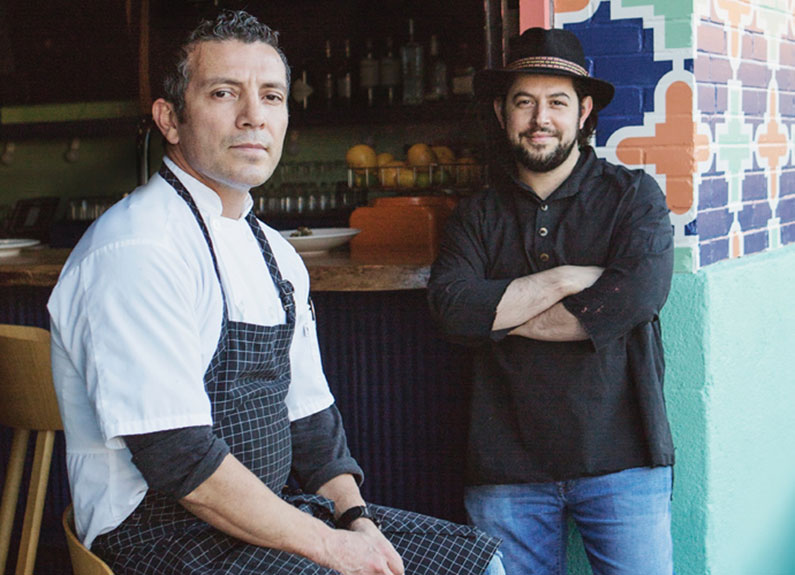 Across the country today, Feb. 16, people stayed home from work and school or did not shop or eat out in support of A Day Without Immigrants, a protest against current U.S. immigration policy. Participants meant to illustrate the importance of immigrants in American society.

Chefs around the country donated a portion of their revenues to support immigration organizations or closed their eateries entirely, like José Andrés in Washington D.C. and Rick Bayless in Chicago. Locally, a handful of area restaurants did the same.

Chef and restaurateur Ben Poremba decided to close Nixta, his new Mexican eatery, as reported by the Riverfront Times. Poremba said many of his staff had expressed a desire to take the day off to participate.

“I’m not trying to be a pioneer,” he said. “I just respected that some of the guys wanted a day to be heard without worrying about losing their job or having some consequences. I didn’t want to be on the fence.”


Local Chef Kitchen chef-owner Rob Uyemura also shut the doors at his Ballwin Restaurant for the day. “In 25 years in the restaurant business, I’ve worked with a lot of immigrants,” said Uyemura, whose family immigrated to the U.S. “They get labeled as criminals and illegals, and that’s wrong.”

Other restaurants remain open, but are donating a portion of their proceeds to nonprofits. Demun Oyster Bar general manager Tom Halaska said his bar, as well as sister restaurants Sasha’s Wine Bars and Scarlett’s Wine Bar, will donate 50 percent of the day’s proceeds to the International Institute St. Louis.

Halaska said it was important to recognize the many immigrants who participate in the restaurant industry and in society. With immigration policy currently in the national spotlight, he said this was a good opportunity to celebrate immigrants.

“This is a way for us as a restaurant group to show respect and compassion for what’s going on in the country,” Halaska said.