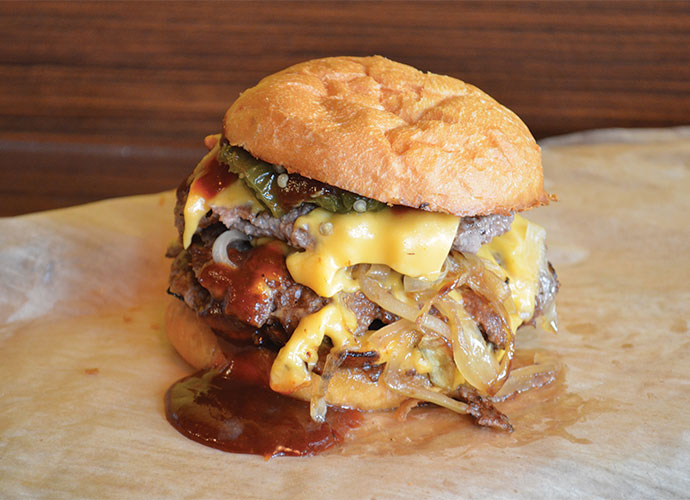 1. Smash and Grab
St. Louisans don’t have to wait until Shake Shack opens later this year to get their griddle burger fix of thin patties smashed on a flattop. Get a taste at Reeds American Table, where two patties are smothered with Swiss cheese and tallow aioli, or head to Olive & Oak in Webster Groves, where the kitchen keeps it classic with American cheese and dill pickles. The smashed Farmhouse Burger has been a fixture at Retreat Gastropub since it opened in October 2015, and The Dam in Tower Grove South does smashed patties – though the burgers are stacked so high with fixins, it’s hard to tell. Find griddled burgers at Brasserie, Local Chef Kitchen and Baileys’ Range, too.

2. Drinking like a Vegan
Aquafaba, aka the cloudy liquid in a can of chickpeas that usually goes down the drain, has seen new life as a vegan egg replacer in baked goods. Now it’s found its way behind the bar and into Pisco Sours at Los Angeles establishments like Birch and Gracias Madre. Small Batch pulled a similar move in its Cicer Sour with aquafaba, smoked almond Pisco and dry curacao. Bengelina Hospitality bar manager Drew Lucido shakes it with Old Tom Gin, Becherovka and lemon juice in The Walden at Olio, while the team across the street at Nixta uses a cream whipper to add a foamy, egg-free head to the No. 3.

3. Kung Pao That
The Chinese staple is popping up outside the takeout box these days at restaurants like Mission Chinese in San Francisco, which has a kung pao pastrami we hope someone in town will replicate. Chefs at Cleveland-Heath were inspired by a celery dish at Mission’s NYC location to create a shaved raw beef and celery kung pao special for St. Louisans to enjoy last summer. The Preston swaps in calamari for a sophisticated take on the dish, and the pop-up and future restaurant Good Fortune is crazy about kung pao. It incorporated the flavors into a bratwurst made for a collaboration with Brasserie, and made a kung pao pizza for an event with Delicious Pizza in Los Angeles. 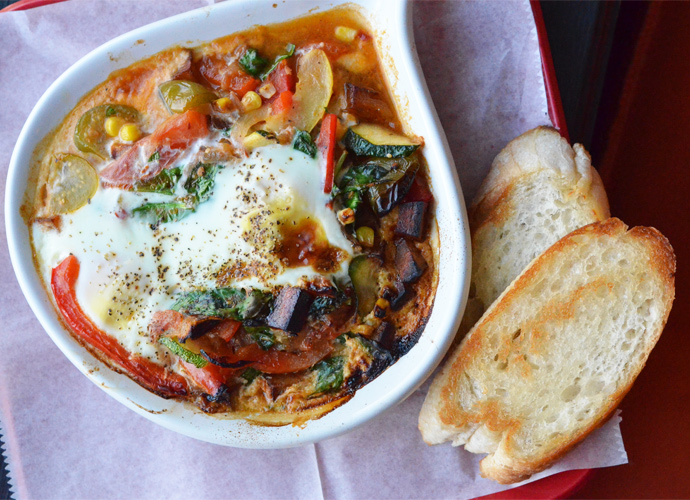 chakchouka from the breakfast-centric egg on gravois avenue

4. Rise and Shine
The Egg McMuffin will always hold a special greasy place in our hearts, but area restaurants are taking breakfast more seriously these days. Whole concepts, like Egg on Gravois Avenue and Yolklore in Crestwood, are devoted to breakfast beyond the standard flapjacks, eggs and bacon. Quick counter-service options at newly opened eateries like Sardella and The Garden on Grand mean we’re setting our weekday alarms a few minutes earlier. Even pop-up eateries are getting in on the action: Revel Kitchen chef-owner Simon Lusky and chef Adam Altnether recently hosted the breakfast-themed Waffle Nut Pop-up, serving sweet and savory waffle combos and cereal milk coffee beverages.

5. Lightning in a Mug
Loaded with antioxidants, vitamins and a large dose of caffeine, yerba mate is a light, herbaceous tea that’s creeping its way into local spots like SweetArt, where it’s served hot, and Comet Coffee, where it’s found in two forms: as hot tea and as a mocha-nut mate made with toasted mate leaves, chocolate, hazelnut and marigold flowers for a sweet treat. Pick up some of the loose-leaf tea to brew at home from international grocers like Global Foods Market or United Provisions.

6. Meat Lollipops
Some St. Louis chefs are frenching chicken drumettes, trimming classic wings into little meat lollipops. The trend has a confusing extra-work-for-less-meat quality, but we’ve bought jeans with holes in the knees, so we’re not here to judge. Try the lollies at Mona’s, where they’re smoked and served with a creamy giardiniera sauce and salsa verde, or at Copper Pig with a Vietnamese fish sauce caramel or a sweet chile basil sauce. Scapegoat offers a more traditional Buffalo version.

7. Taste the Magic
Magic Shell is making appearances outside grandma’s sundae bar these days. We noticed it with caramelized honey and honeycomb candy on soft serve at The Honey Paw in Portland, Maine, and over caramel corn and vanilla malted milk balls at Girl & the Goat in Chicago. But Peacemaker Lobster & Crab Co. has offered the topping on soft serve since it opened in 2014, and our favorite matcha-chocolate cookie gelato pop from Porano this summer was dipped in Magic Shell. Taste’s new brownie dessert with candy cap ice cream and toffee sauce lives in a Magic Shell house, too. 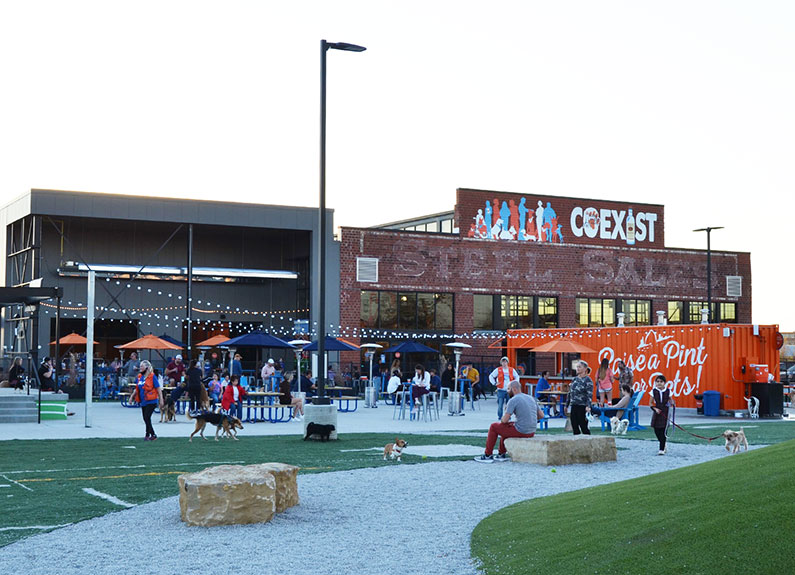 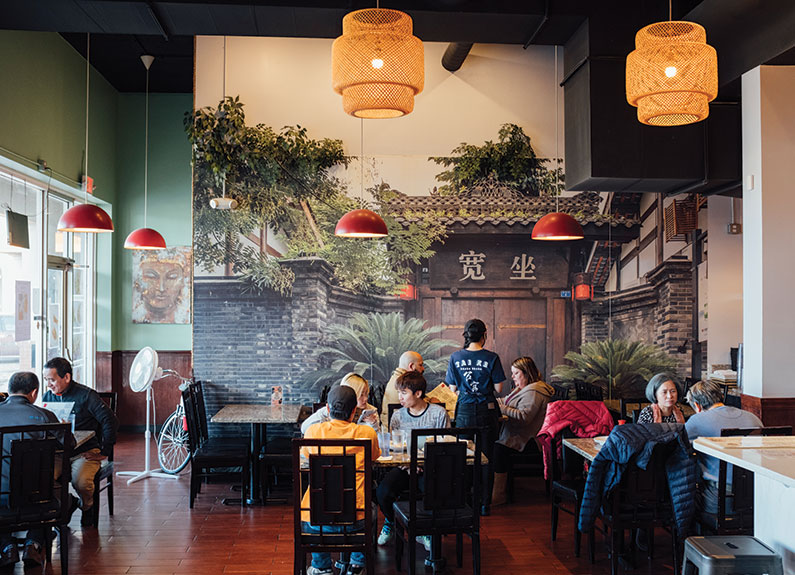 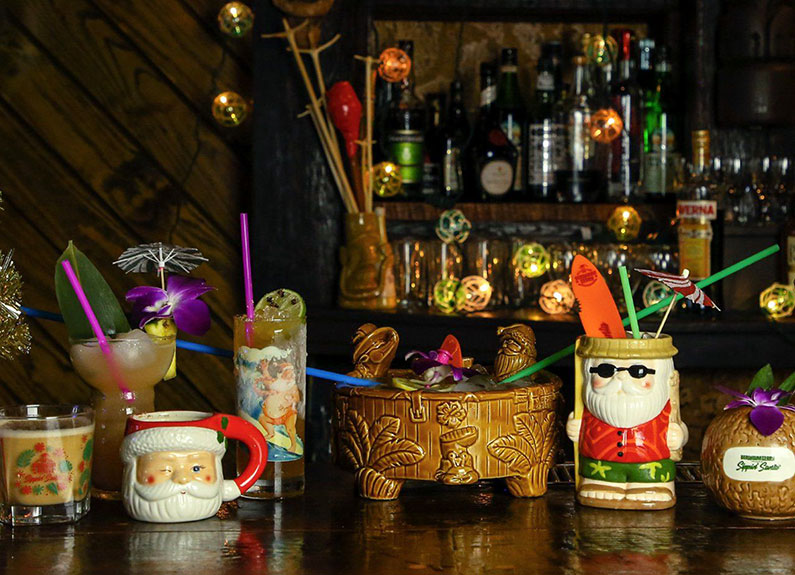