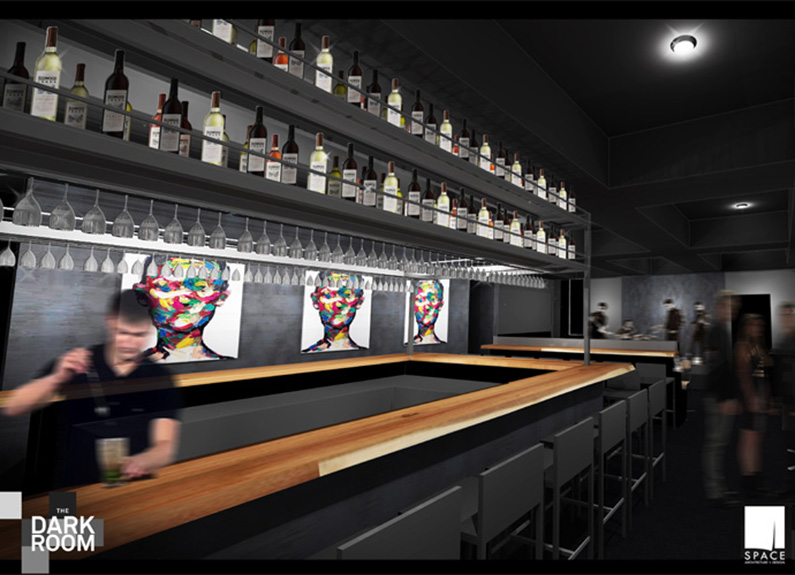 rendering of new interior of the dark room in grandel theater

The Dark Room to move to Grandel Theater

A new space for nightlife is developing at 3601 Grandel Square as The Dark Room Wine Bar & Photo Gallery prepares to move from its current location at 615 N. Grand Blvd., to the Grandel Theater. The Kranzberg Arts Foundation is renovating the Grandel, and in February 2017, the lobby and commons area will be home to an new Dark Room.

“This is a great opportunity to expand our programing and capacity and to double down on our commitment to supporting the arts,” said Chris Hansen, Kranzberg Arts Foundation executive director.

Hansen said those expansions include extended hours, 30 percent more seating inside and another 50 seats on the patio. The Dark Room will also serve as the food and beverage provider for the theater. A newly designed and installed kitchen will be under the direction of chef Samantha Pretto, who came on board in December 2015.

Patrons can expect an expanded cocktail menu designed for theater-goers who need to get to the show on time, as well as a new late-night food menu following productions. Private dining rooms will also be available.

Customers who enjoyed the live jazz and visual arts exhibits at The Dark Room can expect the same vibe with rotating installations.“The Dark Room meets (Kranzberg Arts Foundation’s) mission to invest in infrastructure and systems that support the arts,” said Hansen. “Its programs can be the backbone of the Grandel Theater.”

He plans to announce new menu details closer to opening.