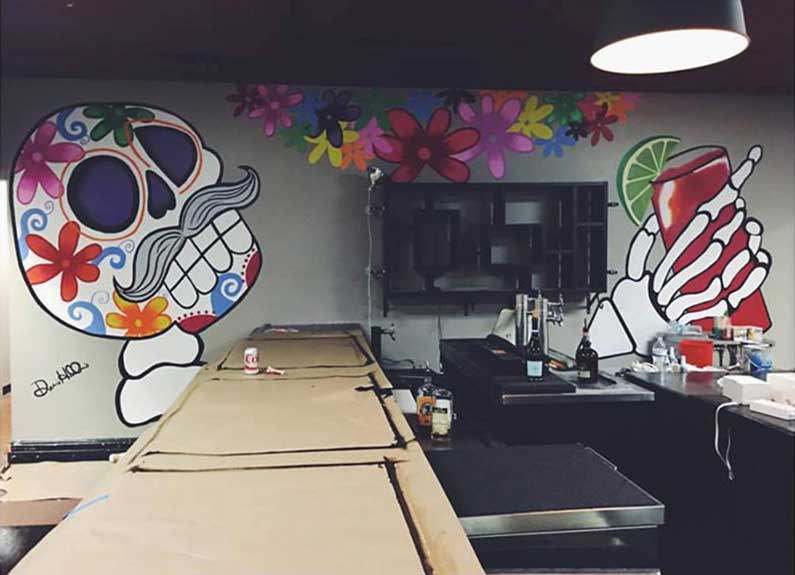 catrinas, a mexican restaurant, will open in edwardsville

Uncle Munkey’s Coin Club is out, and Catrinas is in at 1027 Century Drive in Edwardsville. Co-owners Megan and Ana Becerril both worked at Uncle Munkey’s owner Ryan O’Day other restaurant, Wang Gang, and decided to open their own place when Uncle Munkey’s shuttered in early November after a sale of the bar and arcade fell through. Wang Gang expanded into Unkle Munkey's dining area, adding more seating, and Catrinas opened in the remaining space Thursday, Jan. 21.

“My husband’s side of the family is from Mexico,” Megan Becerril said. “We want to serve the food you’d find if you walked into a kitchen in rural Mexico.”

To that end, do not expect to see chimichangas, refried beans or seasoned ground beef on the menu. Catrinas offers a variety of tacos like carne asada and al pastor cooked to order on house-made tortillas. Also on the menu is a Bistecitos Criollos – a thick cut, 8-ounce steak topped with bell pepper sauce, tomatoes and a sunny side-up egg served with either mashed potatoes or Mexican rice.

The drink menu will feature beer, wine and margaritas made with Tres Agaves tequila and fresh juice, which diners can enjoy in the 70-seat dining room or in the 30-seat bar area. Plans are in the works for a patio as well. Catrinas is open for lunch and dinner service.