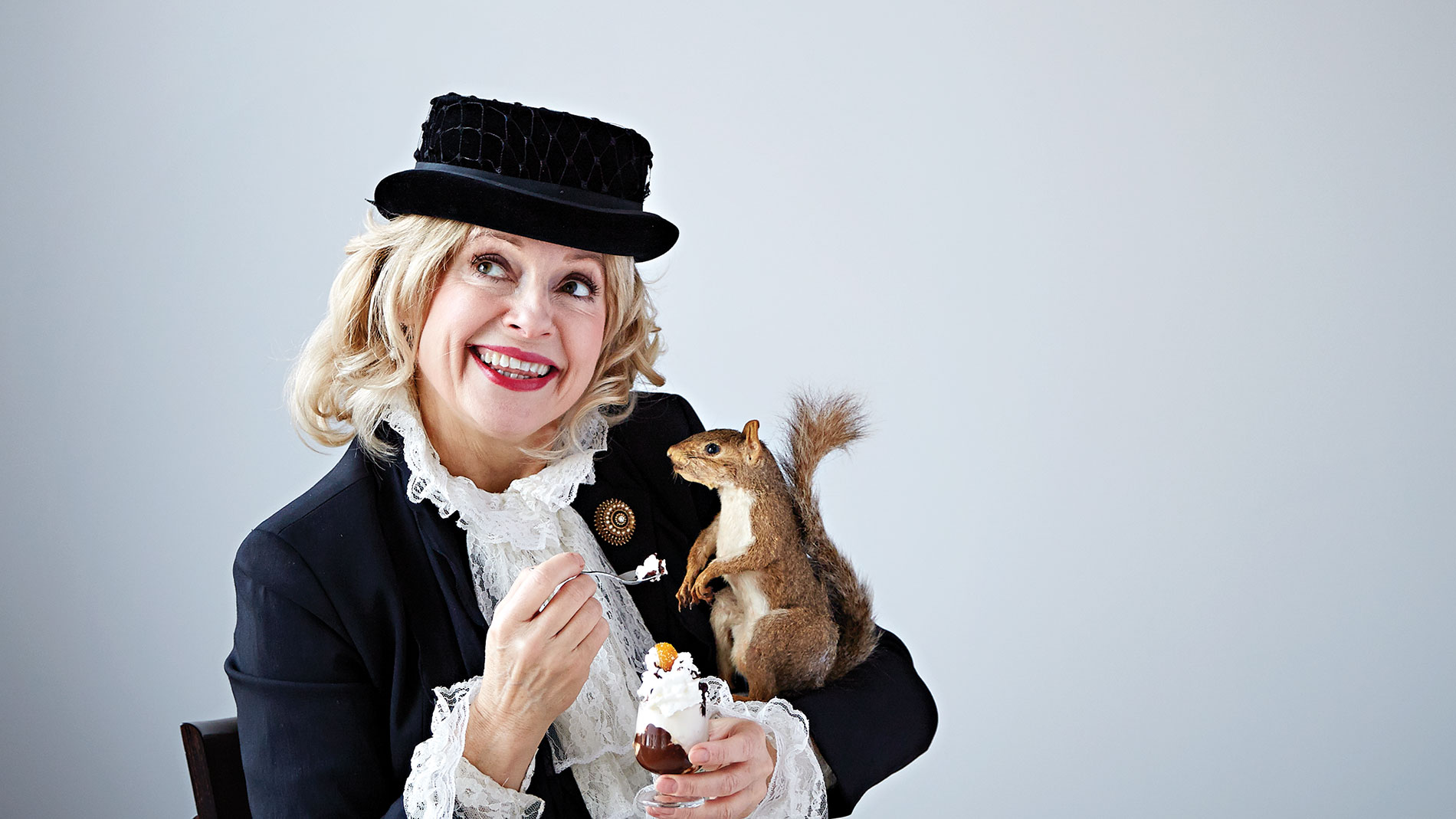 What I Do: Joy Grdnic Christensen

Back in the day, she was radio personality “Joy in the Morning” on KSHE 95. After she opened The Fountain on Locust nearly six years ago (when Midtown Alley was devoid of restaurants), she became Joy in the afternoon and evening at her eclectic, 1930s-era soda fountain. Here’s what it means to be Joy Grdnic Christensen at any hour.

Describe the day The Fountain opened.
Feb. 19, 2008: There was snow on the ground and three customers. I’d never been in the restaurant business. It’s stupidity that made me go forward. Stupidity is the key to my success.

Did you consult with any restaurateurs?
Kim Tucci [The Pasta House Co. co-founder] took a look around and said, “What don’t you see here? People!” Not people in the seats; he wanted people in photographs on the walls because Italian restaurants have that. Now he’s a big fan.

Who designed the space?
Me. I didn’t design it; I just did it. That was the problem. The idea was: It’s going to be art deco. I saw The Aviator. I’d freeze-frame and look at the Pan Am offices in New York because it was blue and it had stars. I was like, “Ooh, that’s nice for the ’30s. I’m going to do that.” I made the restaurant blue, and blue is the anti-appetite color. I read that the most appetite-inducing colors are orange, yellow and red.

They could diet if they ordered the world’s smallest ice cream cone. Or the world’s smallest hot fudge sundae.
We actually have healthy food. Everything on this menu is something I would eat every day: Birdseed Salad, the Grilled Golden Cadillac, which is basically spinach with grilled vegetables on top … We have 47 soups in rotation. The idea was to not feel bad because you’re going to a place with ice cream.

You’re really picky about your ice cream.
It’s the only thing we don’t make. We get it from Cedar Crest Dairy in Wisconsin. They are the only dairy in the country that ages their ice cream. That’s why it’s so good. We’ve had every competitor in the world come to us with their ice cream. I usually say to them, “Let me taste your coconut,” because I use that as a barometer. People will come in here with coconut ice cream that is just – you want to spit it out.

The Fountain is the home of the ice cream martini?
I have a confession: I thought I made it up. So much so that I didn’t even know if it would work. Not even thinking there was already a Brandy Alexander and a Grasshopper. My fear was what if the alcohol separates the ice cream and it all turns into a mess? Fortunately, it doesn’t.

Is The Fountain’s burlesque bingo your idea?
No. Again, from The Aviator. They had a scene where the girls were on trapezes. I thought, this is what it has to be! It’s a little burlesque, a little bingo, more of the true burlesque, which is more like the vaudeville comedy version as opposed to Las Vegas. There’s no clever entertainment there.

What I Do: Carlton Adams, chief operating officer of Operation Food Search​

The pop-up dinner series in a downtown St. Louis loft you should know about

“You get to sit and share a meal with someone that you probably never would have ...