Seeing as though I’m a hopeless slave to my credit card, I’d normally take a bar to task for only accepting cash. But I’m happy to make an exception for The Civil Life, a South Side brewing company and taproom that exudes a venerable time warp to the late 1800s. Looking to escape all our modern confusions? Tired of all the bells, whistles and Pinterests of the crazy workday world? The folks behind The Civil Life have paired things down considerably.

In this mostly German-style brew pub, cold, handcrafted beers are swiftly pulled into dimpled German beer mugs and passed across the handsome wooden bar of a main saloon that’s seeped in Old World charm – the type of place where you half expect someone to strike a match and light a few Coleman lamps once the sun drops. Sparse and somewhat utilitarian, the taproom is built into the corner of a giant metal warehouse. Were it not for a matter-of-fact sign over the outside door that simply reads “beer,” on the industrial side street south of Tower Grove, passersby would have no idea there was even a venue inside. This only adds to this place’s reclusive charm.

Upstairs in a loft area overlooking the massive brewing equipment, patrons ease into straight-backed wooden booths and long tabletops meant to employ the myriad board games tucked away in nearby cubbyholes. Though I appreciate the rustic and minimalist vibe – no frilly décor, no neon signs – the upstairs space still seems oddly cordoned off and ill utilized. But the real scene is on the patio. On a Friday night, music emanates from a live two-man bluegrass group: one on the banjo, one on a harmonica and washboard, sipping on mugs of beer as they take the occasional request from drinkers who lounge about on even more communal wooden tables.

The crowd at Civil Life is as easygoing as they come. Jeans, flip-flops and ringer T-shirts are the order of the day. On cool nights, the gravel-lined patio can get crowded with a mix of neighborhood regulars, couples and the ubiquitous post-college crowd.

True to the European theme, the beer list is dominated by selections like British Bitter (probably Civil Life’s best), Munich Dunkel, Scottish Ale and CarlBock. At any given time, 10 or so selections are featured in two sizes: 8-ounce pours for $2.50 and 16-ounce mugs for $5. Start with a light, nutty glass of Vienna and work your way up to a thick mug of Black Lager; both were easy-drinking standouts as opposed to others like the Rye Pale Ale and American Brown, which pretty much fell flat. A nominal wine selection is also available, as are a handful of sandwiches and finger foods crafted in-house – nothing over $6.

The beers, like the bar itself, reflect the playful attitude of a group of friends hanging out to play hooky on a Friday afternoon. The joint is obviously a labor of love for self-proclaimed captain of the ship Jake Hafner who, after spending eight-and-a-half years at the helm of 33 Wine Shop & Tasting Bar in Lafayette Square, decided to move on to open his own brewery with co-founders and brewers Dylan Mosley and Mike Bianco. Judging by the fact that every time I’m around town I see more and more Civil Life products on tap, this crew seems to be here to stay.

With an imaginative selection of brews in an imaginative setting, The Civil Life is a great addition to the burgeoning microbrewing community. It might be a little underwhelming in terms of space; it might be a tad too quirky and off-the-beaten-path to add to your regular bar rotation. But this Old World hideaway is definitely worth a return trip for a special occasion. 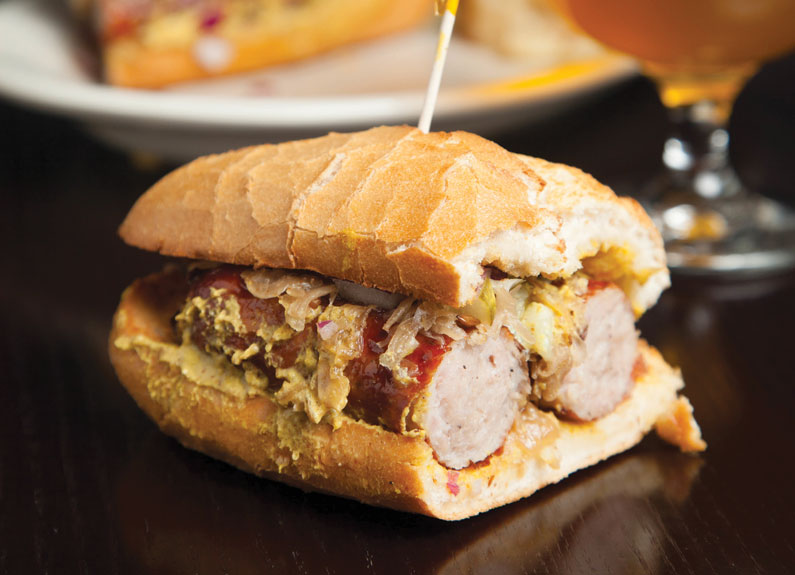