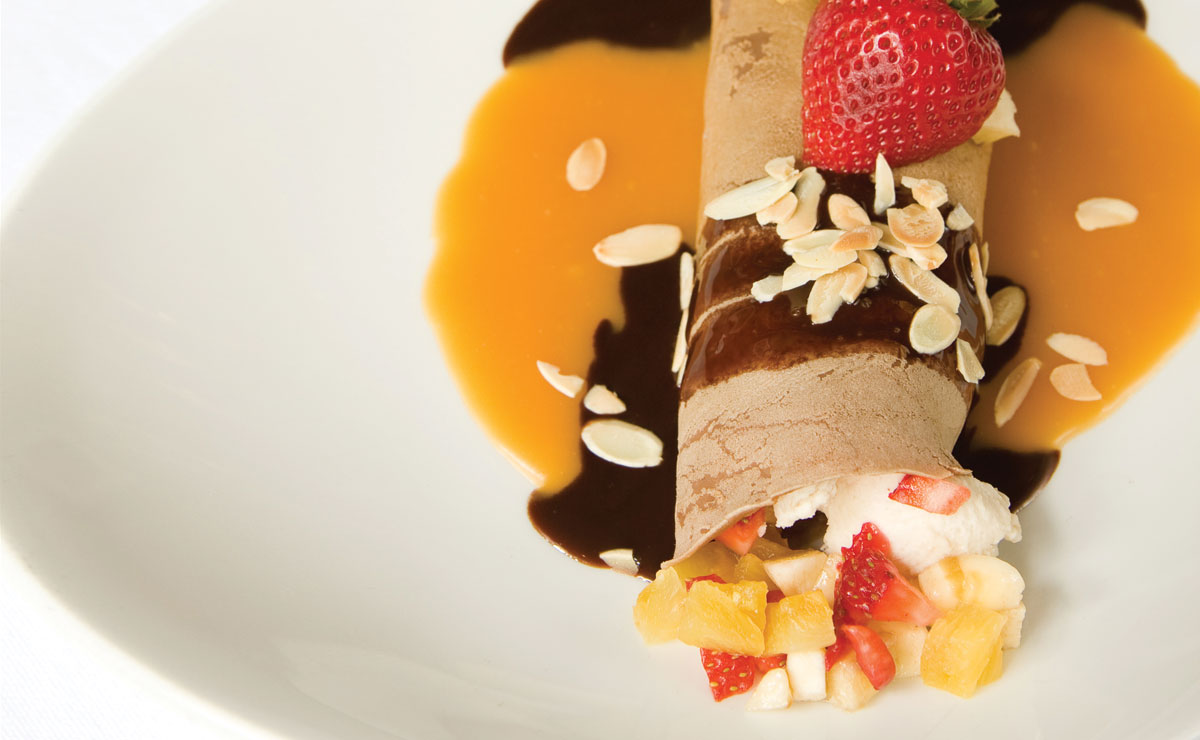 Maybe it’s the chocolate crêpe. Perhaps it’s the liqueur-soaked whipped cream. Or the generous drizzle of caramel sauce. Whatever the reason, Blue Water Grill’s chocolate enchilada, which debuted over 20 years ago at the original Hampton Avenue location, is so popular that it survived the closing of the restaurant that created it. These days, you’ll find this sophisticated take on a sundae at Blue Water’s sister restaurant, Big Sky Café.
– Katie O’Connor


For the chocolate crêpes


For the Kahlúa whipped cream


For the caramel sauce

• Fill each crêpe with 3 heaping tablespoons of Kahlúa whipped cream, then divide the fruits evenly between the crêpes.
• Roll up the crêpes enchilada-style, then drizzle with the chocolate and caramel sauces and sprinkle with the almonds.

For the chocolate crêpes

• Sift the dry ingredients into a large bowl and make a well in the center. Add the egg, yolk and 1 cup of the milk. Whisk until a smooth paste forms.
• Add the remaining cup of milk and the melted butter and whisk until smooth.
• Heat and lightly oil a crêpe pan or griddle to medium-high heat.
• Ladle 3 ounces of batter into the pan and swirl it into a circle.
• Cook until the edges become slightly dry, about 45 seconds. Use an offset spatula to loosen and then flip the crêpe. Cook for another 15 seconds and remove to a sheet pan.
• Repeat with the remaining batter.

For the Kahlúa whipped cream

• In a mixer with a whip attachment, whip the cream and sugar. When almost at stiff peaks, stream in the Kahlúa.
• Continue whipping until stiff peaks form.

For the caramel sauce

• In a sauce pot, pour the water over the sugar. Do not whisk.
• Add the lemon juice and salt and cook over a medium flame until the mixture is a dark amber color.
• Remove from the heat and carefully whisk in the heavy cream (it will bubble and steam
• quite a bit).
• Place the diced butter in a large plastic or metal bowl.
• Once the cream is incorporated, pour the mixture over the butter and whisk until the butter is incorporated.
• Allow to cool. 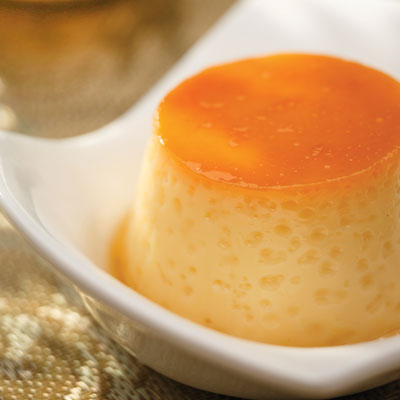 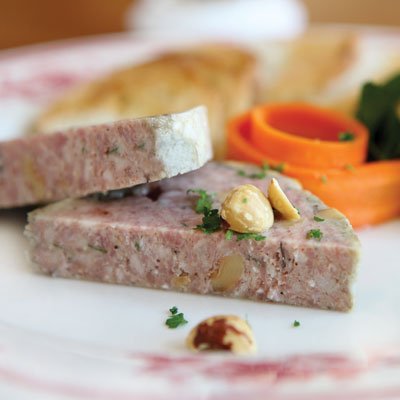 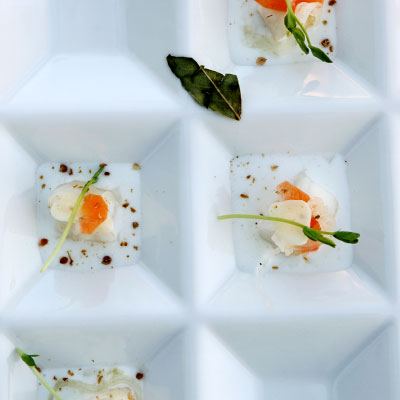 Escolar Escabèche With Coriander and Kefir