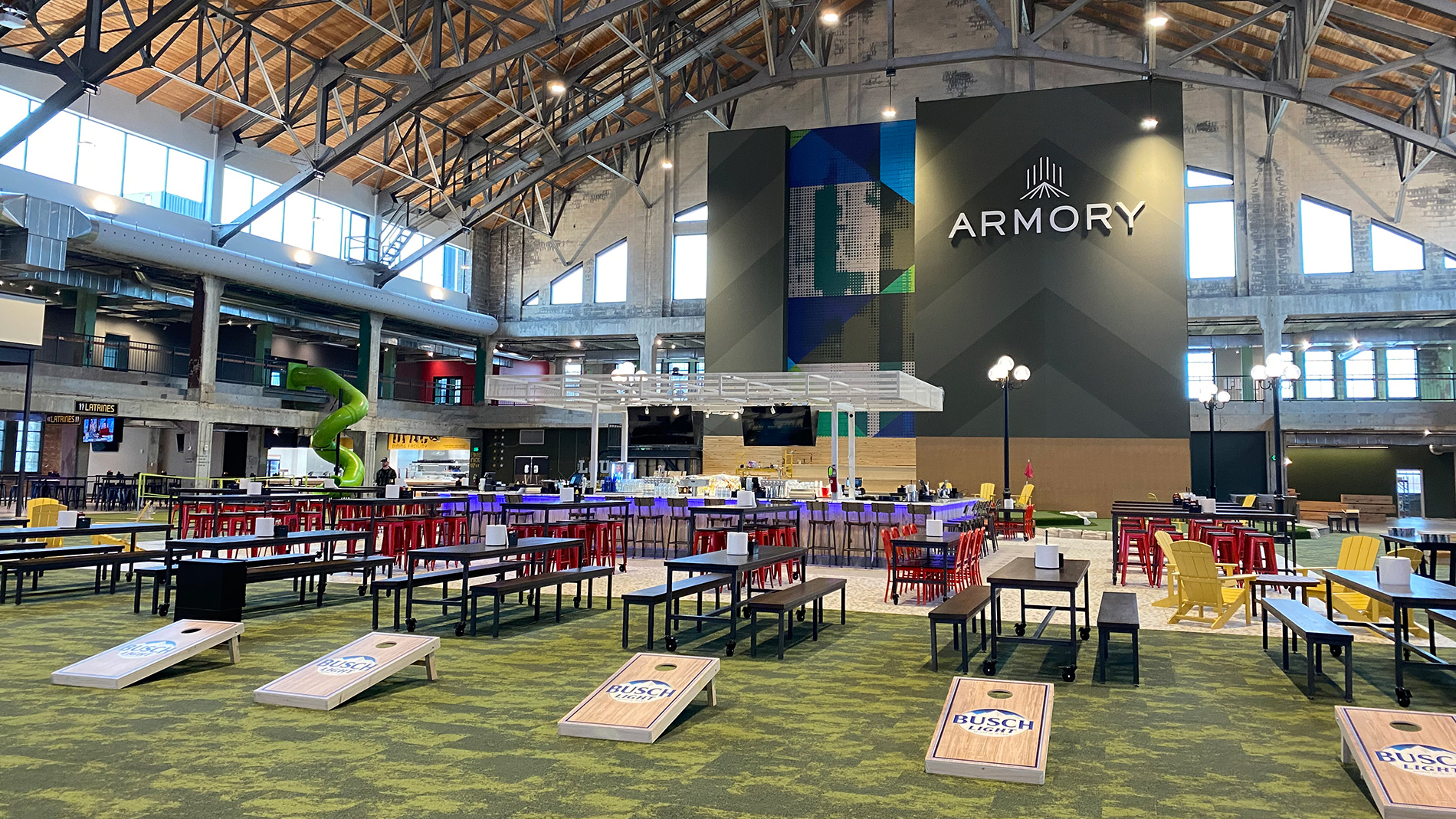 Armory STL, a multi-venue entertainment and events space featuring a food counter, six bars, a 62-foot stage, a gigantic screen and an array of indoor games, opens its first phase on Friday, Dec. 16, at 3660 Market St. in Midtown St. Louis. The 250,000-square-foot destination is located in a historic building that once housed the Missouri National Guard, before serving as a sports complex among other functions through the decades.

Billed as “The Biggest Bar in St. Louis,” The Armory covers six acres across multiple floors and is intended as a space to “gather, play, eat, drink and discover.” The first phase includes the main hall, an enormous room that includes 500 square feet of bar space and over 20 games, including table tennis, beer pong, four-square badminton, ladder golf, 8-player foosball, giant checkers and chess, arcade games, washers and cornhole. The attractions also include a two-story slide, an adult-sized seesaw (made from one of the old roof trusses), and a photo booth.

Ali Lamb, the Armory’s director of marketing, said she invites the community to treat the Armory like the “living room of St. Louis,” comparing a night at the venue to a huge house party. “We want people to feel relaxed,” she said. “Take a deep breath. The last few years have been hard. We need to kick back, relax, have some fun, have a drink, have some snacks and you get to use this space as you want to use it.”

Food at the Armory is headed up by chef Brandon Powell, a St. Louisan who spent years working in California in culinary and operations roles at Fleming’s Prime Steakhouse & Wine Bar. The menu centers on food that is easy to carry and eat with your hands, the kind of food that is compatible with partaking in the Armory’s plethora of games. “It’s hard to play four-square badminton with a steak,” Lamb said. Customers order from a walk-up counter in the northeast corner of the main room. There are eight burgers, as well as paninis, quesadillas, five types of tacos, wings, salads, toasted raviolis, brats and the nacho-style “chip boards.”

The menu features products from a number of local brands, including barbecue sauce from Pappy’s Smokehouse, which is offered as a condiment at tables as well as being used as a topping on the Tillamook burger. The bratwurst is from G&W, Louisa supplies all the toasted ravioli, and you’ll find a range of ice cream from City Scoops Creamery. “They have really great flavors, a really great white chocolate-Oreo, for example, they've got a really great black cherry-chocolate,” Powell said. He said that as the Armory establishes itself, he’ll be looking to bring in more local partners if the opportunity arises.

Powell said he had expected the burgers and brats to be a hit among guests at pre-opening preview events, but he was pleased by the feedback on the food across the board. “The paninis have been a real nice surprise for us,” he said. “And we knew the ultimate chip boards were going to be a pretty popular item, but just the way that they’re coming out, I would say those are the ones that we've been most pleasantly surprised by.”

Powell said that it was important the menu offered something more compelling and exciting than the average bar menu. “We don't want to make it more complicated than it needs to be, but also this city really has a great food base and food menu options across the board,” Powell said. “You don’t just open and try and just serve the regular food. You want to be different.”

“Across the board, I feel like we've knocked our sandwiches out of the park, but honestly when I look across the menu I’m proud of every bit of it,” Powell said. “We’ve got a lot of offerings for a counter-service type of offering, and we really wanted to make everything except the buns and the fries in-house. And if we didn't make it in-house, we brought in a local purveyor that was going to be able to tie ourselves to the community.”

The six bars include the Michelob Ultra-sponsored Officers’ Club on the mezzanine level. The Crush Bar includes offers a range of fruity cocktails with pellet ice (or “Sonic ice”), while other bars are stocked with beers from local craft brewers including Rockwell Beer Co., 4 Hands Brewing Co. and Perennial Artisan Ales. Various spaces within the Armory are available for hire for events, offering varying degrees of seclusion, so that regular customers can still use the main hall.

Armory STL will be open as a bar and entertainment venue seven days a week. The venue will also host national and international touring artists, with shows expected to be scheduled for Thursday nights. On concert nights, the space can be cleared of games and seating to open up the floor. Lamb said that the first shows will be announced in January 2023.

Future phases will unveil a number of developments in the revamped lower level of the Armory building, with a rooftop space also set to be opened to the public in spring 2023. Among the developments to come will be the St. Louis Tennis Hall of Fame, which will reflect the building’s historical connection to the sport as well as paying tribute to legends of the game who grew up in St. Louis or learned to play tennis in the city (some in the Armory itself), including Arthur Ashe, Jimmy Connors, Butch Buchholz and Dwight Davis.

The Armory building was designed by local architect Albert Osburg, with construction completed in 1938. The building was originally knowns as the 138th Infantry Missouri National Guard Armory. (Take a look at this 2017 report from KSDK for a look at how the building looked in its previous iterations and prior to renovations.) The Armory’s revival and redevelopment was led by Green Street Real Estate Ventures, which owns the building. The forthcoming Brickline Greenway will connect the Armory with City Foundry STL, on the other side of Interstate 64, with the new Greenway creating a pedestrian and cycle path all the way from the Armory to downtown St. Louis to the east, Forest Park to the west, Fairground Park to the north and Tower Grove Park to the south.

While The Armory’s assortment of games clearly put an emphasis on this being a fun, interactive space, strict age requirements apply: Monday through Friday, all guests must be 21 or over to enter; under 21s can visit with an adult only until 6 p.m. on Saturdays and Sundays. Entry is free, unless otherwise specified for a ticketed event. Guests pay a fee to play some of the games, but Lamb said many of the games are free. “We can’t charge people to play cornhole, they’ll just go down the street, so a backyard game that you have in your home, we’re not charging people,” she said.

On Dec. 16, the Armory opens to the public with a celebration kicking off at 4 p.m. The night will include live music from Up All Night STL. On Dec. 23, the venue is throwing a Christmas party that will serve up classic Christmas tunes, clips from beloved Christmas movies, eggnog and more. Finally, the Armory’s New Year’s Eve party on Dec. 31 is ticket-only, with all-inclusive food and drink packages available, as well as laser shows and live music from The Party Feels. For information on parking and rideshare pickup and drop-off, see the Armory website.

Editor's note: The text was updated on December 16, 2022, to clarify the age requirements for entry. 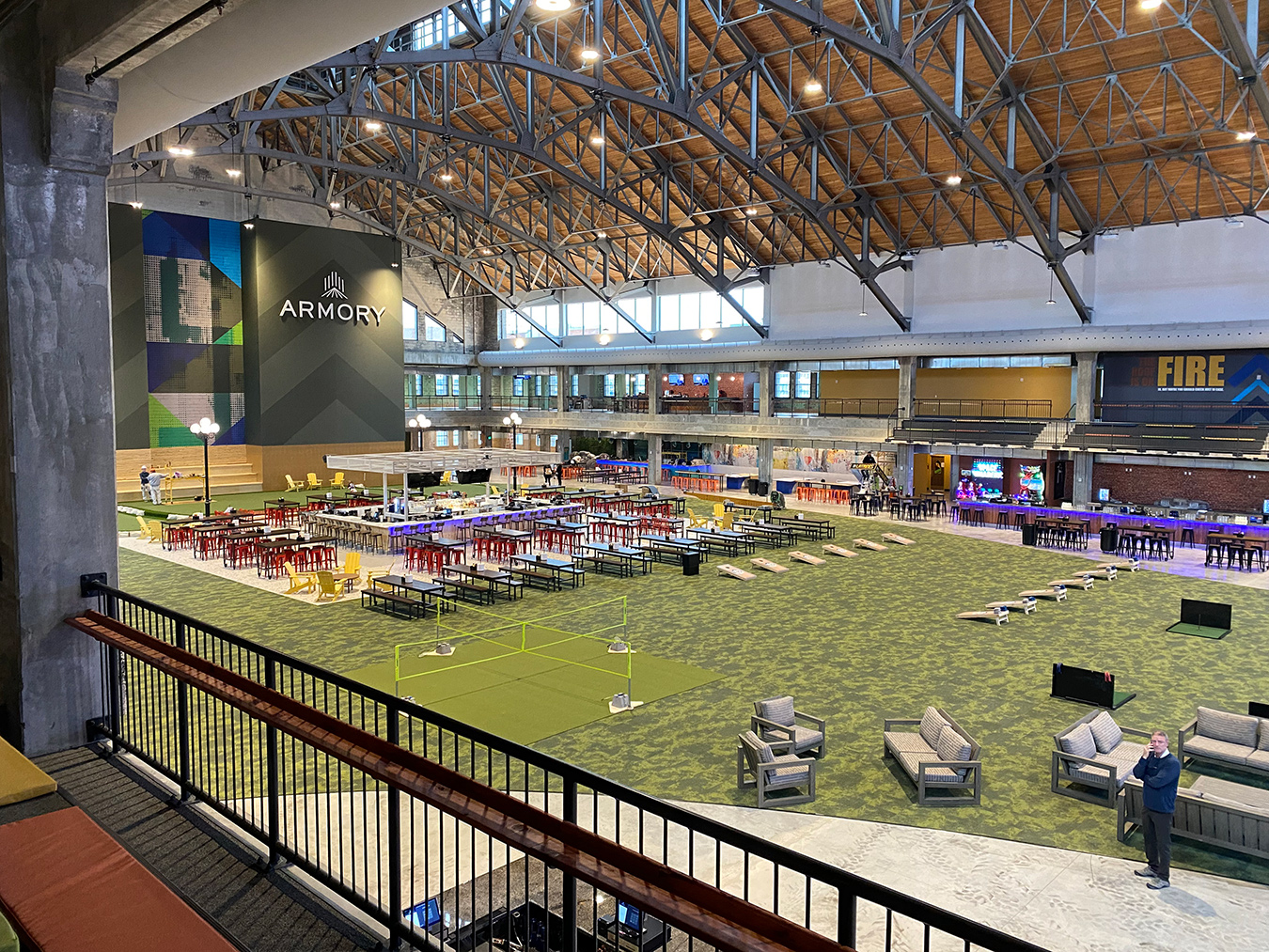 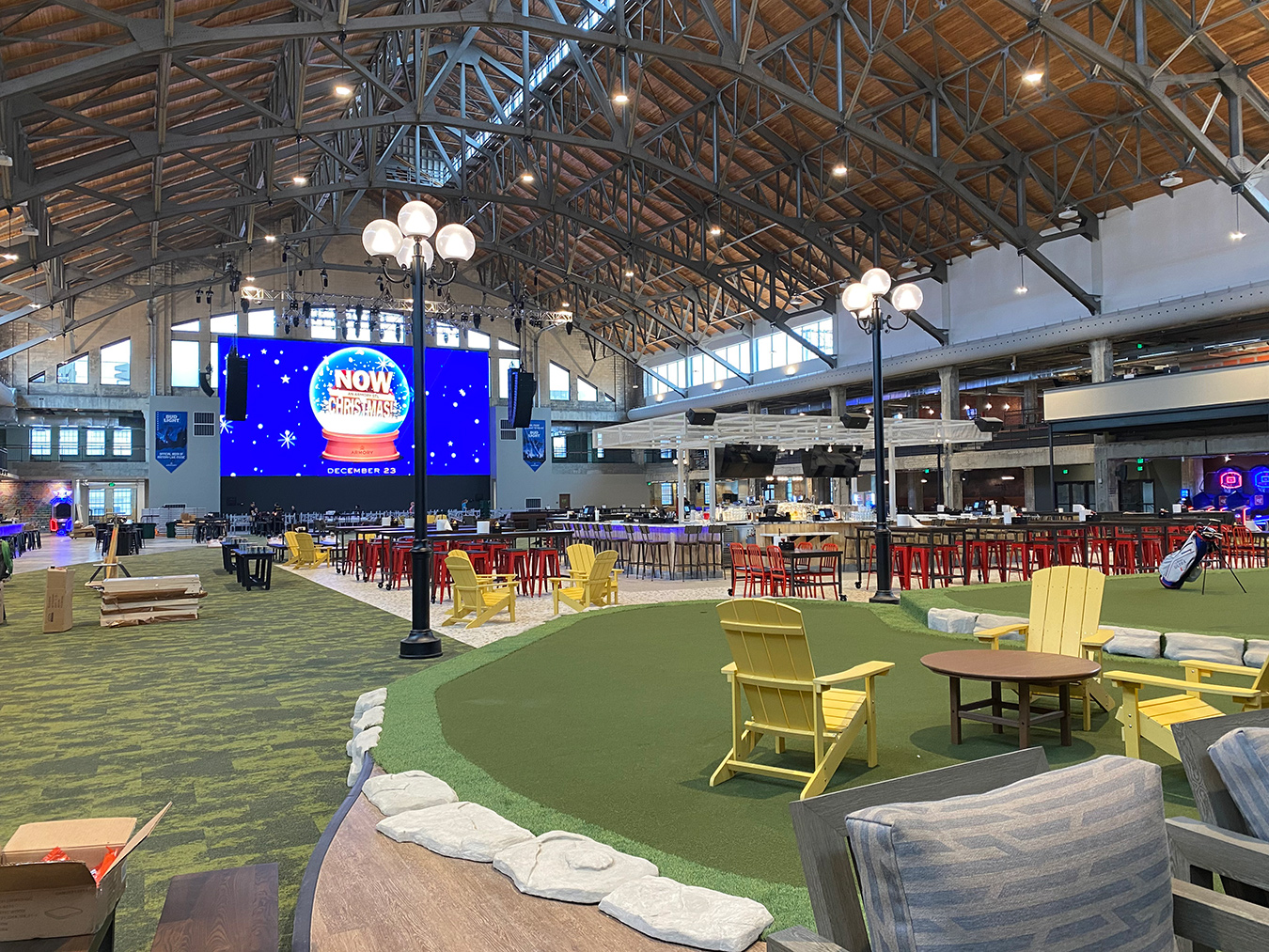 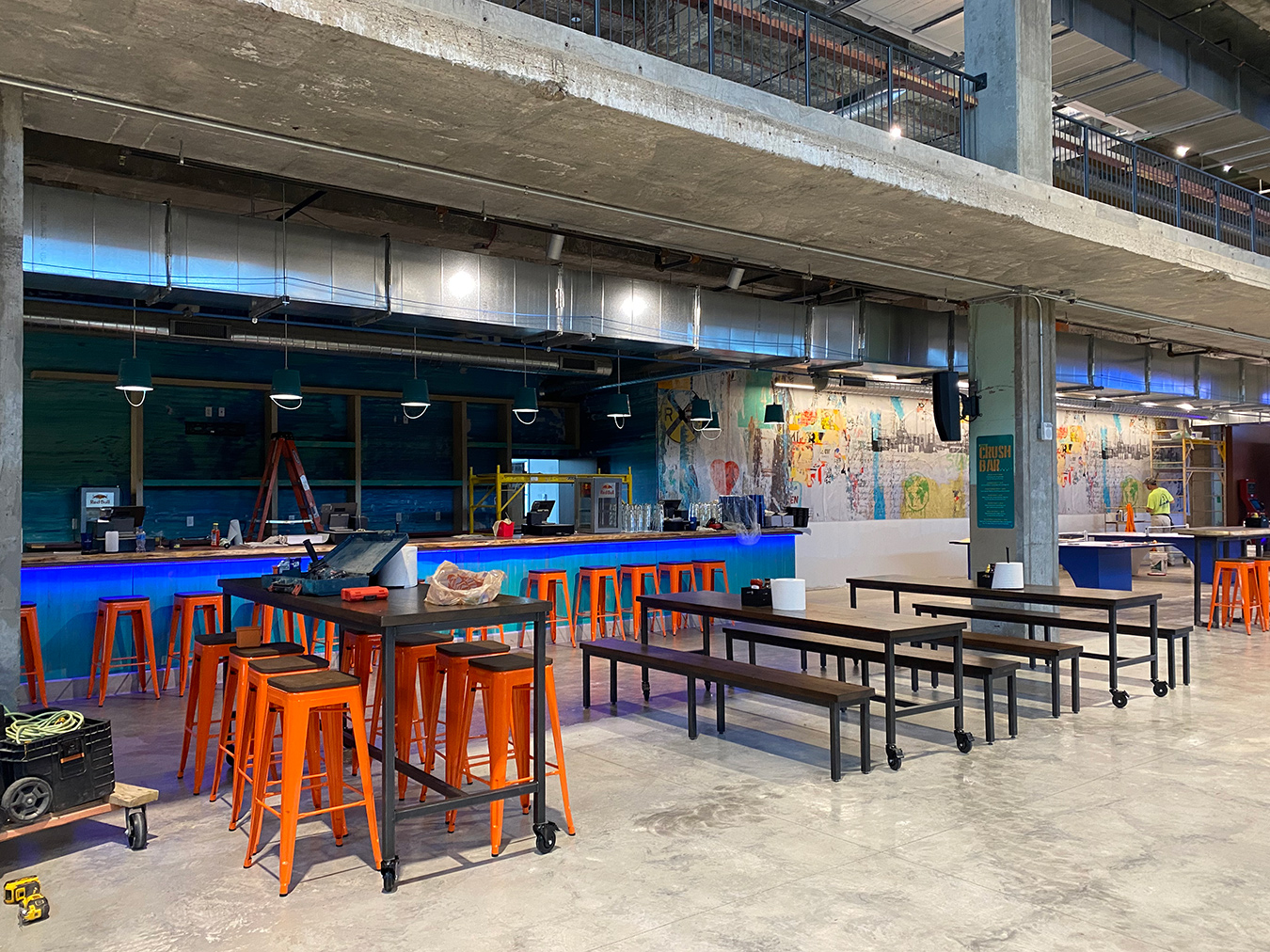 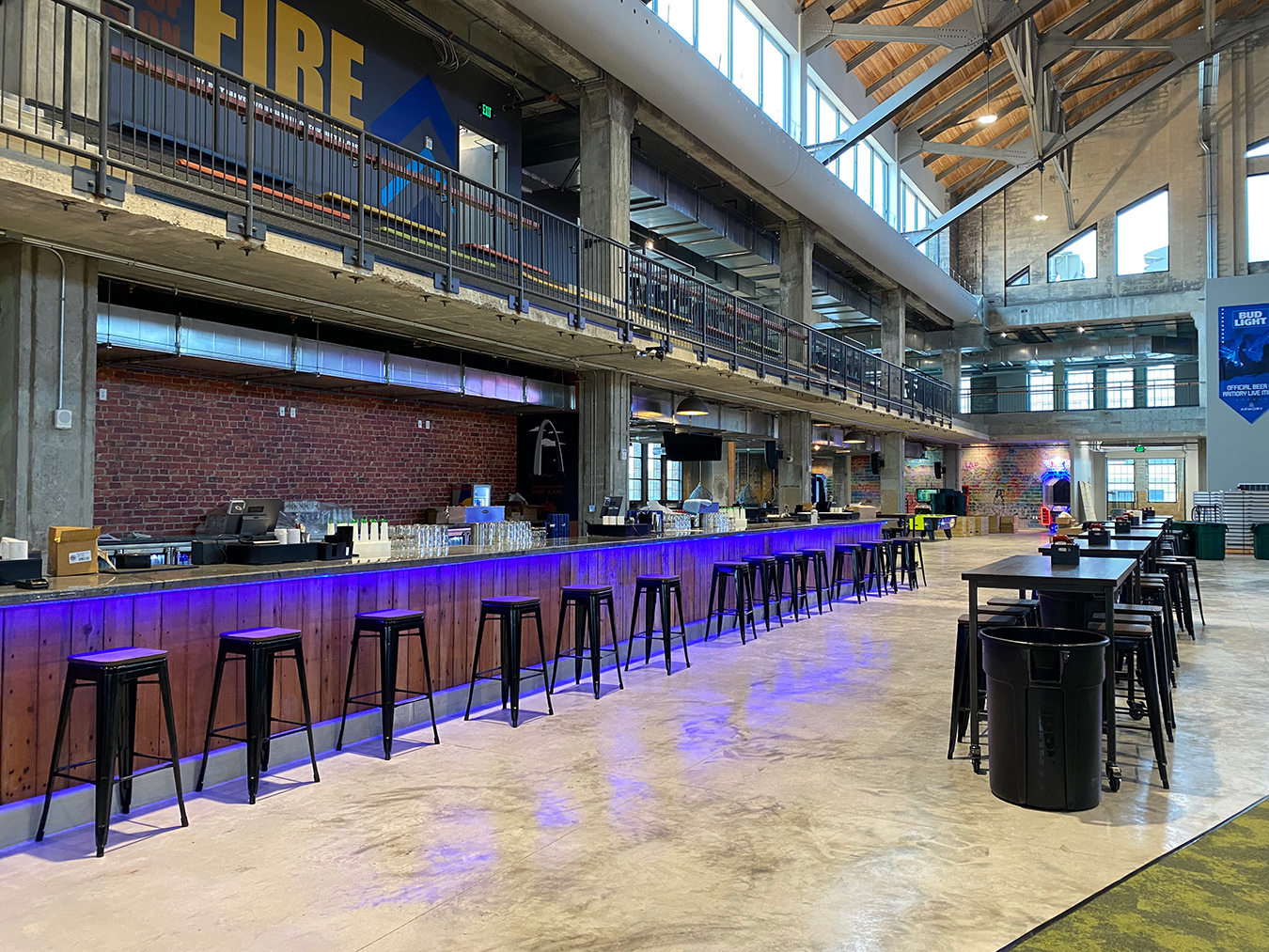 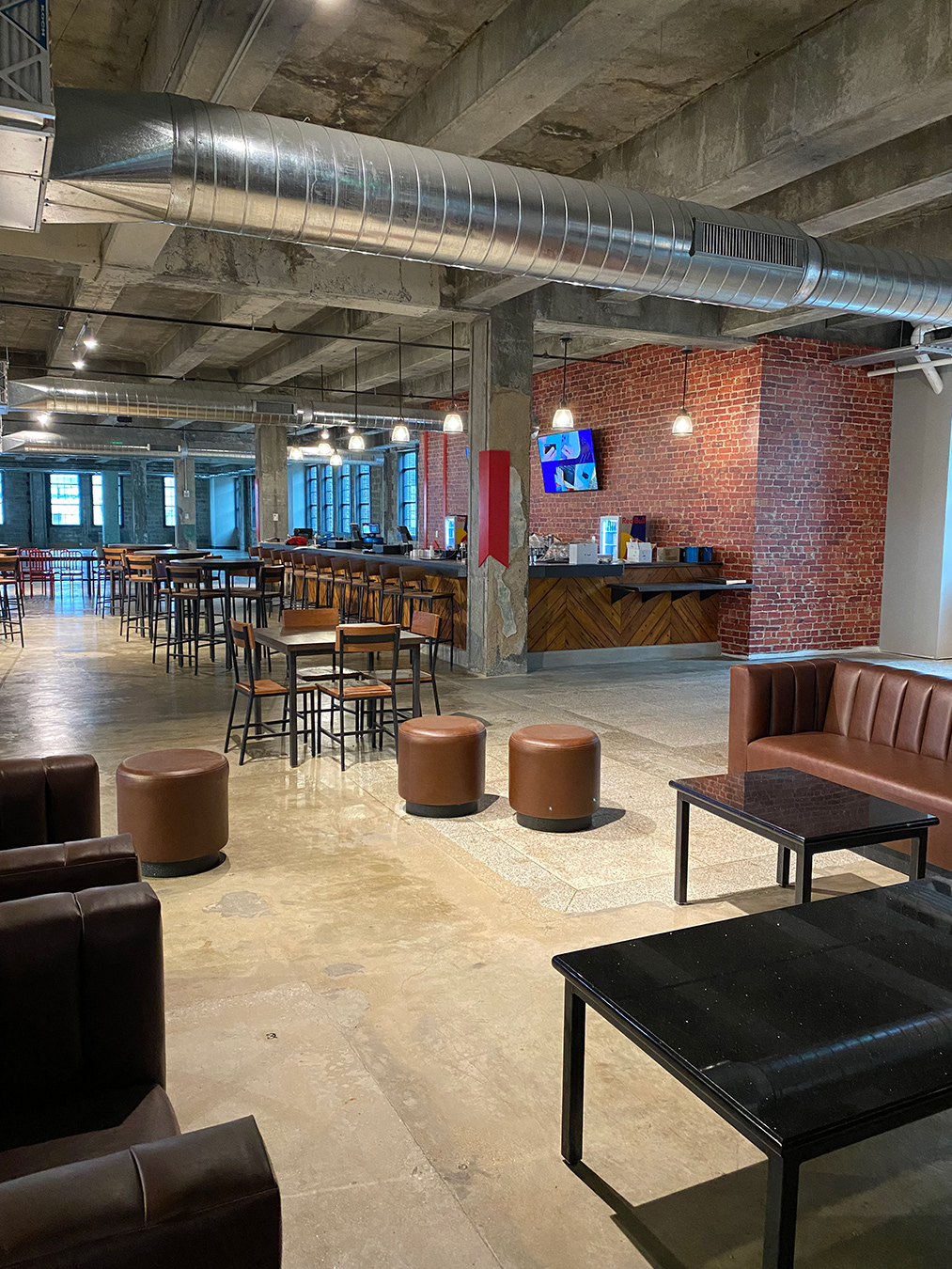 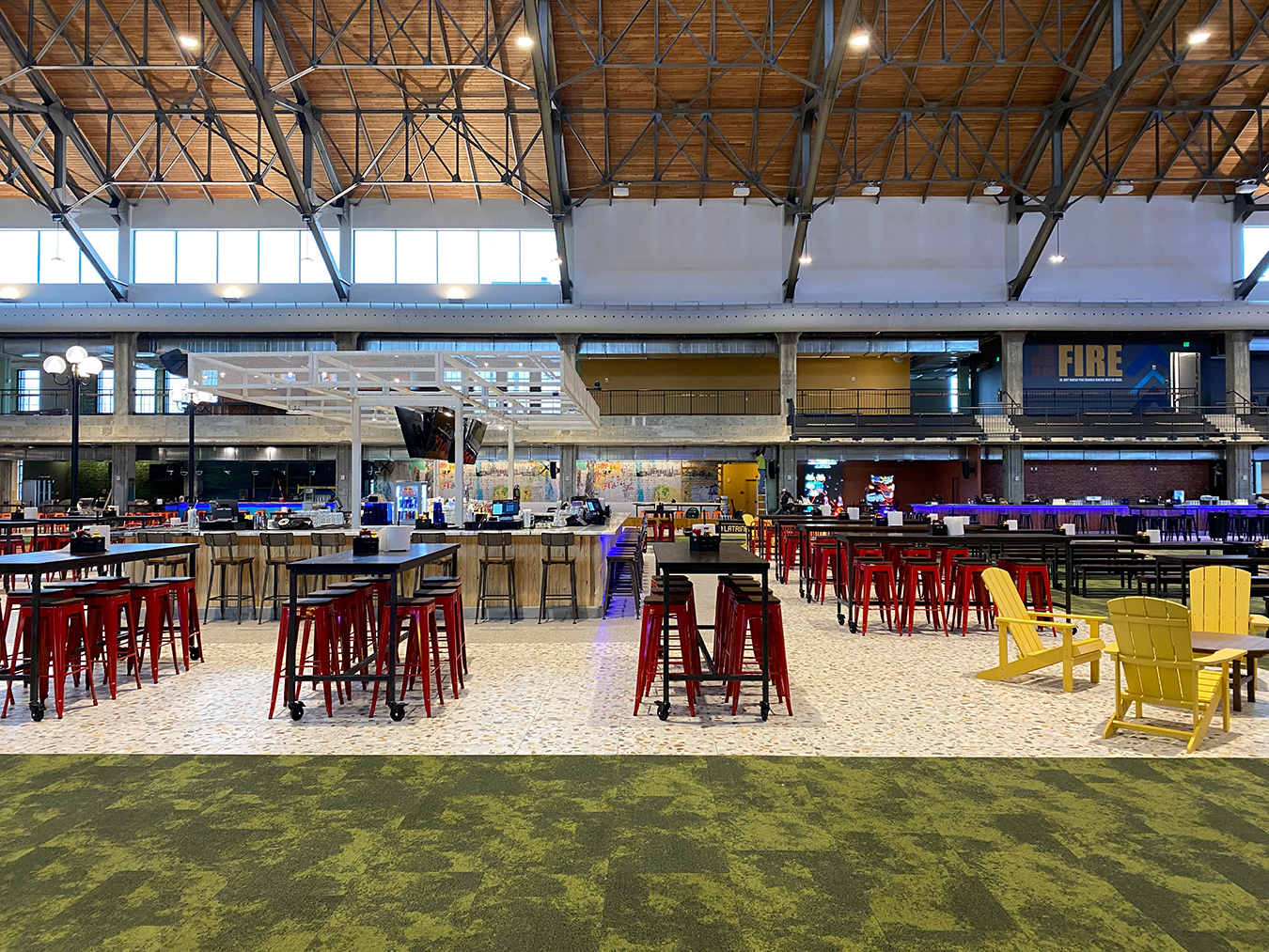 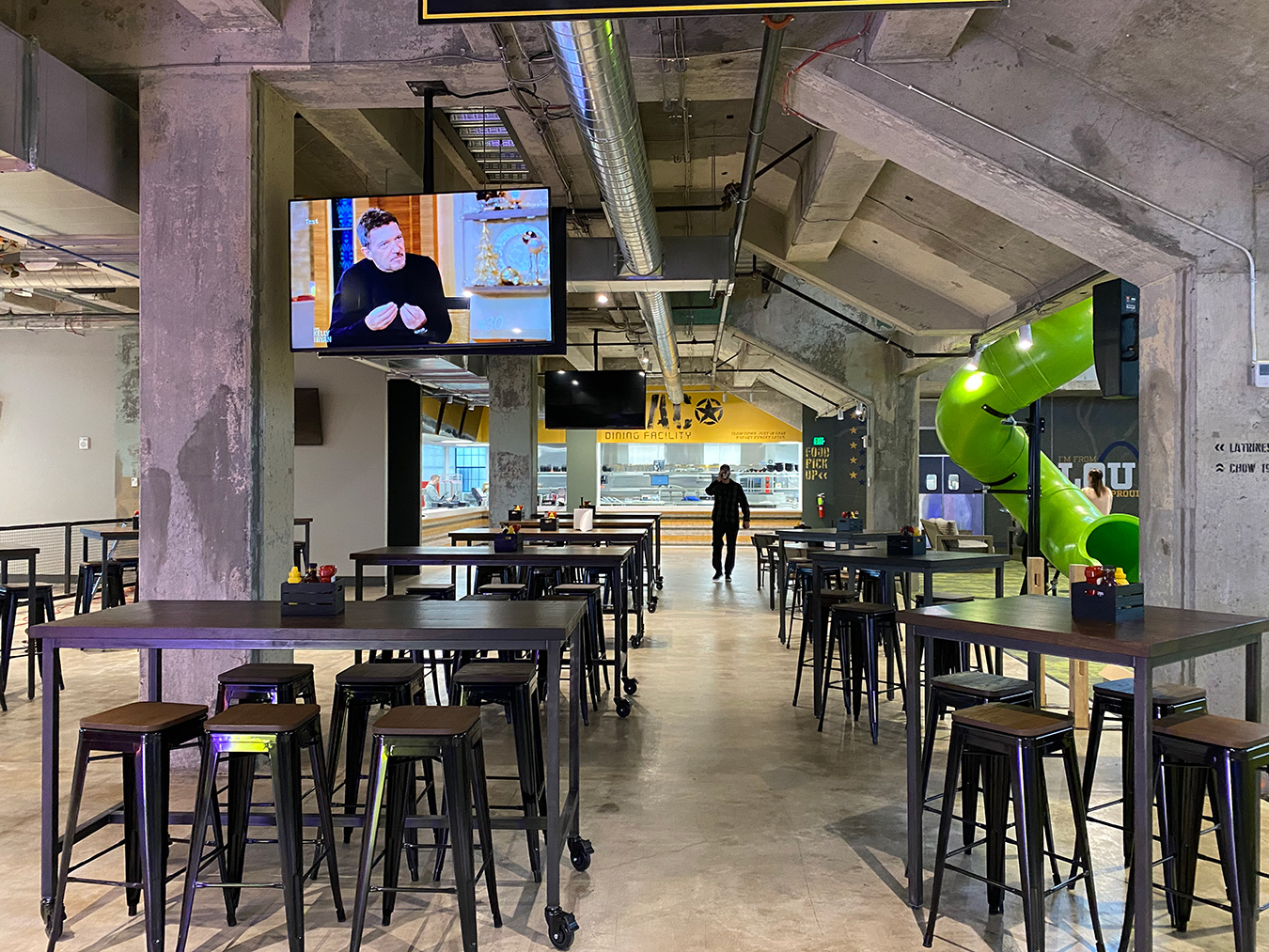 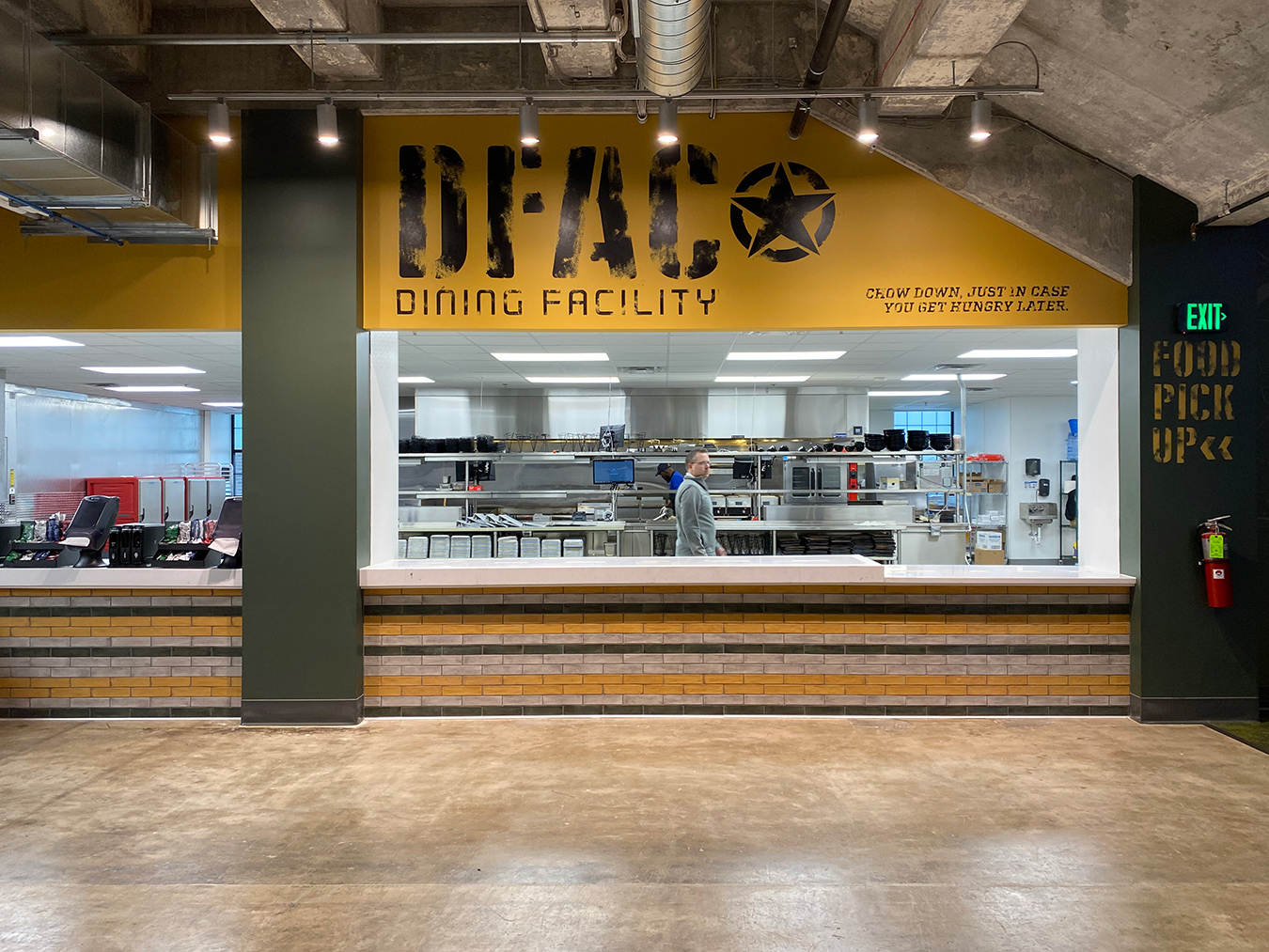 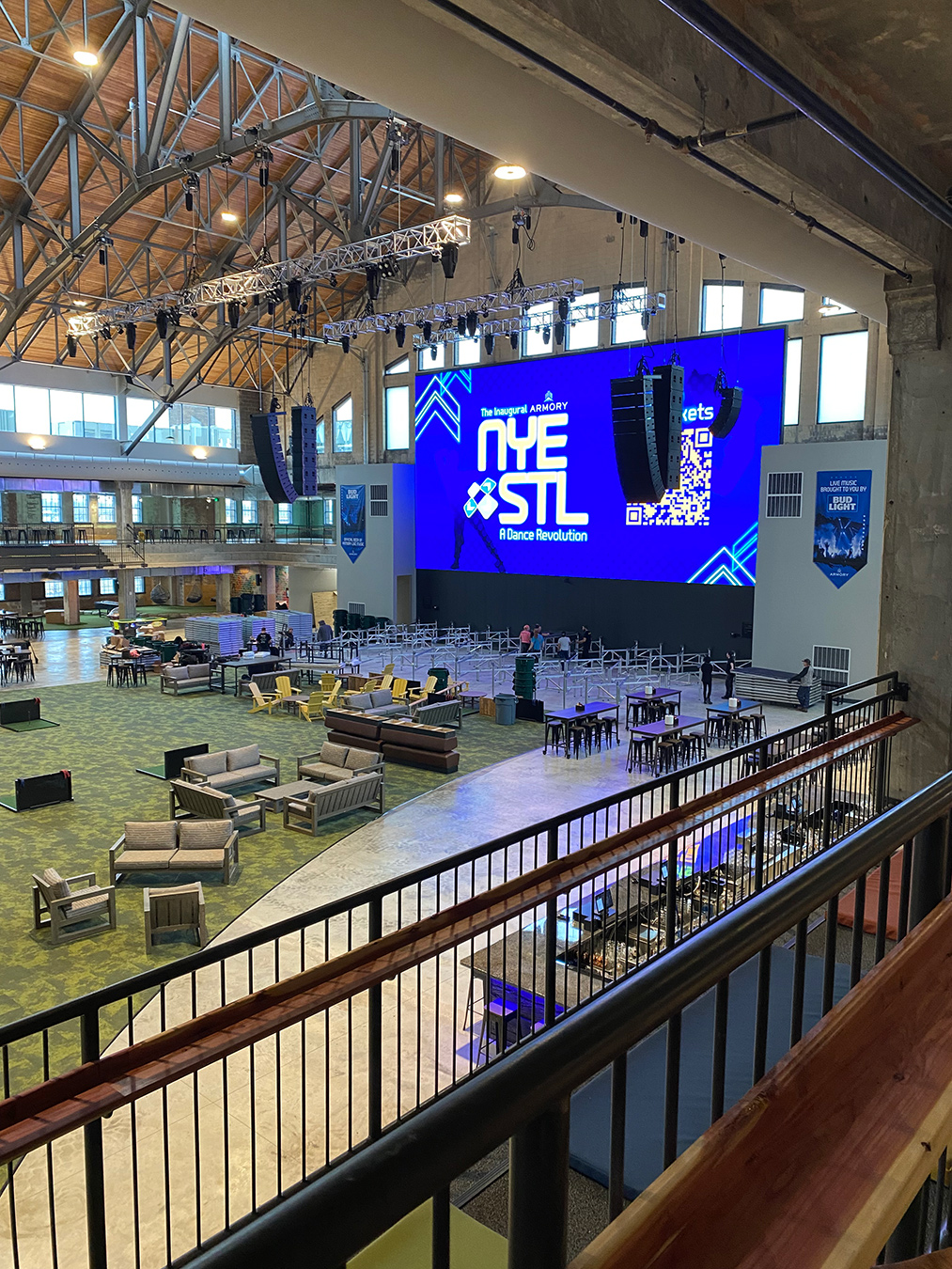 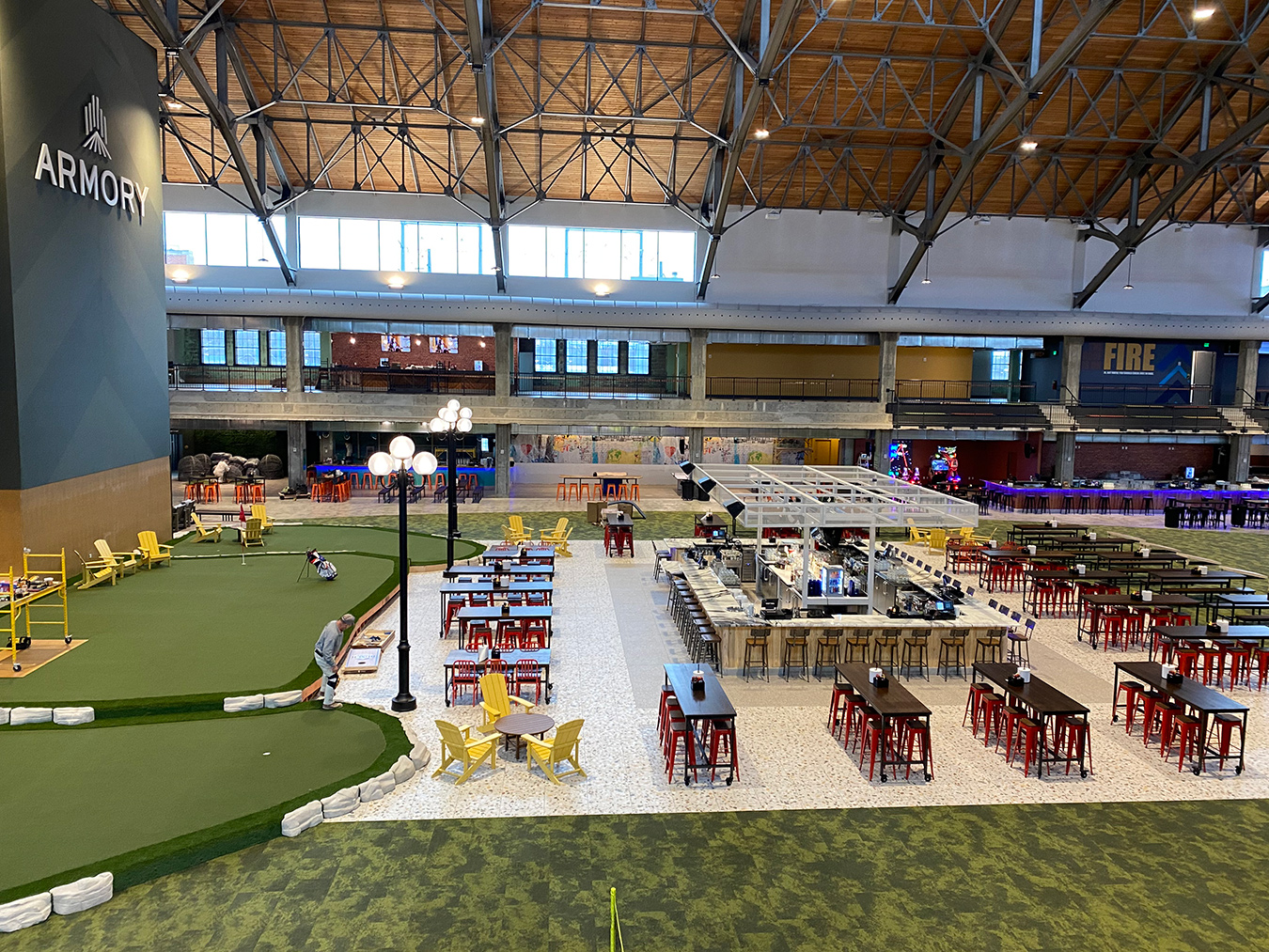 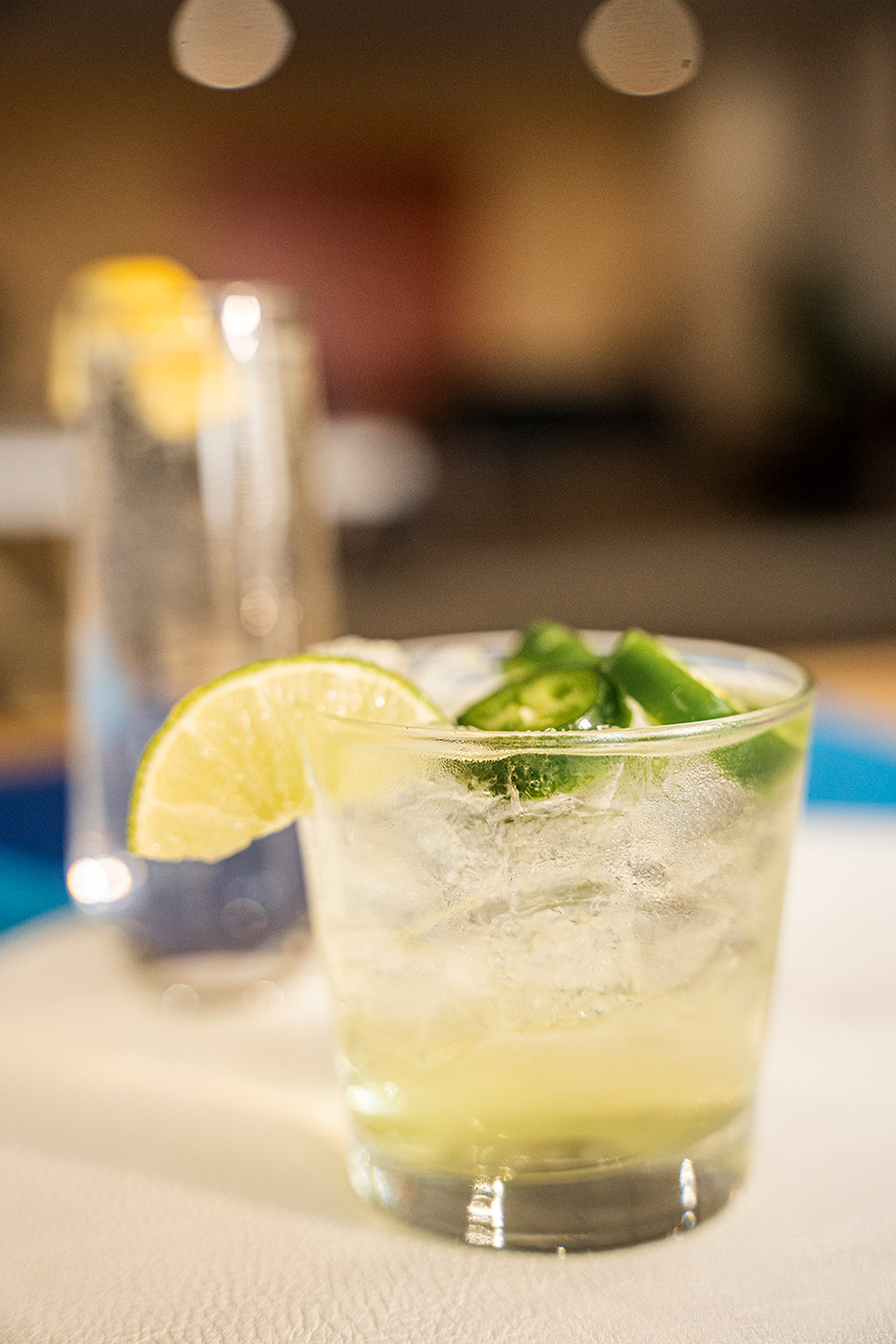 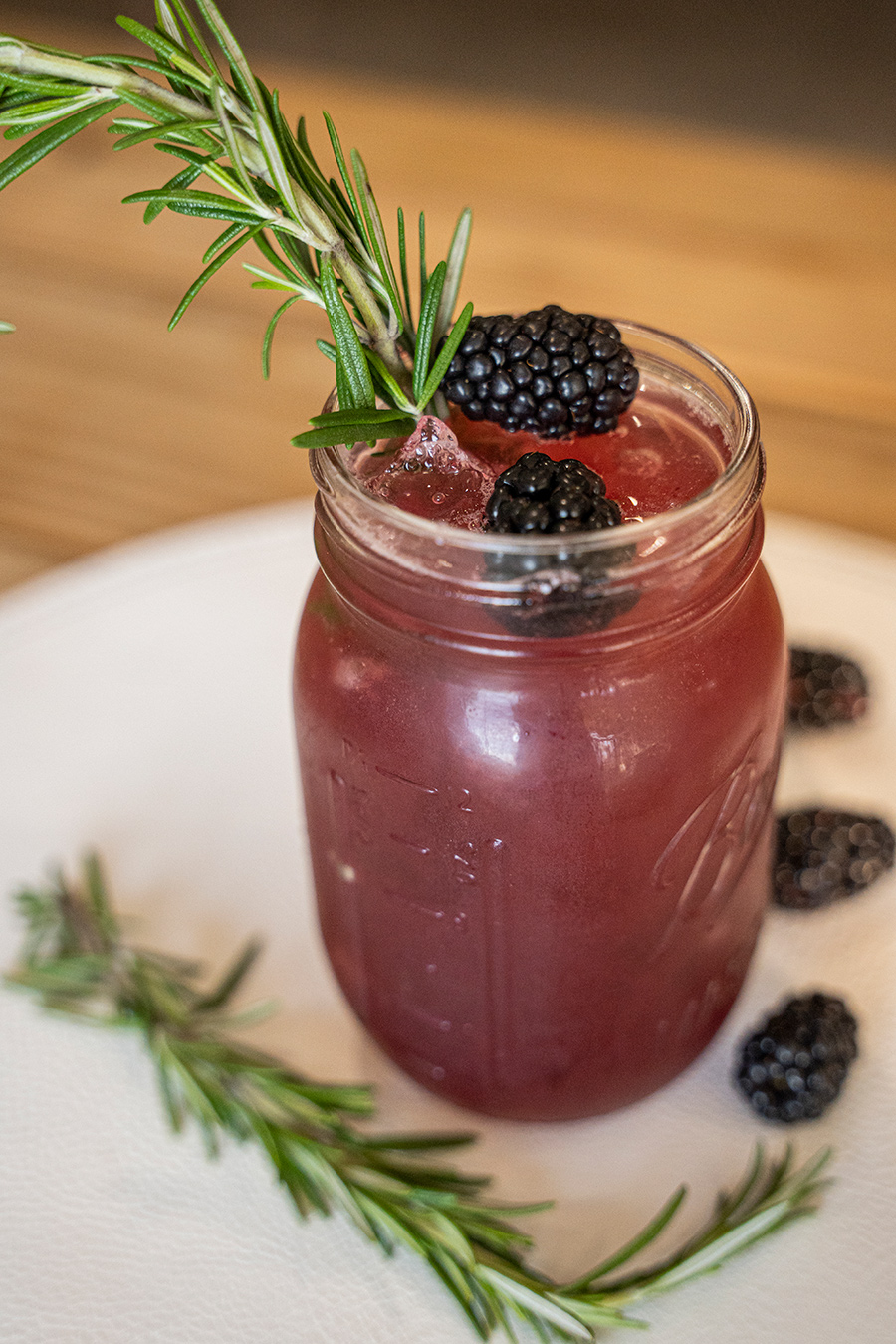 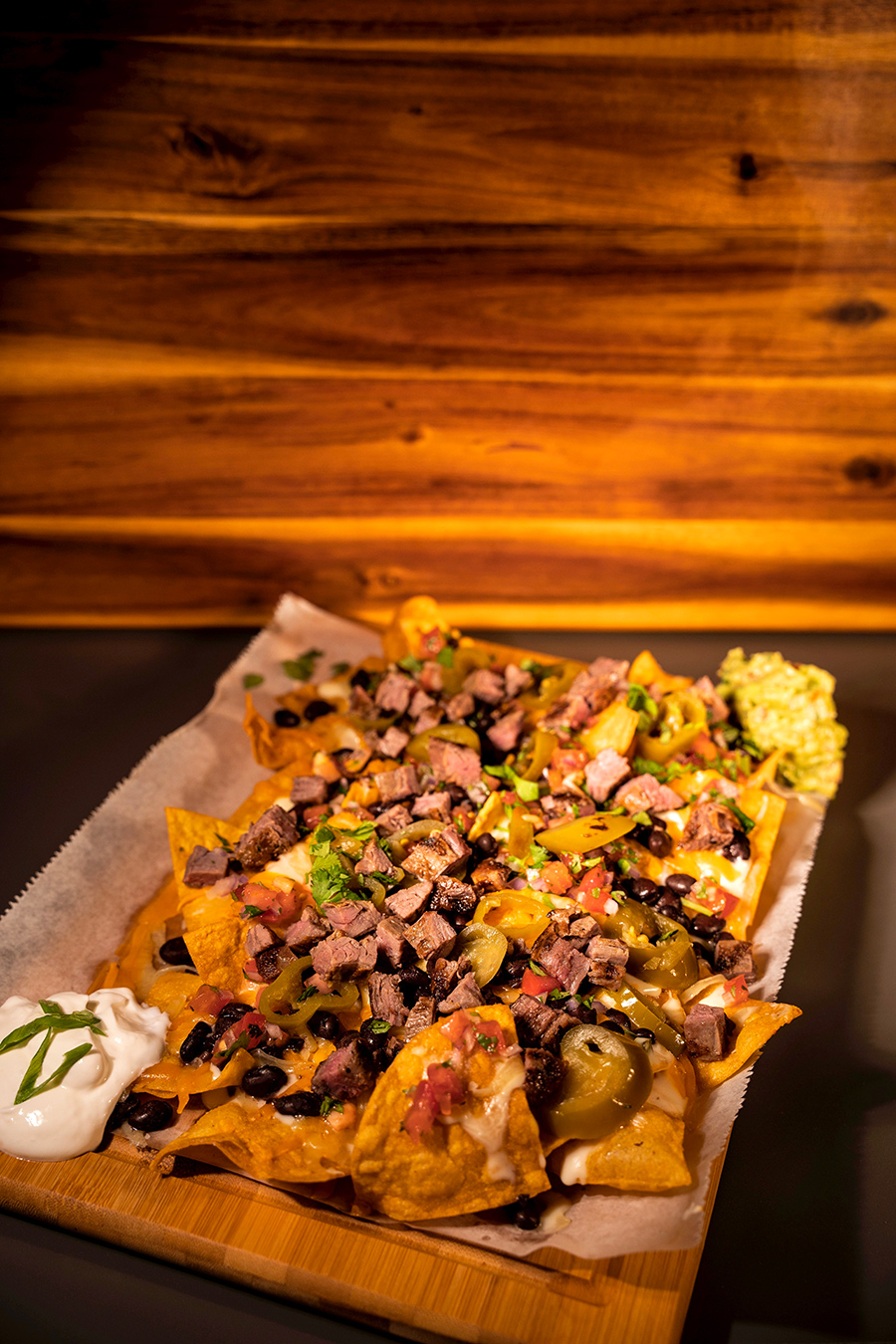 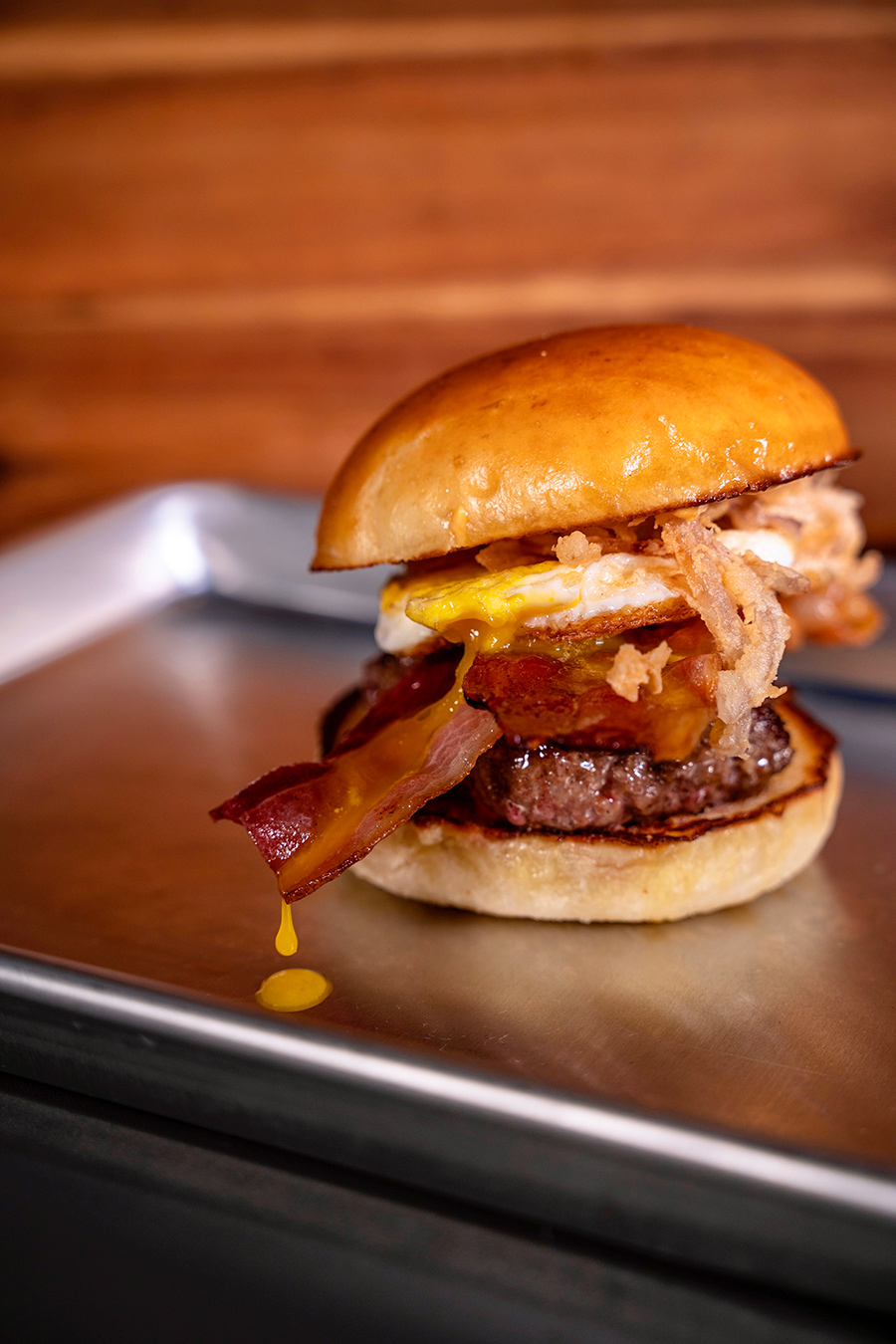 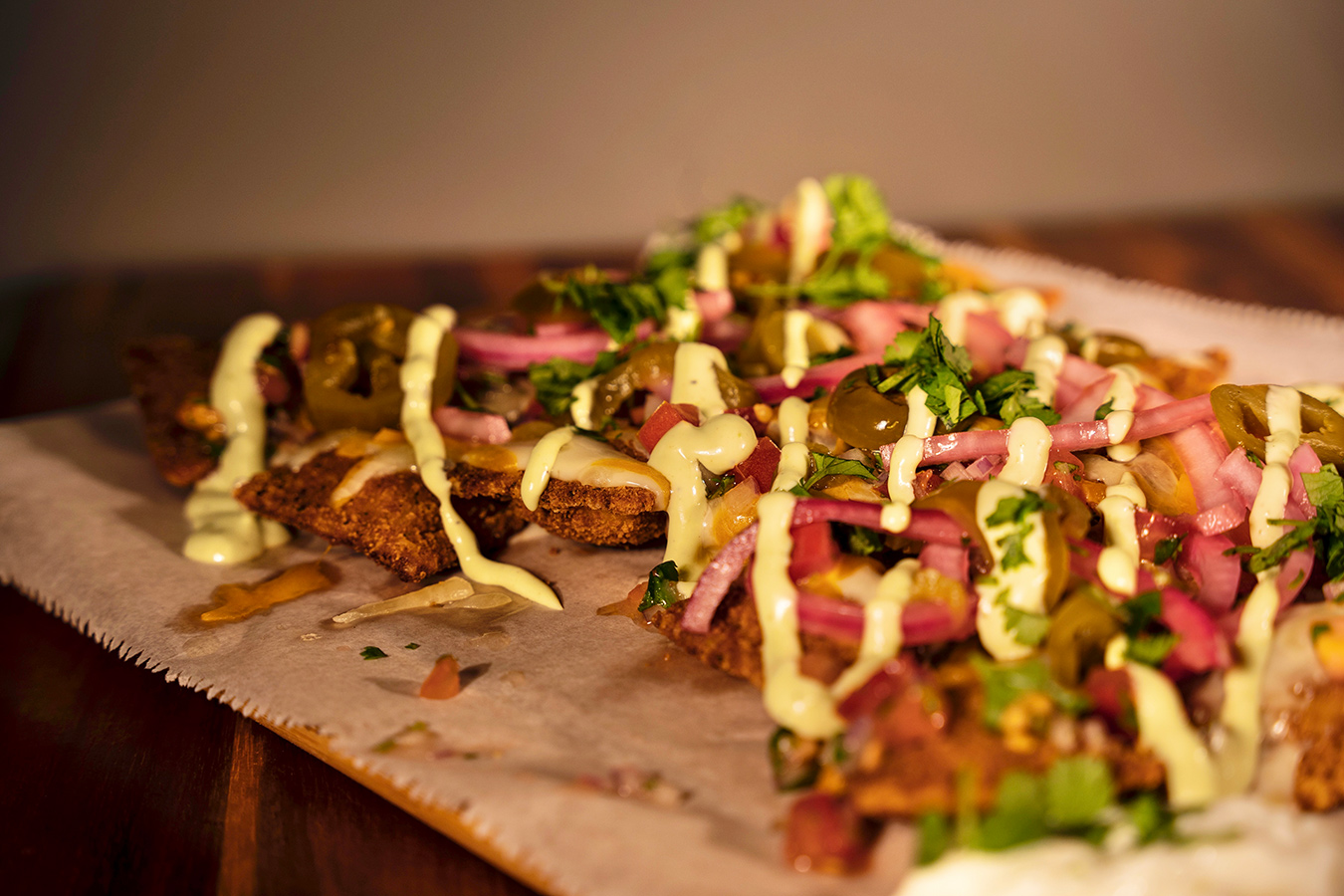