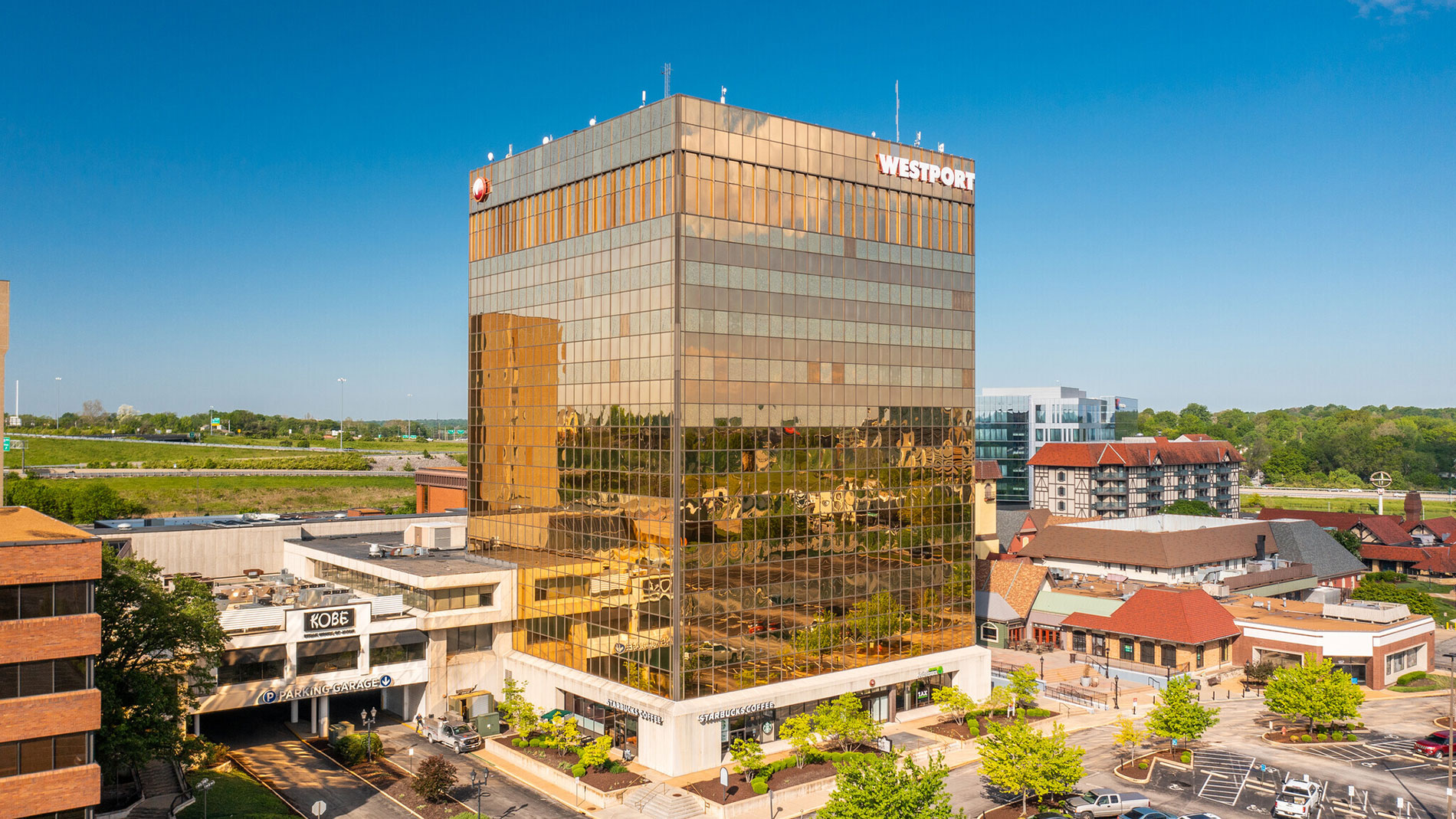 Another wave of redevelopment is coming to Westport Plaza courtesy of owners Lodging Hospitality Management (LHM), and the group has big plans for the space. The mixed-use development will comprise office spaces, including the new headquarters of Rawlings Sporting Goods, 255 apartments, two new restaurants and a 22,000-square-foot outdoor space for midday office breaks, as well as concerts.

Another spinoff concept, Three Sixty Westport, will join Soda Fountain Express in December 2023. Three Sixty Westport will take after its predecessor and namesake, Three Sixty Downtown, a rooftop bar also owned by LHM. Not quite a rooftop itself, Westport’s 12th-floor bar will embrace the modern, open-air feel that Three Sixty Downtown cultivates, with floor-to-ceiling glass windows and lounge seating throughout the 14,000-square-foot space. Plans for food and beverage offerings include upscale small plates and a loaded cocktail menu reminiscent of Three Sixty Downtown, with the same culinary team helming menu creation and design. The space features impressive views of the surrounding campus and Trainwreck Saloon below, allowing guests to enjoy their drinks and bites with a view.

“When we first bought Westport Plaza in 2012, there were some longstanding retailers that made it tough to get new entrants in,” O’Loughlin added. “We realized if we wanted to build out a campus with all the amenities that we envisioned for the space, we’d have to do concepts on our own. That’s what inspired us to do Westport Social, and this new development just seemed like a natural next step.”

Though most plans are in place, O’Loughlin indicated that there is still more to come for the space; proposals for some unoccupied spaces are still in flux, but the development group aims to have plans conceptualized by mid-year next year. Despite its size and scale, he noted that LHM takes pride in staying true to its St. Louis roots in the Westport development. “Westport is almost entirely conceptualized, owned, run and occupied by St. Louisians. Even some of our bigger tenants have roots in St. Louis. It truly showcases all that the city has to offer.”