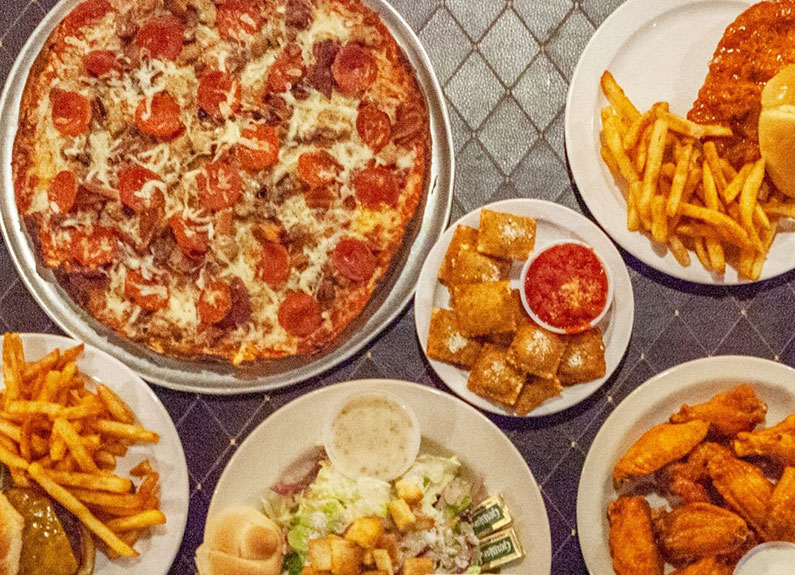 Lalo’s Grill & Pizza opened in Maryland Heights last month, as reported by St. Louis Magazine. Located at 12527 Bennington Place, in the former Balducci’s restaurant space, Lalo’s hopes to set its own path in terms of food while preserving the charming hominess of the old Balducci’s atmosphere.

Lalo’s plans to focus more on the grill aspect of their menu, offering an assortment of burgers, sandwiches and melts. Co-owner Randy McDonald takes pride in the care put into making Lalo’s burgers, stating how “the meat is always cooked to temperature with no weight, so the juices get locked in.” McDonald also highlights the chipotle chicken melt, a sourdough sandwich with grilled chicken breast, cheddar, bacon, tomato and chipotle ranch sauce. Still, Lalo’s will carry on Balducci’s pizza legacy. Lalo’s pizza comes either as a 10-inch or 14-inch pie, and toppings can be customized or chosen from six preset options. In particular, McDonald highlights the deluxe pizza, which comes decked out with sausage, pepperoni, onion, mushroom, green pepper and olive, as well as their house signature pizza sauce.

“It can be intimidating setting up a restaurant here in the same space as Balducci’s,” admits McDonald. “A lot of people come in with memories of Balducci’s. Several people have told me they had their first date here.” Indeed, situated in a basement, the interior’s wood paneling, dim LED lighting and cozy atmosphere provide a fitting backdrop for both a first date or fun night out with friends. But McDonald is confident in Lalo’s vision of merging the old and new. To accommodate the changes, the 3,000-square-foot interior was slightly shifted to add on a bigger grill and reshuffle the kitchen space and seating for nearly 100. McDonald also plans to personalize the space with St. Louis-themed decorations and photographs of their own as they settle in.

In the next few months, McDonald plans on adding wraps to their menu and also envisions a food truck for their restaurant. In the meantime, McDonald is also busy running LA Taco Cantina, a Mexican restaurant in Maryland Heights. The two restaurants are both operated by the same trio: Randy McDonald, and brothers Miguel and Lalo Rodriguez, the latter of which is the namesake for Lalo’s Grill & Pizza. The trio have worked together for over 10 years in several restaurant settings, and all three share the same passion for their restaurants.