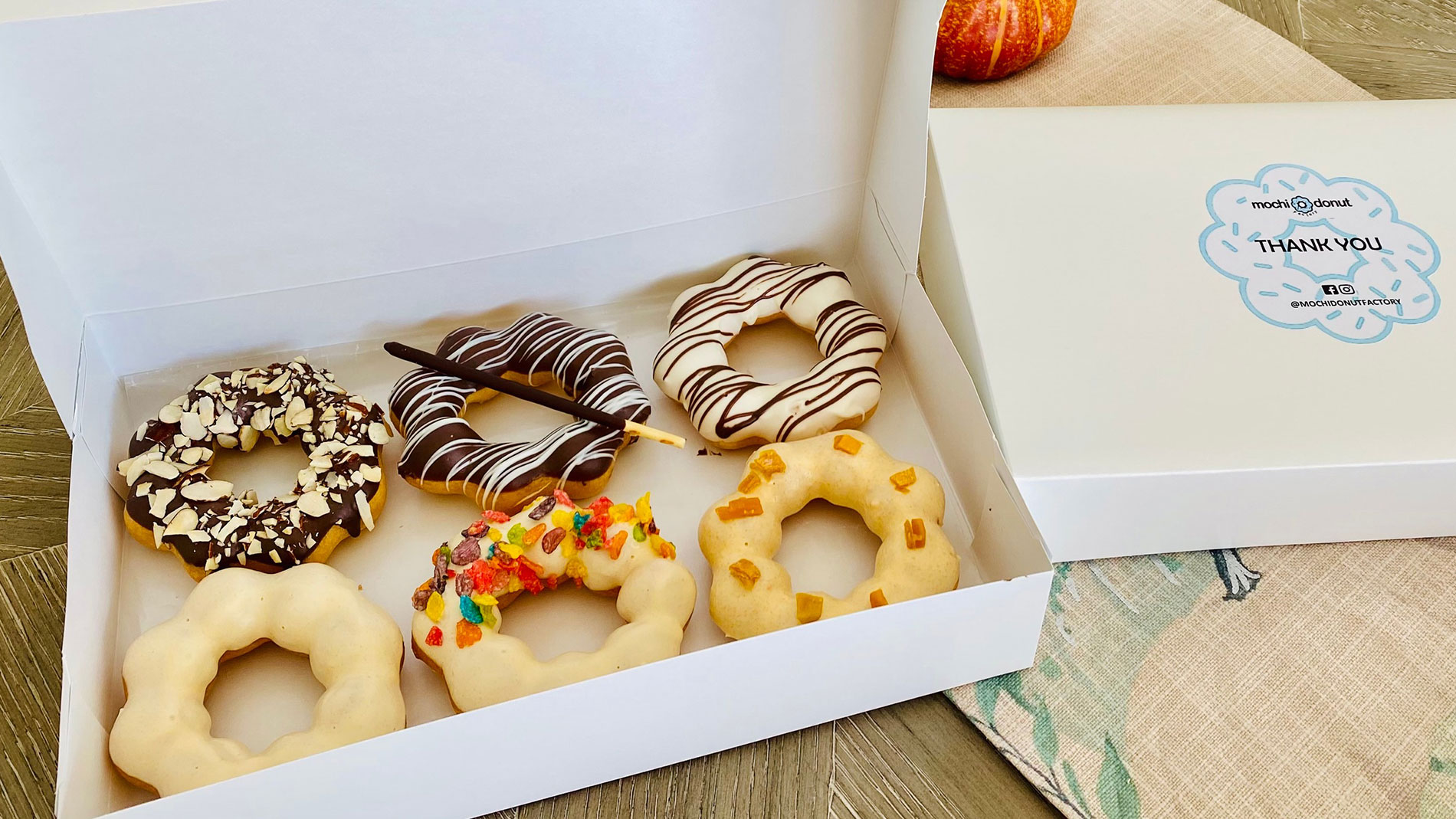 Mochi doughnuts, a fusion dessert of Japanese mochi (a type of rice cake) and the classic fried doughnut, were first popularized in Hawaii in the early ’90s and then spread through the U.S.

“My husband has a background working in the food industry as a general manager of Popeye’s and Panda Express, so he wanted to open a food business to support our kids’ education … and give them a better future,” describes co-owner Jaen Henson.

She explained that her husband and co-owner Carlo Henson’s cousin tried mochi doughnuts for the first time in California last year. When he came back to St. Louis, he told Carlo about them, and Carlo soon began experimenting with his own recipe, which took a few months to perfect.

Mochi Donut Factory’s doughnuts are made from a combination of glutinous rice flour and tapioca flour, which gives the doughnuts their signature soft, chewy interior and crisp exterior. From there, the doughnuts are then coated with a variety of flavors. Mochi Donut Factory sells nine signature flavors, as well as a few flavors that rotate. Jaen Henson hopes to highlight both traditional Asian and popular American flavors. Her personal favorite is chocolate mixed with taro (a slightly sweet purple root vegetable), which was inspired by her go-to bubble tea flavor, but other popular flavors include plain chocolate and churro, which was inspired by her daughter Caeli Henson’s love for baking churros at home. They are always open to new flavor suggestions and are excited to bring in themed doughnuts for special occasions such as Halloween.

“We want to make sure that we’re running smoothly first, but then we have a lot of fun ideas planned,” said Jaen Henson. They’re planning on introducing mochi waffles, mochi corn dogs and bubble tea to the menu in a few months. Jaen Henson also loves interacting with her customers, especially the kids. She’s looking into potentially hosting birthday party events for children so they can come in and decorate their own mochi doughnuts.

Currently, the doughnuts are only available at the Ellisville storefront; however, they should become available at other area businesses in the coming months. Orders can be placed in person at the location in Ellisville, where bright colors, comfortable seating for 18 and fun music make the 1,900-square-foot store a friendly environment. There are also pre-ordering options available for larger orders by phone at 636-422-1401 or email.