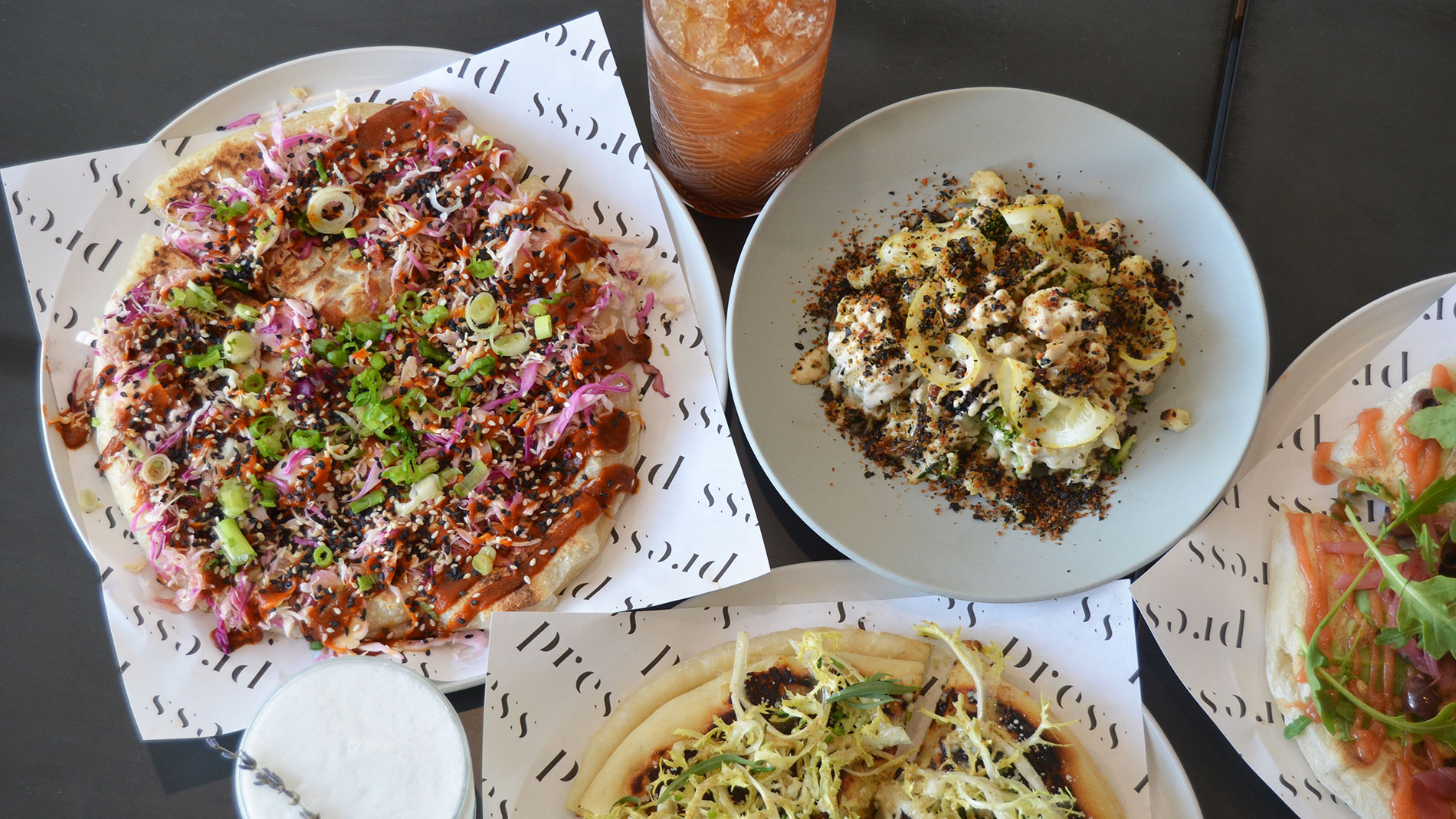 The Press team created and developed the smash pizza concept over the past year, following their instinct as they translated their original idea into a restaurant. “It’s essentially a pizza dough that’s stuffed and pressed, or smashed, and then topped with more ingredients,” Ely said. “We had the opportunity here, we had a fun idea, and we just kind of made it up as we went along.”

Executive chef Donn Hinkle played a key role in that process. Hinkle moved to St. Louis from California in 2020, arriving at The Lucky Accomplice after a stint at Katie’s Pizza & Pasta Osteria. “We went through lots and lots of getting it right,” he said of creating the menu. “Even the past couple of days we’ve been tweaking stuff, but I think we're really on the right path now, so I'm pretty happy.”

Ely is fully aware that not everyone will “get” what the Press team is doing – and he’s not losing any sleep over that. “I'm sure there will be traditionalists that are like ‘this isn’t pizza,’” he said. “But that's how we operate. I think it’s fun; I think it’s a cool idea.”

Aside from smash pizzas, the menu at Press is limited to a few sides, including lobster thermidor served in a can, and a bonito and brassica Caesar salad that features white anchovy, pickled lemon and umami crisp. Ely said the restrained selection suits him, at least for now. “We're still kind of figuring this out, so we just wanted to focus on a smaller menu,” he said. “We'll add stuff as we go.”

The bar pours 10 cocktails on draft, including two nitro cocktails. Busch Light is the sole beer on tap. On the fizzier side are the Melon, which Corey Moszer compared to a traditional highball, and the sangria, which features some mild carbonation thanks to the addition of kombucha. The Italian Soda includes amaro, bourbon, sweet vermouth and ginger – ideal for these late days of summer. If you prefer your drinks still, Moszer points to the Wisconsin OF. Moszer’s brandy-enhanced take on the Wisconsin Old-Fashioned uses the cherry-orange spice shrub from Heirloom Bottling Co. in place of the traditional recipe’s muddled cherry and orange. Press also offers two non-alcoholic cocktails on tap, an elderberry drink built around NA tequila, and an NA gin-based strawberry cocktail.

Moszer said the draft cocktails combine elegance with speed of service. “It’s been a fun sandbox to play in for sure,” he said. “You can’t use citrus, you have to get creative with that. You can’t do anything that’s too thick or that would gum up the lines, so it’s finding substitutes for citrus, it’s finding things that brighten up cocktails like shrubs or acidulants.”

The Press team, including Ely and business partners Brian Schuman and Moszer, have pulled long days working not only on the food and drinks, but also building out the space. “It's been insane to see how the space has developed the past couple of weeks, because I feel like two or three weeks ago we were still sanding and drywalling,” said Moszer. Key features of the inviting design include globe lighting, wooden banquette seating and artwork by local artist Jason Spencer, a.k.a. Killer Napkins. The restaurant seats about 30 diners, with eight tables, four stools at a counter in the front window and a further nine stools at the bar.

Press is open from 5 to 11 p.m. Thursday to Monday. Pickup orders can also be placed online. 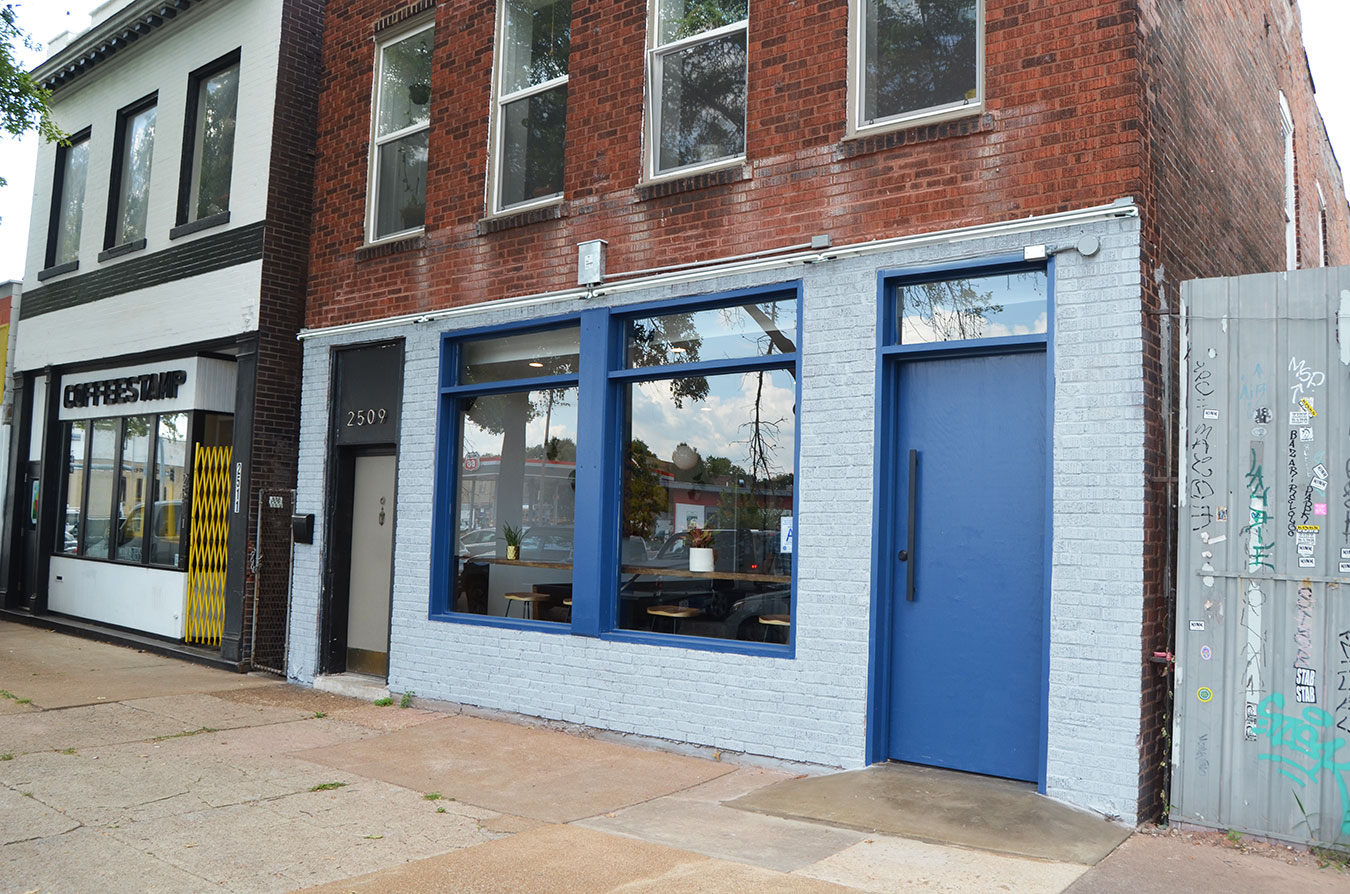 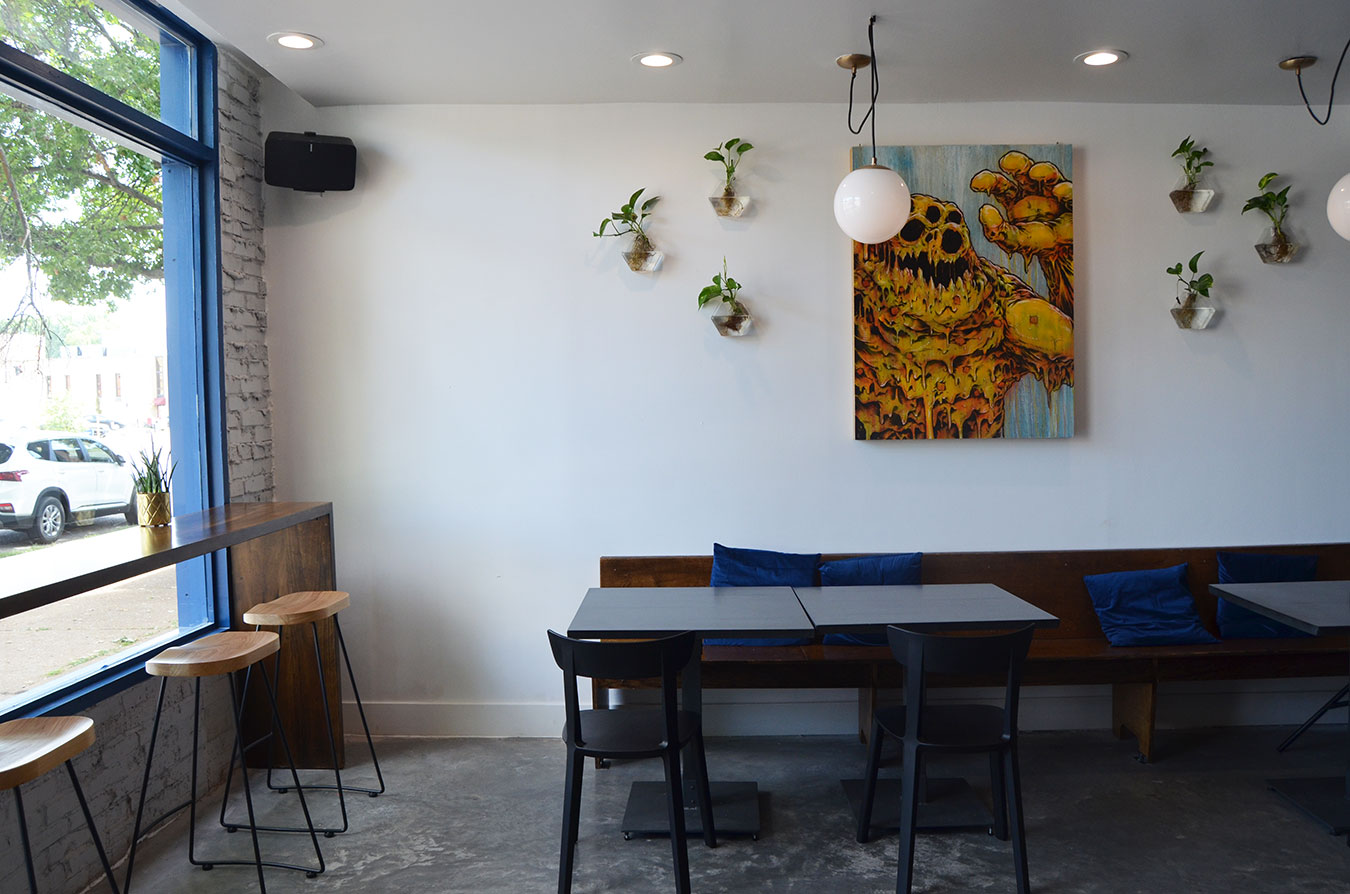 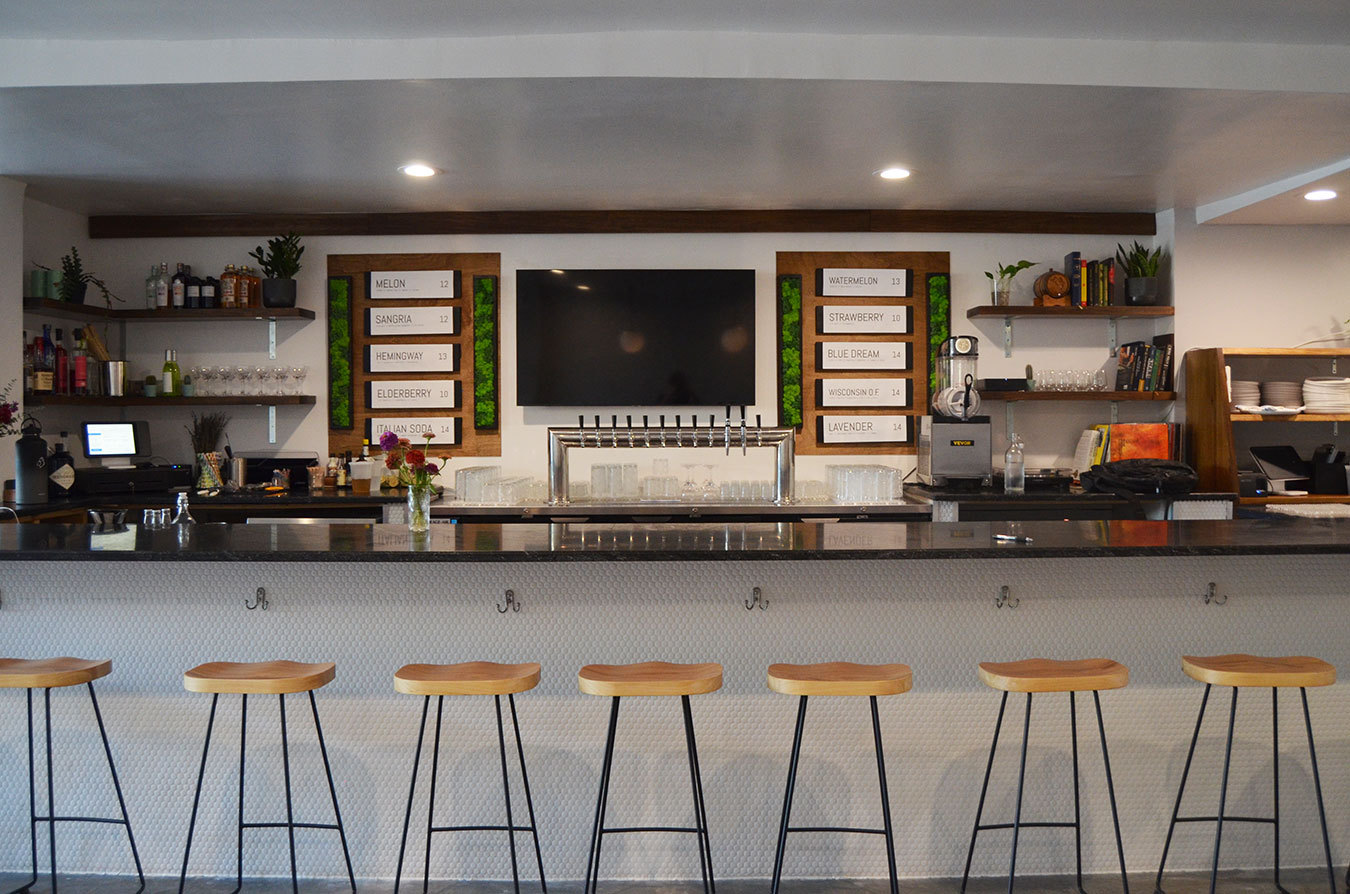 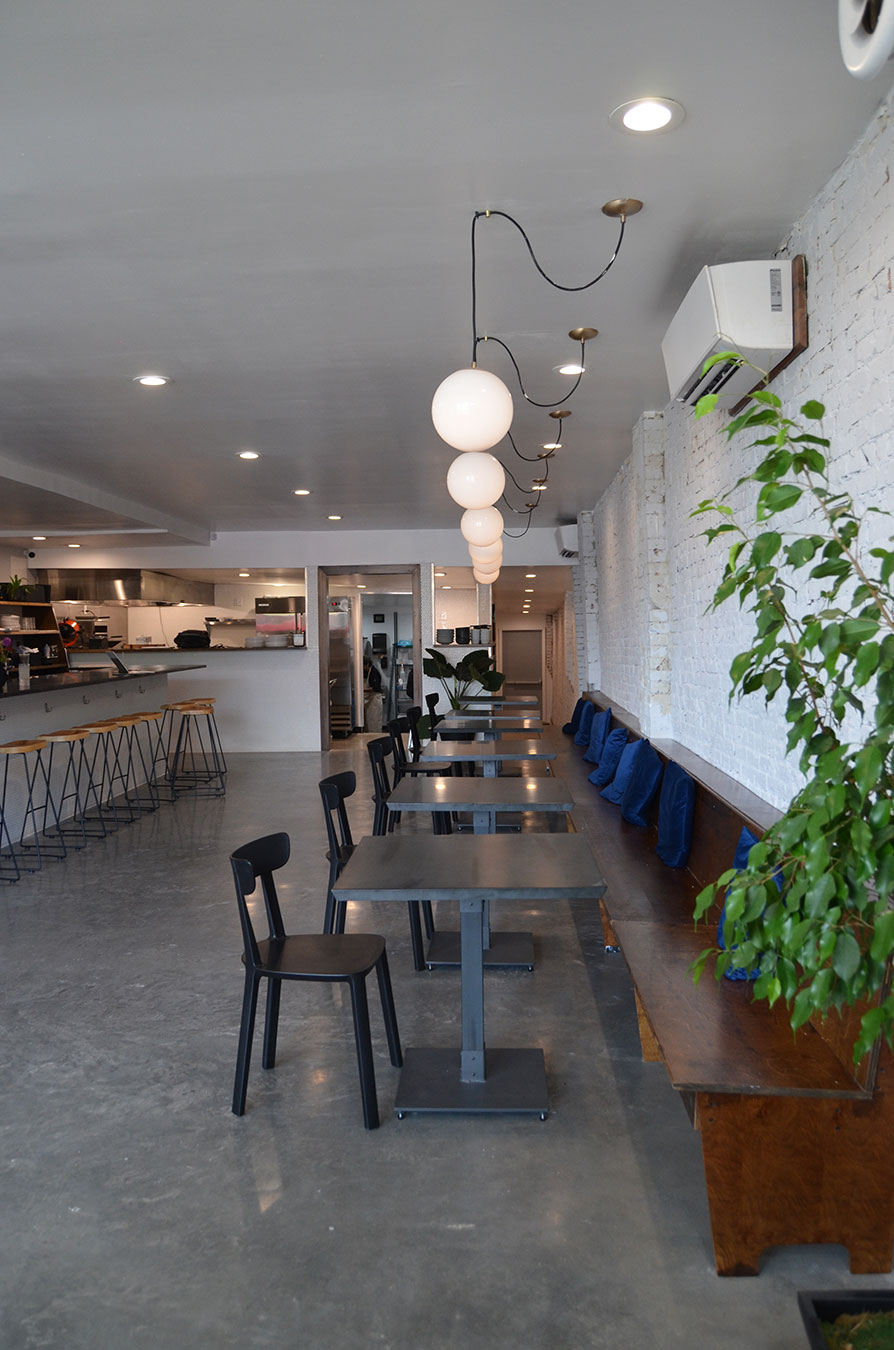 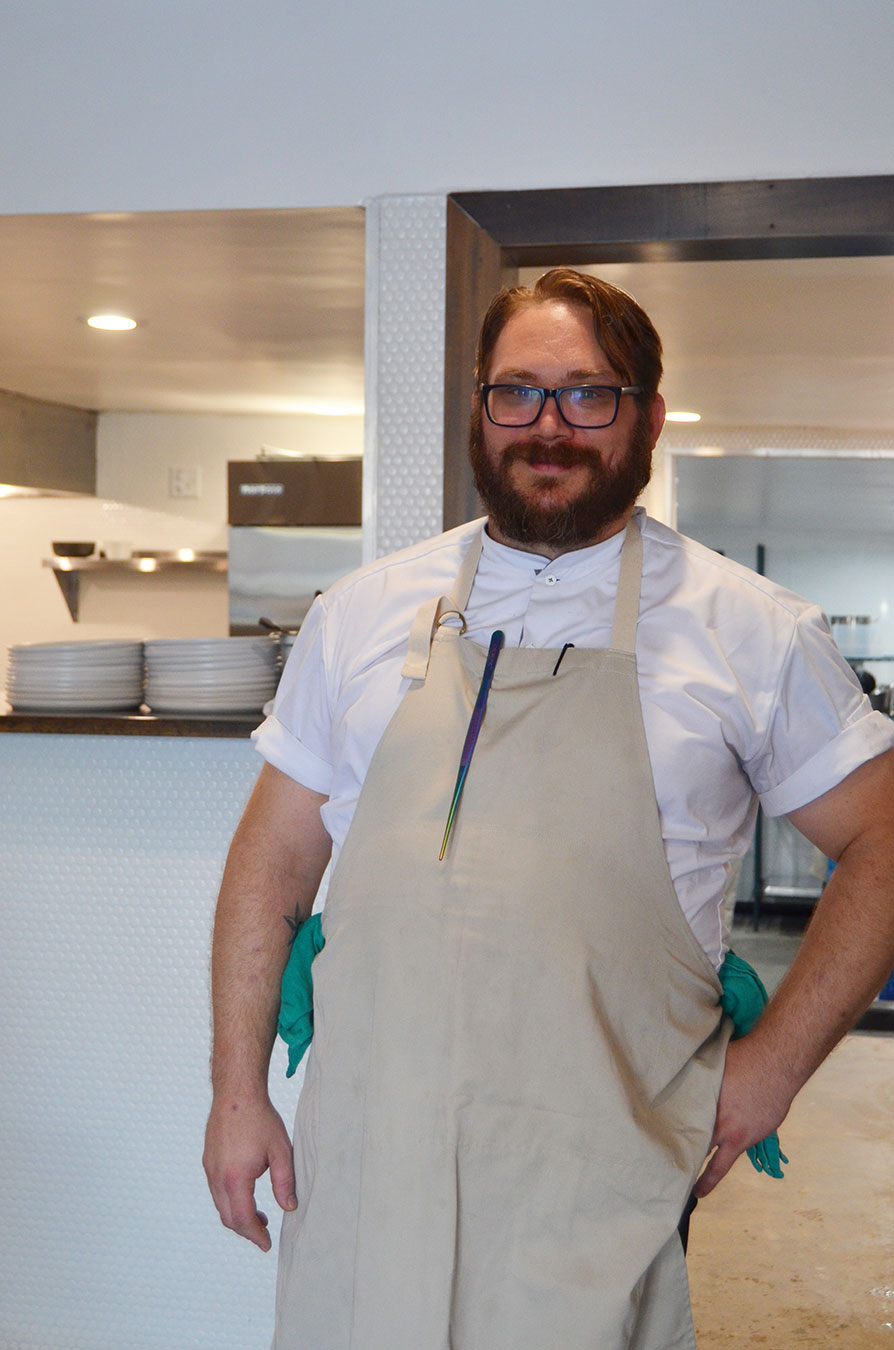 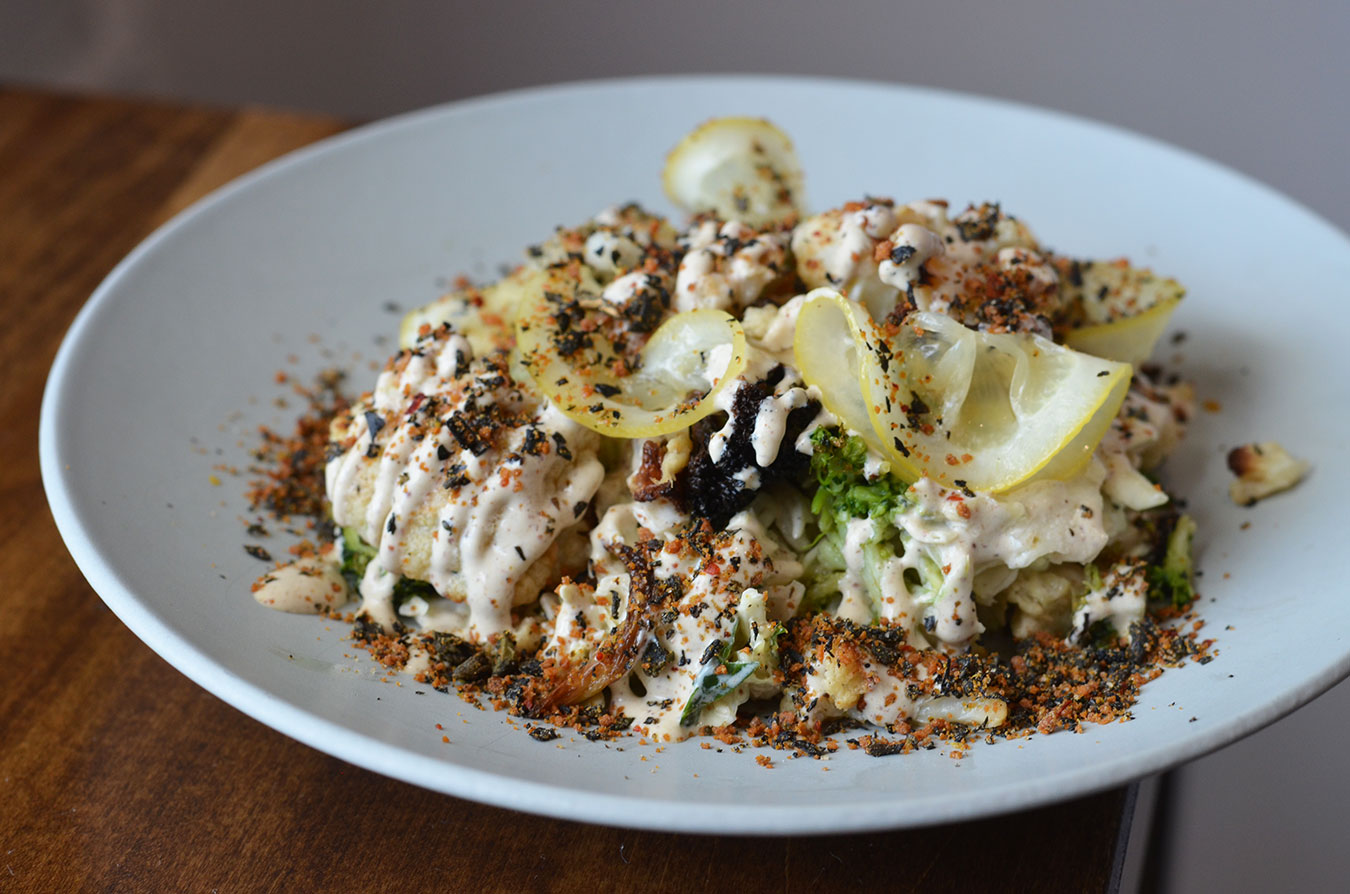 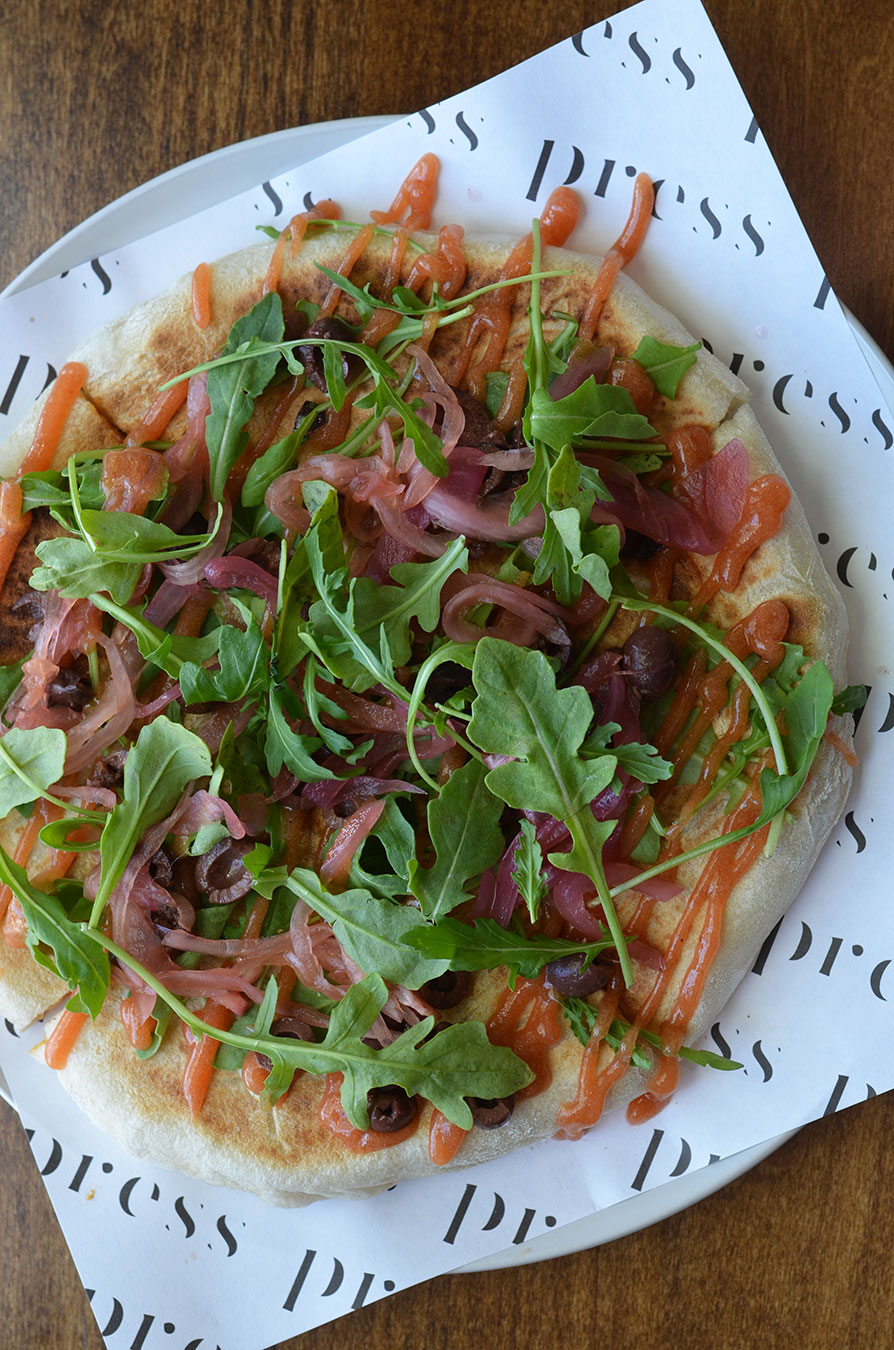 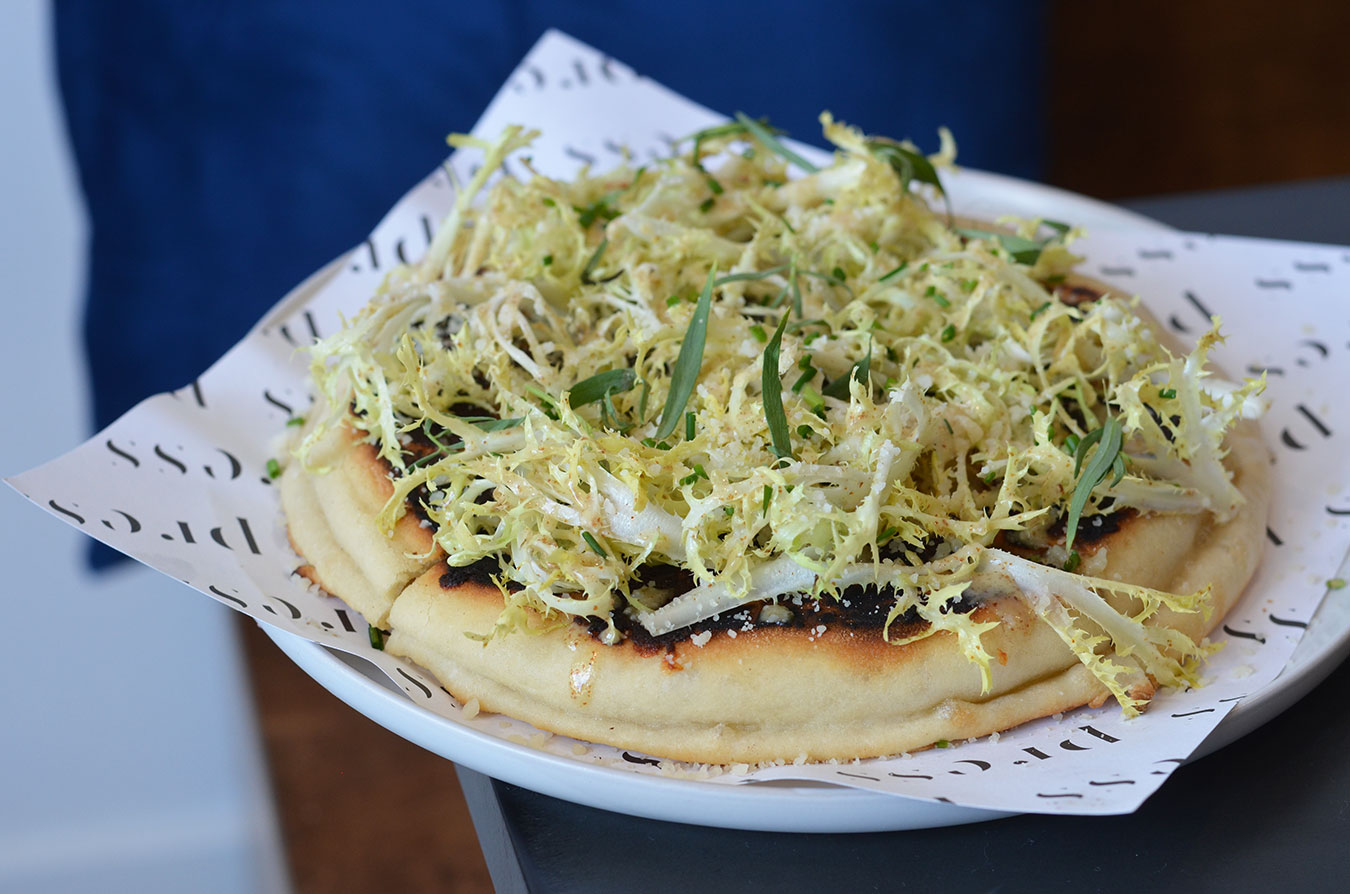 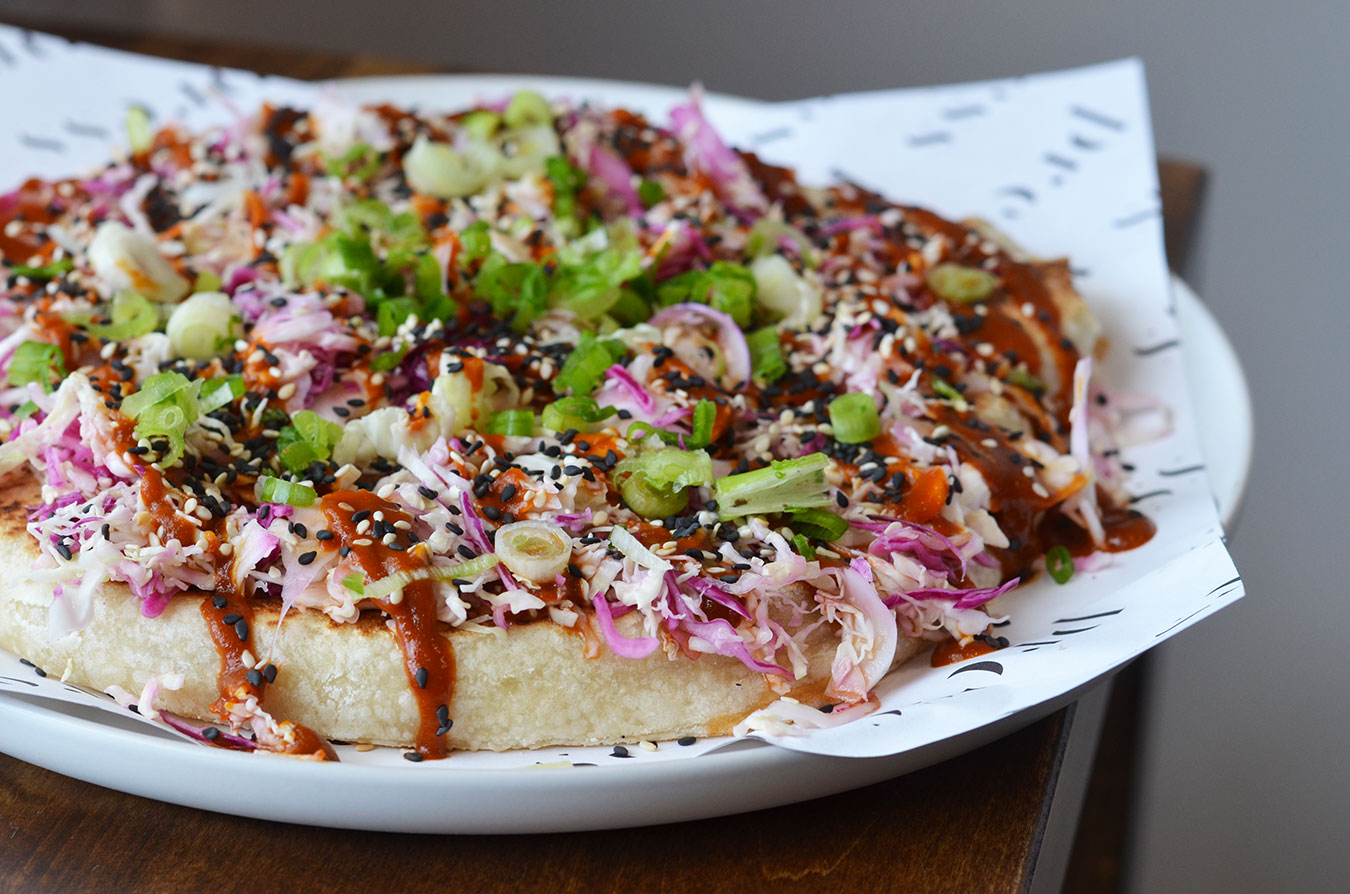 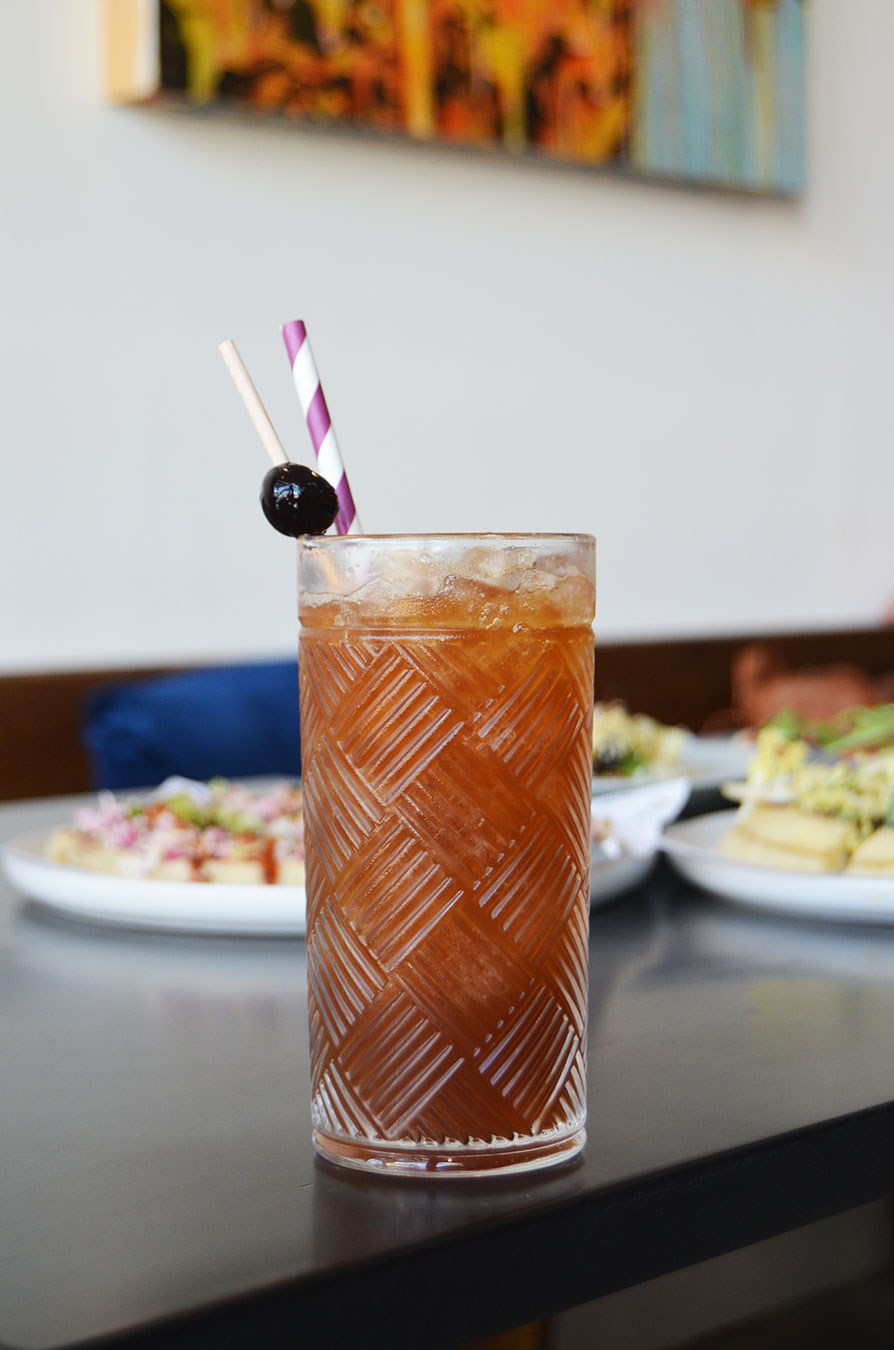 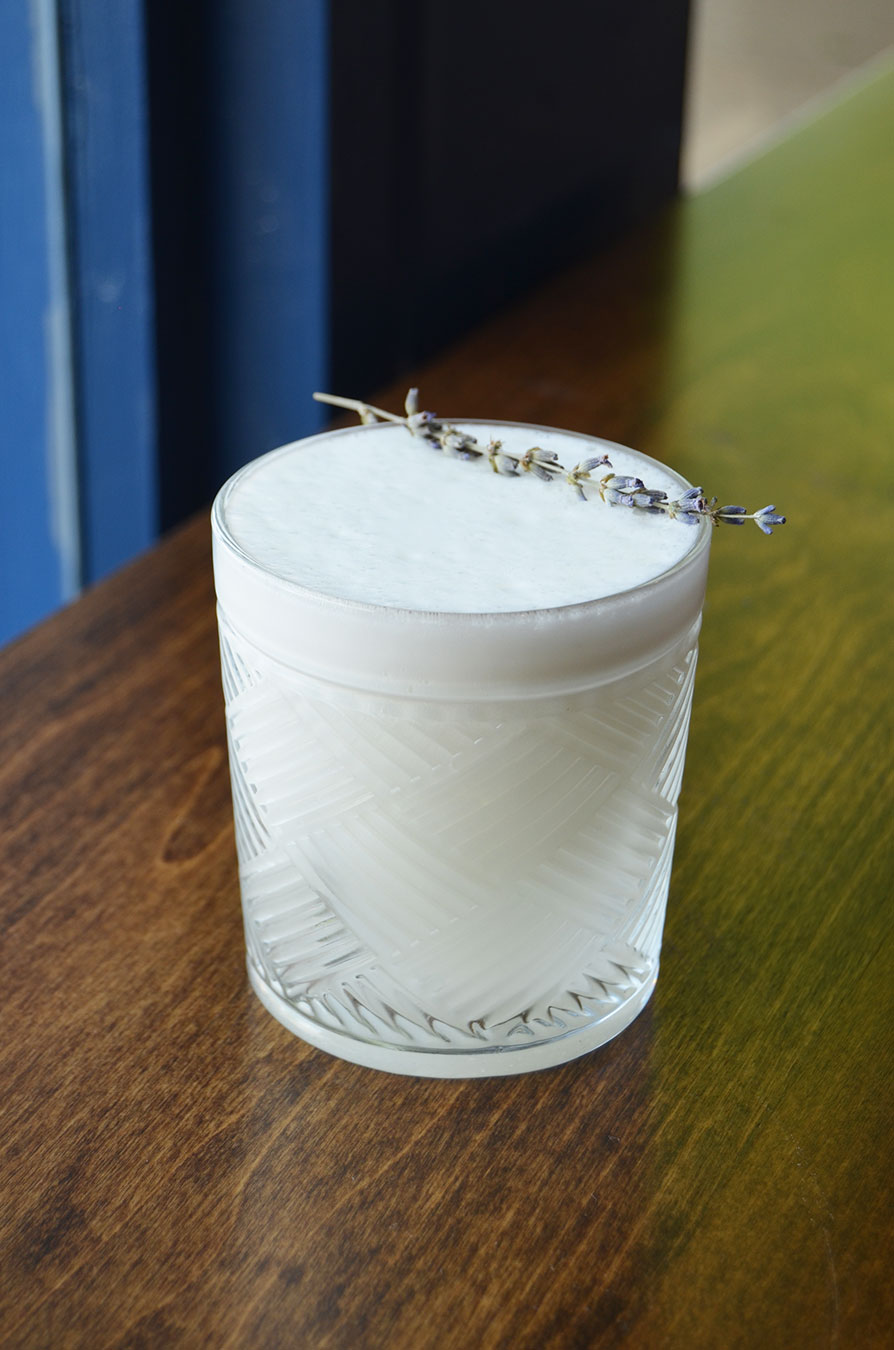