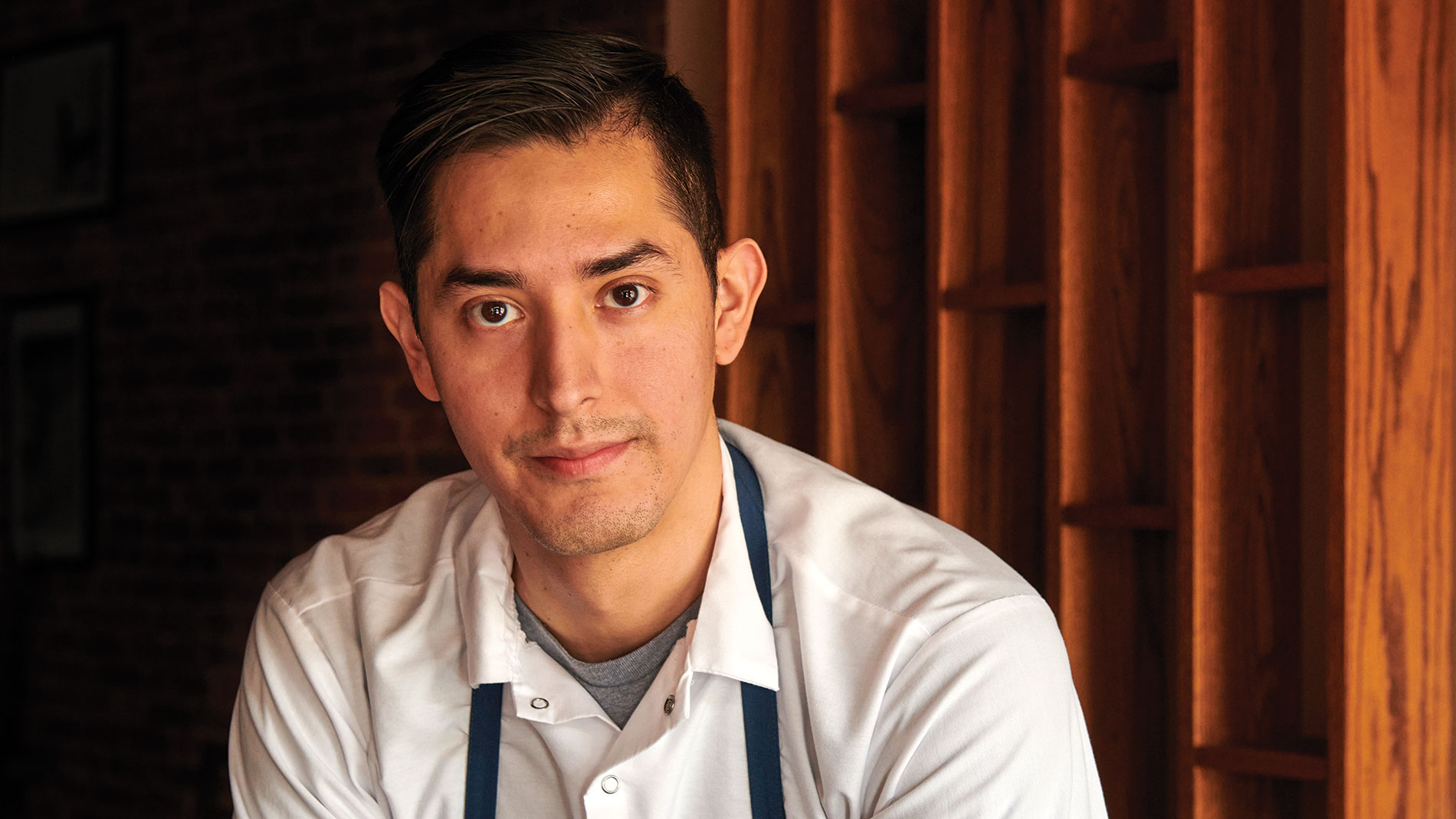 Drinkers at Perennial Artisan Ales will be able to enjoy a new food concept this September, with Sanguchitos by Brasas moving into the kitchen at the South City brewery at 8125 Michigan Ave. Sanguchitos by Brasas is the latest concept from Andrew Cisneros, chef-owner of St. Charles-based Peruvian restaurant Jalea.

Cisneros, who was named among Sauce’s Ones to Watch for 2021, originally developed his sanguchitos (“little sandwiches”) for Jalea’s menu. After trying a few different types of bread, Cisneros settled on using pandesal, a Filipino, semi-sweet yeast roll he had eaten while visiting his wife’s family in the Philippines. In terms of size, pandesal is similar to a Hawaiian roll, though the two differ when it comes to flavor. Starting out with a sanguchito de cangrejo – essentially a take on a crab roll – Cisneros built out a selection of sanguchitos at Jalea which have become a hit at the restaurant and will continue to be served.

The menu at Sanguchitos by Brasas will overlap somewhat with the sanguchito selection at Jalea, though there will be some distinctions between the two. The menu at Perennial will feature a smoked chicken salad sanguchito that will draw inspiration from the Peruvian rotisserie chicken (pollo a la brasas) Cisneros showcased with his Brasas pop-up. Another option will be a spin on choripan, a chorizo sandwich popular in Peru and a number of other South American countries. “It’ll be a chicken and pork chorizo with smoked mozzarella and then a tomato sauce,” Cisneros said, adding that a vegetarian take on that sanguchito is also in the works. A pork belly sanguchito takes its cues from the Peruvian pan con chicharron, a pork belly sandwich served with an onion relish called salsa criolla. The sanguchitos will be served with plantain chips and different flavors of potato chips – herb salted, Peruvian spiced – on the side.

The move to Perennial deepens an existing collaborative relationship between Cisneros and the craft brewery’s co-founder and brewmaster, Phil Wymore. Perennial recently created Waska, a Peruvian-inspired lager using heirloom quinoa, for Jalea. “I reached out to Phil because we’re unable to source Peruvian beers at Jalea,” Cisneros said. “I remember Phil mentioning traveling to Peru and inquired to see if it was possible to brew something similar or even better.”

This summer, Cisneros has hosted a series of rotisserie chicken pop-ups on Sundays at Perennial. That sowed the seeds for Cisneros to pitch Sanguchitos by Brasas to Phil Wymore, along with his co-founder, Emily Wymore. “I don’t think they thought twice about it,” Cisneros said. “I think they were just excited to hear that I was interested in having food there five days a week.” For Cisneros’ part, Sanguchitos by Brasas will bring a long-held ambition to life. “I’ve always wanted to work at a brewery with food, to pair food with beer,” he said.

Sanguchitos by Brasas will be open during Perennial’s normal business hours, though the kitchen will close an hour or so before last orders at the bar. After the kitchen closes, a grab-and-go menu will be available offering bar snacks from Jalea’s kitchen – Peruvian popcorn, for example – as well as baked goods from Liz’s Filipino Desserts. Orders will initially be online only, with customers scanning a QR code at their tables to view the menu.

Cisneros said Sanguchitos by Brasas will host a couple of pop-ups at Perennial in August, with a view to launching the new concept in early September. Follow Brasas or Perennial Artisan Ales on Instagram for the latest announcements.