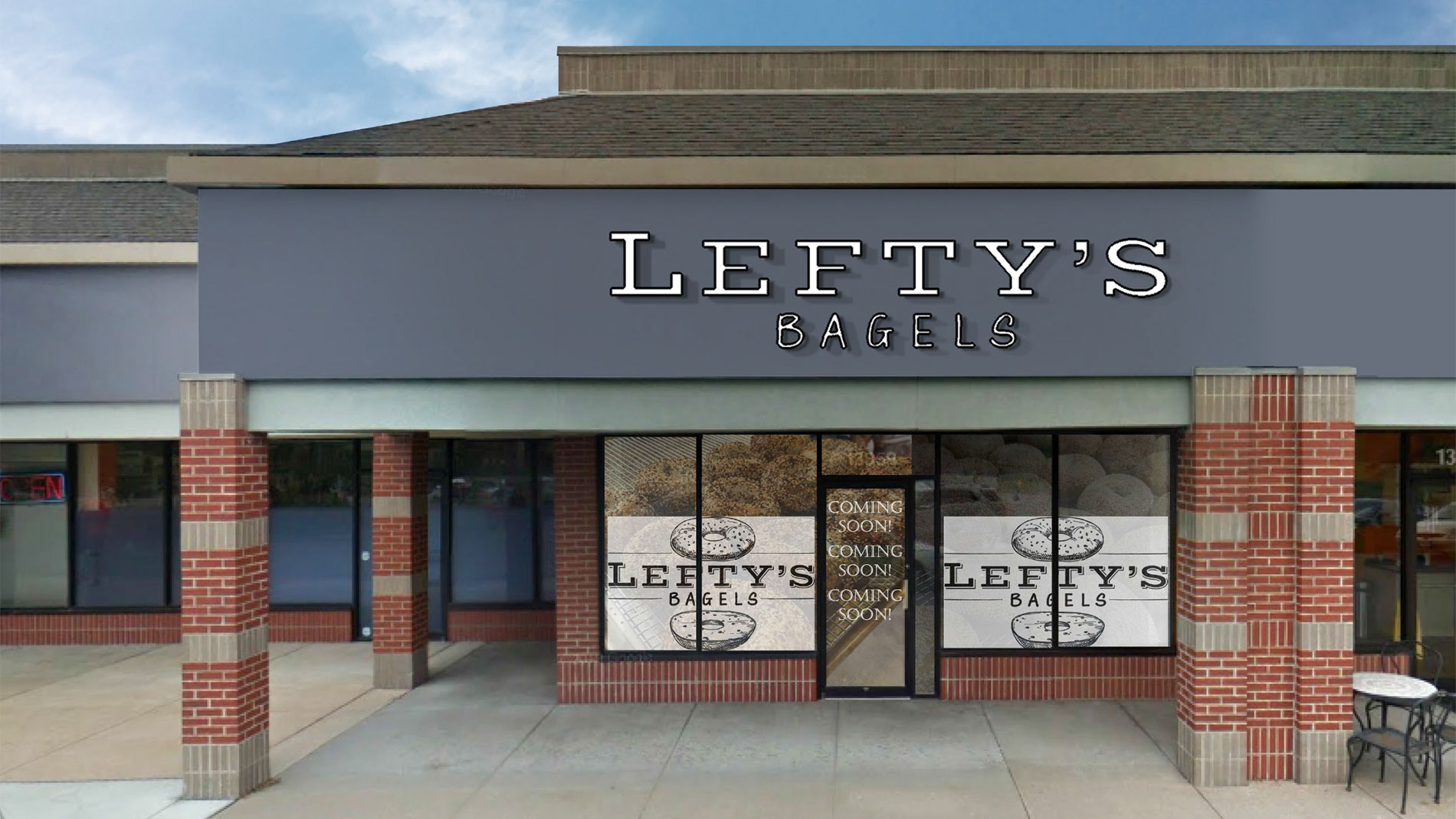 Several years ago, Lefton began making his own bagels after the bagel shop he frequented – Einstein Bros. Bagels – closed. Soon thereafter, he started giving his bagels away to friends and family, sometimes even posting his bagels on social media, and it became clear that his bagels were loved. The positive reception invigorated Lefton’s dream of opening a bagel shop, so he partnered with Goldenberg, not only his brother-in-law but also his best friend, to transform his dream into a reality. Since April 2021, Lefty’s Bagels has called The Trolley Stop Bakery – a co-op where various small businesses sell baked goods at their convenience – its home, enabling Lefton and Goldenberg to continue at their full-time jobs while testing the waters of owning a business.

“Lefty’s is definitely a partnership between Doug and I; there’s a yin-yang relationship here,” Lefton said. “I am a bit of an engineer and creative, he’s a planner and logistics kind of guy who had catering and commercial kitchen experience. [Doug] helps me bring it to reality.”

Now, Lefty’s Bagels is moving onto bigger things by opening its own storefront, which Lefton and Goldenberg decided upon after outgrowing the facility at The Trolley Stop Bakery. At the new location, the pair hopes to take advantage of larger production capabilities and be open six days a week as opposed to one day a week.

“We have people lining up outside of our door, as much as an hour-plus ahead of time [and] are generally selling out of bagels,” Goldenberg said. “As things were evolving, we realized that [we] needed to do something on our own.”

Lefty’s sells a multitude of bagel flavors, some familiar and some a bit more obscure. Traditional bagel flavors include plain, poppy seed, sesame seed, onion, everything and tzitzel, which Lefton describes as “bagel meets English muffin.” There’s also a half-and-half bagel where one half is dipped in poppy seeds and the other half is dipped in sesame seeds. The pair also takes pride in their swirl bagels, in which the dough is rolled to enhance flavor bursts within the swirl. Some variations include cinnamon-raisin, chocolate chip with a chocolate syrup swirl and blueberry. There’s also a bagel with six cheeses mixed into the dough and then baked on top of the dough.


Most notably, the bagels are New York-style bagels, entailing a different production process than bread-style bagels one might find at a local grocery store. The bagels are fermented overnight to develop flavor and boiled in a mixture of malt syrup and water before being baked. Moreover, Lefty’s will put their bagels to use in various breakfast and lunch-style sandwiches with fresh fish, deli meat and cheeses – or a “micro deli,” as Lefton puts it. As for drinks, Lefton’s cousin and co-founder of Kaldi’s Coffee, Howard Lerner, will be the consultant for the coffee selection at Lefty’s Bagels.

The space, which is just shy of 1700 square feet, will be built from ground up for the purpose of bagel production. There will be plenty of seats indoors, as well as possibly some outdoor seating, though details have yet to be confirmed. Blackline STL is designing the space. The space will exude traditional New York City bagel shop and deli vibes, according to Lefton. “We want people to feel like they’ve stepped back in time in a big city, old world bagel shop, but with a modern take,” he said. In addition, there will be an open-concept kitchen that allows guests to see the bagel-making process with the boiling and baking stations front and center.

Hours will be 7 a.m. to 2 p.m. Tuesday through Sunday. Lefton and Goldenberg anticipate hosting a grand opening event, with more details to come on social media.

“There’s something different about handcrafted and freshly baked,” Lefton said. “That’s a different experience than a commissary bagel that got trucked in. We really want to bring [New York-style bagels] to a bigger audience.”

For those looking to get their hands on some Lefty’s Bagels prior to the brick-and-mortar opening, it’s imperative to arrive at The Trolley Stop Bakery before 9 a.m. when Lefty’s opens as the business typically sells out within an hour, according to Lefton.