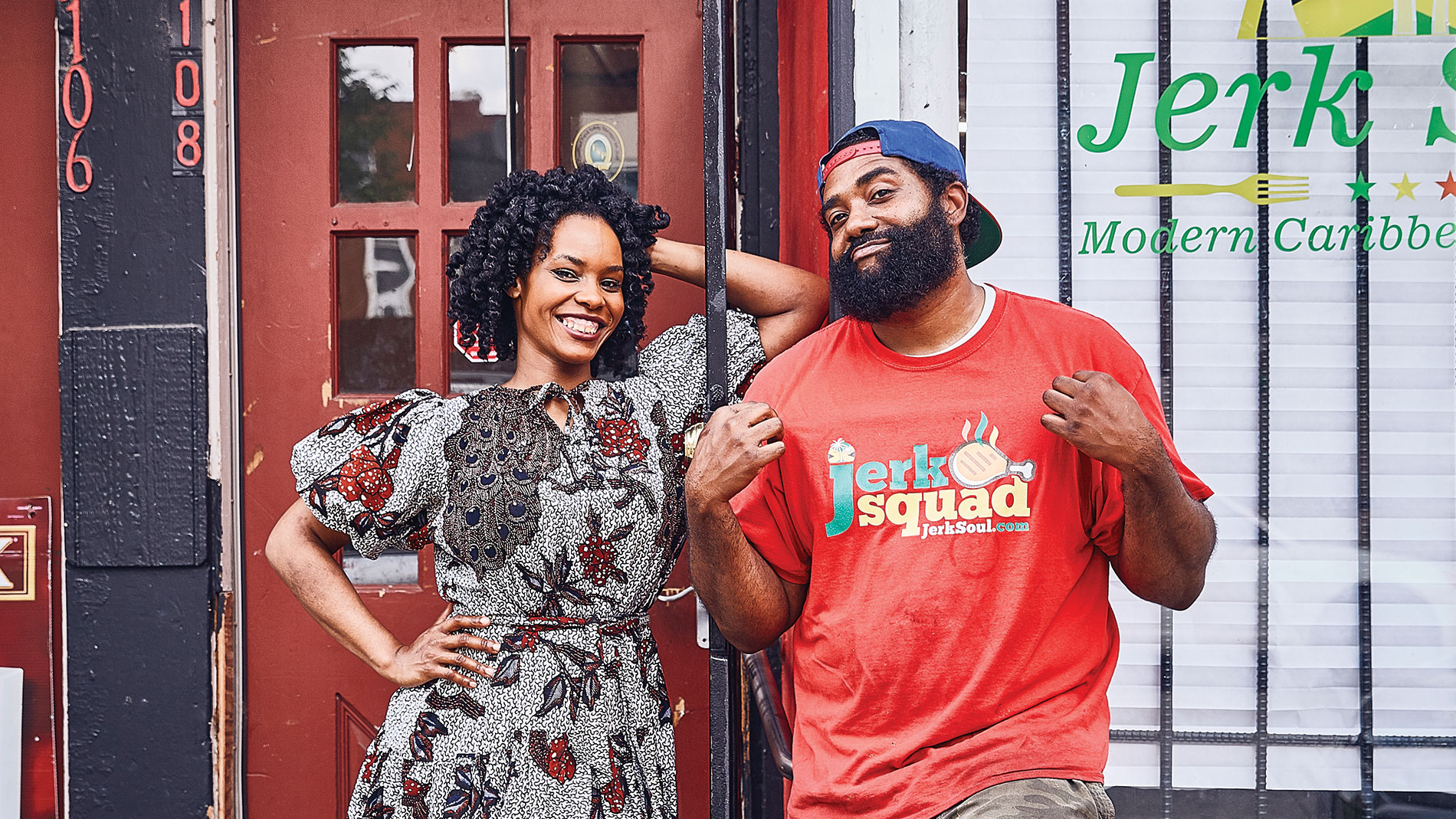 Editor's note: After this story published, we learned that Trevoy Woods, Telie Woods' cousin and the family member Telie refers to in this article as operating Jerk Soul in his absence, continues to operate the restaurant at 3108 Cherokee St. under a new name, Jerk Unlimited. Jerk Unlimited is essentially serving the Jerk Soul menu, although Trevoy Woods plans to phase out some items and double down on traditional Caribbean food.

Jerk Soul has closed at 3108 Cherokee St., ending a four-year run that saw the Caribbean restaurant begin life in Hyde Park before a move to South City in 2019.

The restaurant’s closure comes almost one year after owner Telie Woods decided to relocate to Accra, Ghana. Woods, who opened Jerk Soul with Zahra Spencer in April 2018, had hoped he could keep the St. Louis restaurant open in his absence, but ultimately he decided to close when Jerk Soul’s lease expired on May 31. “I pretty much left it in the hands of a family member, so he's been running Jerk Soul St. Louis for almost the past year,” he said. “My desire was to continue to have a location in St. Louis, but I really wasn’t trying to come back to America, so over the past year that has been a dilemma for me.

“I was hoping to figure out a way to continue to keep Jerk Soul there for the citizens of St. Louis, because I feel like Jerk Soul belongs to St. Louis,” he continued. “It grew wings of its own, and it became a staple in the city, so I was like, I gotta figure out how to keep this thing in St. Louis. But, you know, it didn't turn out that way.”

Woods said the response to the announcement has been overwhelming. People were sad St. Louis was losing Jerk Soul, he said, but the story of the move to Ghana resonated. “So many messages saying, ‘Man, this is so motivational, I remember when you guys were just a small carryout and to see where you are now in just a couple years is really motivating me to level up my life,’” Woods said. “Folks that had already been interested in repatriating, they're asking us how can I do the same thing, what steps do I need to take.”

While the St. Louis chapter is over for Jerk Soul, a new story is beginning for the restaurant in Ghana. When Woods left town, he told friends he was “retiring.” They were less than convinced. “Nobody believed me when I said that,” he said. “And they were right.”

Woods’ entrepreneurial impulses kicked in, as he looked around and saw opportunities all around. In particular, he saw a large community of people who, like him, were missing the diversity of food they enjoyed at home. Jerk Soul had a new mission. He found a space on the rooftop of a new mall in Accra, with a stunning view of the Aburi mountains, and opened the new Jerk Soul on March 7. The menu is almost identical to what Jerk Soul offered in St. Louis, but the new space has a bar and plenty of seating, where the St. Louis locations relied on takeout service.

Is there any chance of a Jerk Soul revival in St. Louis? For now, it’s certainly farewell, even as the city can be proud of the second act Jerk Soul is now enjoying in West Africa. But then, by Woods’ own admission, he arrived in Africa with no plans to open a restaurant, and that didn’t last too long. Even during our conversation, this restless businessman was talking around the possibilities for a return. “Maybe something like a Jerk Soul Express, a smaller version,” he said. “I'm really just thinking about St. Louis and the people, because they love Jerk Soul. And I really don't want to take it away. But, right now, I don't have any choice.”