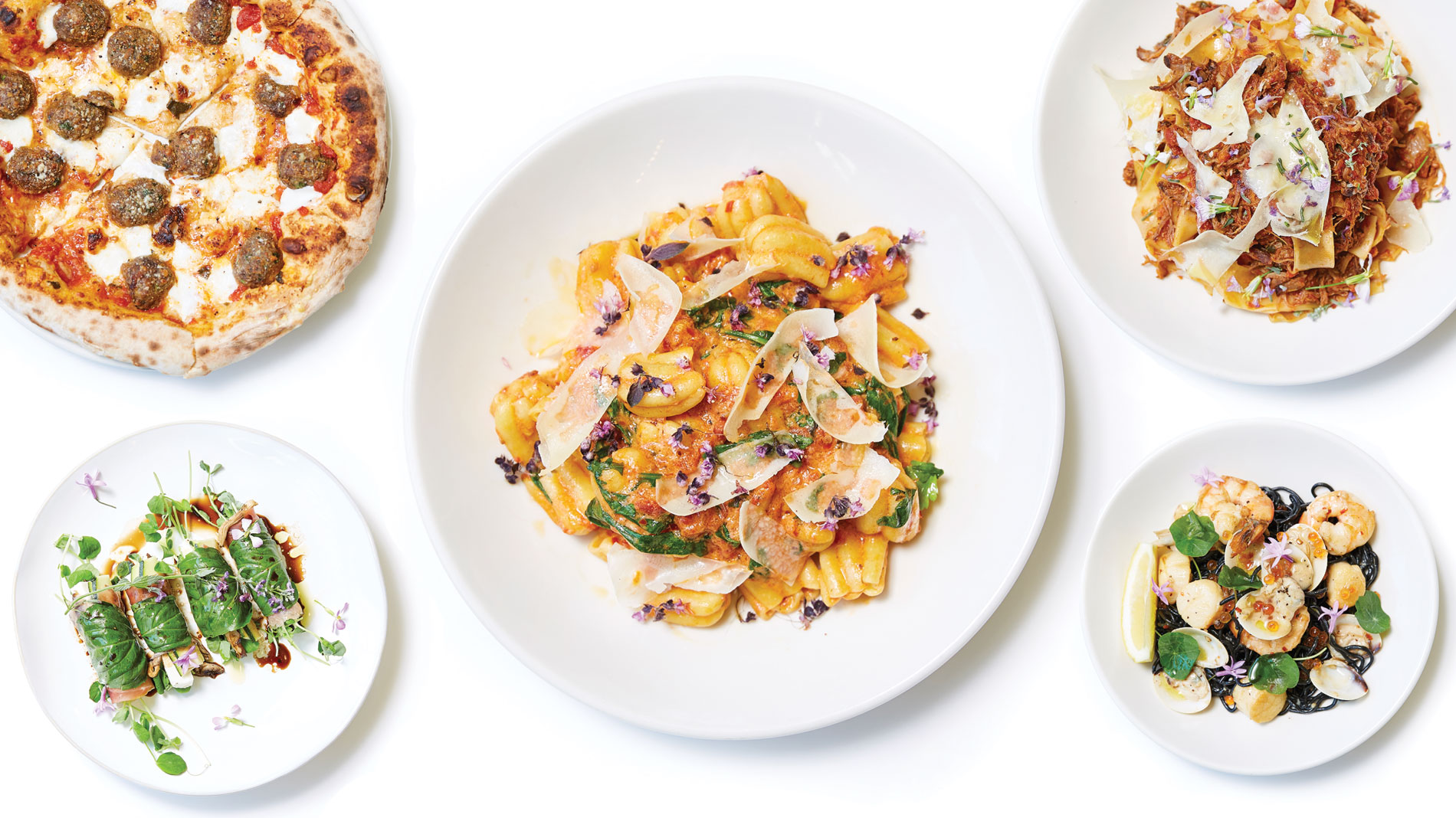 Katie’s Pizza & Pasta Osteria is heading to Ballpark Village. The restaurant, owned by Katie and Ted Collier, will open its third location opposite Gate 4 of Busch Stadium in early 2023, in time for the Cardinals’ opening day festivities.

The new restaurant will be Katie’s largest to date, stretching out at almost 10,000 square feet. The kitchen will include a pasta-making station and wood-fired grill, while the venue will also incorporate a patio, private events space and an in-house market selling to-go items.

Architects and designers Tao + Lee are signed on to create the design for the new space, with Spiegelglass Construction on board to handle the buildout. According to a press release announcing the Ballpark Village location, the design would reflect “a contemporary yet accessible aesthetic that is consistent with Katie’s Pizza & Pasta’s Rock Hill and Town & Country locations.” The restaurant will also feature art by Ted Collier and Katie Collier’s mother, Belinda Lee.

Katie Collier said the opportunity fulfilled a long-held ambition to open a place in the city of St. Louis. “We've been wanting to expand for years, but with Covid we couldn't, we had to just survive and we pivoted to frozen,” she said. “We thought we'd explore growing again, and this opportunity came out of the blue and we couldn't believe it. … It's just an unbelievable iconic space.”

Collier said that the extra space at the Ballpark Village will allow her and executive chef Jake Sanderson to execute some of the ideas they’ve never had the opportunity to test at the existing Katie’s location. “We just didn't have the equipment to do it, or the space, because we do everything from scratch and we like to do everything in a very authentic, traditional way.”

For instance, the wood-fired grill will enable the new restaurant to expand the Katie’s menu at Ballpark Village with items like steak and seafood, as well as grilled vegetables with a pleasant char. “We haven't been able to do a lot of proteins, because there's just nothing better than doing it on the grill,” Collier said, emphasizing that the overall experience should remain casual and fun. “When you think of steak and seafood, you think of a steakhouse, really fancy and formal,” she said. “We want to change that.”

The pasta-making station will be set behind glass to give customers an up-close view of handmade pasta-making. “We might as well let everyone see that and how special it is, so that's going to be really exciting to be able to show that to our guests,” Collier said.

A large bar will add to the atmosphere and provide a focal point for Cardinals fans, as well as fans of other sports. Games will be projected onto the wall, just as other Katie’s locations have for years screened films using a projector.

Meanwhile, the events space will allow Katie’s to open a door that Collier said customers have been knocking on for years. “We get requests for events daily, and we have for years, and we have had to turn them all down or do off-site catering,” she said. “It’s something that people really want from us, so this will be the perfect space.”

Collier said that the goal is to have the Ballpark Village restaurant open by January or February, to allow sufficient time to get operations up to speed in time for opening day 2023.