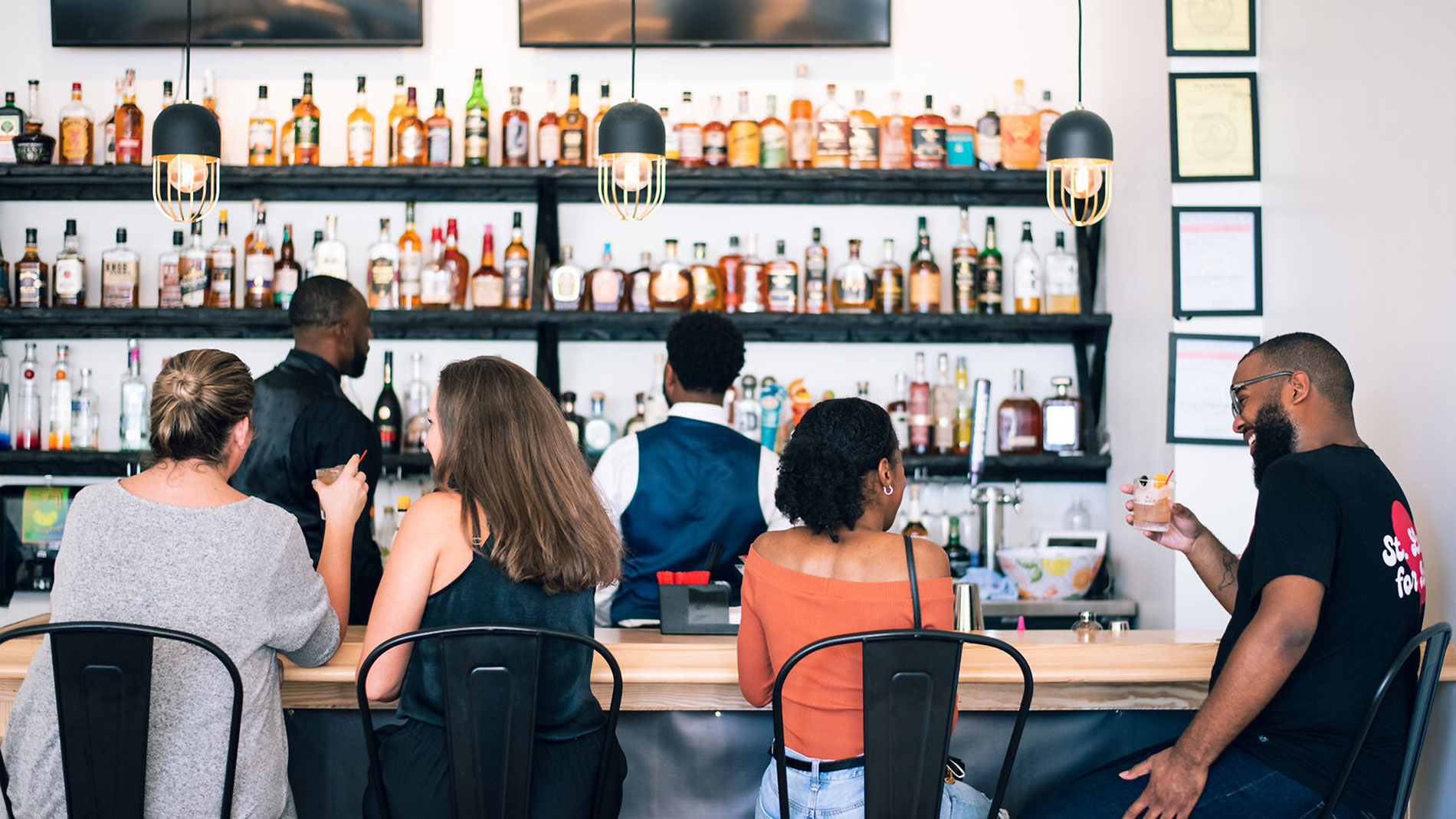 Whiskey lovers, rejoice: St. Louis has a new spot dedicated to the amber-colored spirit. Whisky on Washington, located at 1321 Washington Ave. in downtown St Louis, opened its doors in August. The business has a full bar with an emphasis on whiskeys from all over the world.

Owner David Shanks fell in love with whiskey after traveling Kentucky’s whiskey trail in 2017. Though he’s an educator by trade and currently serves as a school principal, the stories behind each spirit captured his imagination. “It’s a passion for me,” said Shanks.

Whisky on Washington offers a complete bar with liquor, wine, beer and signature cocktails such as the wow-mopolitian, a whiskey twist on the classic Cosmo. But the star of their menu is their whiskey selection, which includes close to two hundred whiskeys from all over the world. Kentucky, Tennessee, Canada, Missouri, Scotland and Japan are just some of the locations where they source their whiskey from. A whiskey club and cocktail classes are also in the works, according to Shanks.

The bar does not offer food, but guests are encouraged to bring take out with them or have food delivered while they sip. “The concept is you bring in food. I try to get people to patronize other businesses on Washington [Ave.],” Shanks said.

Shanks purchased the space in 2018, but renovations and the pandemic delayed the bar’s opening to this year. Finding the right location was a top priority for Shanks. “I found Washington [Ave.] to be one of the places with the most foot traffic, and I wanted this end of it because of the accessibility to parking,” said Shanks. The space is 1,500 square feet and seats just under 50 people. Shanks described the interior as clean and rustic with hardwood floors and an exposed bar.