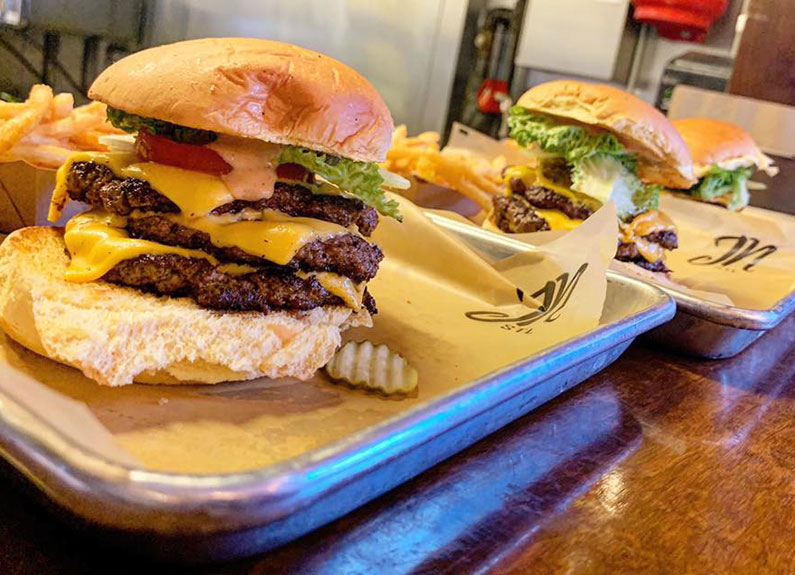 AJ’s Smashed and Smoked, from the owner of Jack Nolen’s, will open in Belleville this fall

The restaurant will open in the previous Jefferson’s space, which Grindstaff used to own before selling it to his mother and brother last year. “They were going to close the doors and there were a lot of employees there and I didn’t want them to lose their jobs,” he explained. “I don’t want Belleville to lose another place, so one Friday night I just said, ‘Let’s do it.’” He came up with the concept for AJ’s Smashed and Smoked on the spot.

So what is AJ’s, and how is it different from Nolen’s? Actually, the two will be pretty similar. “People can expect the same awesome smash burgers from Nolen’s,” Grindstaff assured, adding that smoked hot dogs would be a new feature. Other new items include chili and new specialty fries, like a cheddar-bacon-ranch loaded fries.

Handcrafted cocktails will be a big part of the beverage program, and Grindstaff said that a robust whiskey and bourbon program will be a big draw. Craft and domestic beers will also be on the menu.

AJ’s Smashed and Smoked will be open from Tuesday to Saturday from 11 a.m. to 9 p.m.