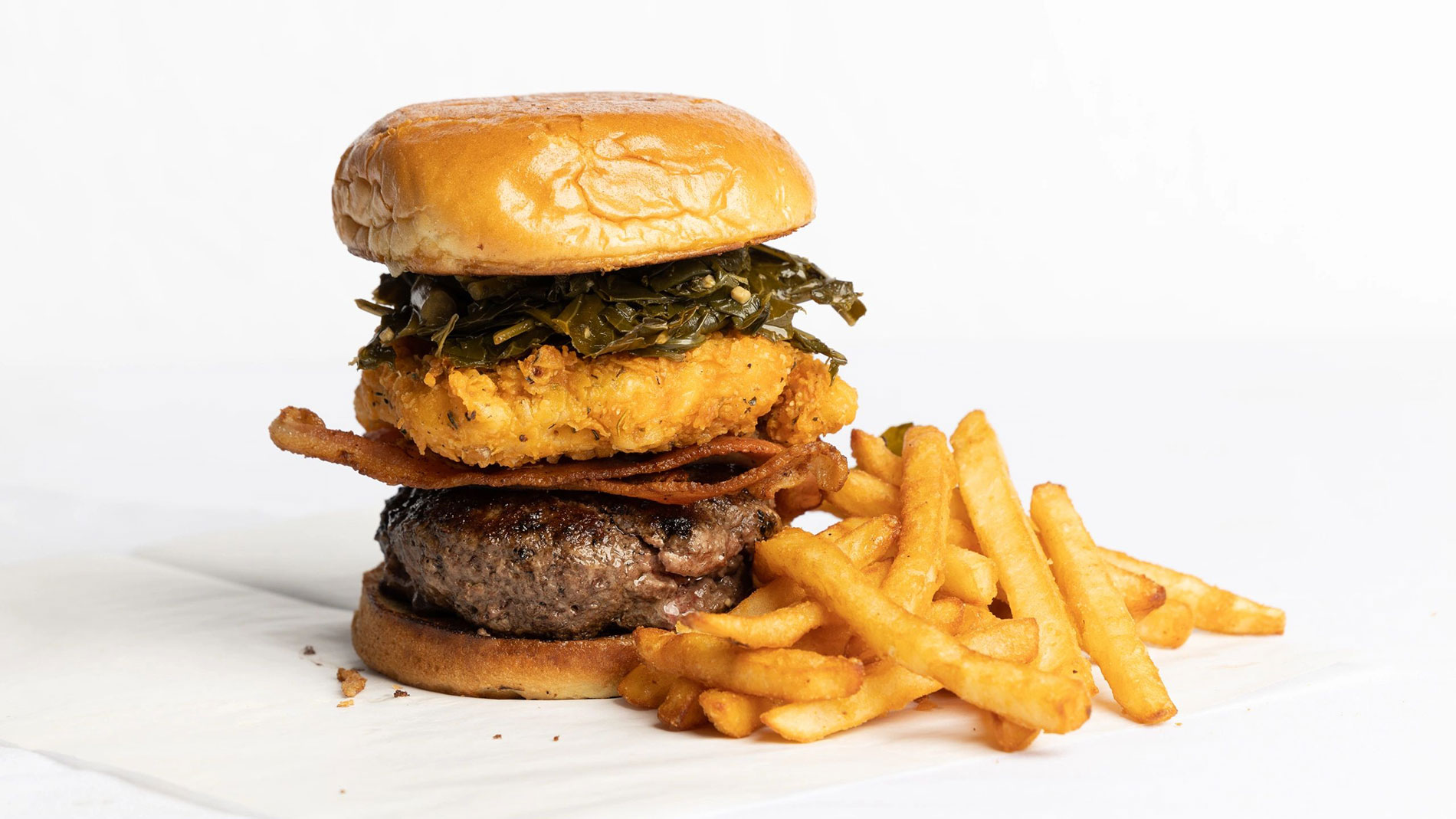 When Bryan Scott ported his popular food truck Doggie Mac’s to a brick-and-mortar in August of 2020, it seemed like a surefire success. But the pandemic had other plans, and Scott ended up closing the space in May of this year. “It was a rough winter. When we got through it, I hoped the business would increase once the weather got a little warmer, but it just didn’t. It just kind of plateaued,” Scott explained. “I decided to close the restaurant indefinitely.”

Bryan Scott, also known as Chef B, is back with an entirely new concept. His Soul Burgers food truck is now open. A partnership with Chef Christi Robertson of C and C Food for your Soul, Soul Burgers is a collaborative effort and the natural evolution of Scott’s personal brand. “Both our cooking styles are based in soul food,” he said. “The feeling that you get, the love that we put into our food, the layers of flavor that we put into our food. Everybody loves a great burger.” And there are definitely burgers!

The namesake dish sees a half pound of beef topped with Applewood smoked bacon and fried mac and cheese (based on Scott’s grandmother’s recipe); Robertson’s collard greens top the burger, making it a truly mutual effort. Other menu options include a fried salmon sandwich, an Impossible Burger and more. “We’ve got something for everyone,” Scott said.

On that note, he aims to offer dairy and non-dairy options for his milkshake program, which aims to be serious. “Shakes are challenging in 110-degree weather, but we get them out,” he said, pointing out that he’ll offer options like Oreo, caramel cheesecake, strawberry, peach cobbler, apple cobbler, banana pudding and more. “We’re trying to do something special and elevate dessert specials on the truck,” he said. “We’ll have a honey bun shake with a whole honey bun on top.”

Scott said he’s focusing on the truck right now, but is open to doing a full restaurant with this concept in the future. For the time being, however, he and Robertson will be running the truck at places like 9 Mile Garden, The Home Depot and more. Getting the brand out there is the present goal. “We want to celebrate the fact that we’re a Black-owned business and female-owned business,” Scott explained, adding that he and Robertson met over 25 years ago, and that he remains impressed by her cooking. “The first time I was able to try her food, I was like, ‘How did I miss this all of these years?’” Scott said that, for the most part, both of them will be working in the truck.