As meal delivery services become more and more popular, a new plant-based option has entered the chat as Rootberry is officially live. The service offers a menu of around 30 vegan dishes, which can be delivered to customers in the city of St. Louis, St. Louis County and St. Charles County.

Two years in production, Rootberry originated when president and co-founder Marc Connor decided to change his diet; after his doctor suggested medication for high blood pressure and high cholesterol, Connor opted to pursue another route, educating himself about healthier alternatives. “I started talking to [co-founder] J.T. Norville, who shared some videos like The Game Changers and Forks Over Knives, so I started learning a lot more and realized there was a better way to eat and to make up for what I wasn’t eating,” Connor explained. “Personally, it became a drive – I’ve got kids and I want to be around for a while.” He asked Norville how they could start a business to introduce more plant-based options to the St. Louis area.

“We’re based here in St. Louis. I live here, my family’s here,” Connor said. “It doesn’t seem like there’s a better place to start than St. Louis.” He added that success in St. Louis would likely mean expanding to other cities and markets.

Before Rootberry, Connor worked in the food industry as a broker, while "food experience leader" Chuck Friedhoff previously worked at Butler’s Pantry and in restaurants and executive dining. Their menu aims to “be appealing to everyone, whether it’s omnivores or flexitarians,” according to Connor. “We wanted foods that have a lot of texture and flavors that work together, and that can be put in the microwave or the oven.”

The menu includes “shareables” like spinach artichoke dip, chili mac and vegetable ceviche, while salad offerings include a Mediterranean salad, a tofu Waldorf salad and a soy-ginger superfood salad. Some of the currently available meals are Thai peanut balls, teriyaki tofu and rice, Indian chickpea curry, pesto pasta and a lemon risotto with portobello mushrooms; the classic lasagna is a double portion meant for two. Desserts like fudge brownies and double chocolate chip brownies are also available.

Customers can order meals online and specify when and where they’d like them delivered; a subscription service may be available in the future. “We just wanted to make it easy for people to buy and try, and we’ll turn on subscription as a tool when it’s convenient,” Connor explained. Delivery is being handled in-house: “We’ve got a big red van,” Connor said. “Hopefully, people will start to see it more.” 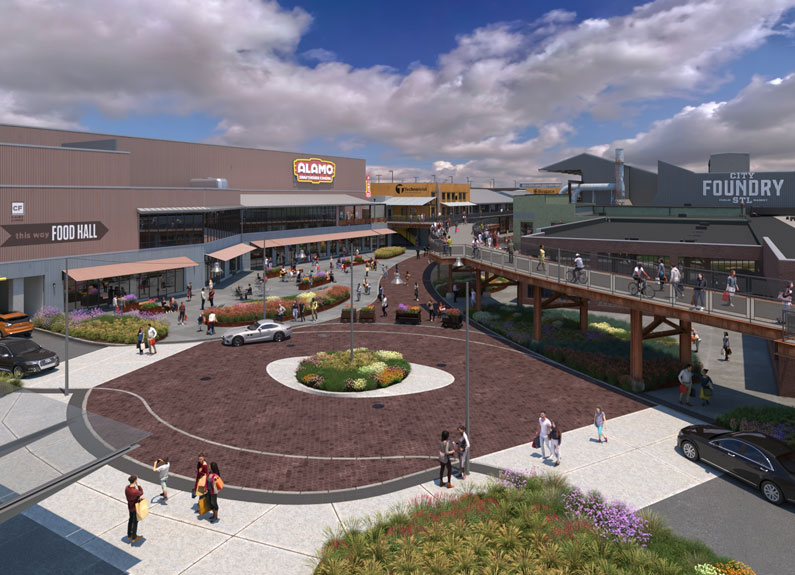 After years of development, City Foundry STL’s food hall will open next month

City Foundry STL opens the doors to its food hall on Wednesday, Aug. 11.