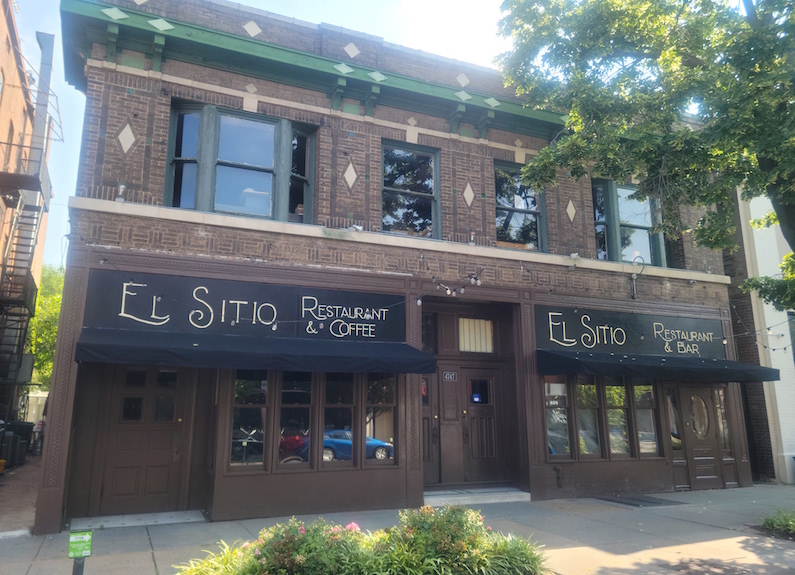 A cafe and bar serving dishes from Mexico, Colombia and St. Louis is slated to open this August. El Sitio will be located in the former Llywelyn’s space at 4747 McPherson Ave. in the Central West End.

Owners Hector Flores and Diana Salas decided it was time to open their own restaurant after they became friends while working together in the industry. Flores is from Mexico, and Salas is from Colombia, so they plan to incorporate food from both cuisines into El Sitio’s menu.

“We were just discussing and chatting about the idea, and then we decided, ‘Well, it’s time to move on and to start our own business,’” said Flores, who has been working in restaurants in the St. Louis area for roughly 16 years.

The name “El Sitio” means “the place” in Spanish and is meant to invite families and friends to stay all day in one warm, relaxing environment. “We were trying to find a name where people would say, ‘OK, if we were to go and have a chat, a nice conversation, spend some time together, enjoy ourselves, and have something to eat,’ this would be ‘the place’ to go,” Flores said.

For breakfast, there will be housemade doughnuts, including glazed and cake doughnuts, as well as cinnamon rolls and Colombian coffee. At lunch, Flores plans to serve sandwiches like bacon, egg and cheese croissant sandwiches and sandwiches with house-smoked brisket, for example. The menu also includes quesadilla birria and bowls made with meats such as birria, brisket or barbacoa. The drink menu will offer juices from fruits like mango, strawberry and lulo, a tropical fruit from Colombia.

The 2,000-square-foot space is separated by a wall that will be decorated with a painting of the Gateway Arch and landscapes from Colombia and Mexico. The cafe will be on one side, and a bar with live music, appetizers and drinks will be on the other side. El Sitio will seat up to 80 guests indoors, plus 60 more outdoors between the 2,000-square-foot back patio and front sidewalk seating.

“[I’m most excited about] serving the people and giving them the opportunity to taste Colombian and Mexican food, learn about the cultures and enjoy the food that comes from these countries,” Flores said.

Flores is planning for an Aug. 1 opening for the cafe, with hours from 6 a.m. to 10 p.m. Monday through Saturday and from 6 a.m. to 6 p.m. Sunday. He is hoping to open the bar side in September once he obtains a liquor license.