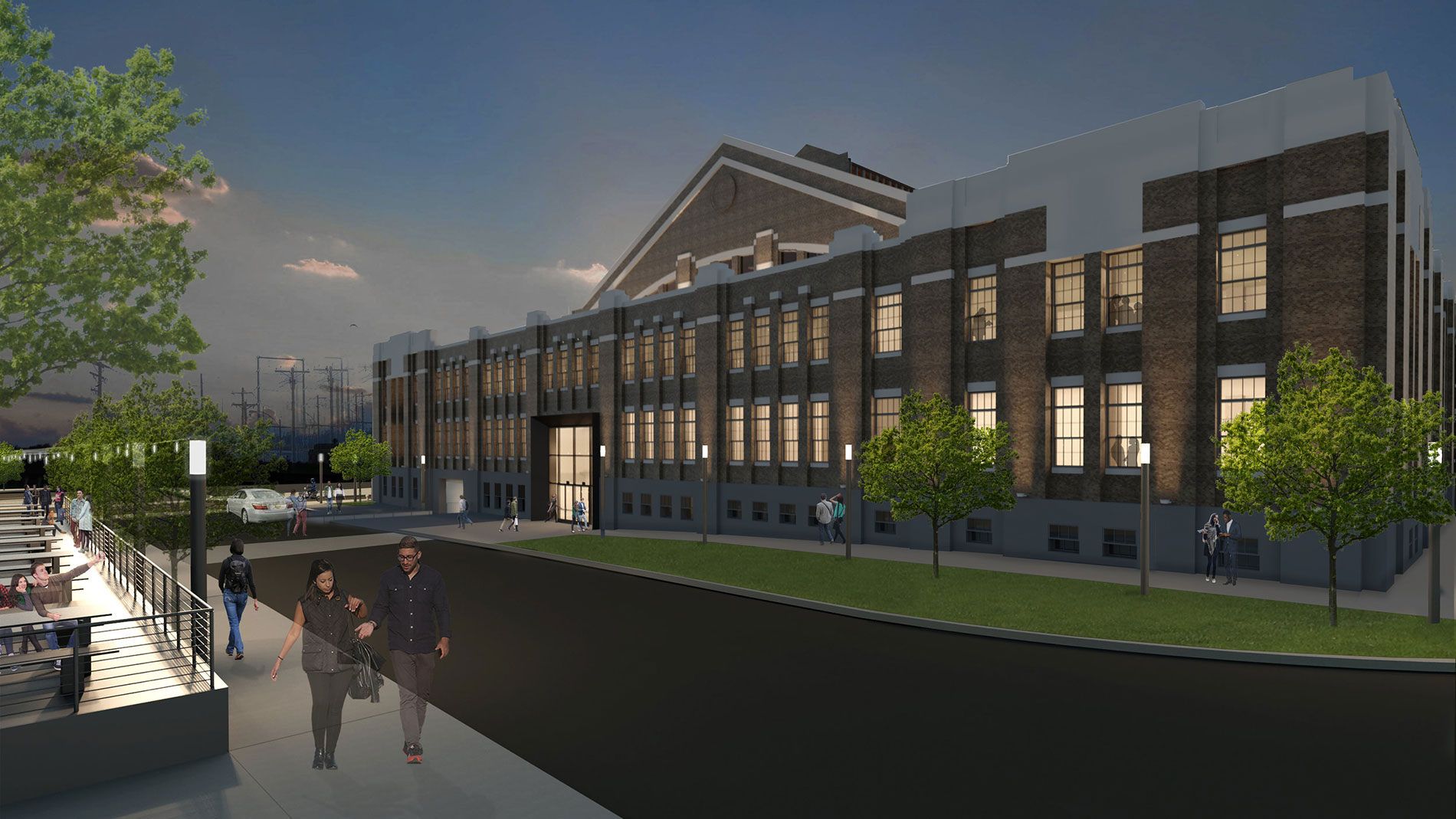 Two huge Rec Hall games bars are slated to open in the St. Louis area in the coming months

Rec Hall, a massive, games-centered bar formerly known as the Recess pop-up in the Grove, is slated to open its first location later this month at 800 S. Duchesne Drive in St. Charles. And an even larger location will open in summer 2021 as the main tenant in the historic Armory District building in St. Louis’ Midtown.

Business partners Luke Wade and Mark Musselman had been working together on Wade’s own similar concept in Kansas City, KC Crew, when the opportunity to partner on this new venture arose. “The concept is taking what I did in Kansas City – [connecting] people through social activity every night of the week – but putting it in a giant games bar,” Wade explained.

The St. Charles location is about 33,000 square feet and offers a multitude of sports-related games ranging from cornhole, pingpong and giant Jenga to air bowling, which uses footballs thrown at bowling pins. Wade said a pandemic safety plan will be put in place similar to the one he’s been using in Kansas City successfully since June.

The Midtown location, in partnership with Green Street St. Louis, will expand from 80,000 square feet on the main floor to about 250,000 square feet total after the entire building is rehabilitated, opening up the rooftop and basement. “That will basically be Rec Hall on steroids,” Wade said, adding there will be an indoor soccer field, four indoor pickleball courts, virtual reality and much more.

The St. Charles location plans to feature local food trucks on a rotating basis, while the Midtown spot will have its own full kitchen to provide fast-casual options, though a menu is still in the works.

Rec Hall has plans to open several more locations in St. Louis and Kansas City over the next 18 months, and hopes to expand to Nashville, Columbus and other popular Midwest cities in the future. “The big idea is expanding throughout the Midwest and expanding people's social fun all over the country as well,” Wade said.