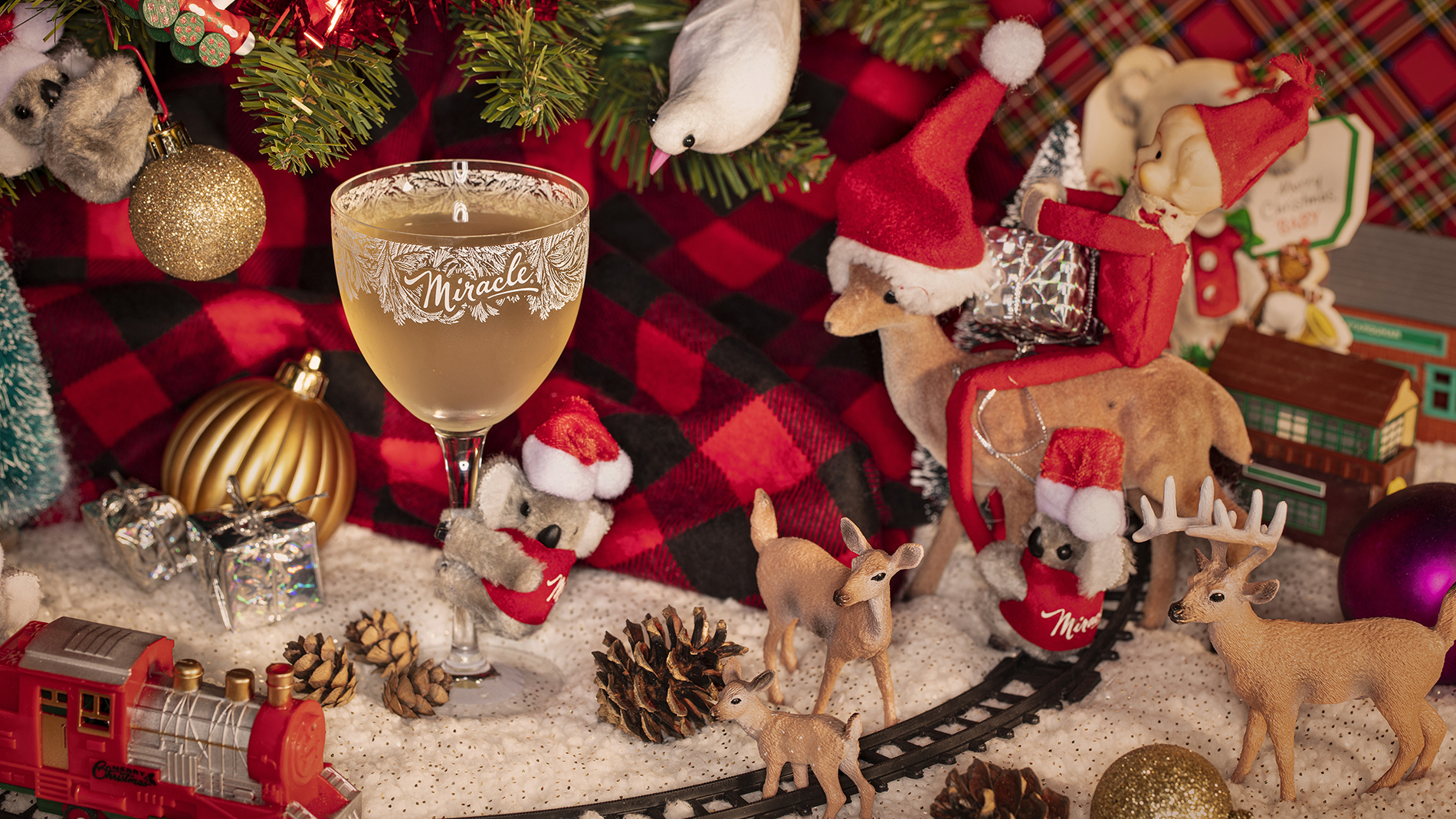 Miracle is in its fifth year, returning to Small Change at 2800 Indiana Ave. for the fourth year, and it will run from Nov. 12 to Dec. 30. Sippin’ Santa is returning for a second year, this time at Planter’s House at 1000 Mississippi Ave., and it will be open from Dec. 4 to 30.

“It’s a completely immersive experience,” said Jamie Kilgore, who co-owns the bars with her husband Ted Kilgore and their business partner Ted Charak. “It is one of the most fun places to be during the holidays.”

Miracle is a concept that started in a New York bar in 2014 and has since spread across the country. “Greg Boehm owns Cocktail Kingdom, which creates craft cocktail wares, and he had been planning on waiting till after holidays to open a new bar [in New York], but they decided to go ahead and open and make it a Christmas pop-up bar,” Kilgore explained. “It was super popular, so he decided to branch out [and franchise it].”

The Kilgores opened their bar on Indiana Avenue as Miracle in 2017 and started Small Change in the same space in the off-season. The decorations at Miracle are kitschy and festive. Drinks on offer range from a Christmapolitan to Jingle Balls Nog. “People really get into it,” Kilgore said. “They wear their ugly Christmas sweaters and outrageous hair pieces.”

This will be the first year that Planter’s House will be completely taken over by Sippin’ Santa, which has a tiki ambiance with drinks like Parrot in a Pear Tree and North Pole Punch. “It’s basically the same as Miracle but with tropical vibes; we just try to emulate that super-chill island feel,” said Kilgore. “I have never personally spent Christmas on an island, but I would like to.”

Reservations for both bars are highly recommended as seating usually fills up fast. There is a $10 reservation fee at Miracle and a $5 fee at Sippin’ Santa. These funds will go to charity. Miracle’s charity is Santa’s Helpers Inc., which helps to bring Christmas to children in the St. Louis area. Sippin’ Santa will be donating to St. Louis Community Foundation’s Covid-19 regional response fund.

Due to the pandemic there is limited capacity at both bars. Sippin’ Santa’s seatings will be an hour and 45 minutes long, and there will be a full menu of food and drinks. At Miracle, seatings will be limited to one hour, and there will not be snacks as in past years. Miracle will also offer to-go cocktails as well as experience packages. “It will be a hodge-podge of items so that you can recreate the Miracle experience at home,” said Kilgore. The packages will include drinks, glassware and other goodies.