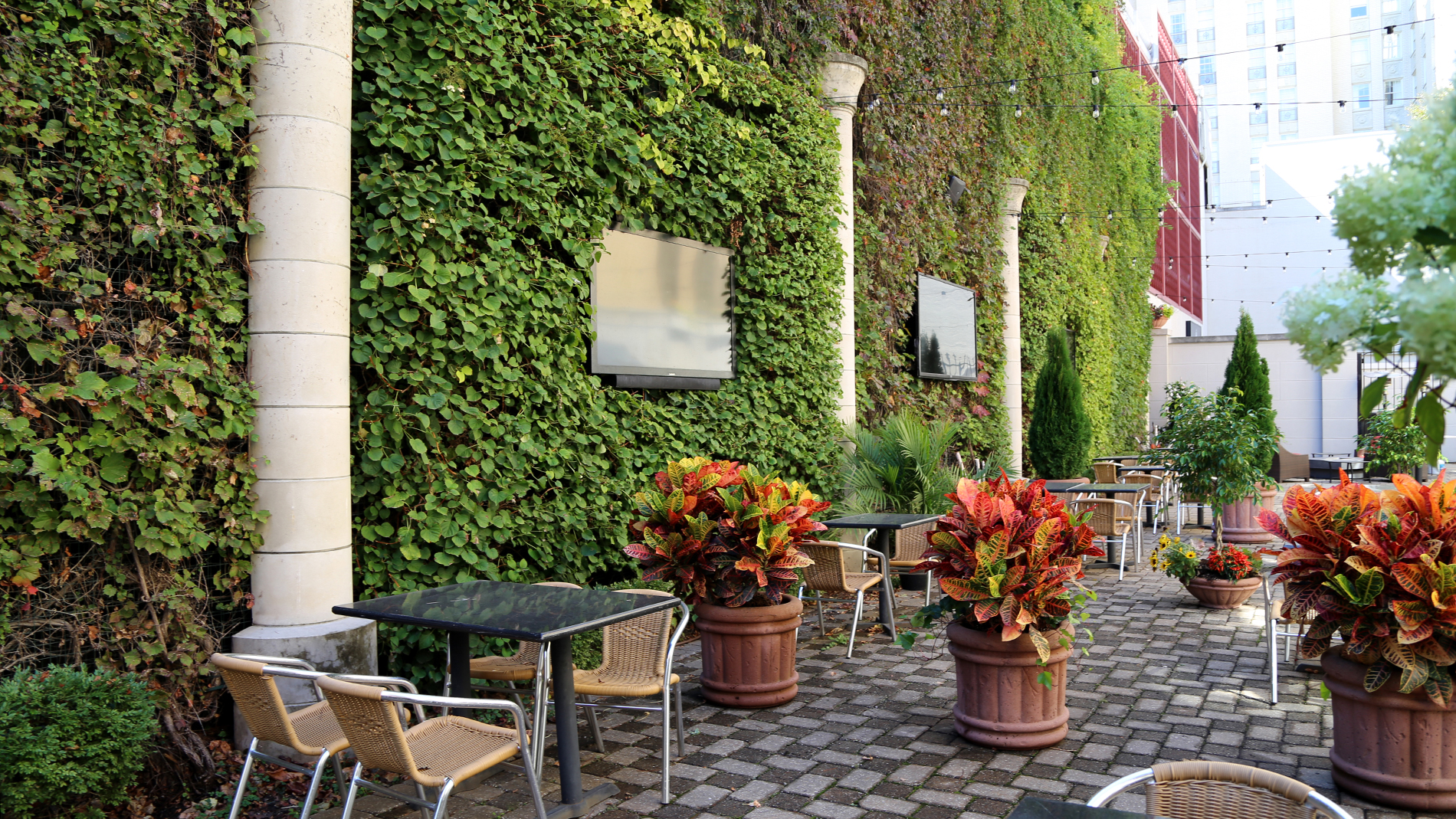 the courtyard patio at edera, located in the central west end photo by meera nagarajan

The restaurant will launch with a streamlined menu featuring a handful of pizzas, pastas and salads available for carryout or patio dining. This approach was not Randolph’s initial plan: “The original menu had chops and steaks and whole fish and oysters,” he said. However, circumstances surrounding the coronavirus pandemic forced his team to rethink the opening lineup.

Randolph considers this unplanned change “fortuitous;” he believes starting out with a more limited menu will enable the restaurant to build rapport with customers. He hopes that once indoor dining can begin, diners will feel comfortable trying dishes they might otherwise shy away from either due to price point or lack of familiarity, such as a steak for two or a whole fish cooked in salt.

Sasha Malinich, who designed the interiors of Sardella, Cinder House and Vicia, led the effort to redesign the 2,800-square-foot space, which seats 141 without capacity restrictions. The new dining room features dark green walls, leather booths and an open pizza kitchen.

As consulting chef, Randolph sees his job as one of ensuring that as many ingredients were produced in-house as possible. “Everything starts in the [restaurant’s] basement,” he said. “The gelato machine’s down there, the two pasta extruders are down there, the dough mixer’s down there. Flour, water, yeast – that’s a lot of what this restaurant’s about. Certainly flour and water.”

The flour used to produce all the pizza and pasta dough is sourced from a mill in Illinois; eggs are local, as are the pork used in the house-made sausage atop a kale and sausage pizza. “The only thing we’re not making at this point is the mozzarella, and even that’s bugging me – we may get there,” he added, laughing.

Fans of the Good Pie’s certified authentic Neapolitan pizza will be thrilled to hear that the dough recipe Randolph developed for Edera’s pizza is nearly identical to the one that he used at the Good Pie, as is the sauce. However, Randolph is clear that Edera is not making Neapolitan pizza – Neapolitan-inspired maybe, but not adhering strictly to that style.

“We’re not really in search here of this crazy puff around the outside,” he explained. “I get it. … People like Imo’s, you can hold it. So we really wanted to come up with something that we could dress like a Neapolitan piece of pizza but that structurally is [something you could hold].”

Diners can look forward to an innovative bar program featuring barrel-aged cocktails and lesser known Italian spirits. Bar manager Eric Weis has purposefully designed a menu of mixed drinks meant to pair well with Edera’s pizza-and-pasta-focused menu. “They’re light, refreshing, especially when you’re serving pastas, pizza, stuff of that nature – it doesn’t fill you up. You can sit there, enjoy your food, and instead of getting full off beer, this is going to complement the flavors and the richness of the food.” 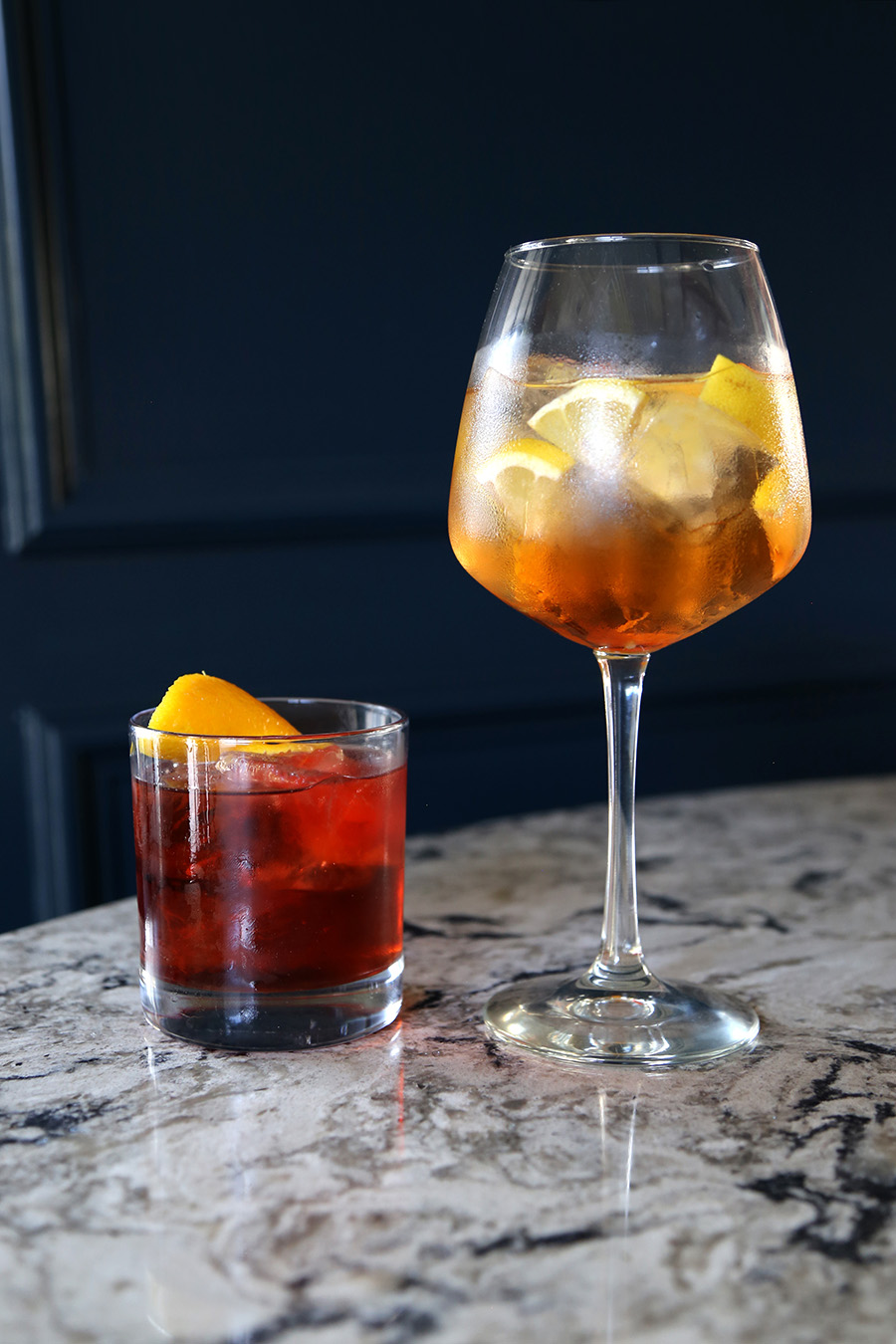 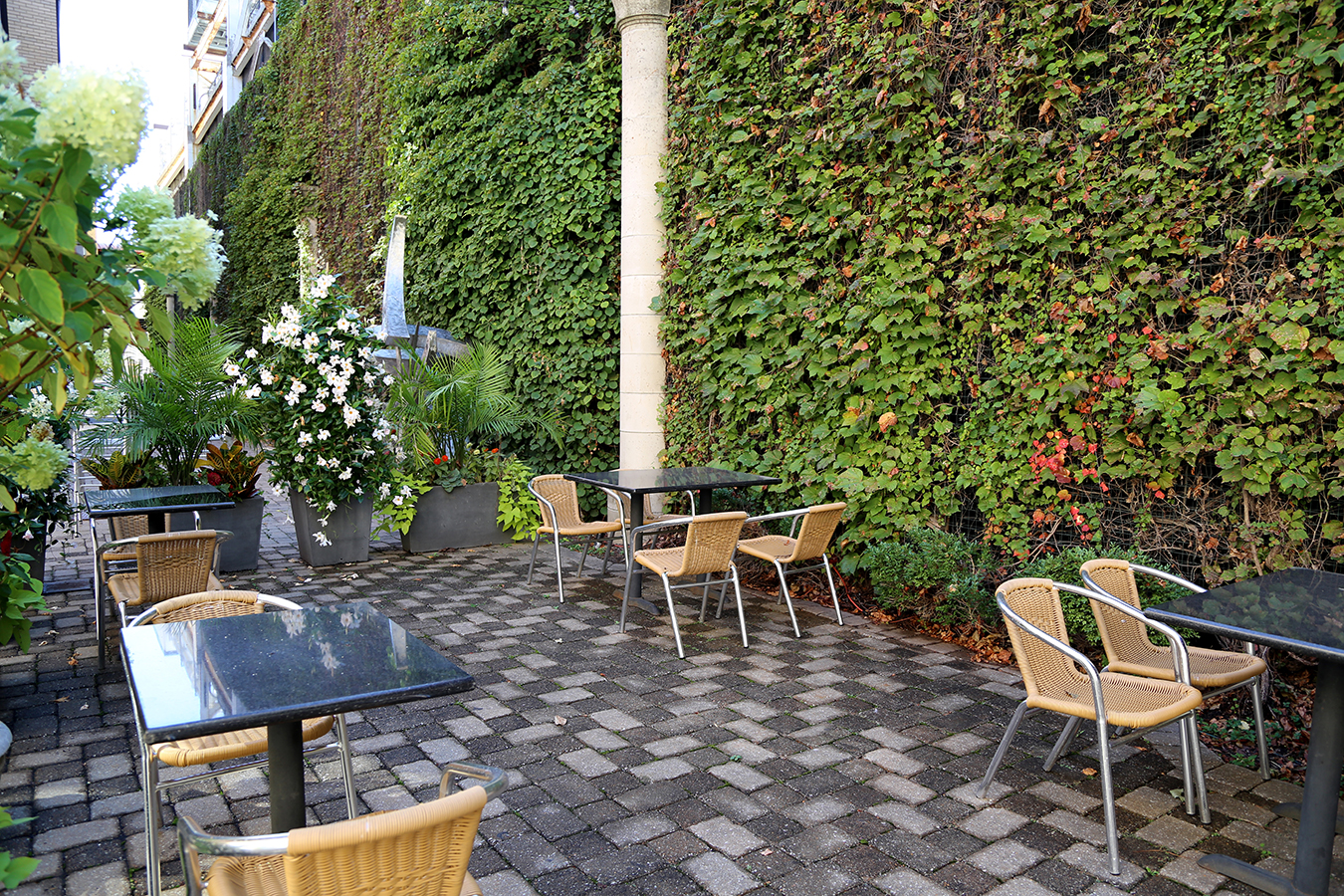 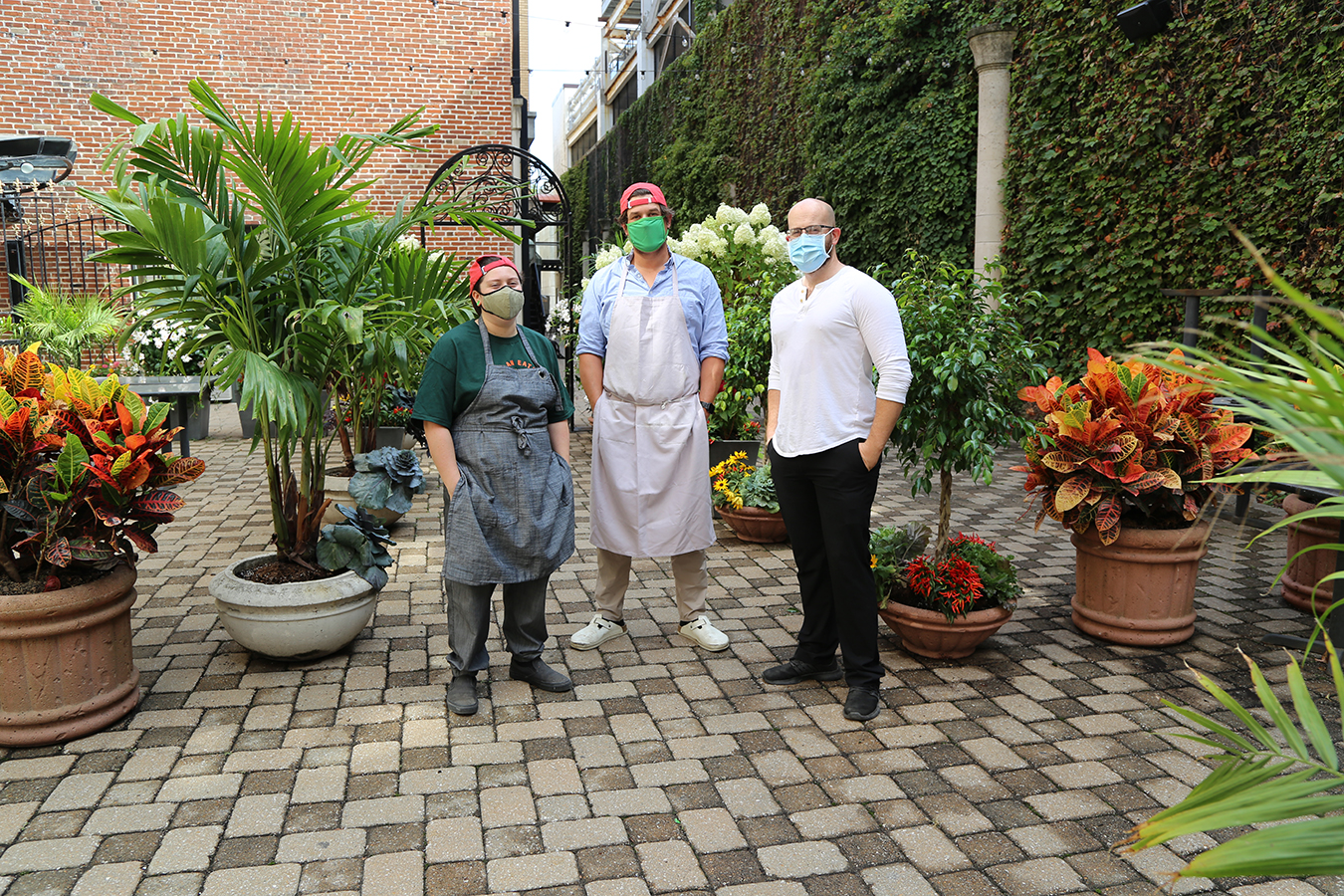 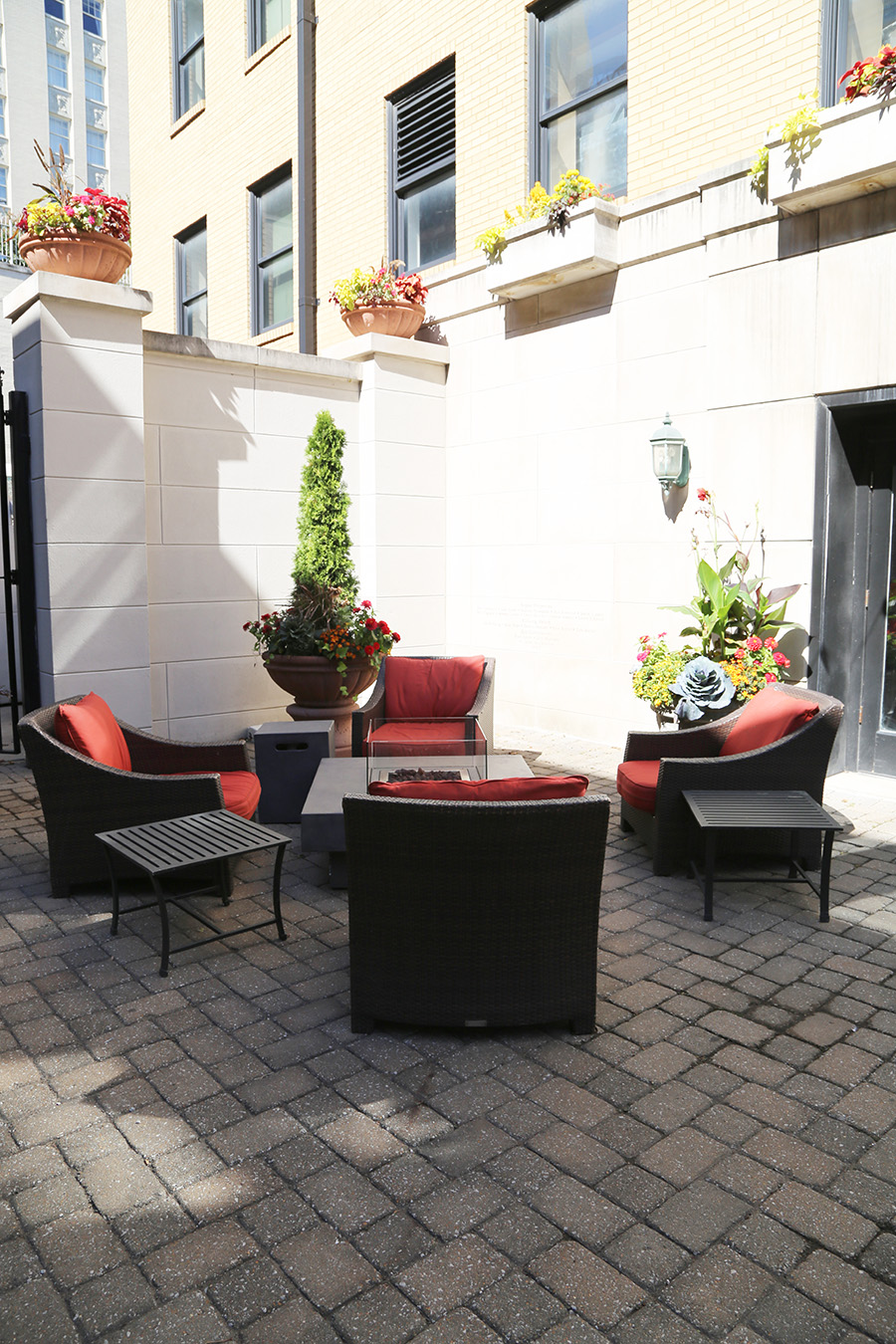 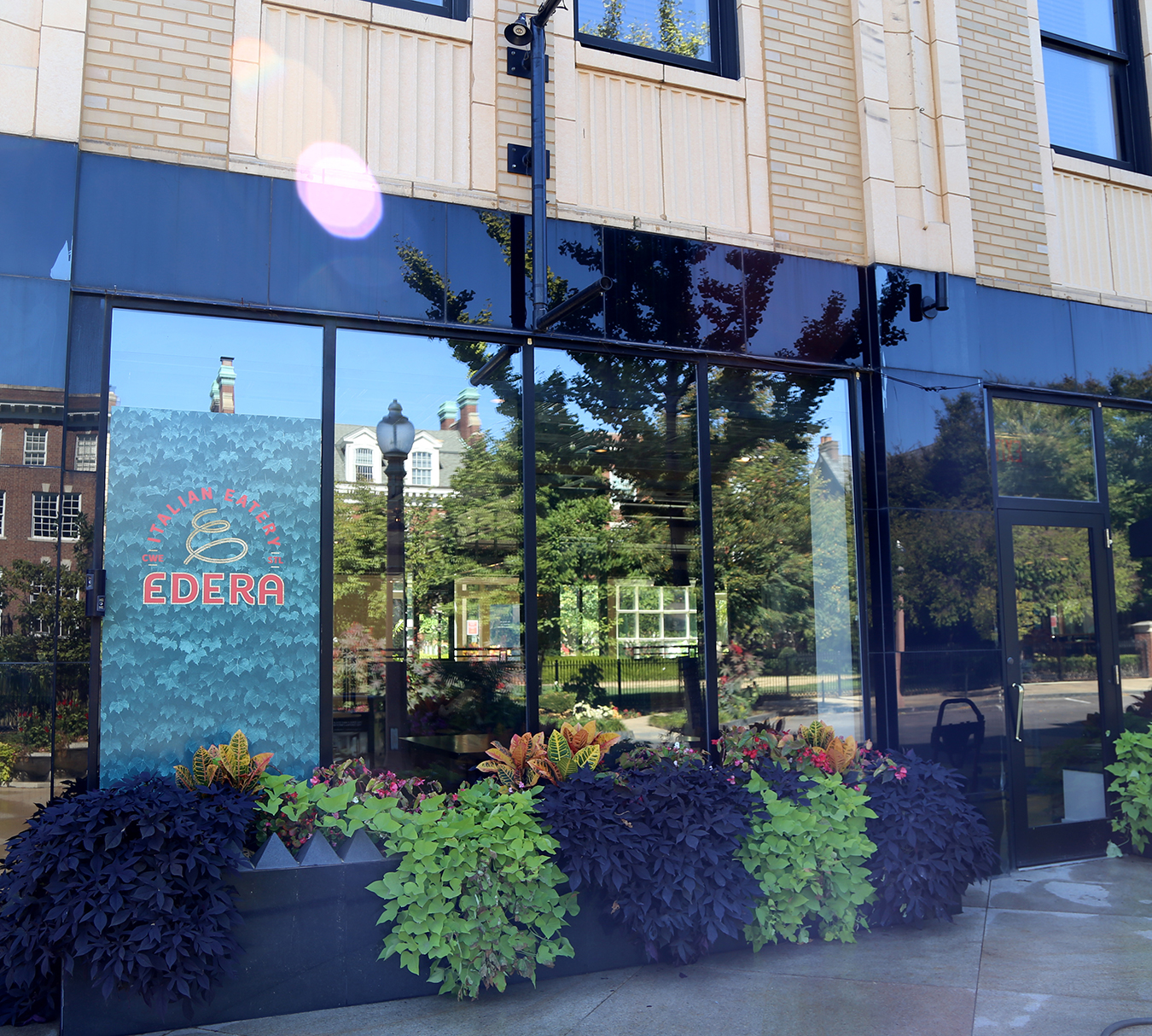 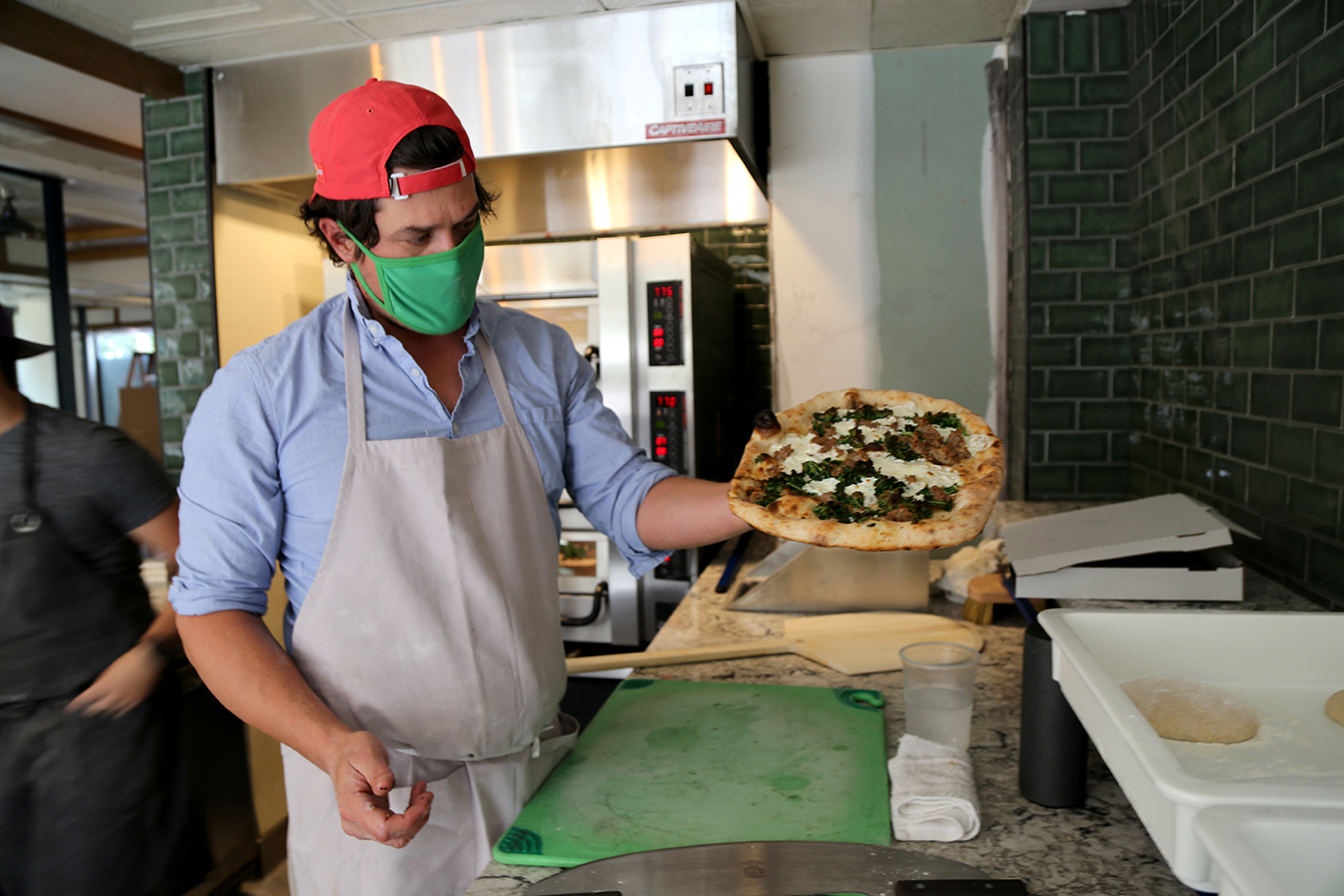 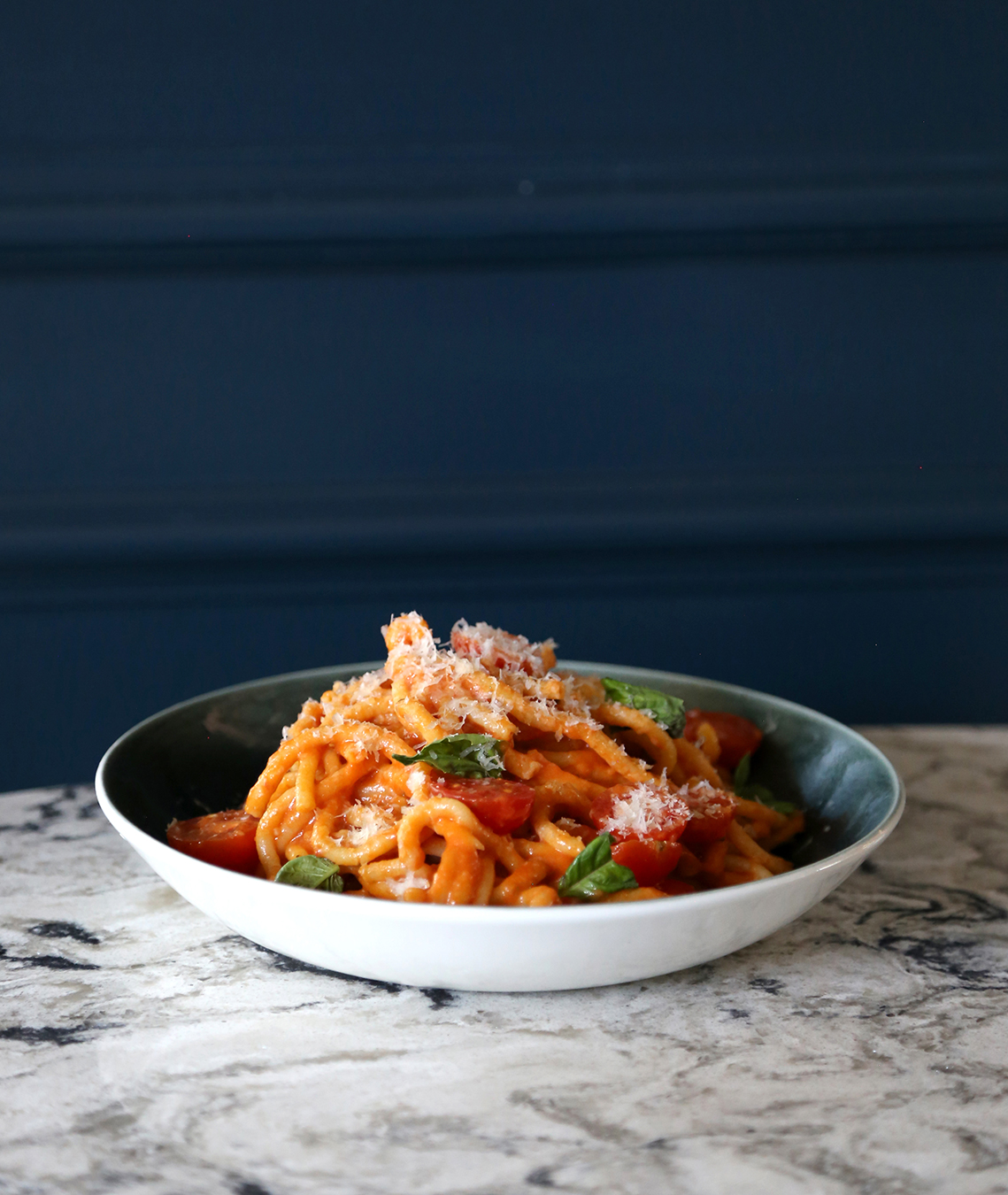 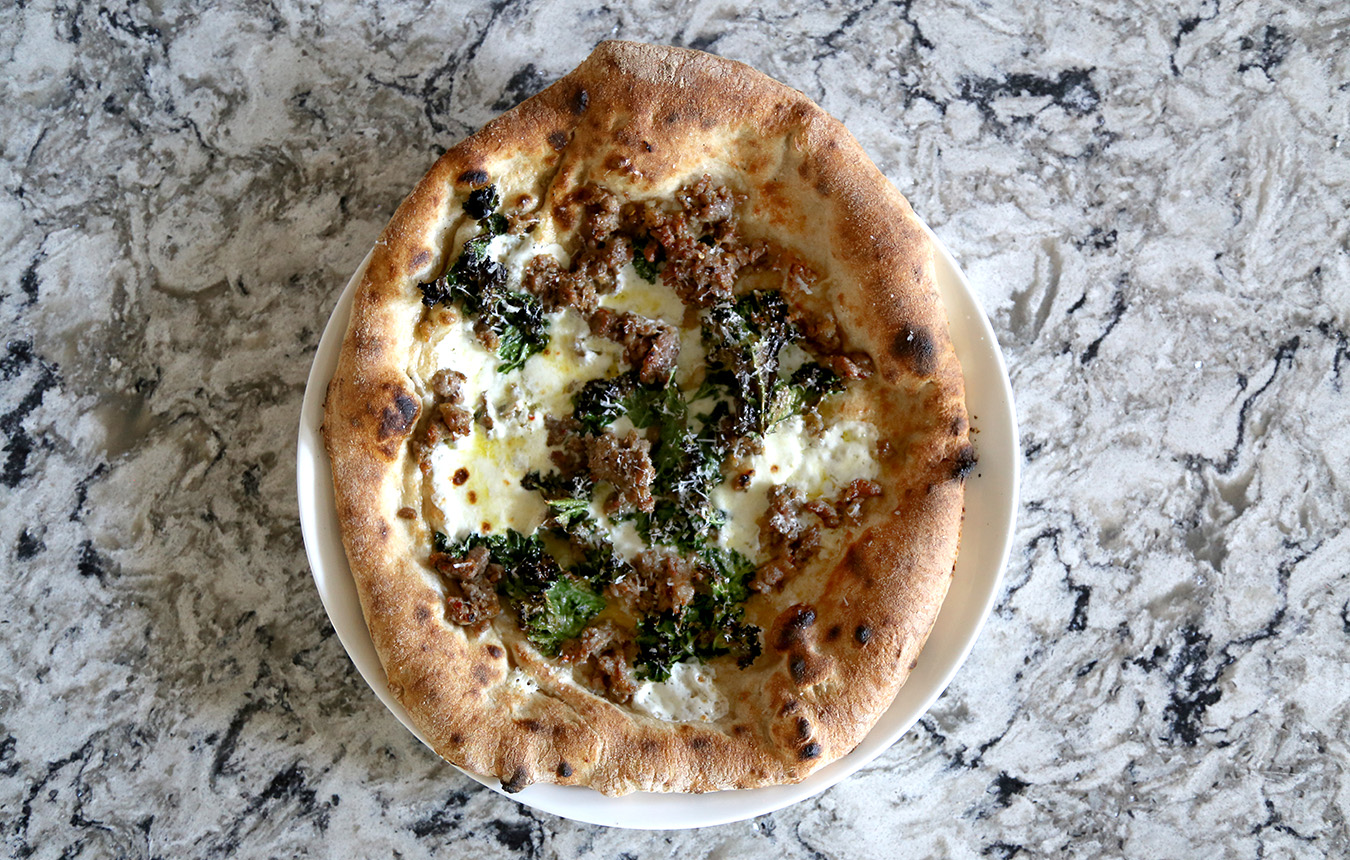 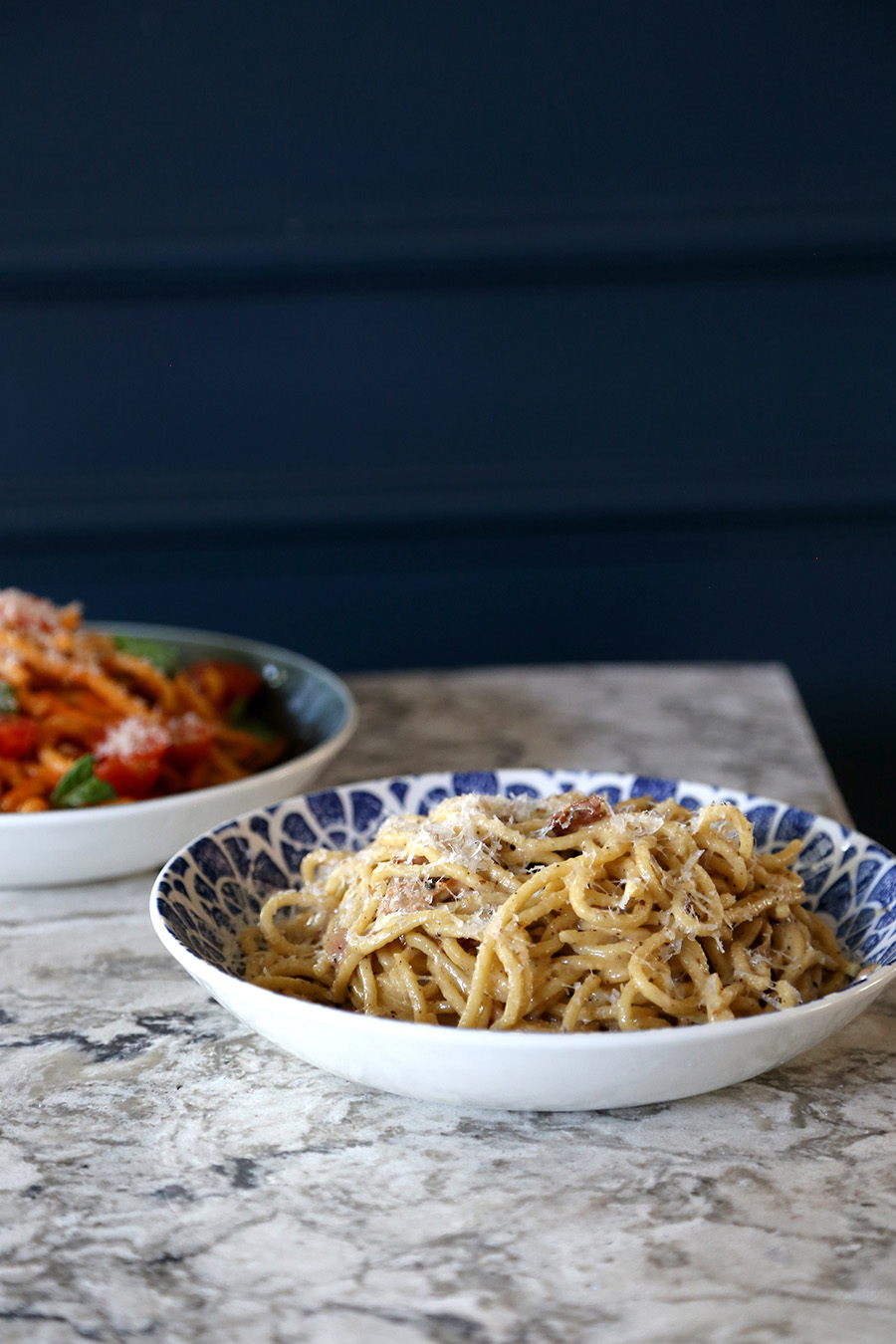 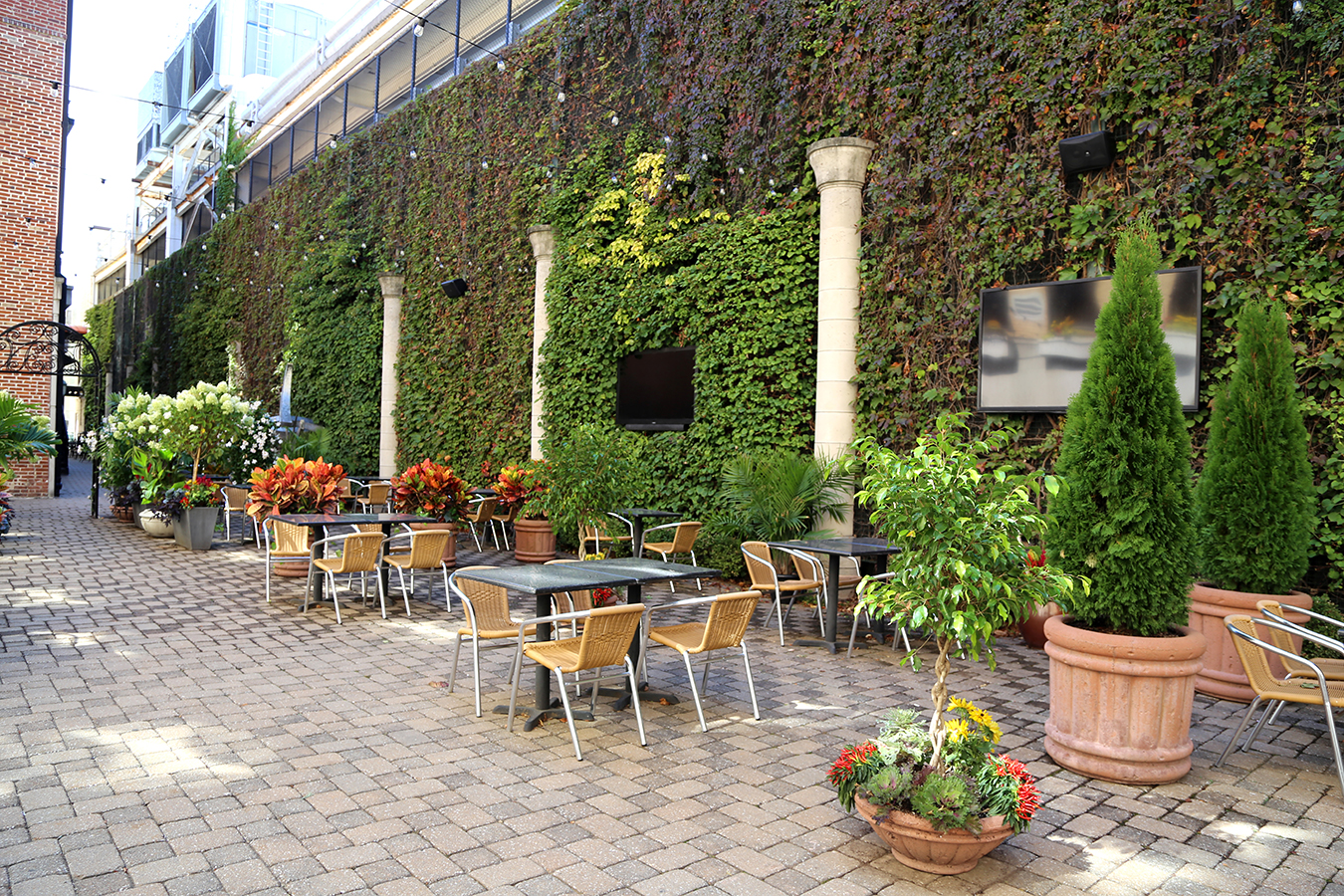 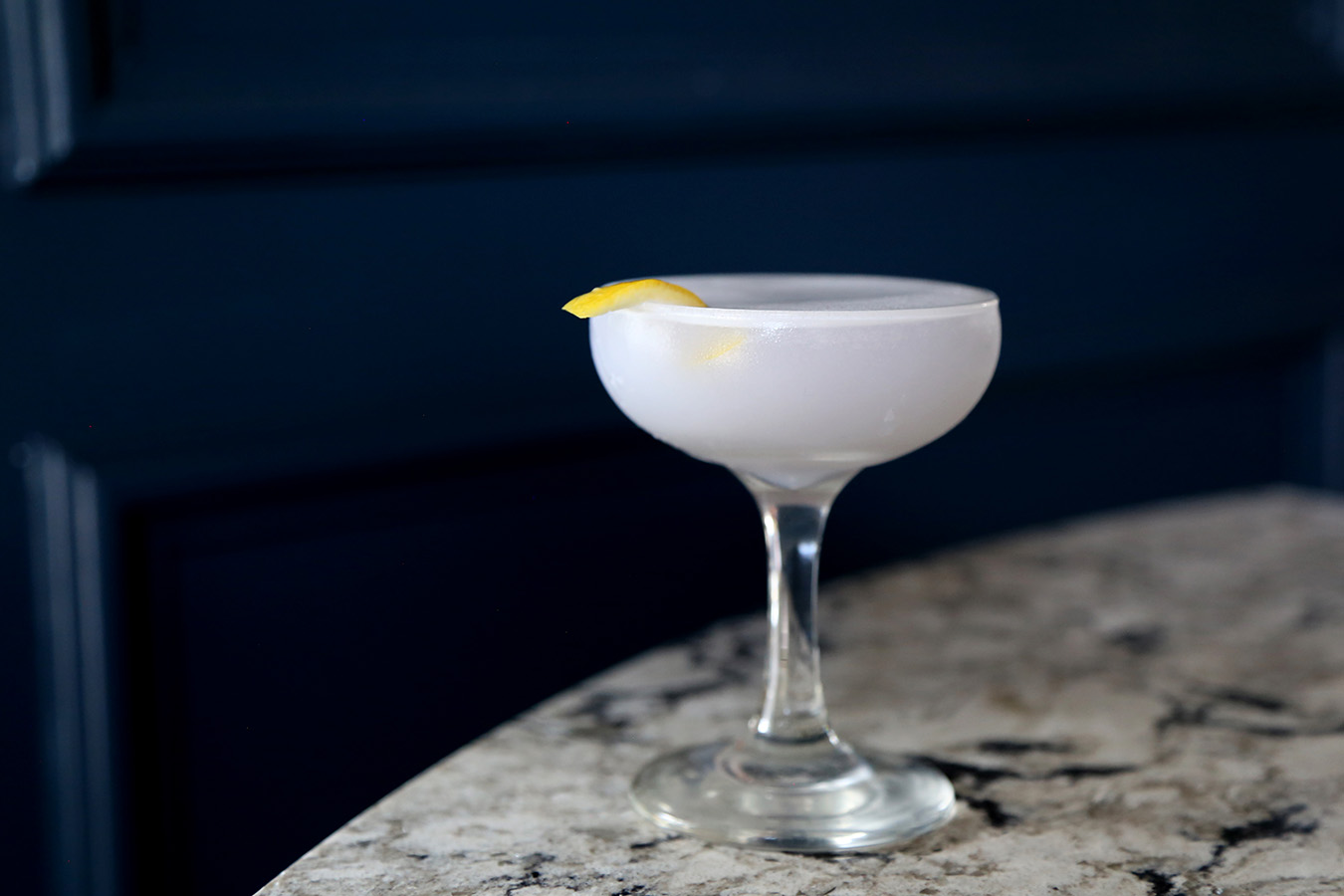 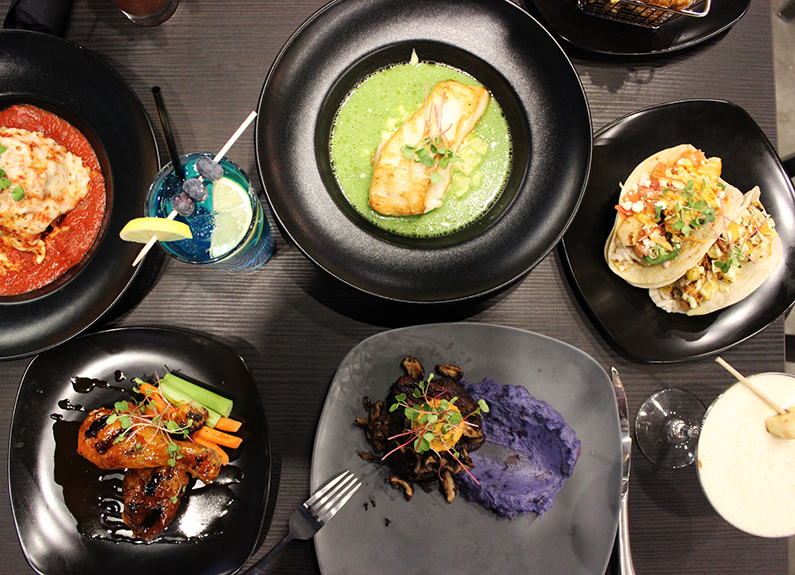