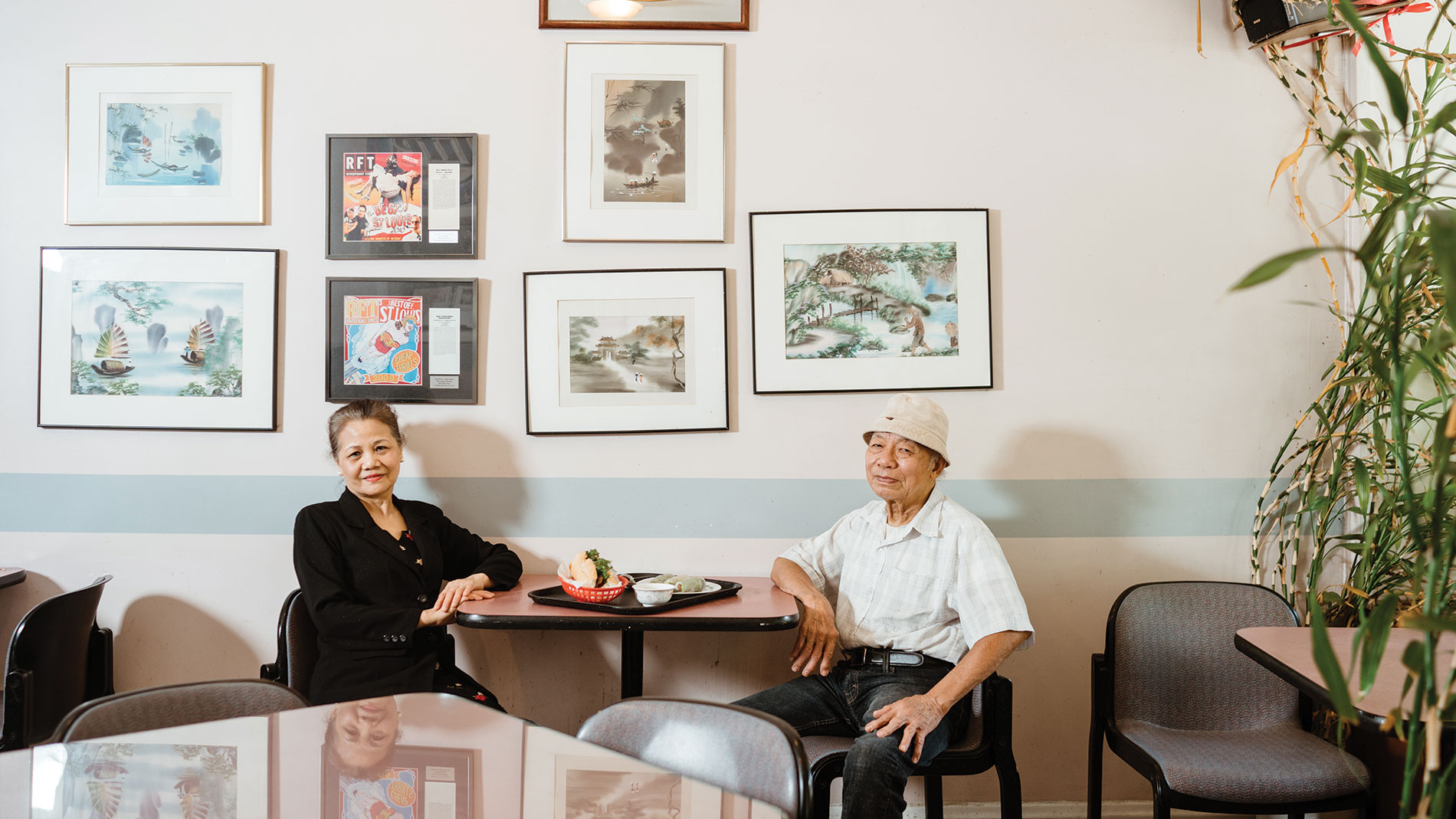 South Grand is a wonderful place to eat. The boulevard’s carryout options are ideal for a socially distanced picnic at neighboring Tower Grove Park, and from sushi and Thai to pizza, hummus and crepes, it truly has something for everyone. Nowhere in the greater St. Louis area can one find a more concentrated grouping of 2020 Readers’ Choice winners. Here are 10 of your favorite spots.

A neon sign in the window of Banh Mi So 1 reads, “Best Spring Rolls in St. Louis.” Unlike most signs like that, this one is absolutely true. The Goi Cuon Chay (famous mung bean) is vigorously fresh and comes with a sauce full of herbs and deep, punchy acidity. The rest of the menu – banh mi, curries and rice dishes – proves the restaurant’s greatness extends far beyond its appetizers.

LemonGrass’ Vietnamese food is dependable and refreshing. Its masterful rice hot pots are worth the journey alone, and the vast vegetarian menu, with eternal hits like sesame tofu (tangy, beautifully fried tofu with broccoli) and curry eggplant (stir-fried eggplant with vegetables and coconut milk), abounds with winners.

Pho Grand offers a massive Vietnamese menu with all the bun (vermicelli noodle bowls), banh cuon (rice flour crepes) and noodle- and rice-based entrees you could ask for. But you know why you’re here. The pho ga (chicken and rice noodle) soup is a solid choice with a flavorful chicken broth, but if you can only try one, the pho bac biet (beef and rice noodle soup) is where it’s at. Labeled “Pho Grand’s special combination,” it comes with medium-rare round steak, lean brisket, meatballs and tripe.

This South Grand staple offers a long menu of Thai favorites from num nam tok beef salad to its popular curries. The restaurant’s presumed namesake, pad krapao, just called “basil” on the menu, offers crisp vegetables and your choice of protein swimming in a savory sauce with lingering heat and sweetness.

Listen, we know that Blackthorn isn’t technically on Grand. We don’t care. Its insanely cheesy, oregano-forward deep-dish pizza is a wonderful departure from all the St. Louis- and New York-style pies you can get in the area. The garlic cheese bread is also great. Even though it’s often a Readers’ Choice, it still feels like an underground spot.

The King and I is the quintessential American Thai restaurant – and has been since it opened as St. Louis’ first in 1980. Its menu offers the gamut of classics like tom yum soup, spicy kee mao noodles and comforting pad thai, along with crowd pleasers like crab rangoon and Chinese fried rice. Our current obsession is the spicy, coconut-y panang curry. It is bright but rich and warming, with serious heat and a substantial, creamy broth.

Cafe Mochi’s sushi rolls are affordable even when its famous happy hour deals aren’t offered. One of the most popular rolls is the Volcano, filled with tempura shrimp, asparagus and avocado, and topped with crab, scallops, spicy mayo, eel sauce and roe. Indulgent sushi rolls aren’t the only thing on offer. Owner Victor Pham said his family’s Vietnamese dishes, especially the pho, are a sleeper hit on the menu. “We cook in a natural way – the way we cook for ourselves,” he explained as the reason for their success.

If you drive past Dave Bailey’s brunch mecca on a weekend, you’ll see dozens of people waiting to get in – it’s just part of the experience. You’re sure to score among Rooster’s massive list of staples, ranging from sandwiches and scrambles to crepes and slingers. The vegan slinger, with savory, peppery gravy and house-made focaccia, is an awesome on-menu option for plant-based diners. (And it tastes even better doused in Cholula and paired with a bloody mary).

The Vine has, hands down, one of the best salads in St. Louis: the fatoush with falafel. But the menu of Mediterranean delights goes far beyond that. The creamy baba ghanoush is a must, as are the luxurious makdoos (cured eggplant with pomegranate sauce). And pardon us if you already know this, but the fries are low-key amazing. 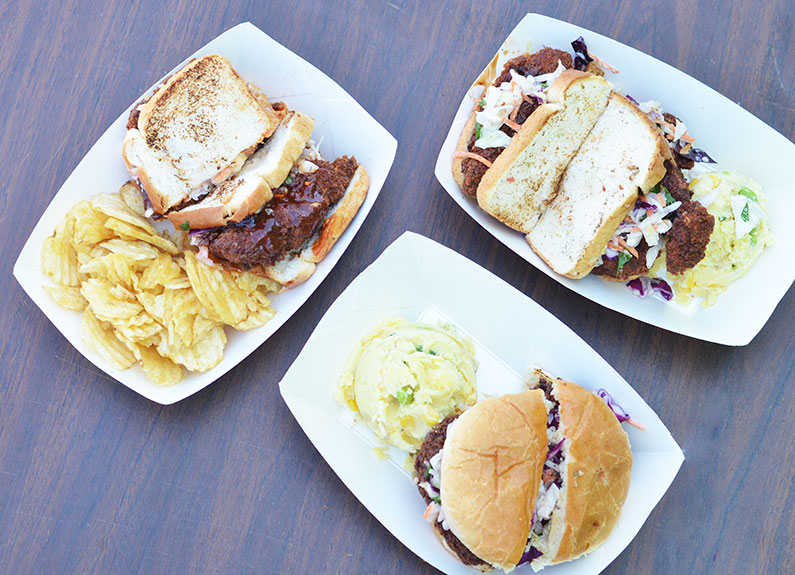 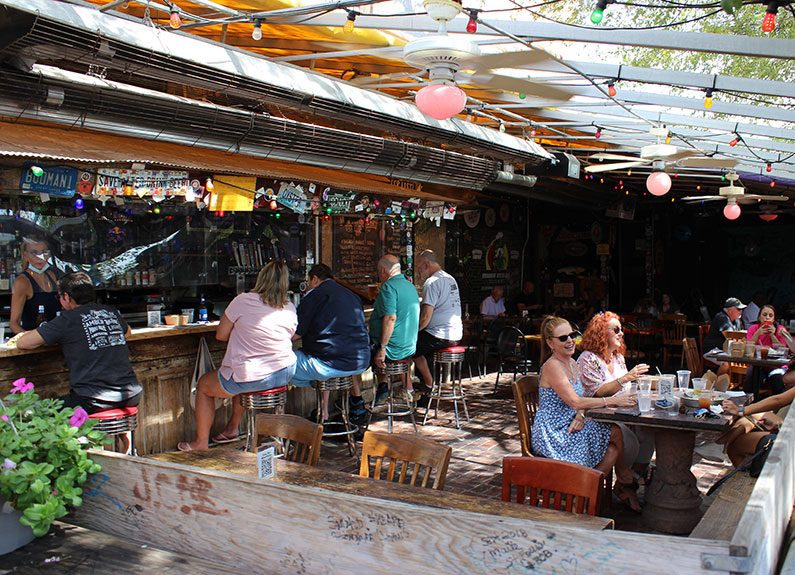 12 covered patios to check out in St. Louis and beyond

These covered patios in St. Louis, Missouri, provide extra protection from the elements. 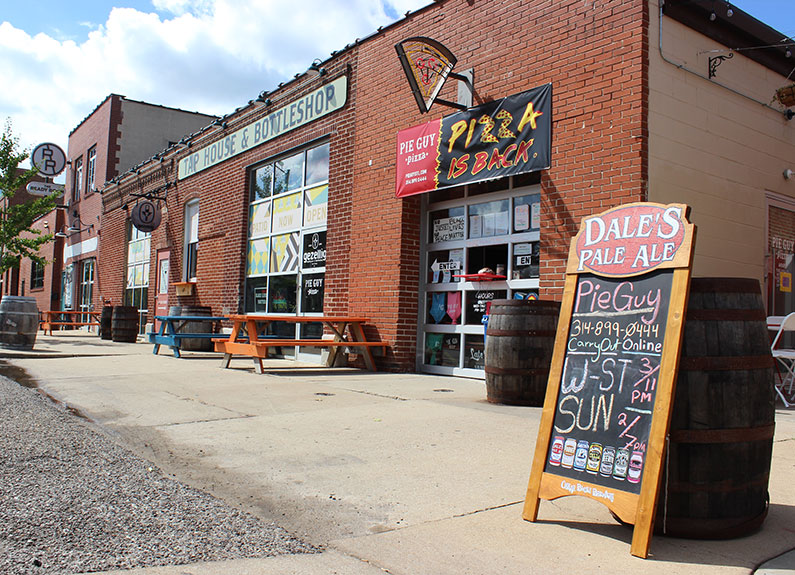 These walk-up windows in St. Louis, Missouri, are making our takeout habit even more convenient.