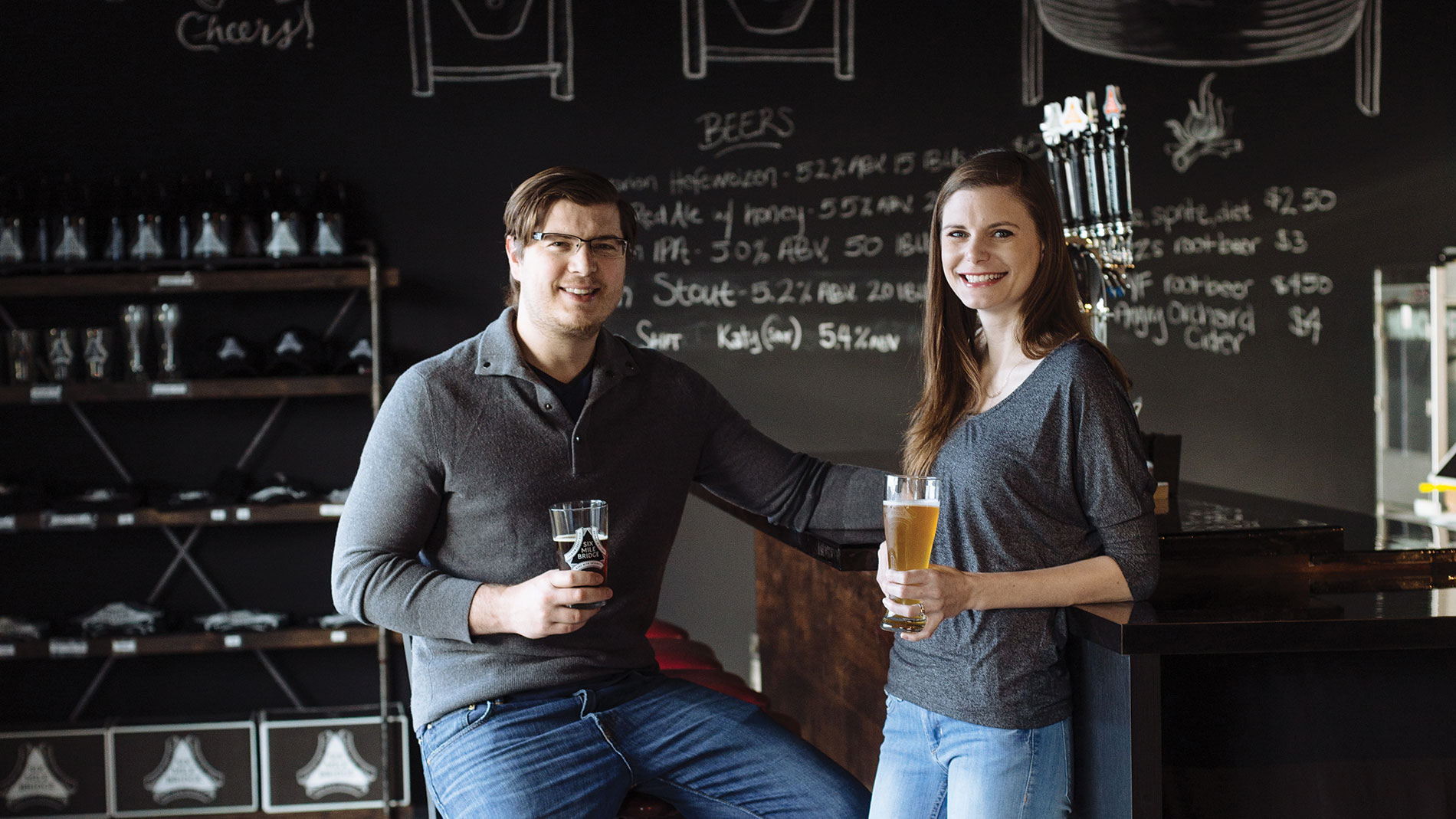 A new chapter will soon begin for Six Mile Bridge Beer, as an expansion is in the works for the Maryland Heights brewery.

The business announced on Facebook Sunday that the expansion will feature additional seating, more taps, as well as a full kitchen.

However, when the neighboring unit in their multi-tenant building became available Sherring said, “it made natural sense for us to take over the space next door.”

According to Sherring, they plan to add 50 to 70 seats in the taproom, including an outdoor patio and event space. The bar will also expand from five seats to 16 to 20.

Along with more seating will also be more beer. “We will have 20 taps as opposed to eight,” she said, explaining that a new pilot system will allow them to test new brews and offer taproom exclusives.

“We love brewing with all natural ingredients and with a smaller system, it gives people who come into the taproom something new to try,” Sherring said.

A new kitchen space will allow Six Mile Bridge patrons the chance to indulge while they imbibe. While they are still finalizing the food program, Sherring said “we’re thinking of doing an upscale gastropub” concept. “That’s the plan for now, but it’s not totally nailed down.”

She described the new space as a play off the current modern industrial theme, but they will bring more color and warmth to the expansion.

An opening in early 2020 is likely for the expanded brewery; Sherring said after they first broke ground last week. She also said she hopes the brewery will only be closed for a few days in January, as she explained most of the renovations can be completed next door while the current establishment maintains business.

Caitlin Lally is a contributor to Sauce Magazine.