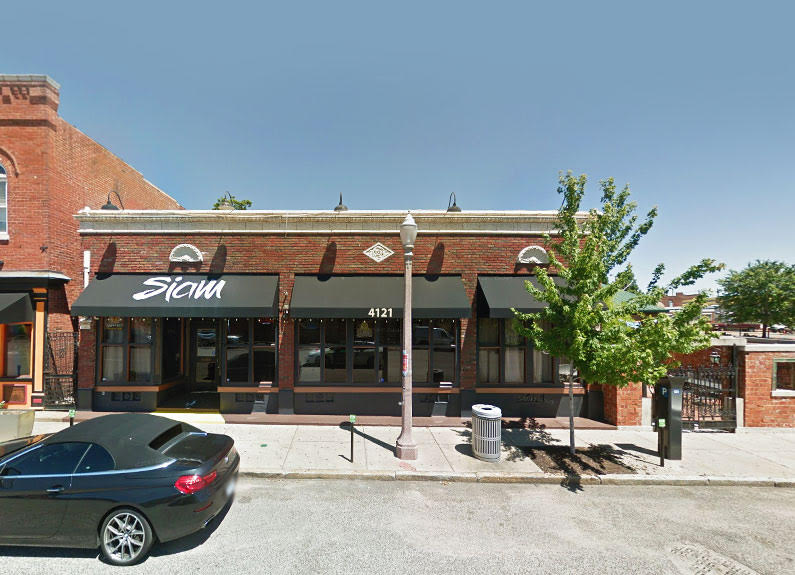 ember will open in the former siam location. google earth

In mid-June, Ember will open at 4121 Manchester Ave., in the former Siam space, as reported by the Riverfront Times. The Las Vegas-style club will is co-owned by Ryan Jacobsen and Paige Lewis, both formerly of Ballpark Village’s Crown Room.

The interior of the club will be a mix between bar space, a dance floor and bottle service areas.

“We’re going to have nine separate bottle service sections,” Jacobsen said. “We’re in a unique position to be able to offer some pretty amazing pricing on bottle service. I just want it to be accessible to have that kind of nightlife fun, feeling like a VIP without having to spend $500.”

The club will also have an extensive Champagne and liquor list, as well as 15 to 20 craft beers and domestics like Budweiser and Bud Select. Although the space does have a kitchen, there won’t be food service at first.

As far as entertainment goes, Jacobsen and Lewis are in the final stages of securing an entertainment director who will double as a DJ a couple nights a week and book outside talent for the other nights.

Ember will also have a more than 2,000 plus-square-foot patio that Jacobsen said will include sectionals, a gazebo, an outdoor pool table, a waterfall and numerous fire pits.

Jacobsen said he met Lewis while working at Ballpark Village. “We just became good friends and built from there,” Jacobsen said. “I knew right away that she’d be a good partner. Lots of creativity. Knew lots of people in the city.”

When it opens, Ember will operate Wednesday through Sunday, either 4 or 5 p.m. until 1:30 a.m. Eventually, Jacobsen anticipates, Ember will stay open until 3 a.m.