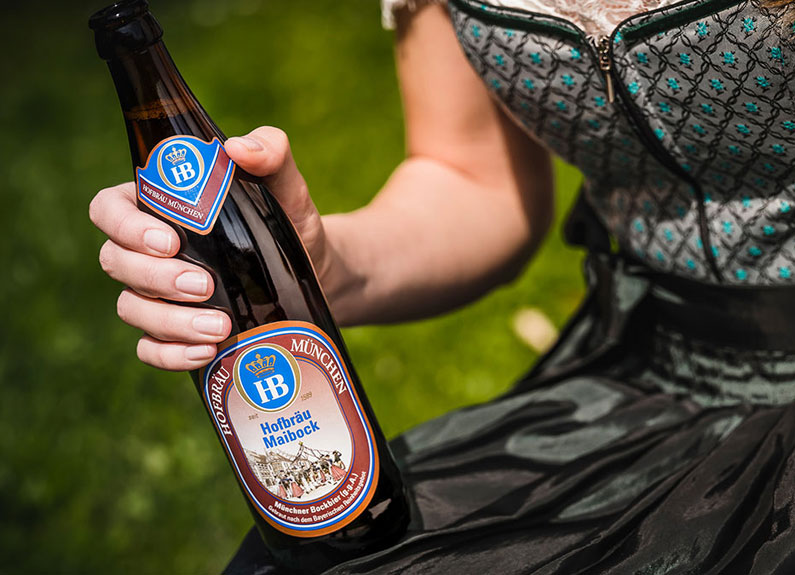 hofbräu maibock has been brewed since 1614. photo courtesy of hofbräu

The maibock, or Helles bock, is a traditional German lager brewed in the spring that’s meant to transition drinkers from heftier winter brews to lighter summer brews. Clocking in around 6 to 7% ABV, the maibock is a strong, malty beer that makes an excellent crossover into warmer weather.

1. Rockwell Beer Co. recently released its delightful take on the style, Bockwell. It’s a sweeter take on a maibock with a slight bitterness on the finish balanced by notes of caramel. It is smooth and clean, and I could easily imbibe multiple pours of this amber-colored beauty. Bockwell is available at the brewery.

2. Urban Chestnut Brewing Co. collaborated with Earthday365 to create Bearthday Bock to mark the 30th anniversary of the St. Louis Earth Day Festival in April. This delicious malty pale lager also features caramel notes that round out the noticeably lingering finish. It’s currently on draft at UCBC in The Grove bierhall, and you can find it – and five other new bock beers – at UCBC’s Maifest Saturday, May 25.

3. Off Color Brewing, the wonderful brewery I represent in Missouri, released Town Musicians at the beginning of May. For this brew, Off Color added lightly toasted German malt and traditional German hops to give the brew its complex taste. Town Musicians is a perfect balance of sweet and bitter that will leave you feeling all toasty inside. Town Musicians is available on draft at Gezellig and iTap in Soulard and the Central West End.

4. A difficult-to-beat classic, Hofbräu maibock is the epitome of the style. First brewed in 1614, this beer is one that many breweries attempt to emulate. It’s crisp, clean, and easy-drinking. Although still imported from Germany, you can find it at Hofbräuhaus St. Louis in Belleville.

5. Civil Life Brewing Co. #Carlbock is another exceptional version of this timeless style. Although not on tap yet, it was brewed at the end of April and will be available at the brewery soon. #Carlbock is clean and toasty with a hint of spice, and it’s further proof that Civil Life just cannot seem to make a bad beer.

Caitlin McGrath is a contributor to Sauce Magazine and Off Color Brewing sales representative.